Skip to content
You are here:Home-Global Trend News-Fashion Film: Sinner and Saint by Mathew John 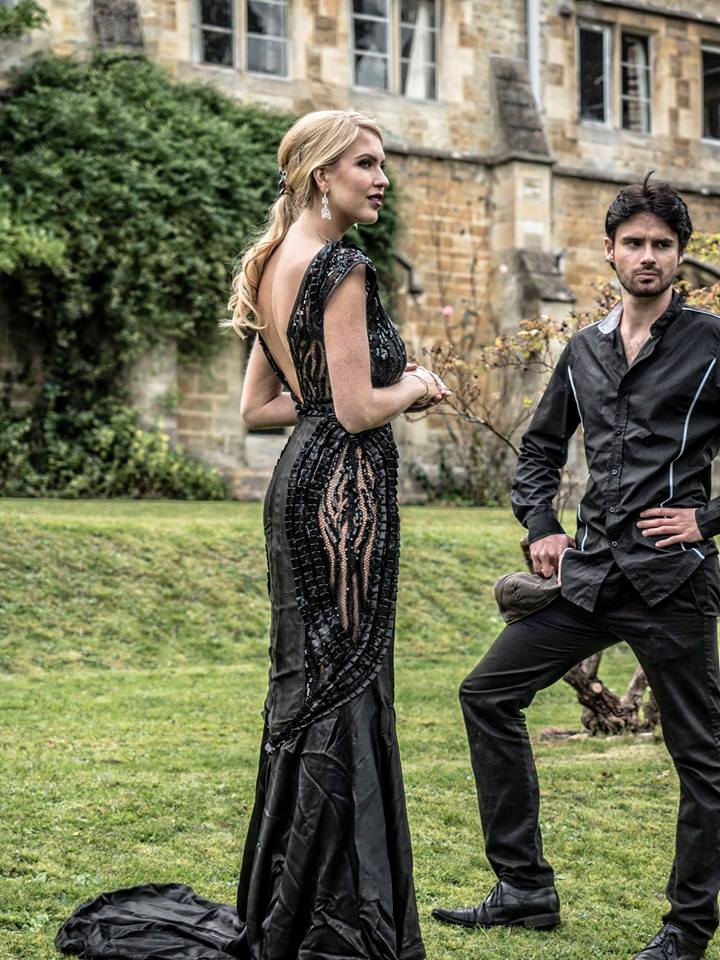 Recently we saw a cool fashion film with a great title, called “Sinner and Saint”. “Sinner and Saint” is the vision of UK Director Matthew John and French Fashion Designer Sophie Reyes. This fantasy romance short film uses elements of good verses evil in the world of seduction,  temptation and true love. The film was shot in Rocco Gardens The Covent Manor House in Stroud, England. The magical fantasy world of good versus evil is portrayed by actors Natalia Kapchuk who plays Pandora, Sephora Venites who plays Elena and Richard Walsh who is the role of Constantine. This love triangle is not complete without a bit fire, passion and angst. The film showcases couture gowns from Parisian designer Sophie Reyes. The black silk gown that Pandora wears features side panels of sheer sequin lace and has a long train that has an underlining of majestic silk purple fabric. Reyes’ gowns have been graced the Red Carpet at the Cannes Film Festival for years. Composer Nathan Renney tells the story with his melody. Several piano were also used in the garden of The Convent. “Sinner and Saint” will be featured at several film festivals.