Aknvas
Aknvas is an advanced contemporary womenswear brand founded by Danish designer Christian Juul Nielsen. Over the years, Nielsen worked at Dior, Nina Ricci and Oscar de la Renta, and more recently he’s served as the creative director of the rock-‘n’-roll, Seventies-inspired line Land of Distraction, and Hervé Léger. Last season Land of Distraction seemed to be non operational. While his role there remains unclear, he took the opportunity of time (his ongoing contract with Hervé Léger being part-time) to start an exciting new project, his own line!
Aknvas focuses on modern, well-designed, and innovative daywear for dynamic women. Designed in New York City, the brand creates clothing that moves seamlessly from desk to dinner, with a focus on drape, flattering silhouettes, innovative knits and an elevated palette.
Nielsen’s Danish influence shows in his aesthetic. The line is a mix of mannish fabrics with clean lines and easy, flattering shapes. The designer’s inspiration is the girl that works in fashion. He says the line “is in many ways about the girls I know and love…that I see working hard for their careers. Having jobs now where they need to be presentable, and show personality, because that’s how they made it into their career.” Artistic women he’d seen growing up, or working hard at LVMH Moët Hennessy Louis Vuitton, whom he believes are looking for affordable options with the fashionably chic. When designing his brand, Nielsen homed in on the question, “How can I actually create a price point that’s somewhat affordable but [that is] treated like designer clothes?” 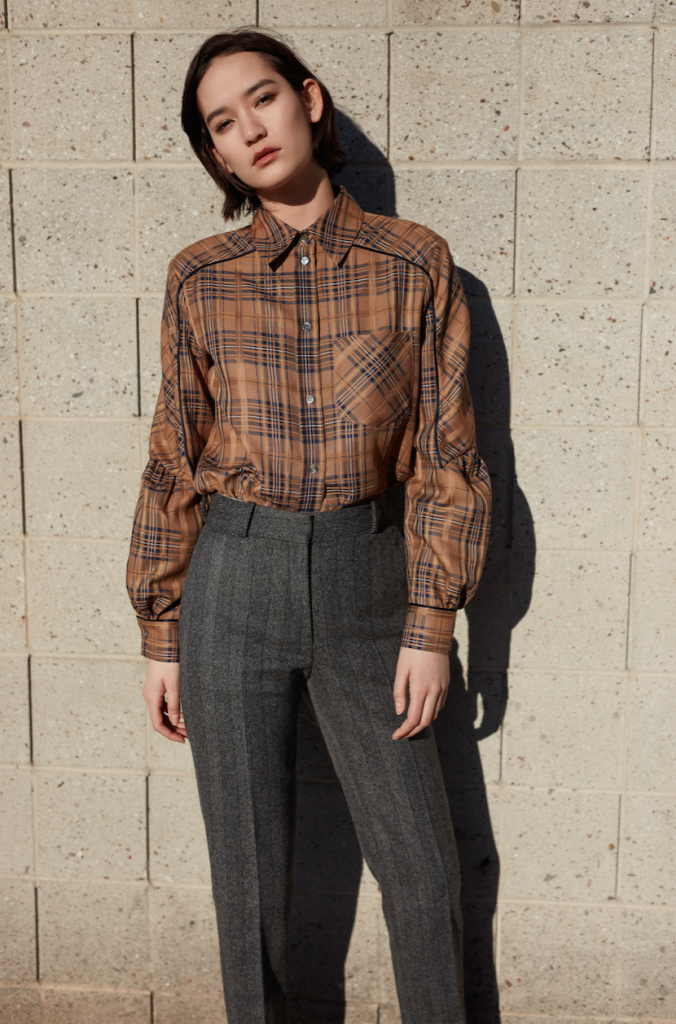 David Hart
Born and raised in Annapolis, Maryland; David Hart began designing clothing at a young age. At seventeen, he received the Fashion Group International Scholarship Award and moved to New York City to study at the Fashion Institute of Technology.  In 2004, he received his BFA in fashion design, with a specialization in evening wear and tailoring.
Over the next seven years, while designing for Anna Sui, Tommy Hilfiger, and Ralph Lauren, Hart refined his skills. He honed his eye for sartorial craftsmanship, explored his interest in the history of American sportswear, and continued to cultivate his own distinct aesthetic.
His Fall 2020 collection has a 70’s aesthetic mixed with a little grunge and streetwear. It represents the modern urban man.
Hart prides himself on creating confident yet approachable clothing for the modern gentleman. With every collection, Hart consistently lends a modern eye with a nostalgic twist.  Each piece is infused with history and classic details. 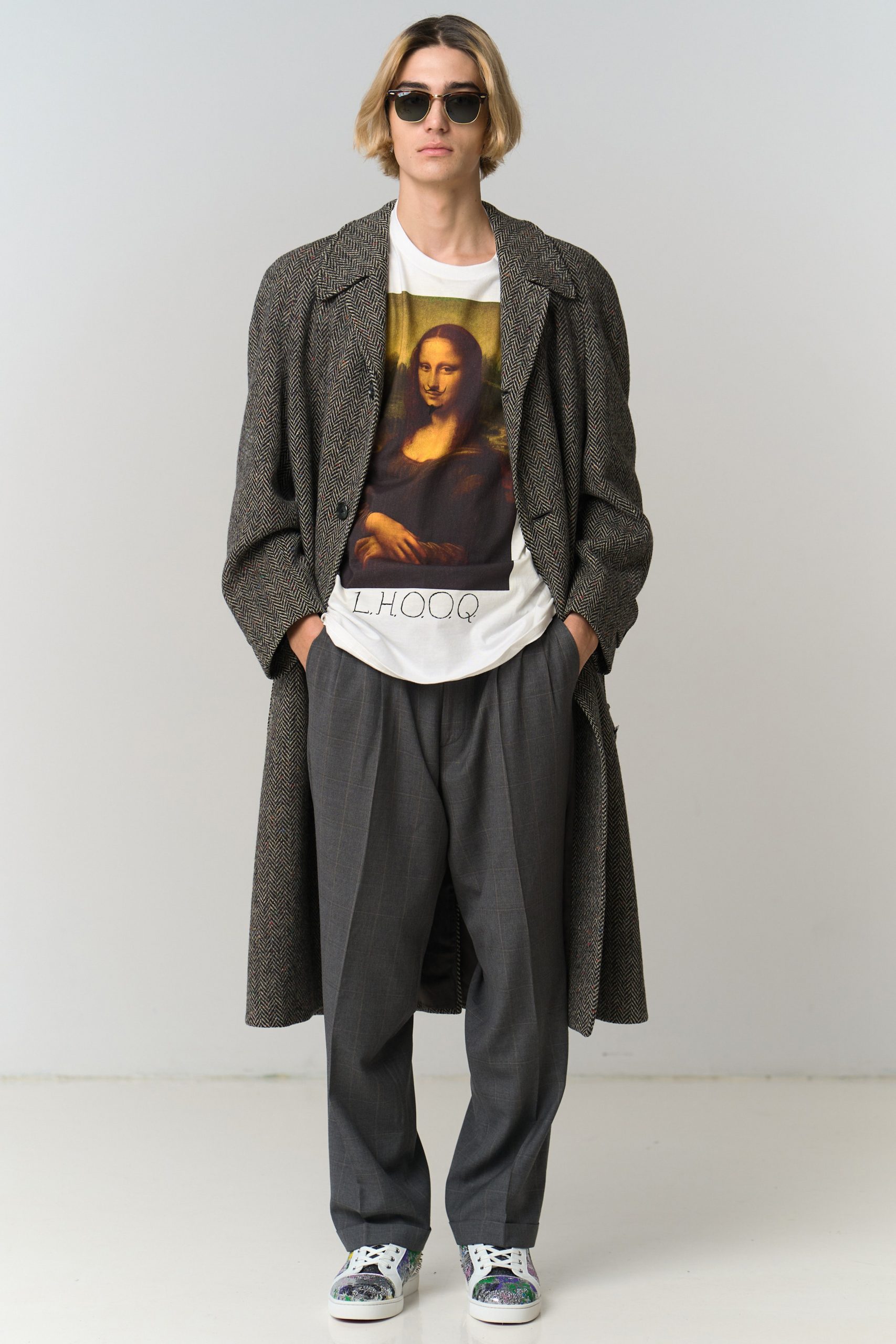 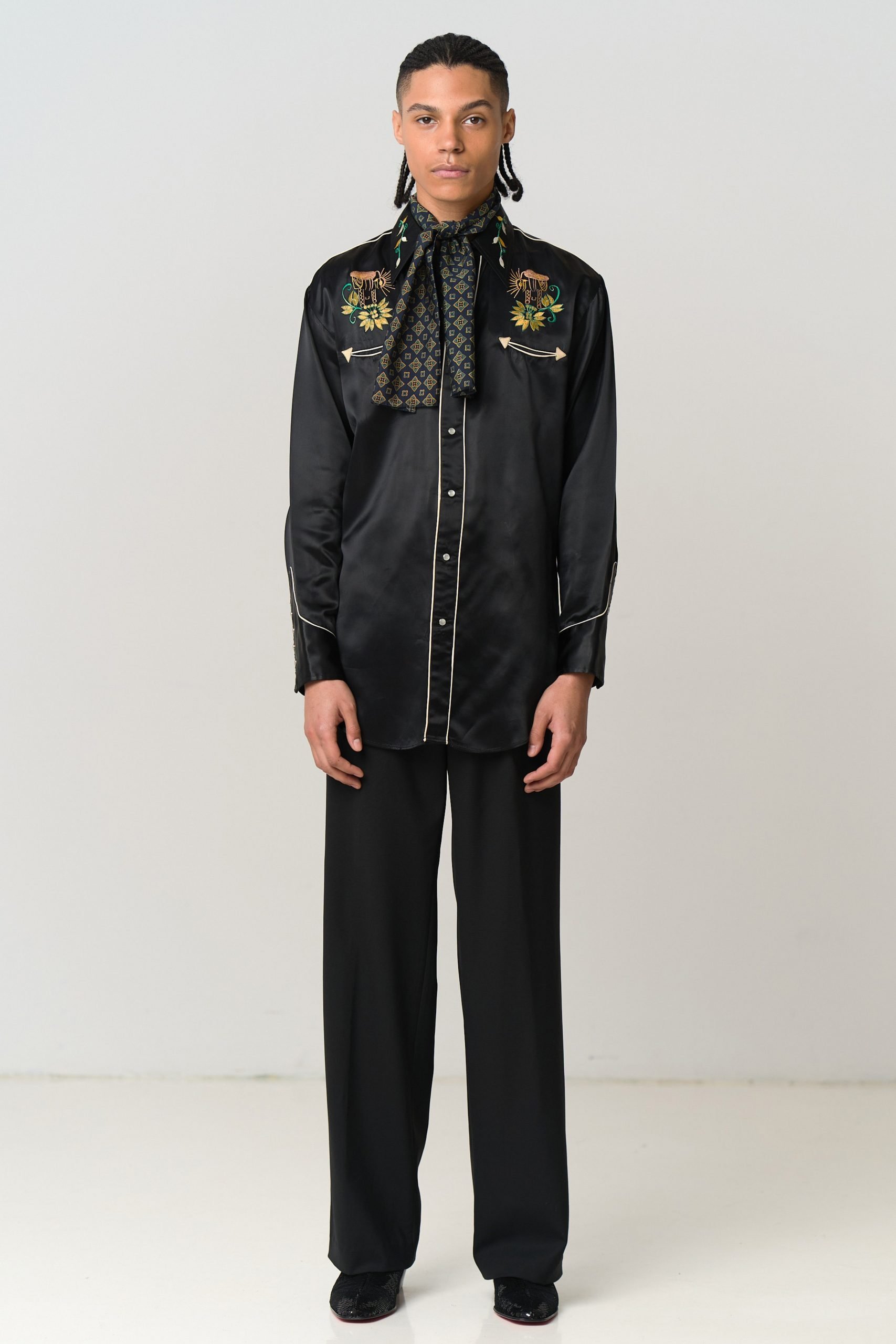 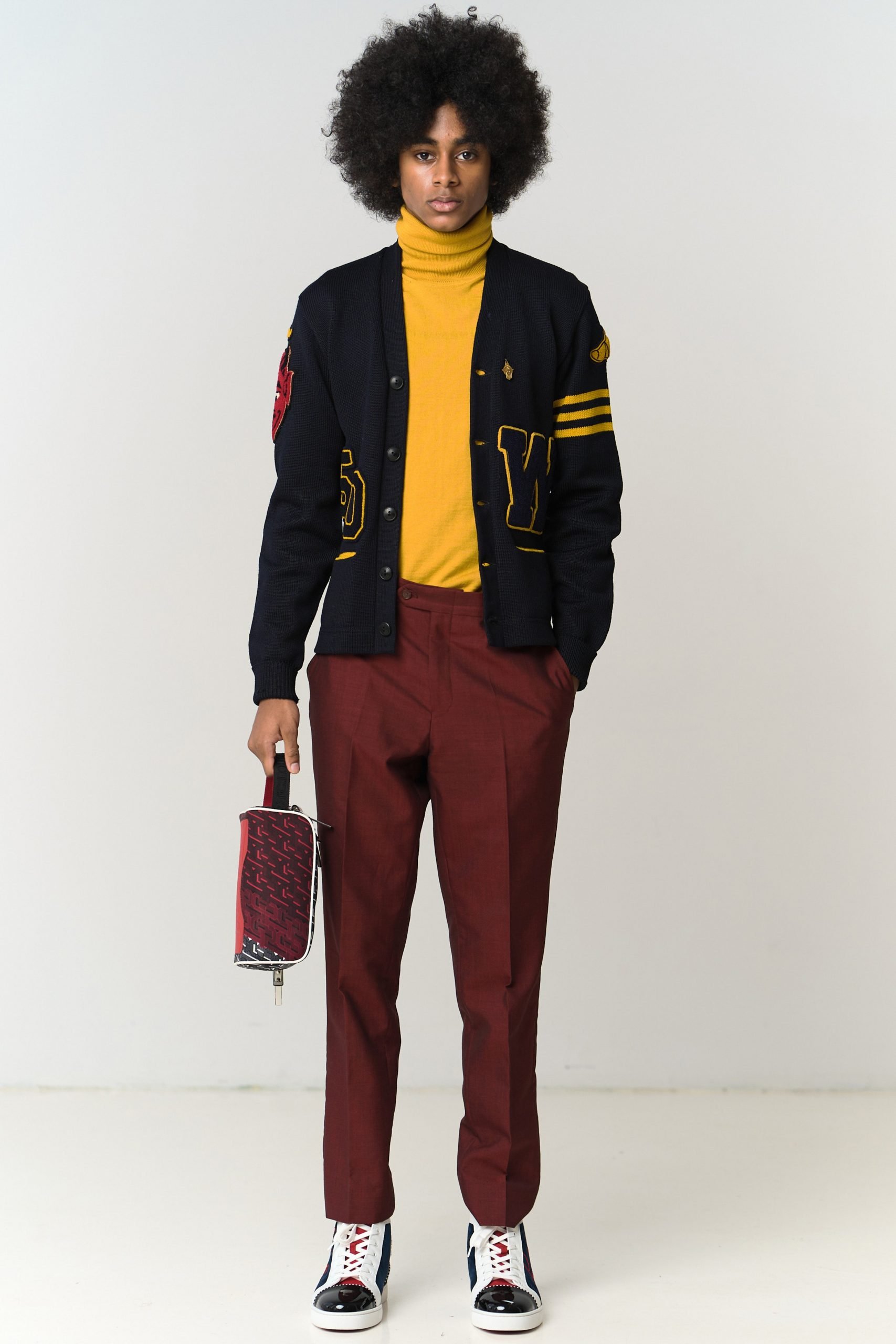 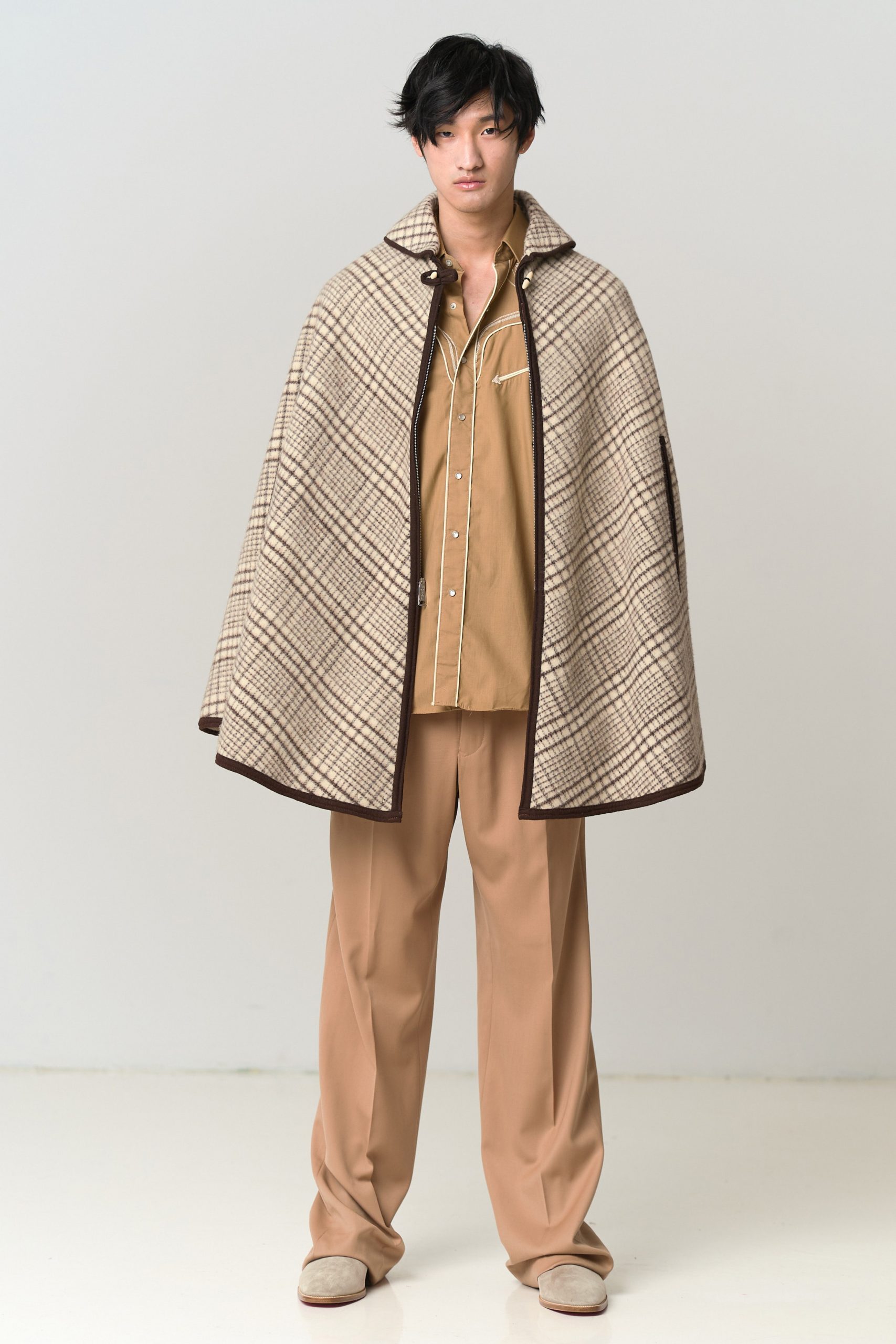 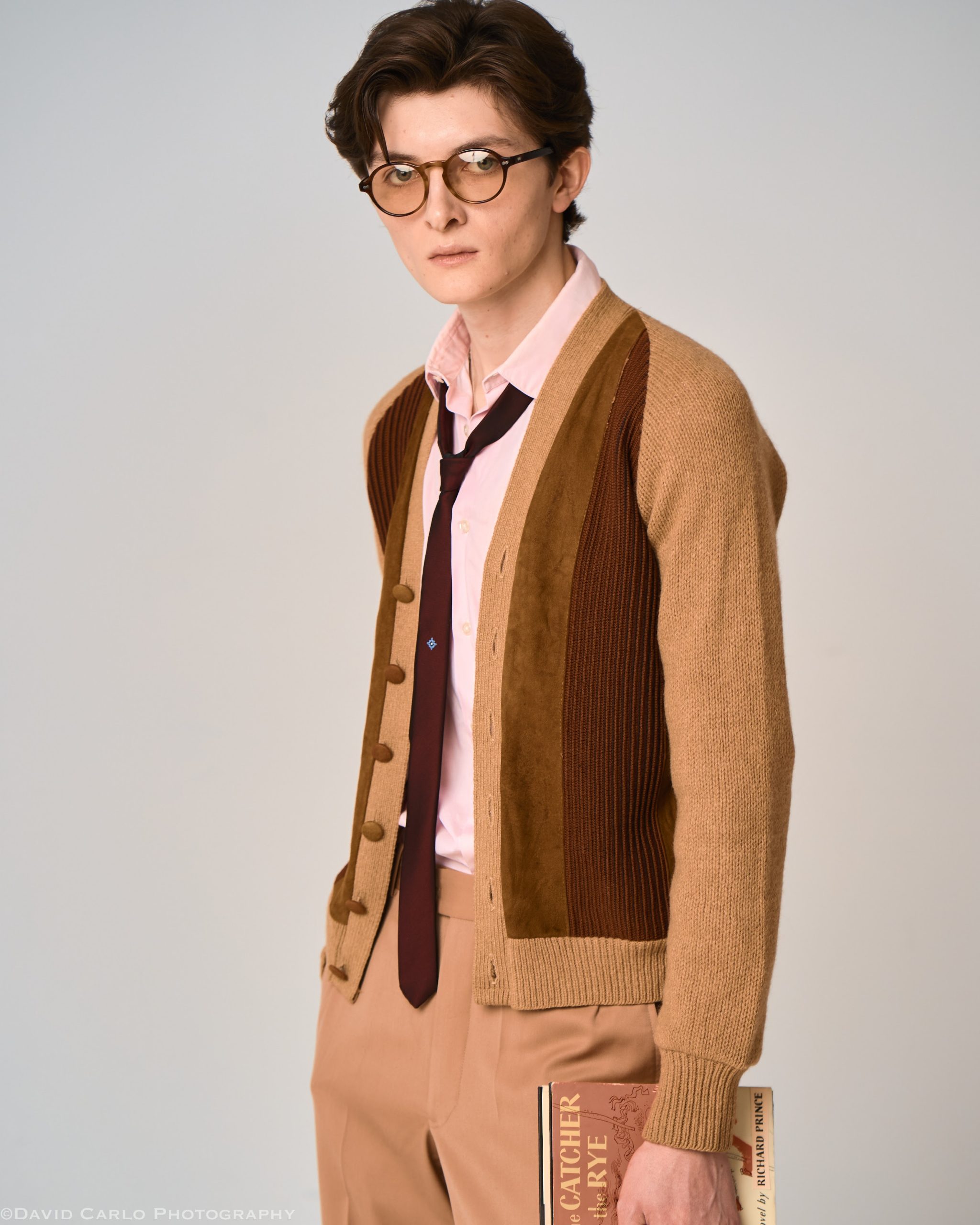 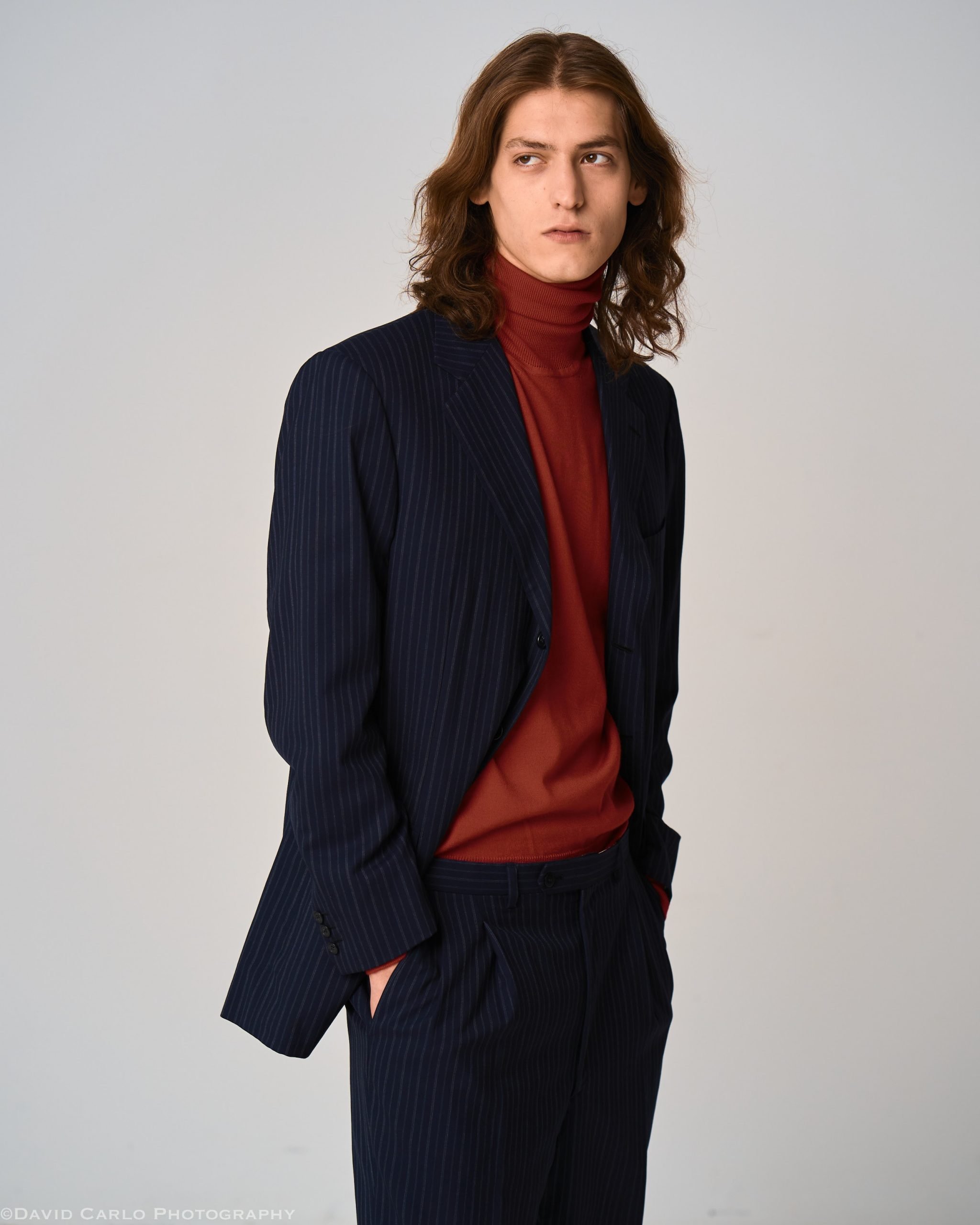 Private Policy
The Private Policy fall collection is a mostly unisex array that really gets it right in terms of being flattering. Their fall collection also makes a social statement. The designers Haoran Li and Siying Qu have used their fall collection to address America’s big pharma drug problem. They titled their collection Get Well Soon, a reference to the pharmaceutical industry’s shady dealings: prolonging patents on old medicine to increase prices; spending millions on marketing, not research and development; and getting into bed with the medical insurance companies, to name a few.

Li and Qu, have always had  a mission to combine their creative talents and with a sociopolitical message. This particular message is especially timely in the midst of the current global pandemic. The Private Policy fall line features among other things, a crewneck sweater with a blurred-out teddy bear with syringes sticking out of his back. There is also a clear plastic raincoat with rubber gloves smushed into the lining. Humor aside the brand has great tailoring and the clothes are also wearable chic. 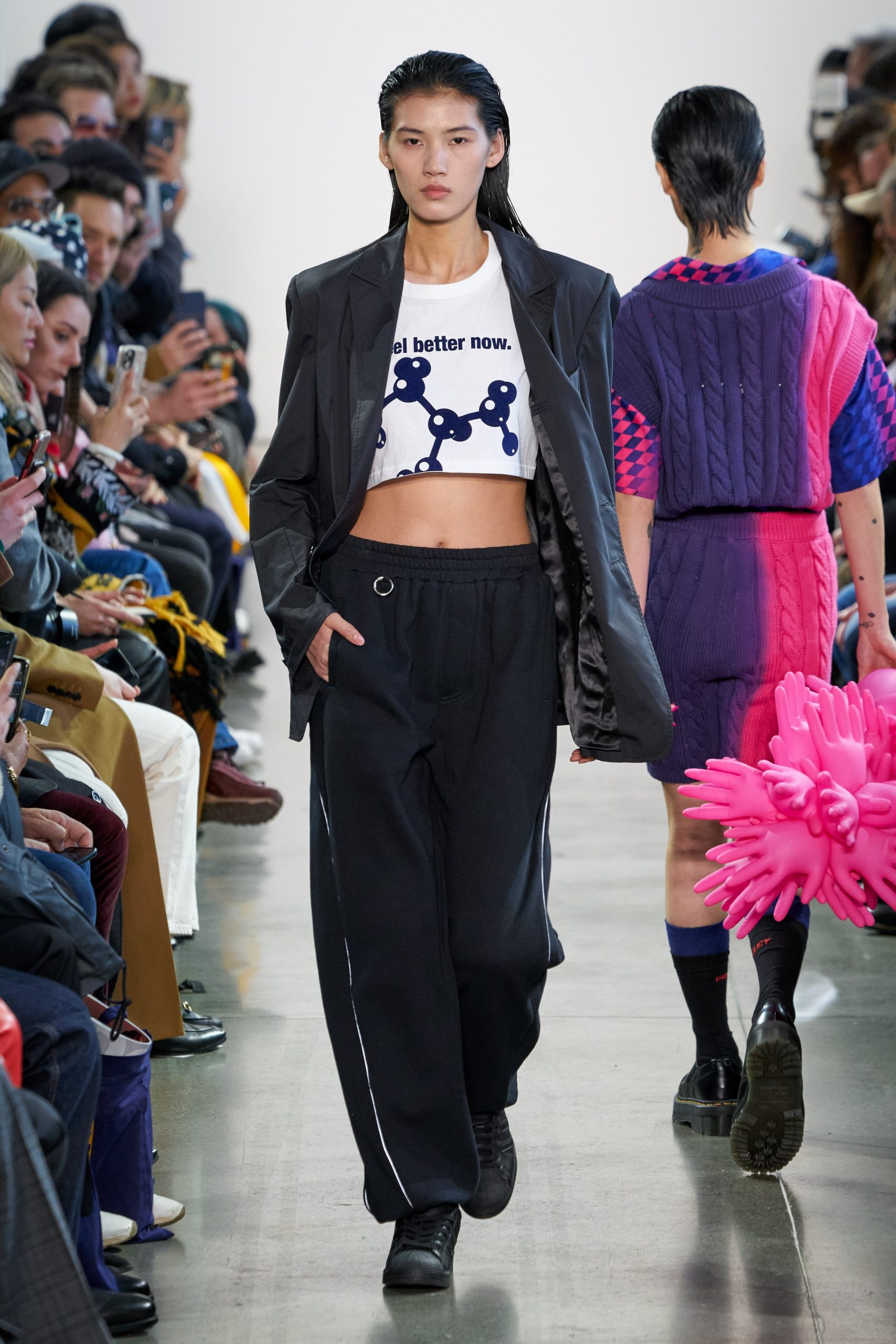 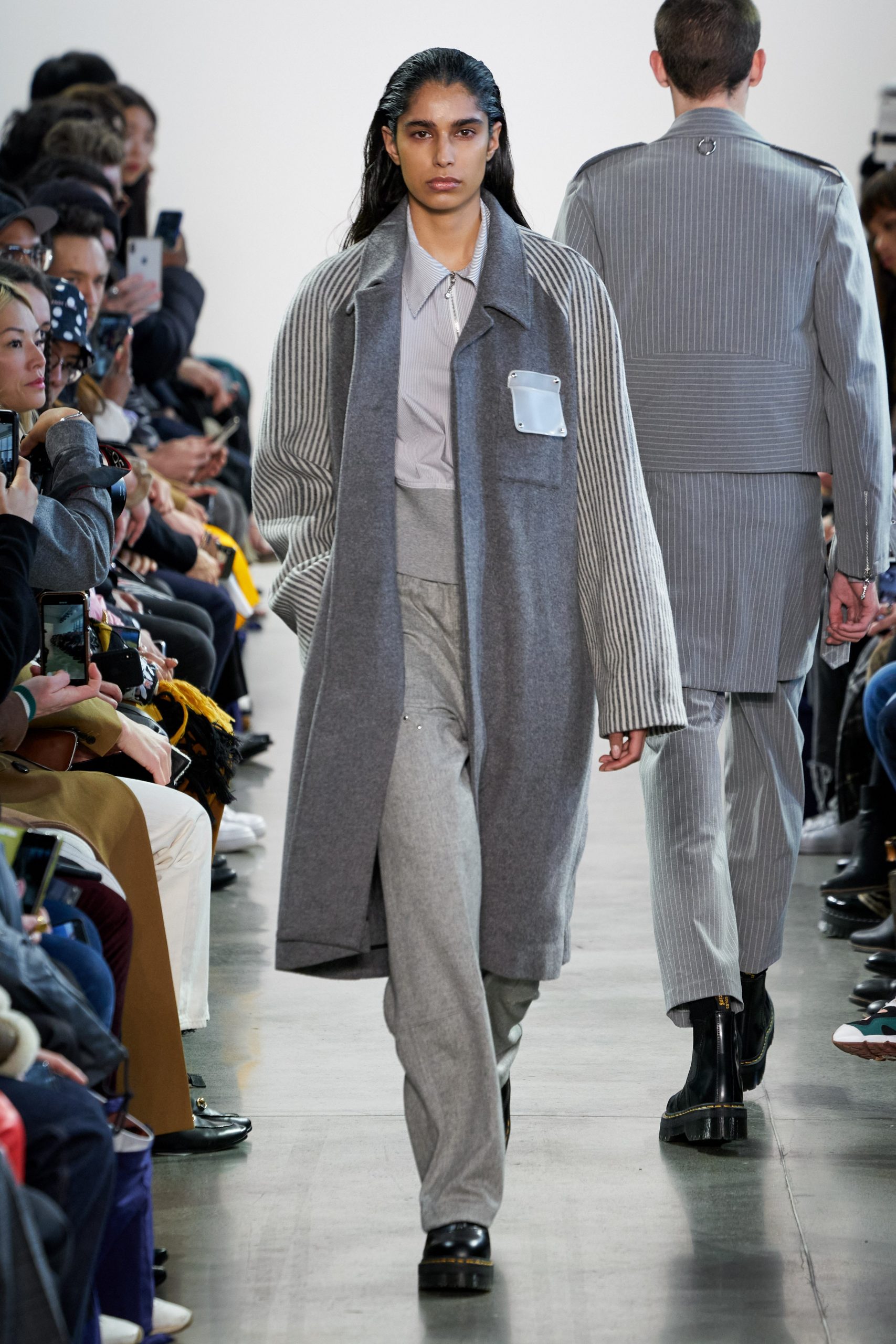 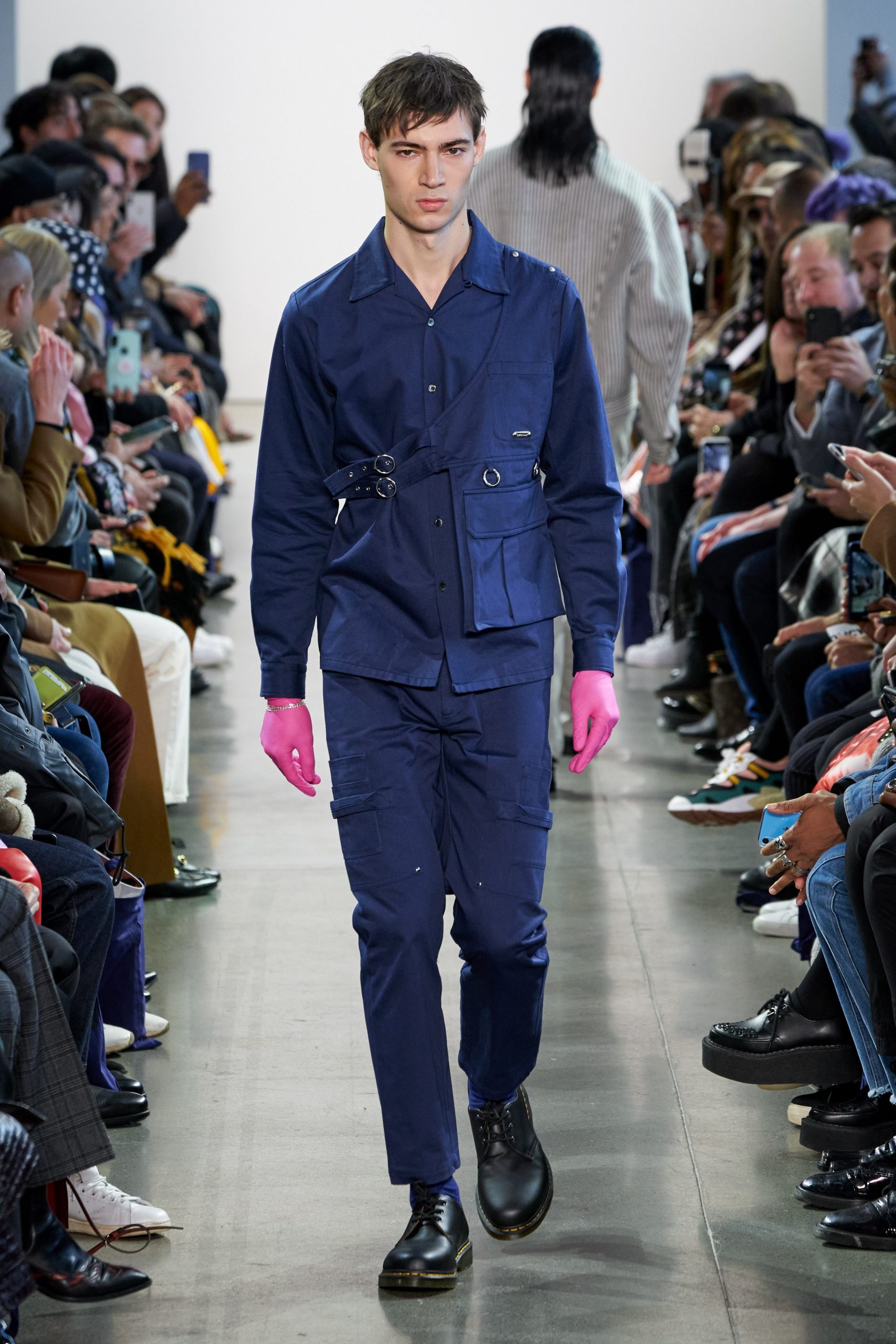 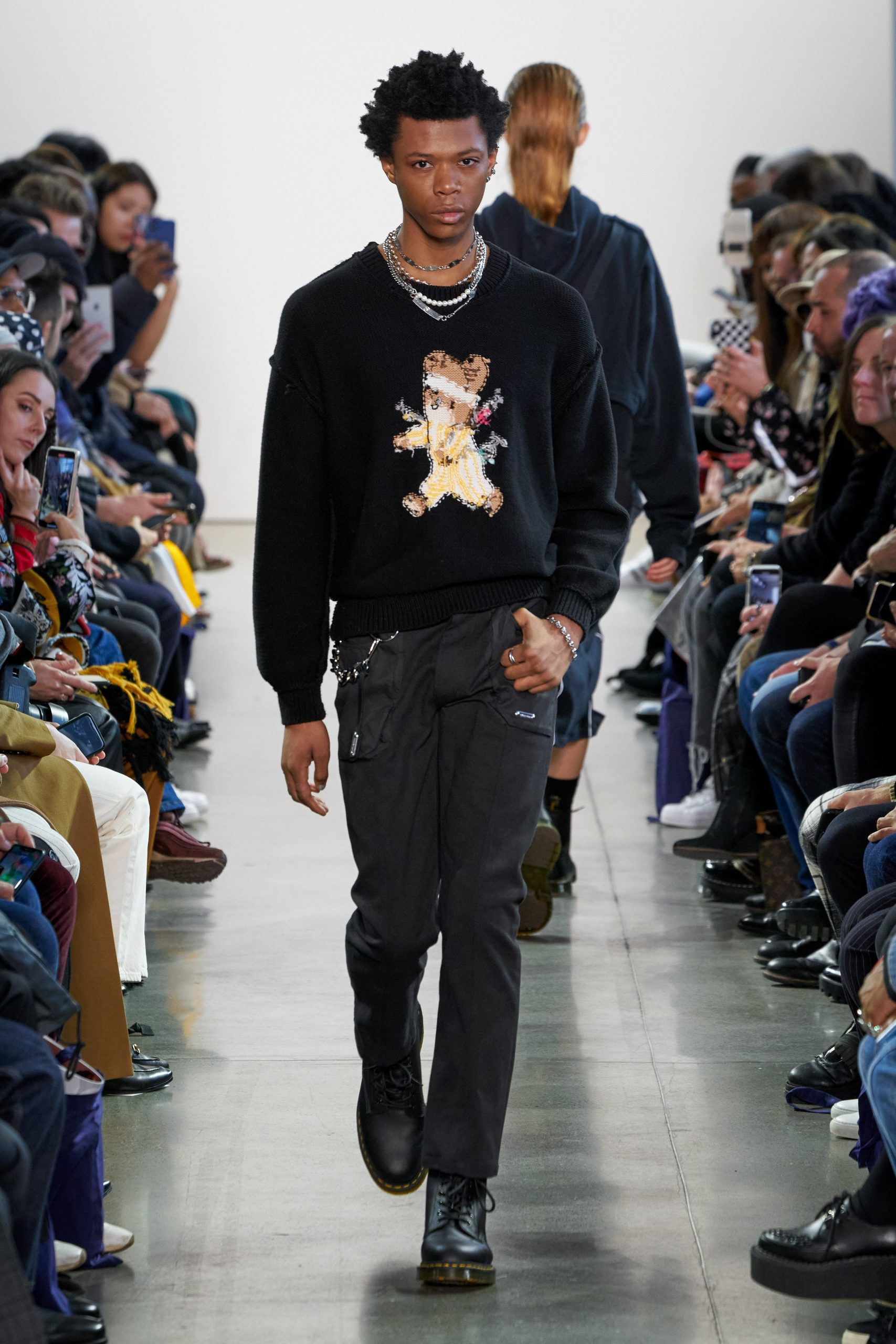 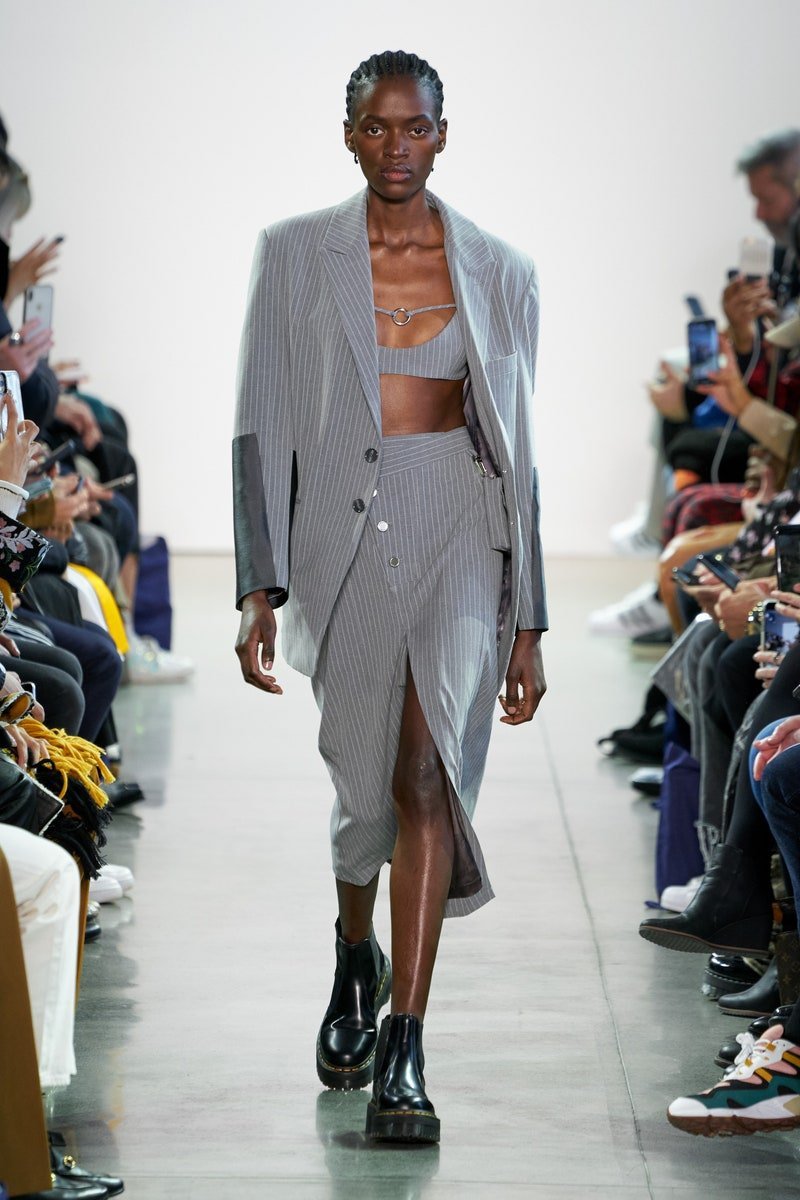