Skip to content
You are here:Home-PFTV ARTICLES-London Fashion Week- As Weird As Ever

London Fashion Week- As Weird As Ever

London Fashion Week always has its own quirky personality. It is always a little bit fashion and a lot of artsy spectacle. Established to emerging designers presented looks that highlighted their creativity.

At the Fashion East line-up the shows featured a neon knitted mish-mash from Matty Bovan, supermarket stripes and sculptural shapes from Richard Malone and a whole lot of sheer from the embellishment queen, A.V. Robertson. It was an extremely colorful and unusual set of collections. 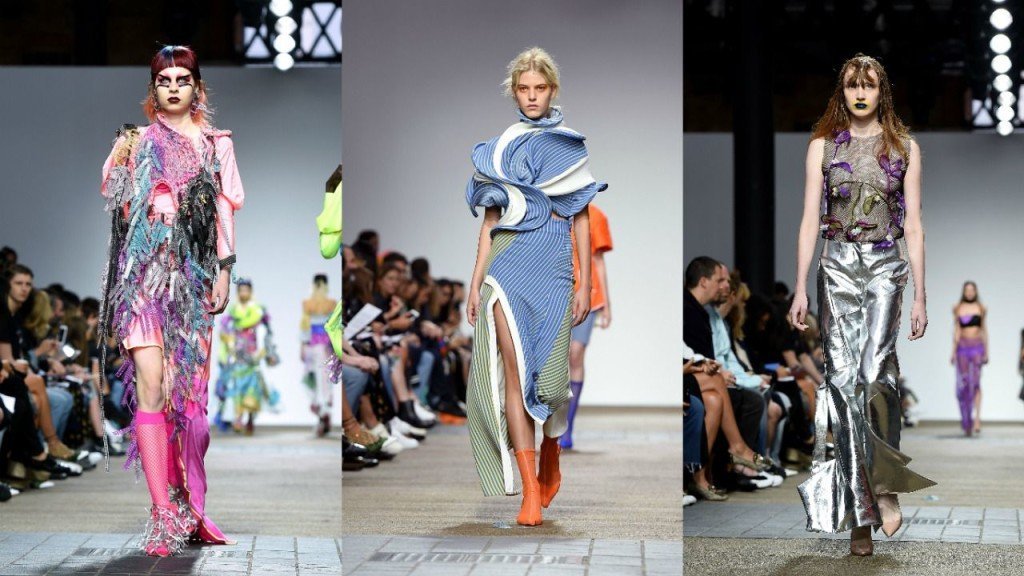 Faustine Steinmetz did denim meets alien. With denim jackets and jeans abstracted with hand-weaving and hand-dying. Asymmetrical maxi skirts were refreshed with light airy materials, and crop tops and jackets were made with button details. Girls were inexplicably painted blue as well. 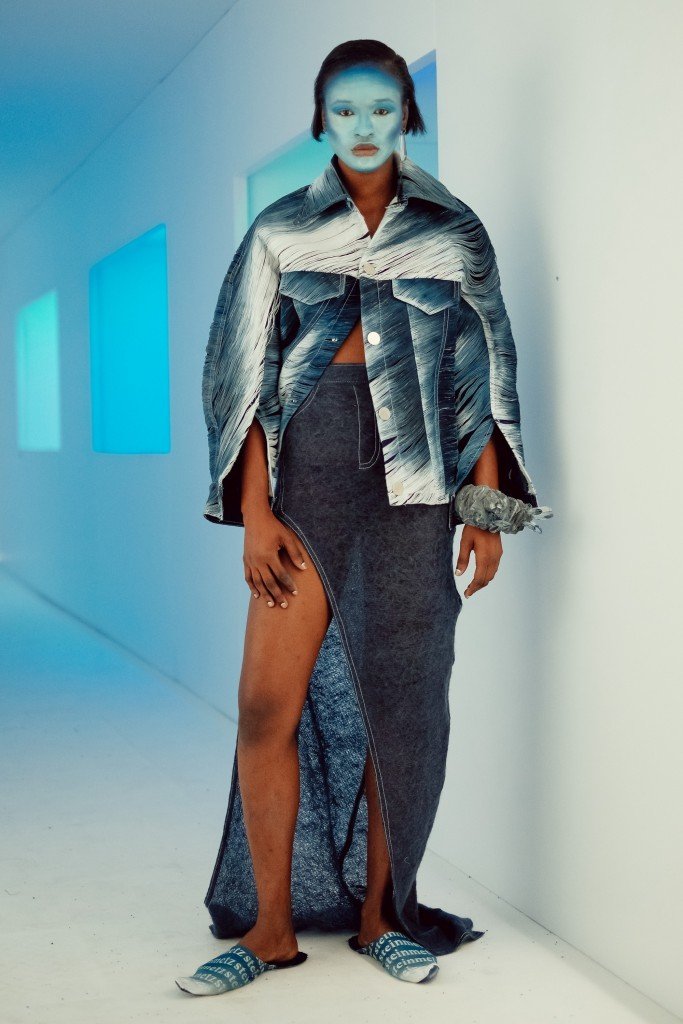 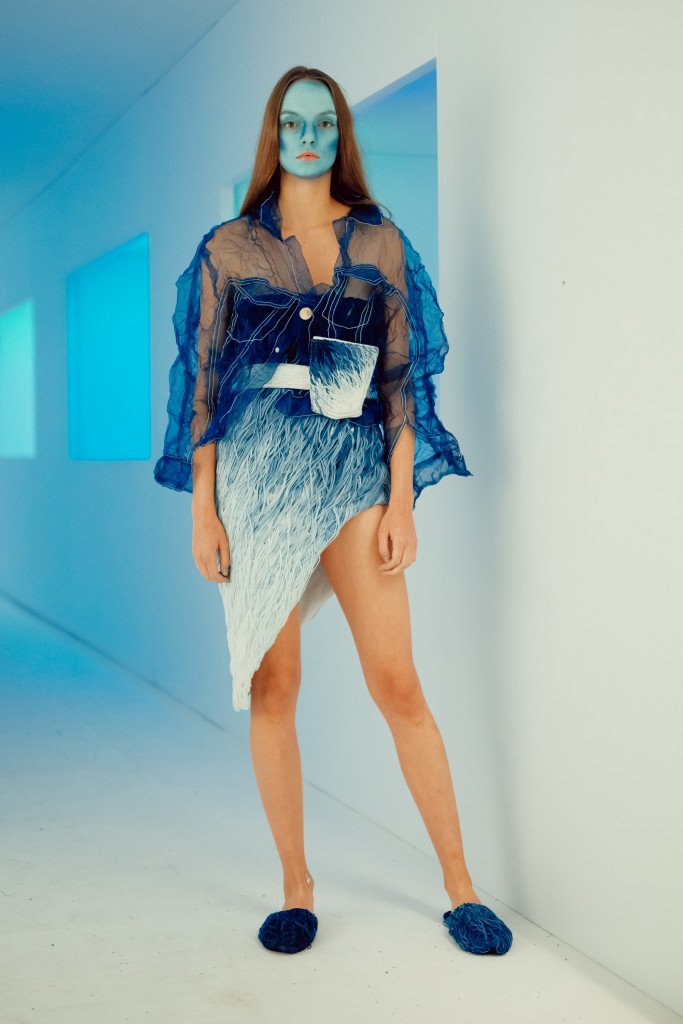 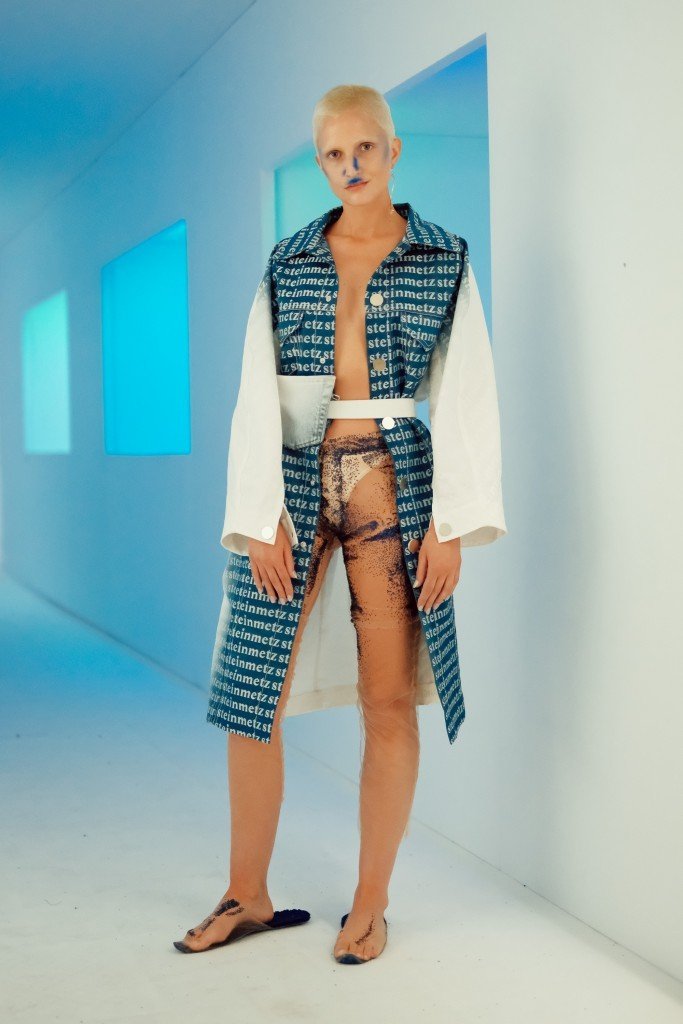 Gareth Pugh is known to treat fashion as an art. He doesn’t intend for looks to be worn as they are presented.

He based his latest collection on costumes he created for a sun-themed opera, using golden triangles and black stripes to depict rays of light.

It’s an audacious play for any designer to debut a full-length opera and a runway show scheduled over two cities within 24 hours. Gareth Pugh is a designer known for an intense creative method. The collection featured large stunning headdresses, perfect for a movie or a Martian princess. 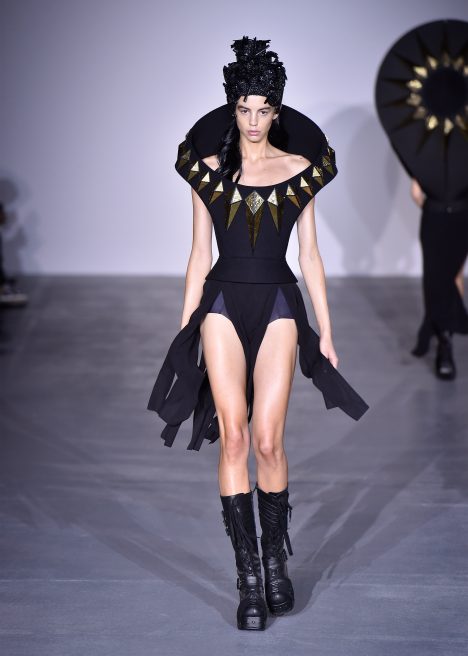 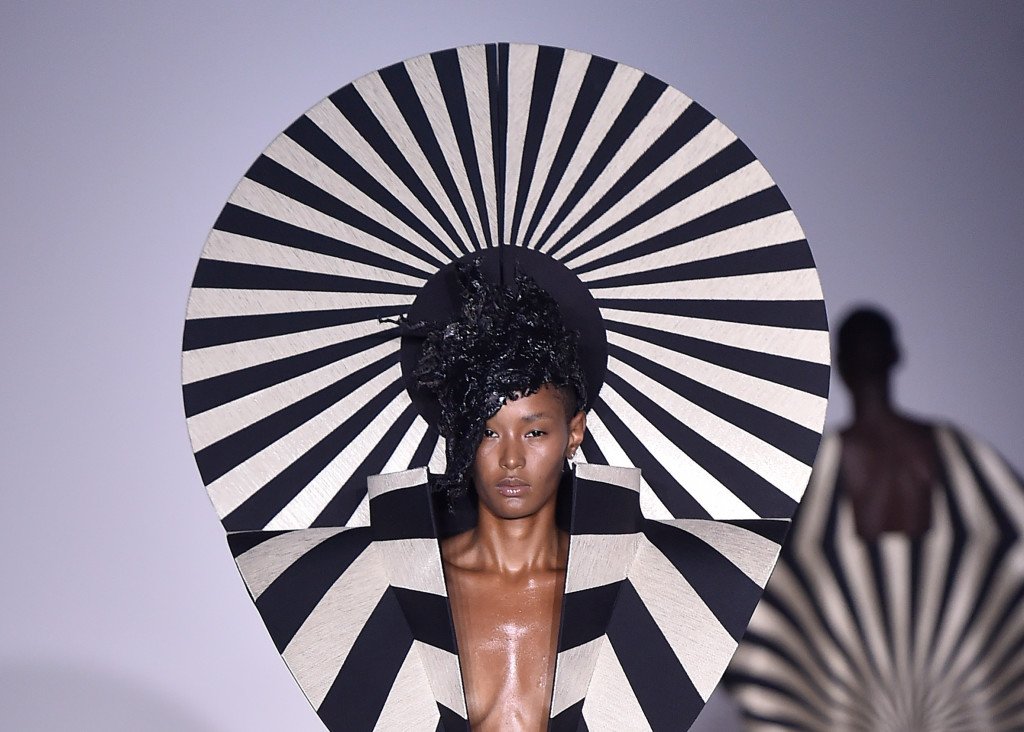 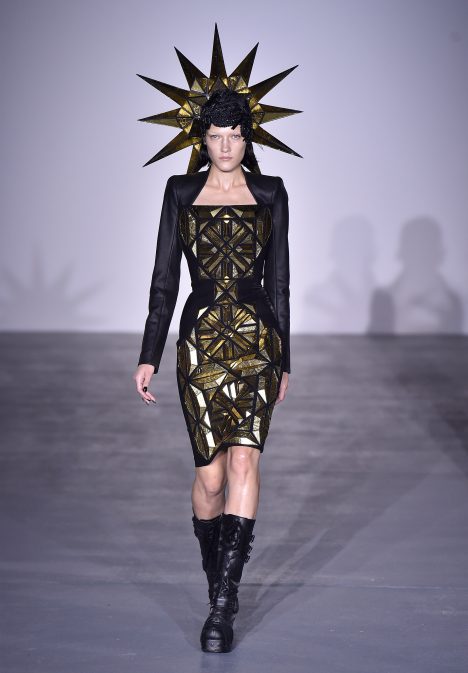 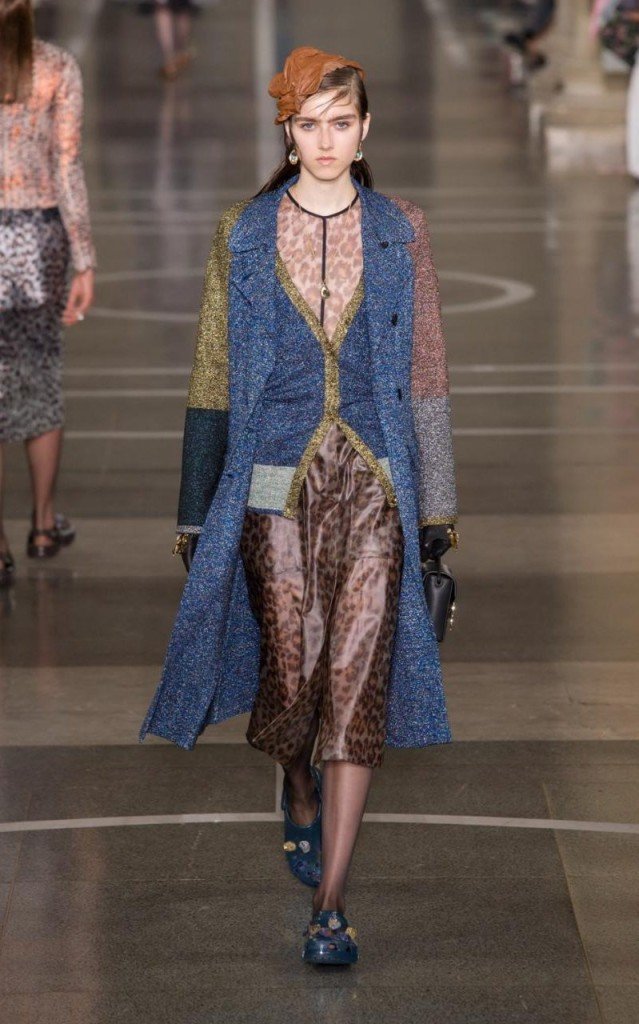 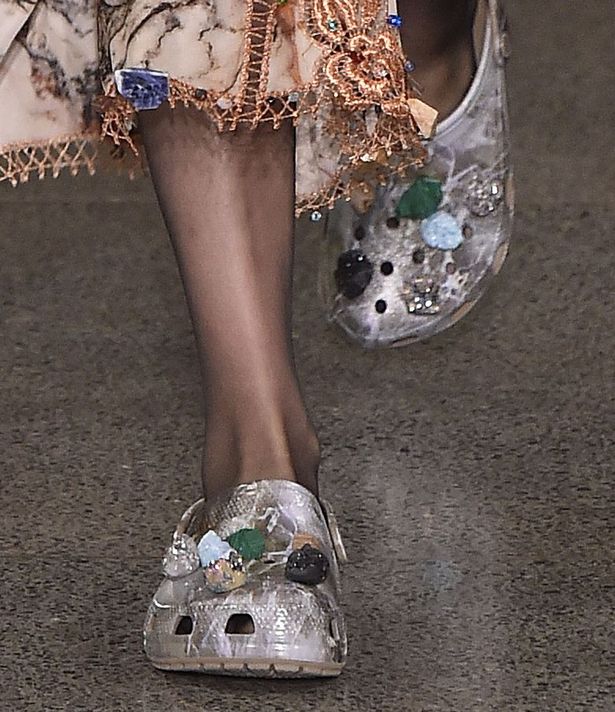 London Fashion Week- As Weird As Ever