Milan Fashion Week had some surprises. The Italian designers usually represent the epitome of chic. This year there was  plenty of  unorthodox points of view to go around.

Ferretti mixed edginess with delicate lace. There was a Spanish theme to the dresses, that were cinched at the waist with stiff leather belts with oversized buckles. Leather bandeau crop tops were teamed with sheer layered skirts. Bella Hadid walked the show. 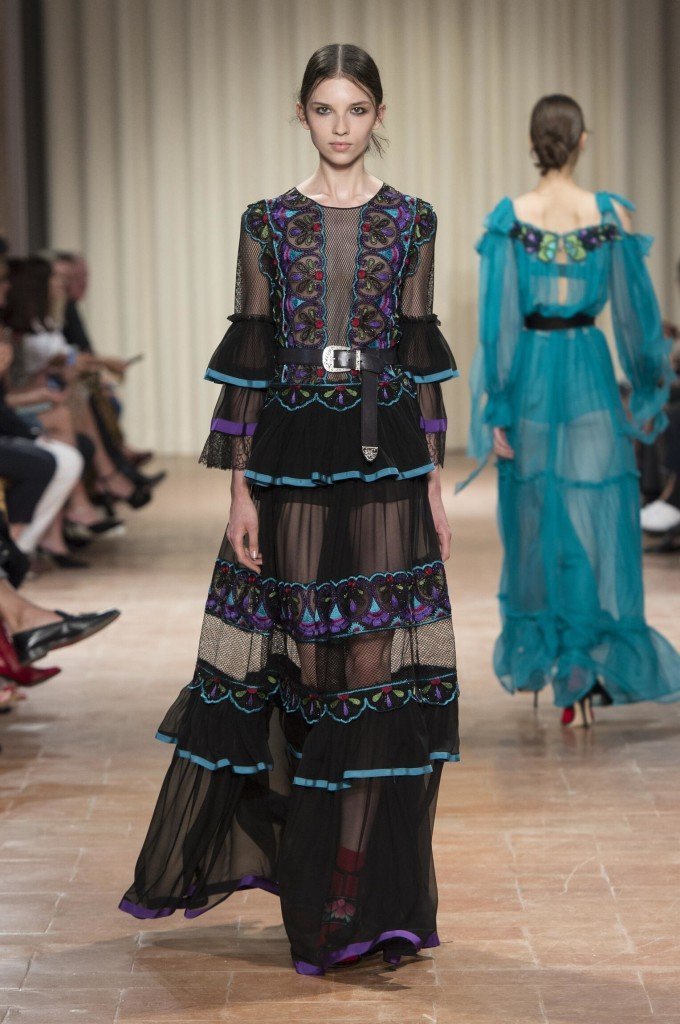 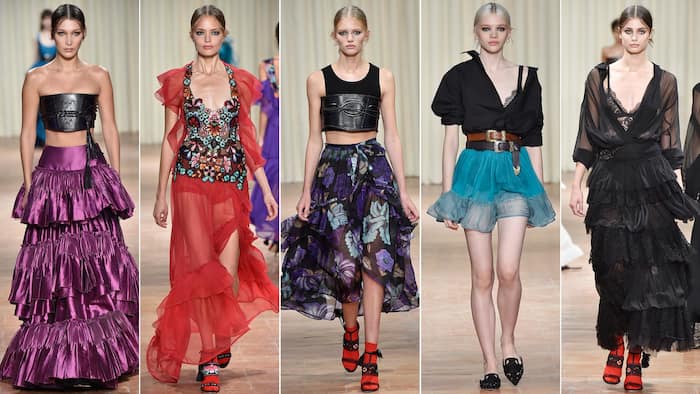 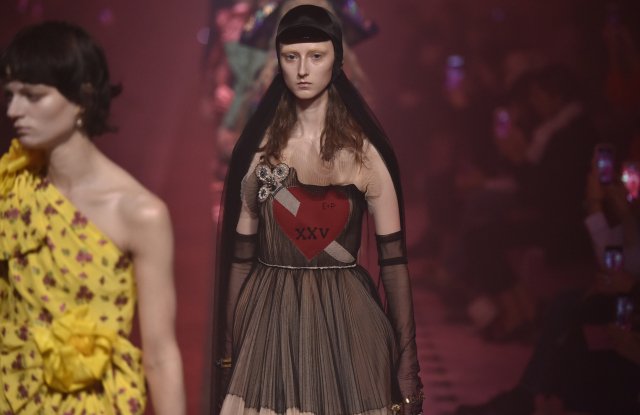 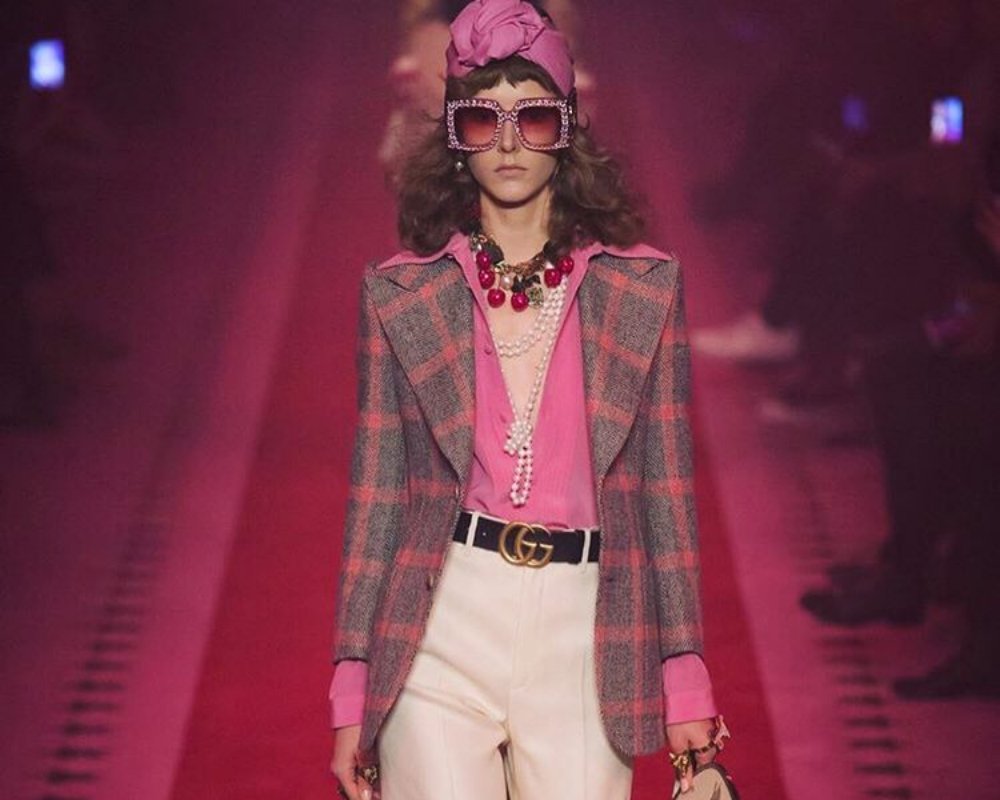 In his third outing for Roberto Cavalli since being made creative director last year, Peter Dundas showed a patchwork of influences that included Navajo-inspired beaded dresses and kaftans, long, lean Seventies trouser suits with deep flares and patchwork details, and tiered Boho maxiskirts. The looks were worn with low-slung Western concho belts and trailing skinny scarves. The look was a Coachella meets Marrakesh hybrid. It was perfect for the modern hippie. 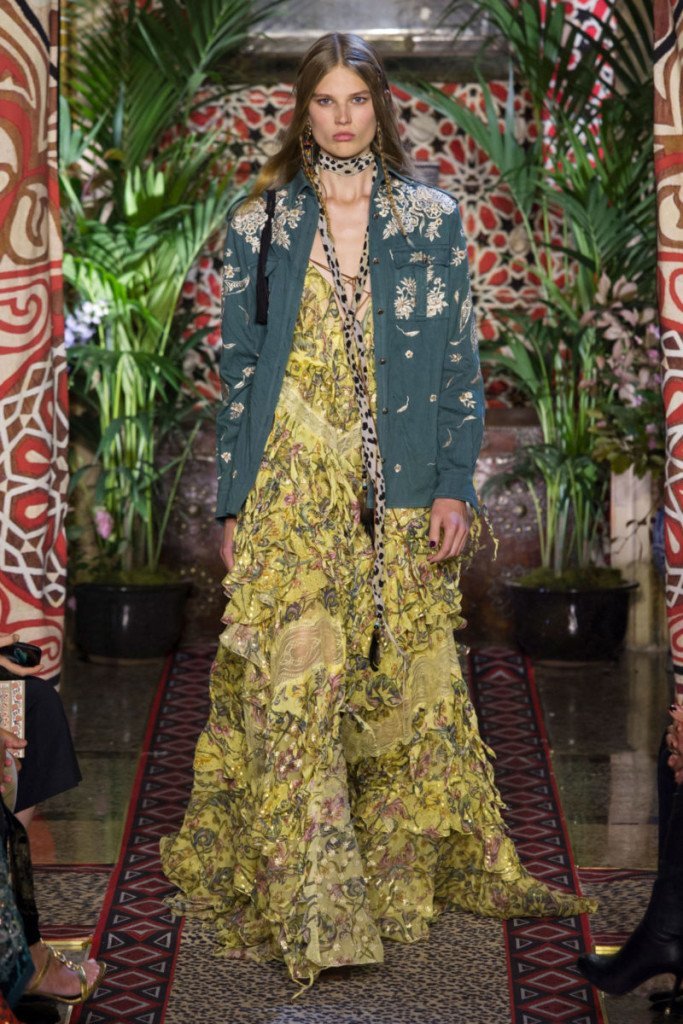 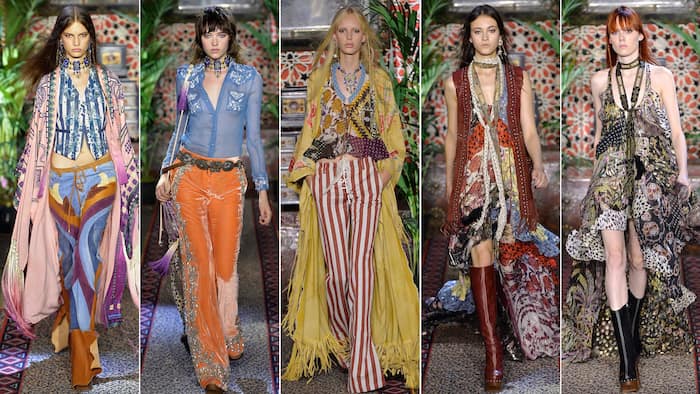 The Philipp Plein fashion show was staged with as amusement park theme for the tacky chic woman. Muscle bulging “groundsmen” were posed around the women. The guys were the “groundsmen” of this fairytale land.  They were tasked to perform chores like soaping their pectoral muscles, or snipping plastic topiary, while simultaneously admiring the models.There was fairytale cottages and a flying chair carousel. The look was ghetto fabulous and the models walked around the room’s perimeter while a live DJ played. 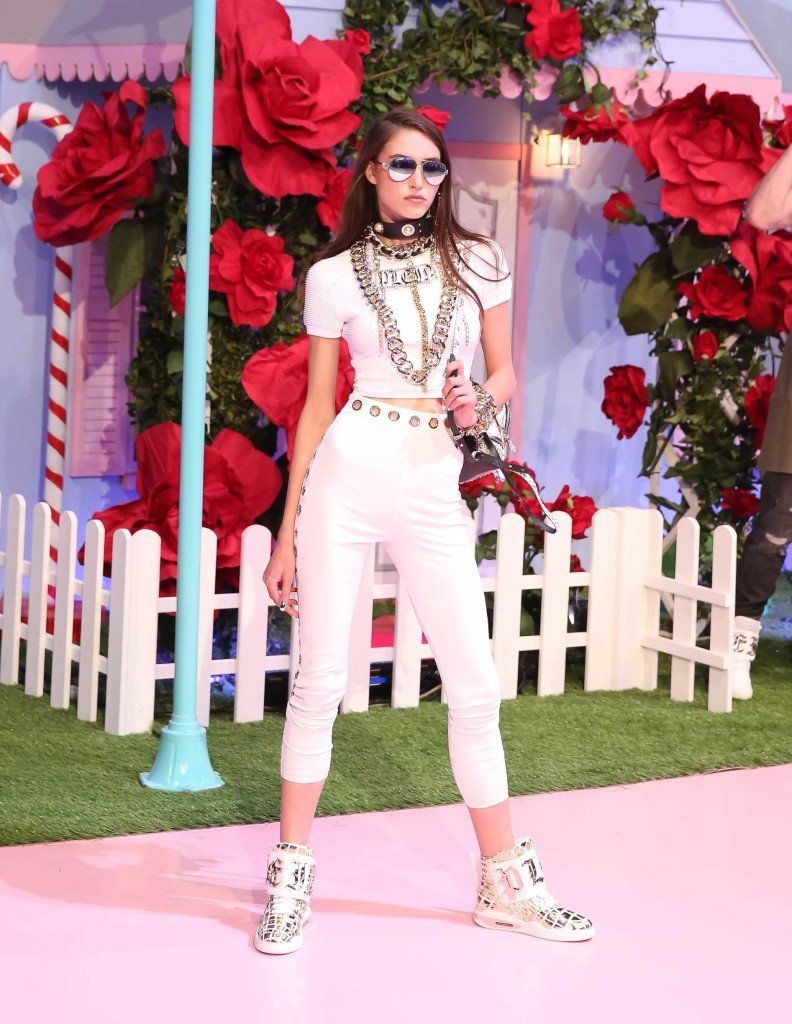 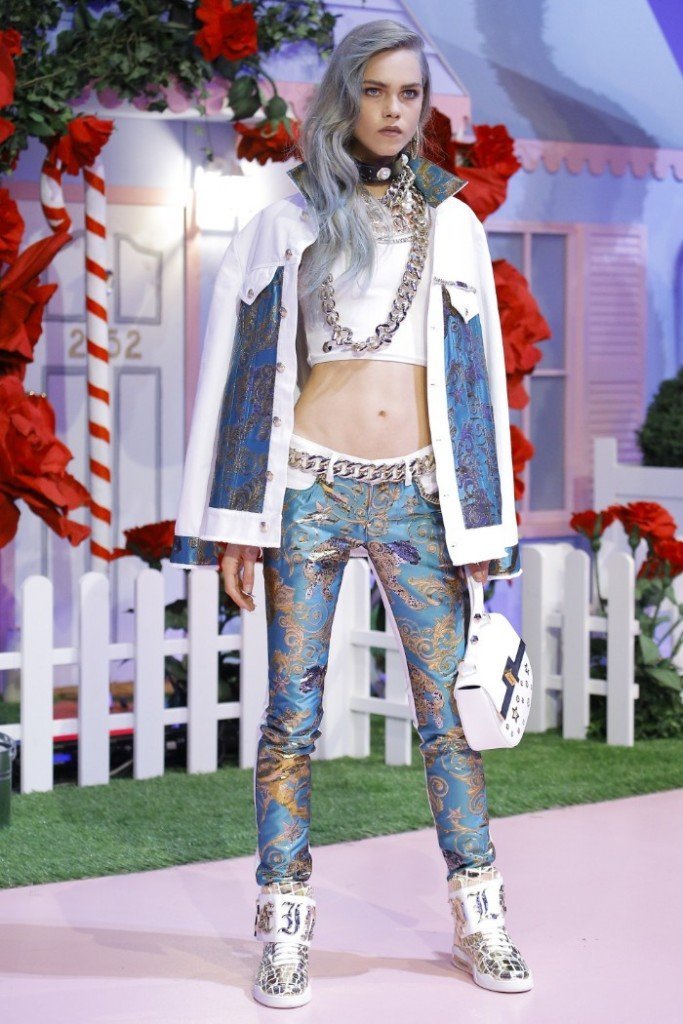 Donatella Versace embraced an athletic streak at the Versace show. She still maintained the signature sex appeal that defines her brand though.

The Versace vision of sportswear was sleek, ultra wearable and could reality translate from day to night. Functional materials such as ultra-lightweight nylon, transparent bonded waterproofs and drawstring pulls were elevated to couture status. Sweatshirts and tank tops came with intricate and raw-edged lace trim whilst Versace crystal chain mail was embroidered across wrap dresses that shimmered like sun-kissed water.

The Versace show boasting a star-studded model cast including the Hadid sisters and Naomi Campbell. 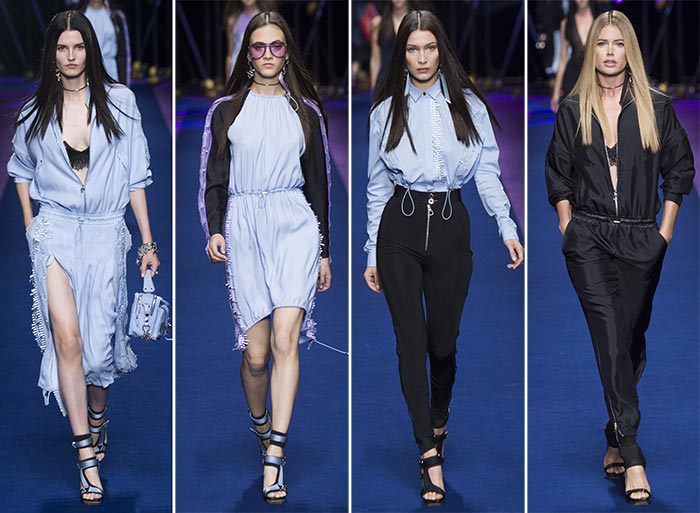 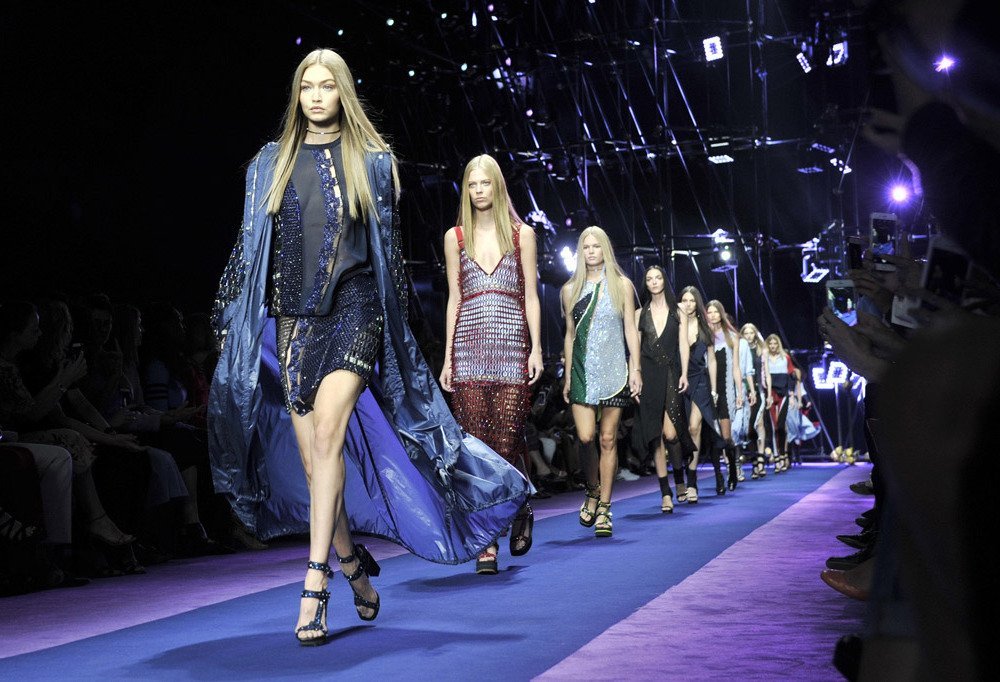