The 74th anniversary of the Cannes International Film festival recently took place (July 6th-17th) and many stars were sure to show up looking their best. We are here to show you some of the most talked about and favorite looks at the prestigious series of events. 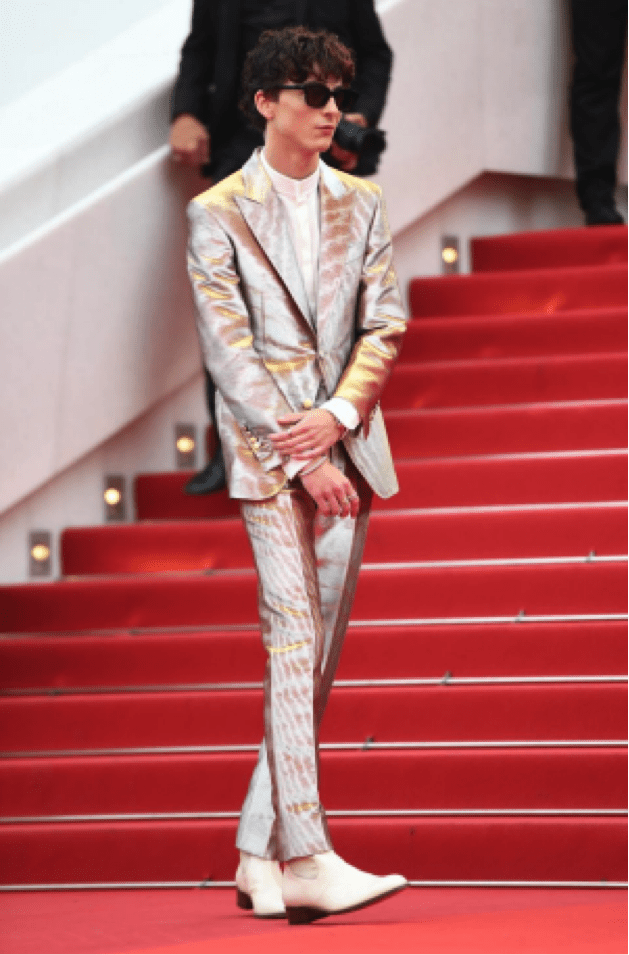 Actor and heartthrob Timothée Chalamet wore a custom silver jacquard tuxedo by Tom Ford to the premiere of “The French Dispatch.” He complemented his look with cream-colored chelsea boots, Cartier jewelry, and black Celine sunglasses. 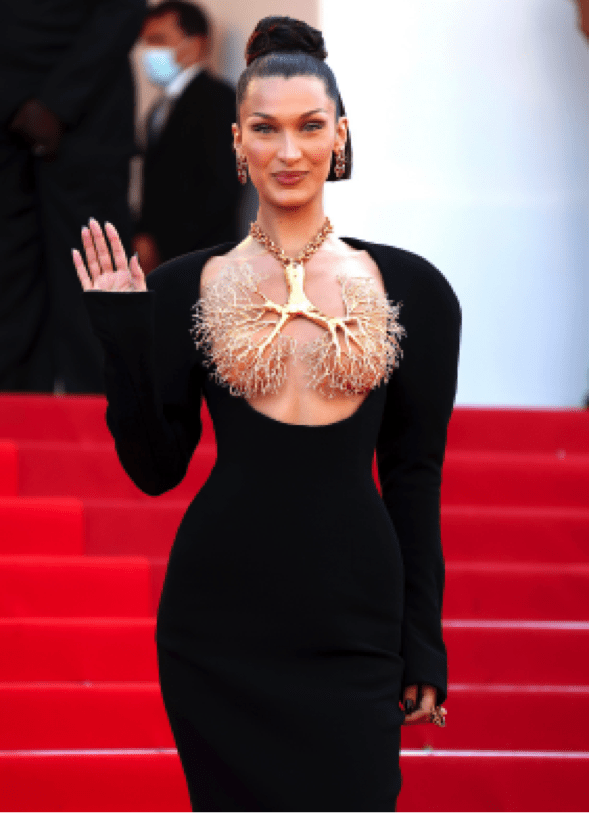 Bella Hadid was talked about by many while wearing a unique, artistic couture gown. While attending the premiere for Tre Piani (Three Floors), Hadid wore a form-fitting, long-sleeved black dress by Schiaparelli. With the neckline cut below her chest, Hadid also wore a brass necklace mimicking an “anatomical cast of bronchi,” as reported by Vogue. She took our breath 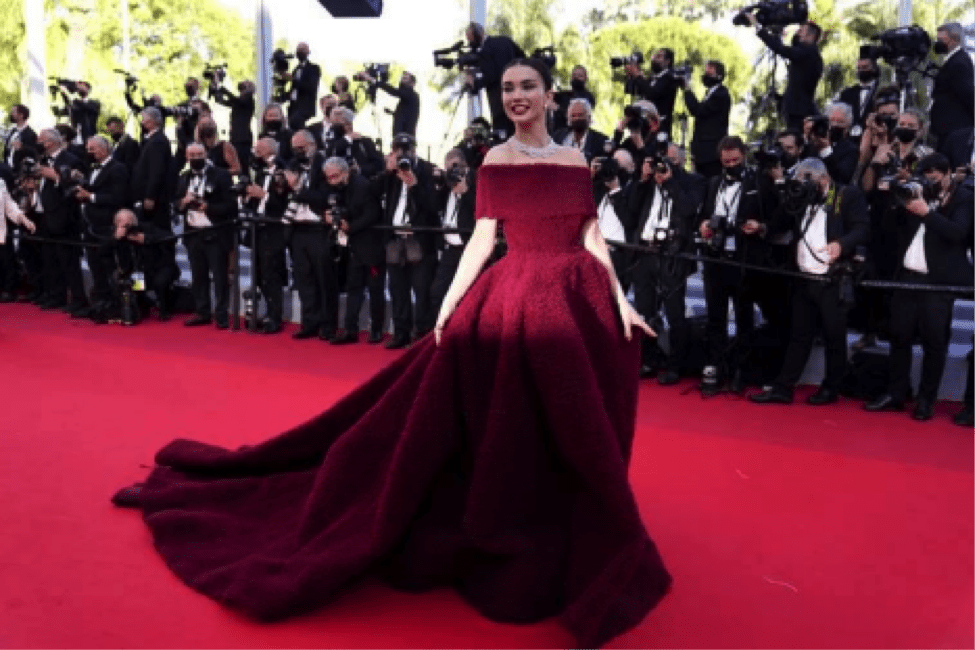 Bollywood star Amy Jackson appeared at the screening of the film “A Felesegem Tortenete” (The Story Of My Wife) looking like a royal in her gown. Jackson strutted down the red carpet wearing a burgundy ball gown as if it were made for a queen. The dress was made with lots of intricate detailing, including micro-ruffles, an off-the-shoulder fold, and a flowy bottom. Her nails and lip shade matched her dress in the shade of dark red. Her diamond necklace and diamond studded earrings gave her look the final touch. 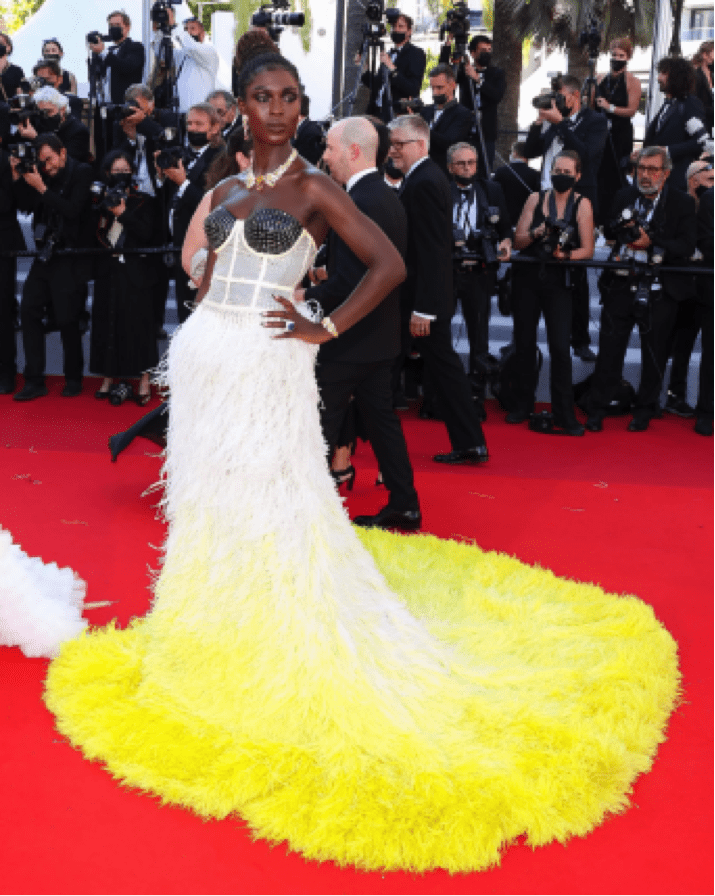 Attending the world premiere of “After Yang,” Jonie Turner-Smith caught the attention of many in her custom Gucci fit. She wore a vinyl bodice embedded with jewels. The skirt attached was crafted from cream organza, layered with white and canary yellow ostrich feathers. Her outfit was complemented with select Gucci jewelry.

It’s always exciting to see what the stars are going to wear to the annual film festival in Cannes. Who is wearing your favorite look?