A SUMMER IN PARIS: WHAT YOUR FAVORITE CELEBS ARE WEARING IN THE CITY OF LOVE

With countries reopening following the COVID-19 vaccination rollout, travel plans are being made to the French capital, Paris. Known for its croissants, architecture, and the Eiffel Tower, Paris is also known for its fashion. Several celebrities have already made their way to the city, making a fashion statement as they go. Let’s have a look at what they’re wearing. 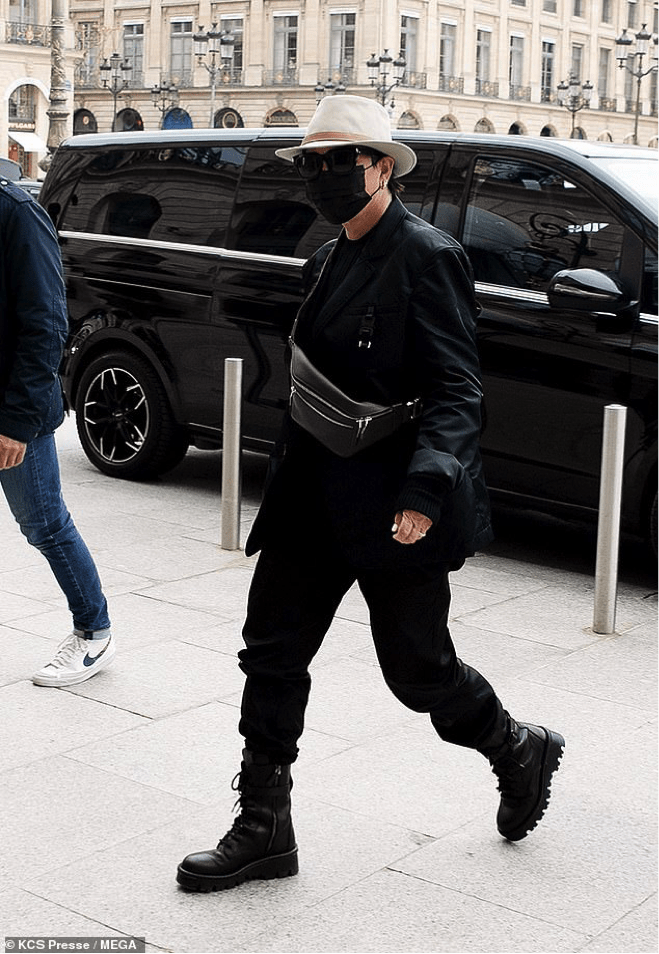 On June 23rd, Kris Jenner was spotted wearing head-to-toe black, with a cream colored fedora hat and her signature black sunglasses. She struts the streets with black lace-up military boots by Valentino Garavani. 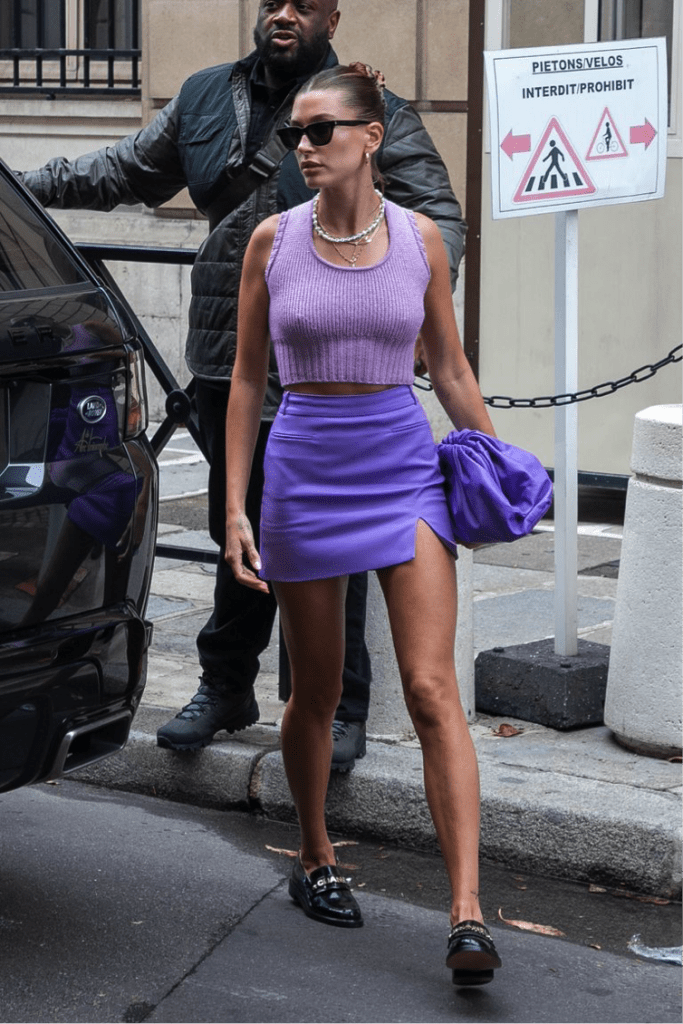 Hailey Bieber has made a recent trip to Paris with husband Justin Bieber, making the city her personal runway. The model was photographed wearing three different outfits in one day. In her first outfit of the day, she is seen wearing a lavender, knitted Raf Simons top with a lilac skirt from The Attico. The outfit is paired with Chanel loafers and a Bottega Veneta handbag. 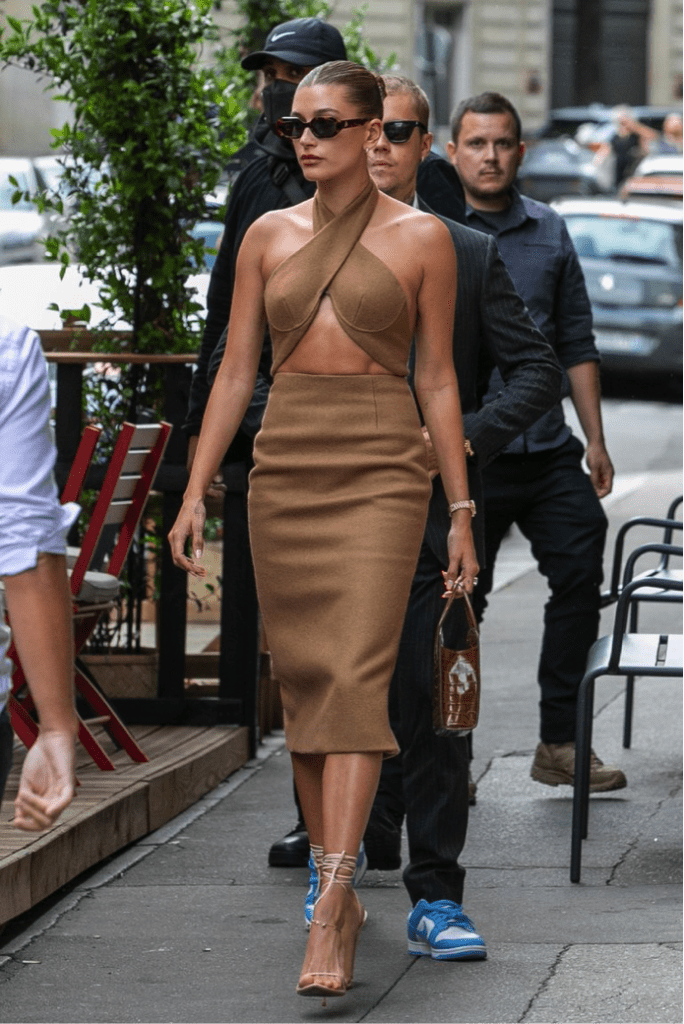 She was later pictured in a chic beige dress by LaQuan Smith, with strappy sandals from Femme LA to match. 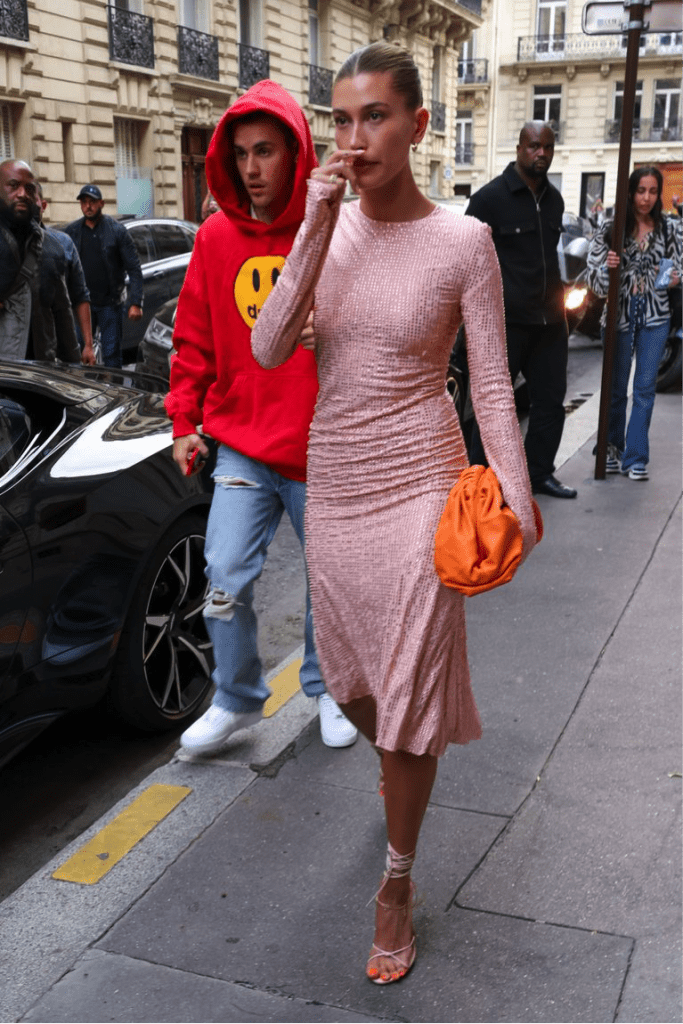 Her final outfit is a light pink, sleeved dress by Miu Miu, with a signature orange Bottega Veneta bag to match. Justin Bieber is seen casually wearing a red hoodie from his Drew clothing line.