‘First Light’, Alexander McQueen Spring/Summer 2021 collection film directed by Jonathan Glazer. The 5 minute short film was shot in the Thames Riverside a place where people wont dare to touch the mud without gloves as the city’s sewage water run through the canal. In the video you see models wearing beautiful Mcqueen gowns going through the waters scaping the people that are following them, some models sit by the river side and enjoy a meal with friends and they let time pass. in one of the scenes you see a model from across the river wave to another wearing a white dress. The models represent birds. Birds were always a big influence in the McQueen world and all along hes career as a designer. As you can see in the image bellow from hes last unfinished collection before the tragedy. 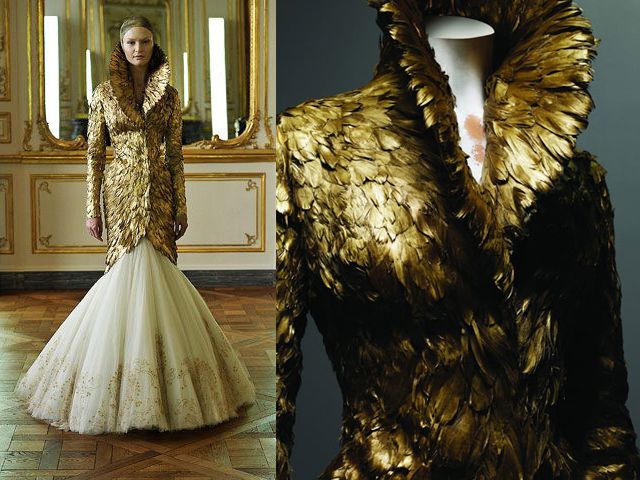 One thing that really caught my attention was the phrase “Back to London, coming home.” under the description of the video. Is this a signal that the brand is coming back to its original roots of London streets or like the designer himself said in the interview “The Filth of London” which could be represented by the mod on the side of the river in which the models are so comfortable in. Sara Burton will for sure know where to take the brand, i am a very big fan of Lee’s work i think that we wont see a designer make such a big impact in the fashion world and in culture like he did in a very long time.