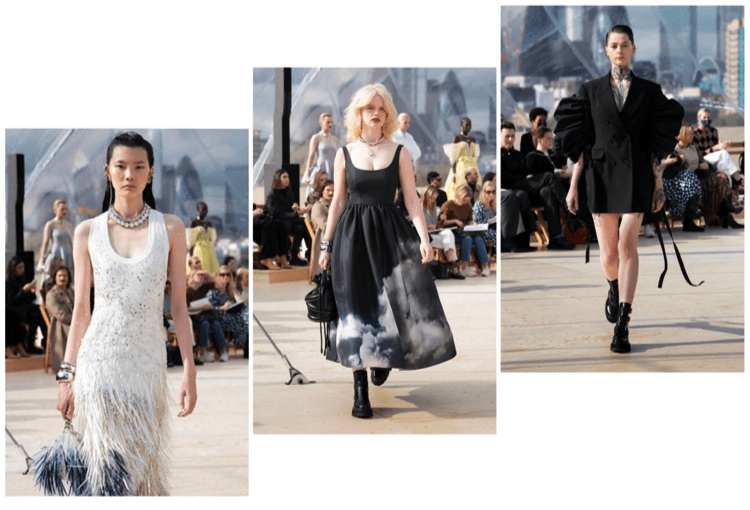 “Everybody talks about the weather, but no one ever does anything about it,” wrote Mark Twain

This collection SS22 accomplished this in a breathtaking slant.

First time in 20 years, creative director Sarah Burton has brought back Alexander McQueen to London. With her perspective on the ever-changing weather and skyline views from the Alexander McQueen Studio in London. “We spent a lot of time in the studio and were surrounded by the sky and it felt like it represented a lot of things.”

Sarah showcased the show in East London on the 11th story building in a cloud. A huge tight bubble dome reflected beautifully with the calming skyline. This collection overall was dramatic and elegant with elements of punk perfection. This collection relied heavily on the weather aspect that was executed gracefully from each garment highlighted. 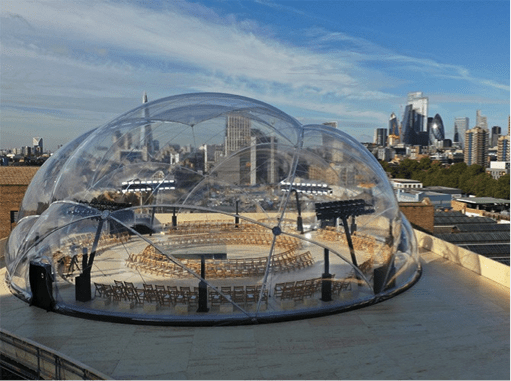 McQueen Bride introduced us to a midnight fantasy with a feather-trimmed, crystal boned gown in black with a veil. That screamed McQueen and ultimate gothic glamour. 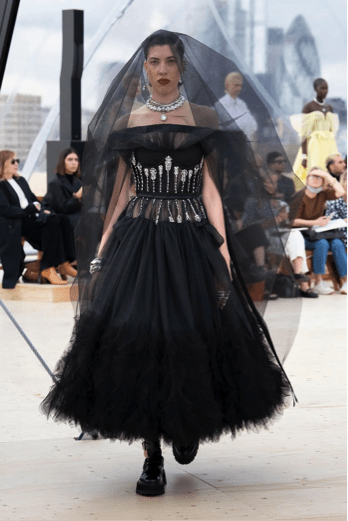 Fashion icon Naomi Campbell closed the show. Campbell stepped out in a cropped bejewelled blazer, a layered waterfall skirt and gem-encrusted hosiery. Naomi worked closely with Mcqueen in his incredible career, her closing the show is a thoughtful homage to Mcqueen. 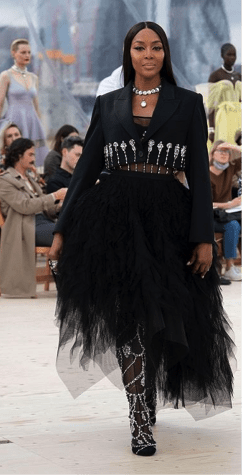 The collection divinely cemented McQueen back into London fashion. Sarah gave us a clear narrative and source of inspiration fused with Mcqueen iconic motifs and signature tailoring in this collection. What will be next now that Mcqueen has come back home to us?