“It’s a deep fake of a fashion show,” declared Demna Gvasalia, on the phone from his home in Switzerland ahead of the launch of the ultra-high-tech video for his spring 2022 “Balenciaga Clones” collection today. “What we see online is not what it is. What’s real and what’s fake?”

Ostensibly, one model—the artist Eliza Douglas, who has opened or closed Balenciaga shows since Gvasalia’s first collection for the house in fall 2016—appears wearing both women’s and menswear on a white runway in front of a black-clad audience. But no one was “there” and no one is “real.” “It’s a show that never happened,” Gvasalia laughed. “But the clothes are real; they were made.”

Accompanying information came in a deluge of language detailing the techniques the video producer Quentin Deronzier deployed to fake up Douglas’s appearance: photogrammetry, C.G. grafting of her scanned face, planar tracking, rotoscoping, machine learning, and 3D modeling. Phew, whatever happened to fashion press releases speaking about bias cutting, draping, arcane fabric weaves, embroidery, and inspiration? We’re in a new world now, in large part because all designers have had to grapple with 15 months of the pandemic preventing real-life show gatherings. What’s the alternative onscreen? Gvasalia, for one, has delighted in grabbing the opportunity to shift the medium of brand Balenciaga ever further into the realms of multilevel, conversation-and-meme-generating entertainment. He started consulting with tech people well before the virus got out. 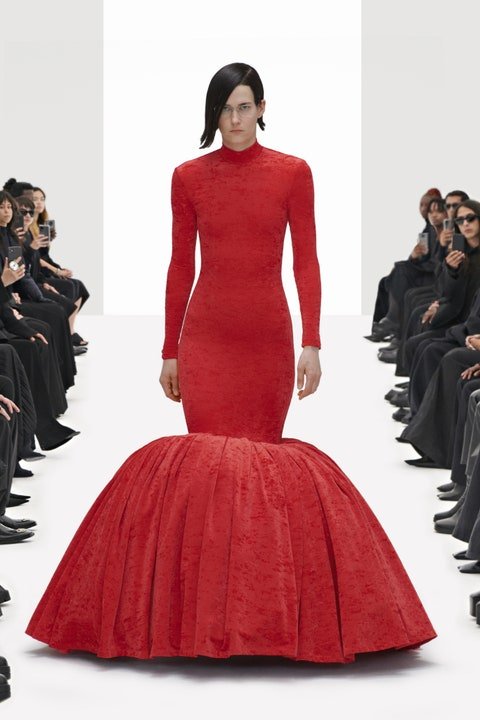 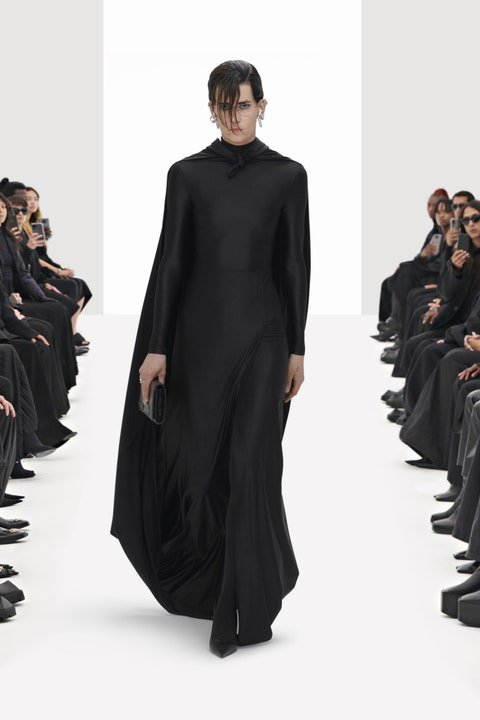 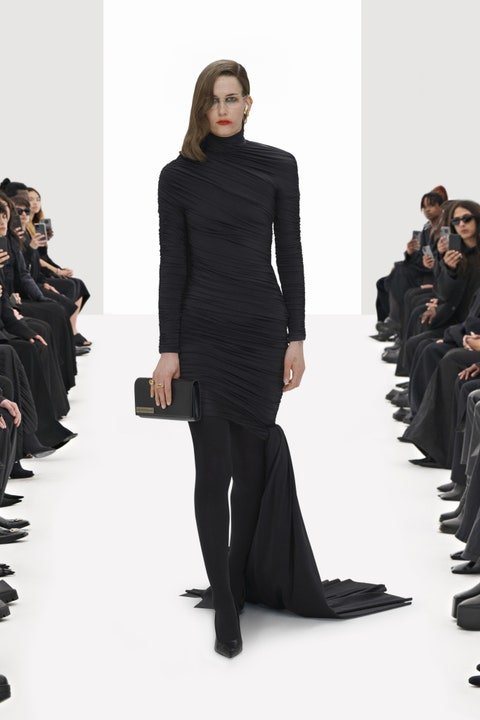 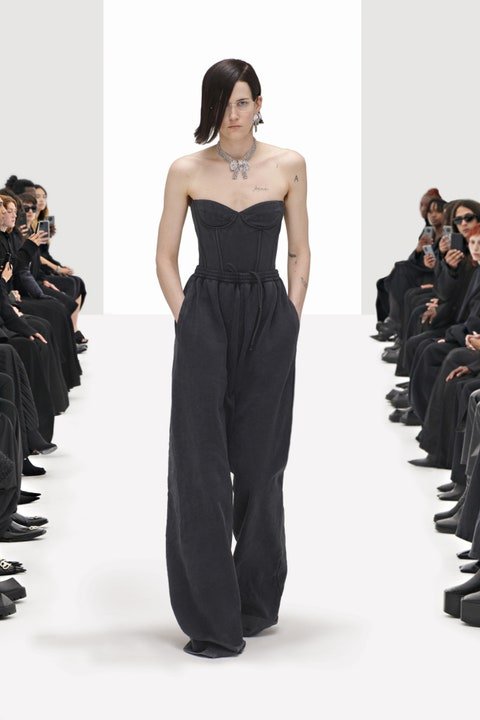 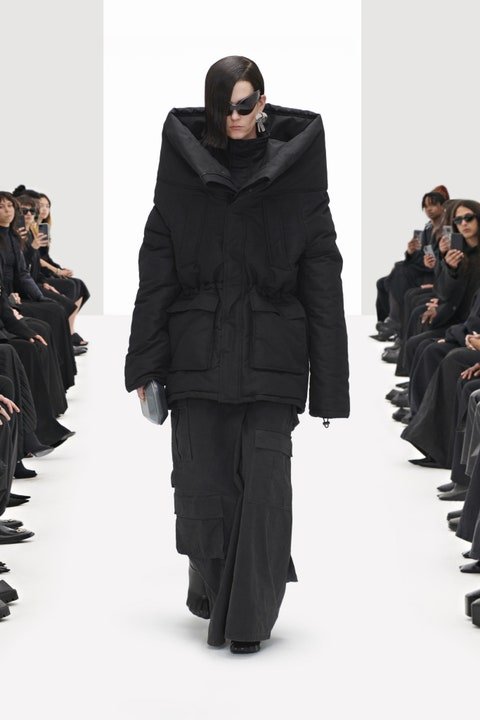 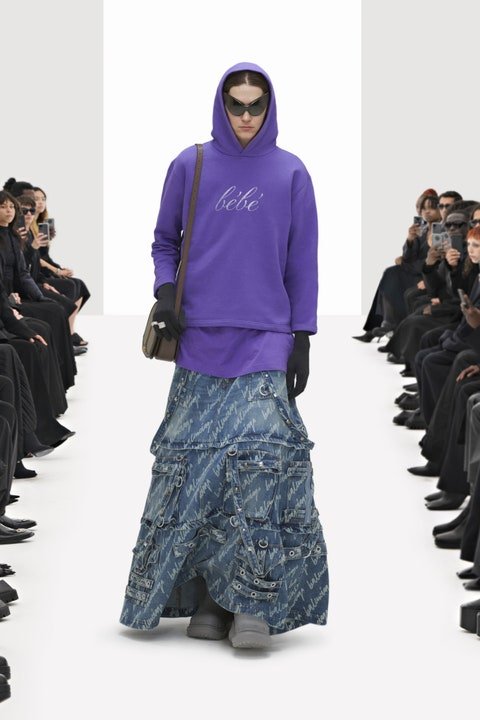 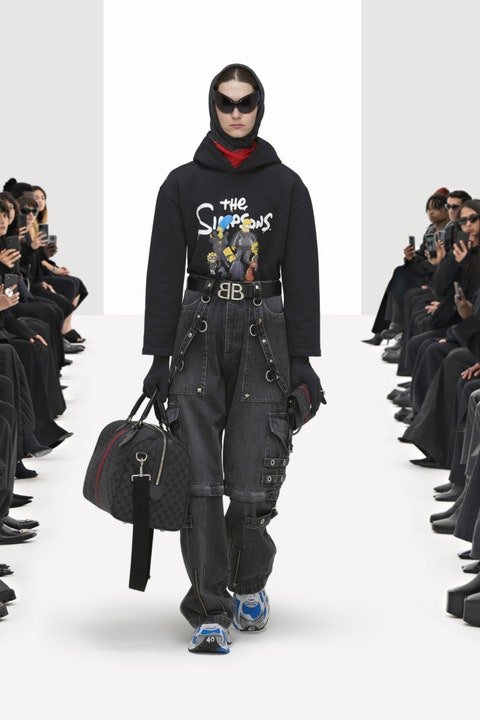 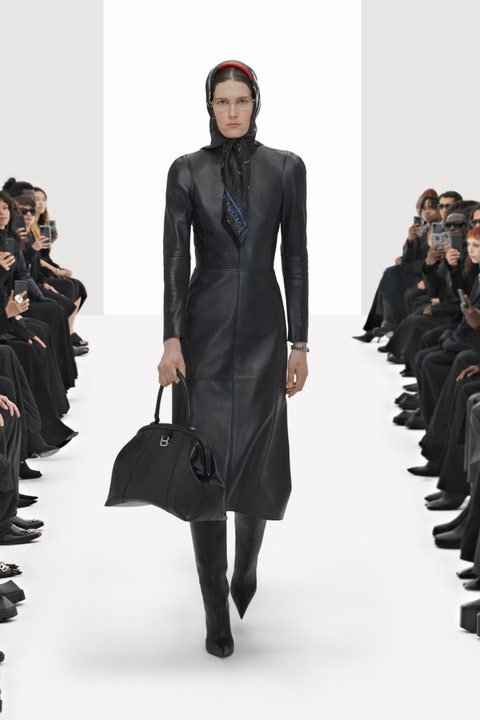 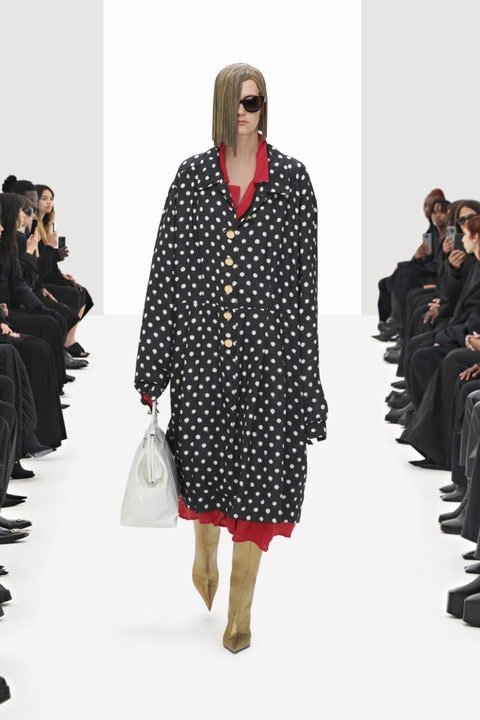 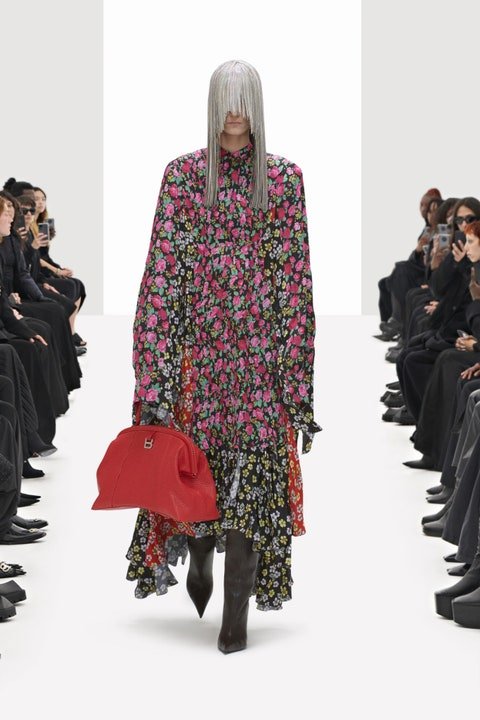 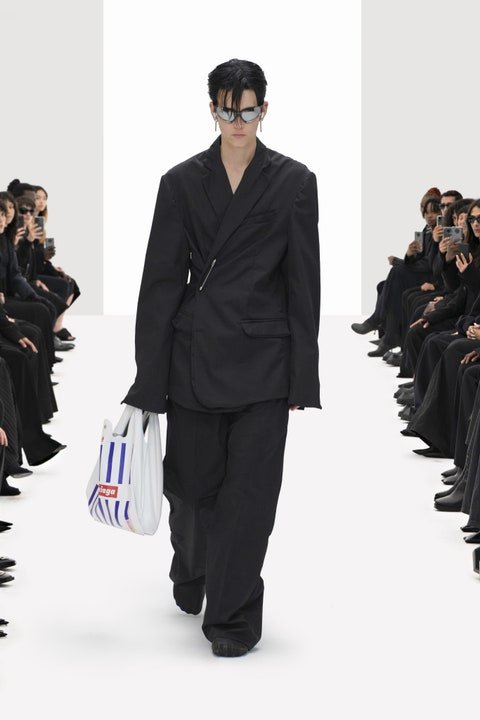 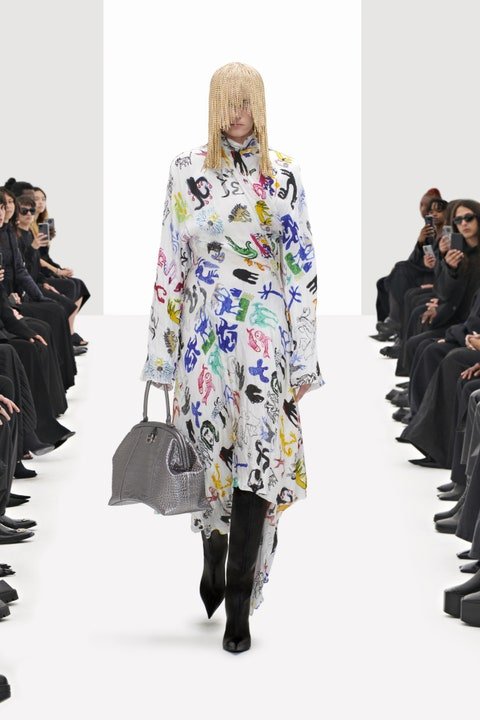 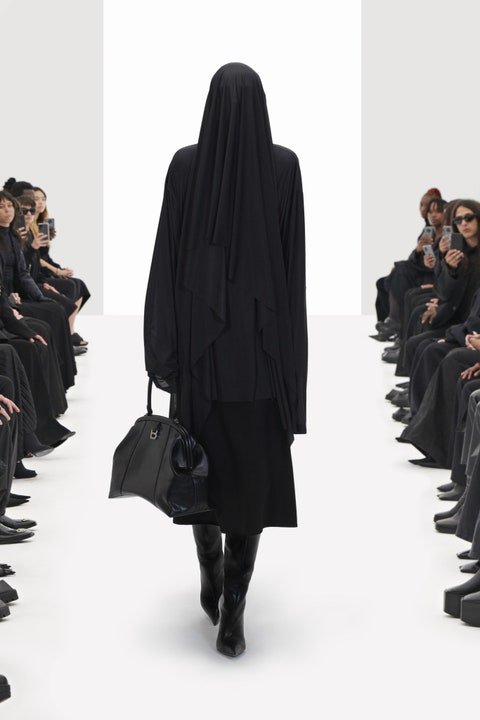