Sébastien Meyer and Arnaud Vaillant delivered one of the fashion moments of the season: it almost certainly went viral. The whole process took about seven minutes and came at the end of a show that had already given plenty of lead. Highlights included dresses made from a thousand pieces of embroidered glass that clinked loudly, like a recycling truck driven by an amphetamine-drunk getaway driver. There was a solid gold version of the designers’ Swipe bag which, at 1kg, will melt away after the show. It was created by an artisan goldsmith named Gabriele Veneri in Italy, and was accompanied by a large security entourage. 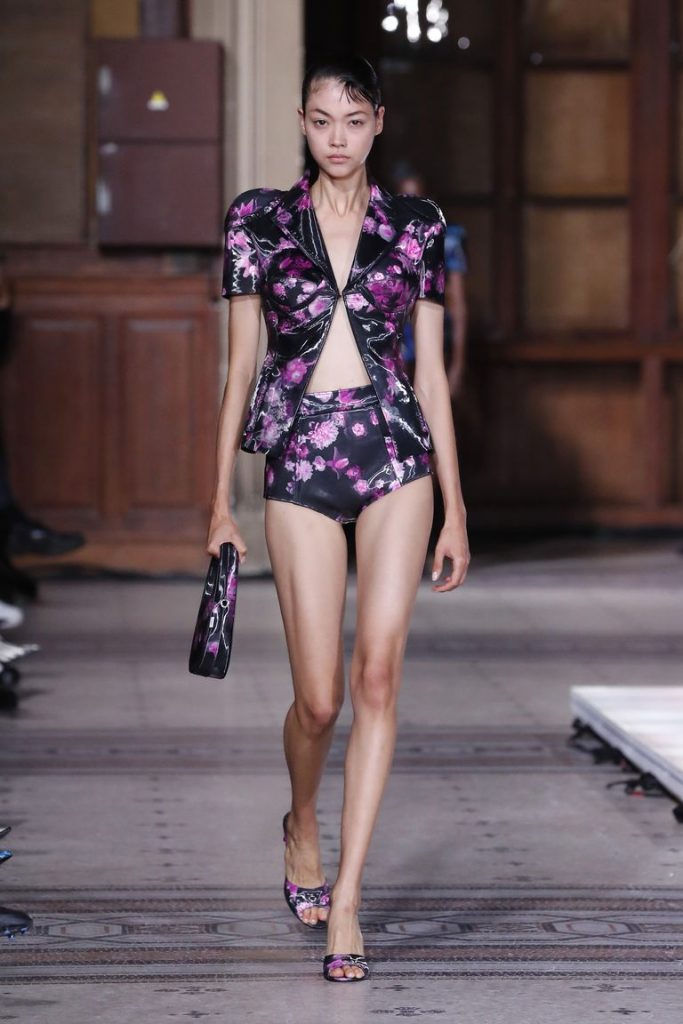 The panel dresses connected by some kind of rough metallic stitching were particularly adorable. Then there were the newly developed and specially developed Roblox-inspired shoulders that sometimes resembled the models carrying cereal boxes, but also seemed like a valid opportunity for some body-changing development. Other pieces saw bra cups reinterpreted as shoulder pads. These are just a few of the ideas from a collection that had a cornucopia of them. A less dramatic touch, very illustrative of her frame of reference, was the red dress designed to mirror Fiona Johnson’s sexy glitchy dress in The Matrix.