Instagram model Demi Rose modeled in the Oh Polly Miami Swimwear Fashion show produced by Planet Fashion in 2019. She received tons of press and notoriety from the fashion show.

She isn’t the typical model. At 5’2” She is much shorter than models normally are and she is extremely curvy, which has worked to her advantage. Despite her confident display, the British beauty recently spoke about how she shot to stardom at the age of 14 after being bullied in school – before going on to sign for a modelling agency at the age of 18. Now she has a net worth of $5 Million dollars.

Demi recalled: ‘I was bullied in school, I wanted to make friends outside of it so I ended up spending a lot of time online.

‘I was even interested in virtual reality as a kid, I was always on the computer and then MySpace came around and I found my calling.’  Besides the childhood bullying she has suffered some tragedy lately she recently lost both her parents. She told fans on Instagram: “From dealing with abuse as a child, to going through bullying at school, getting hurt by relationships that you never thought you would and dealing with major grief, losing two people I loved the most.” 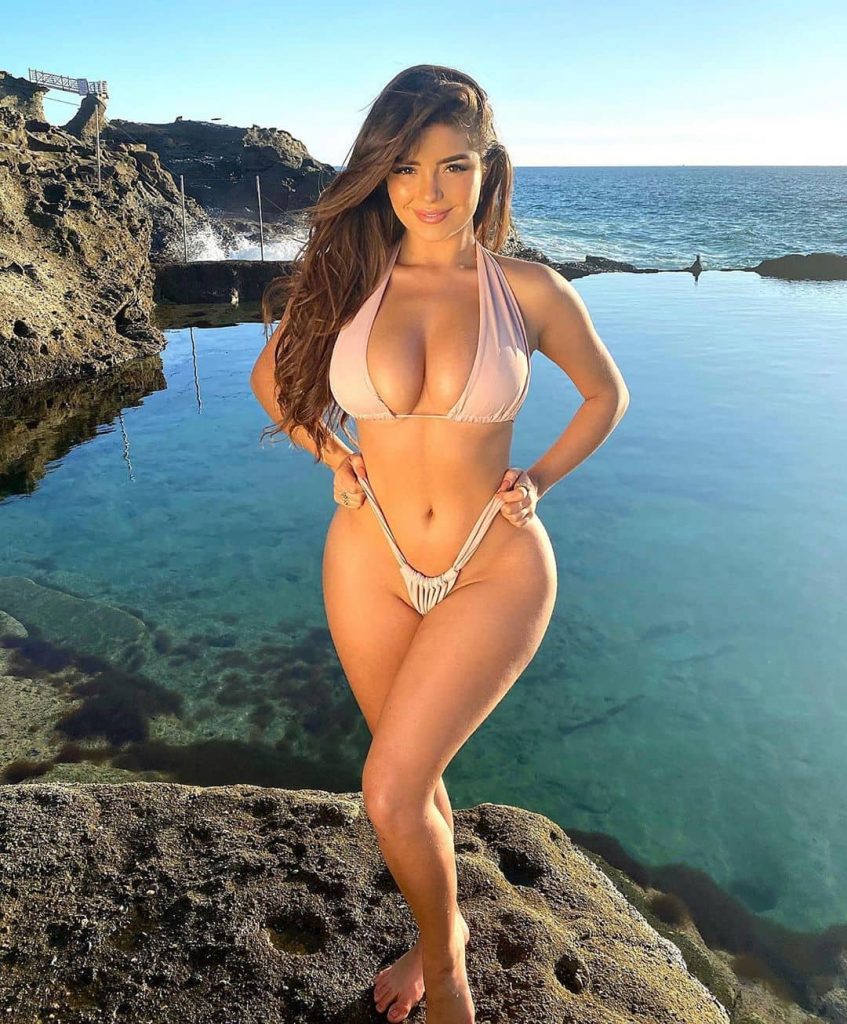 She continued: “I feel it’s important to feel your emotions, understand them, let them out and experience them.

“I like to think that whatever that may happen to me has happened for a reason. That I’m a vessel. So I can inspire and help those who have struggled too.

“I haven’t opened up too much about my struggles because I have always still been dealing with them. I wanted to get to a strong place first to talk on them.”

Despite the global lockdowns Demi has managed to travel in recent months to the Maldives and Tanzania and has shared pictures of her trips Instagram. She is based in Miami now.

At this point she has almost 15 million followers on Instagram.