Dolce & Gabbana presents their Fall 21 collection in a video filmed runway without and audience full of technology and color. The Italian luxury house has partnered with Istituto Italiano di Tecnologia to create this light show that portrays the inspiration for their 2021 Fall Collection. The garments are full of metallic fabrics mixed with their traditional Sicilian tailoring oh! and there were robots on stage.

Exaggerated silhouettes forged in kaleidoscopic high-tech materials mimicked the anatomical amplification social media exercises to anime-like degree. Expressed in bionic shapes, some silhouettes evoked the armored bustiers of the spring 2007 collection, itself a superhuman take on the designers’ corseted, black boudoir wardrobe of the ’90s.

Speckled with archival memories from that time, the show embraced present-day e-kids’ expressed nostalgia for a fashion era they never experienced, “’90s Supermodel” T-shirts in tow. For years, Gabbana said on a phone call from Milan, young people have been begging the designers to revisit their signature ’90s sexiness. This season, they finally gave in. Said Gabbana: “But the starting point is different. Today ‘sexy’ is the same word but with another value. In the ’90s, you’d dress sexy for other people. Now, the young generations dress sexy for themselves, because they love it. It’s kind of a new hedonism.” 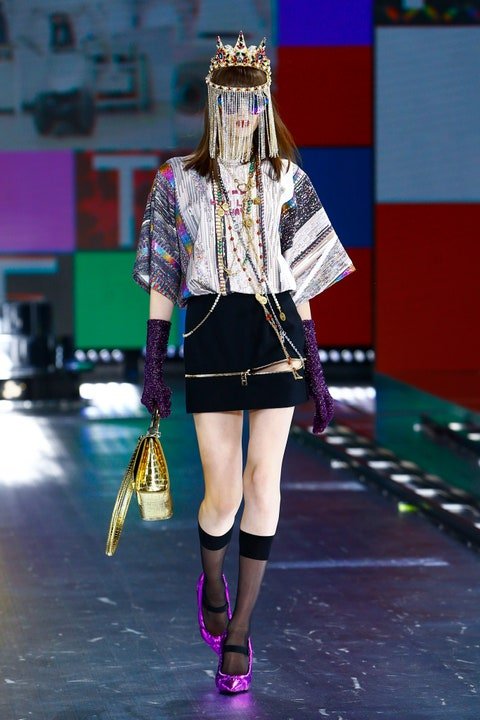 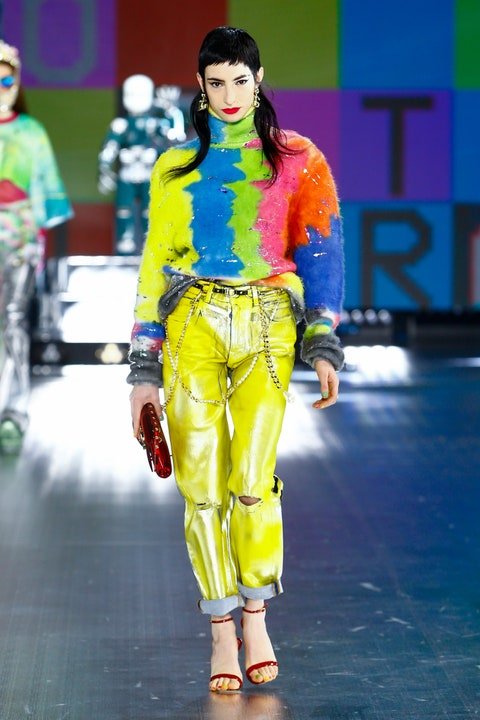 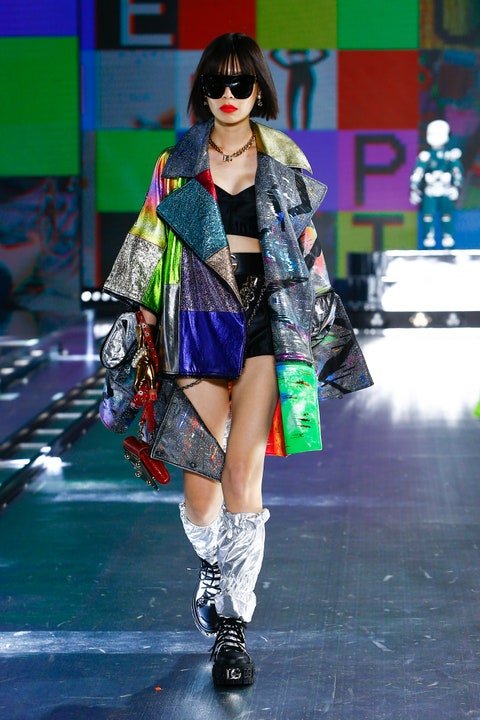 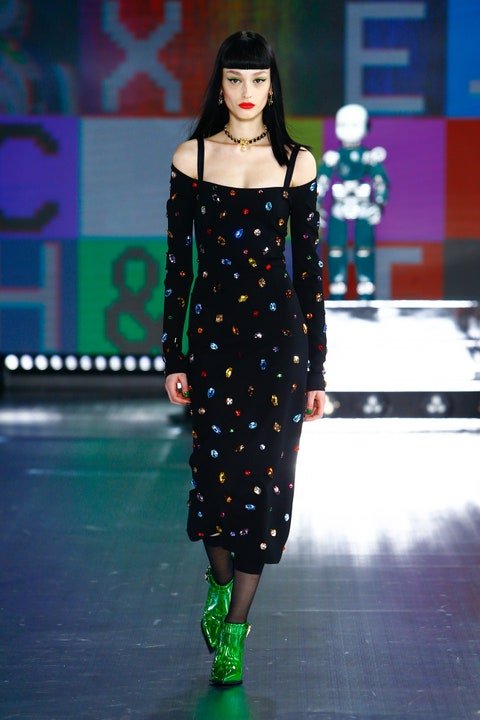 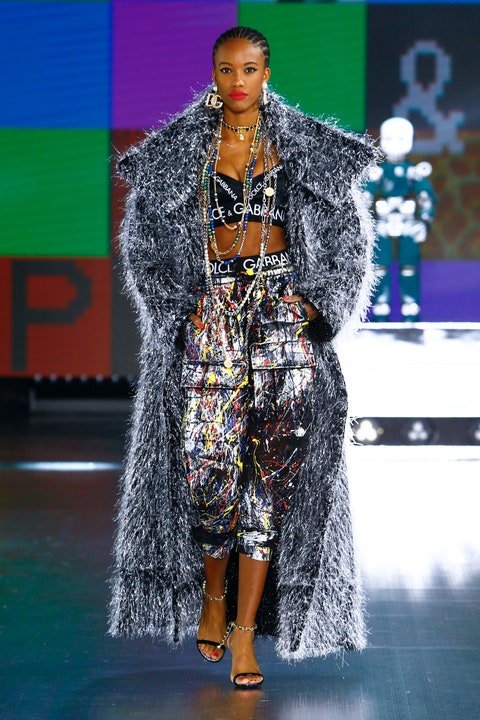 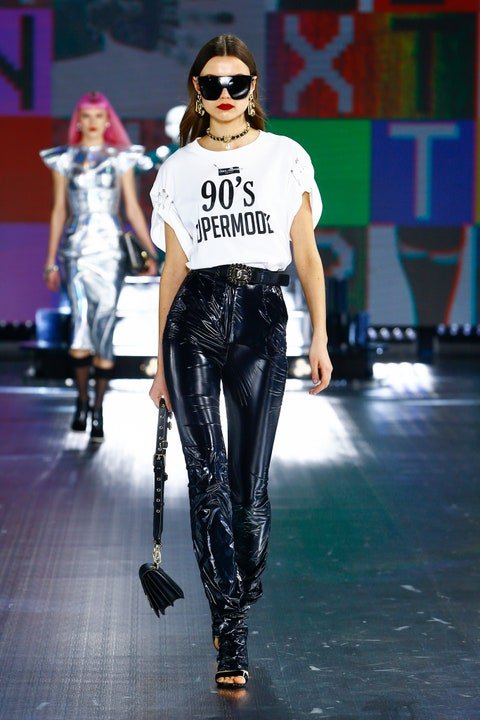 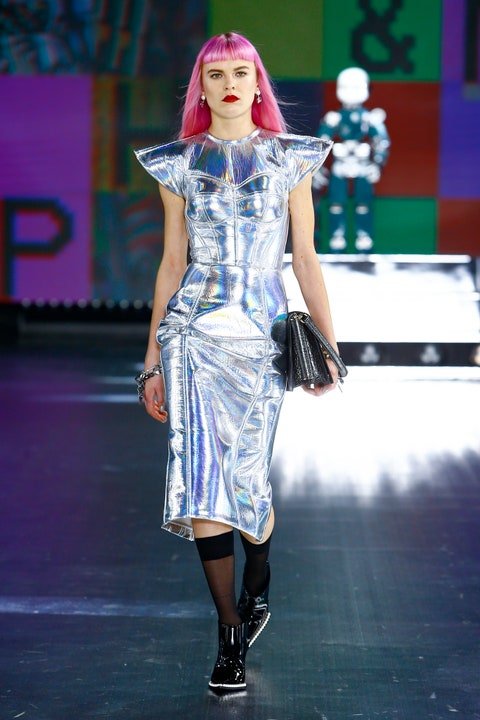 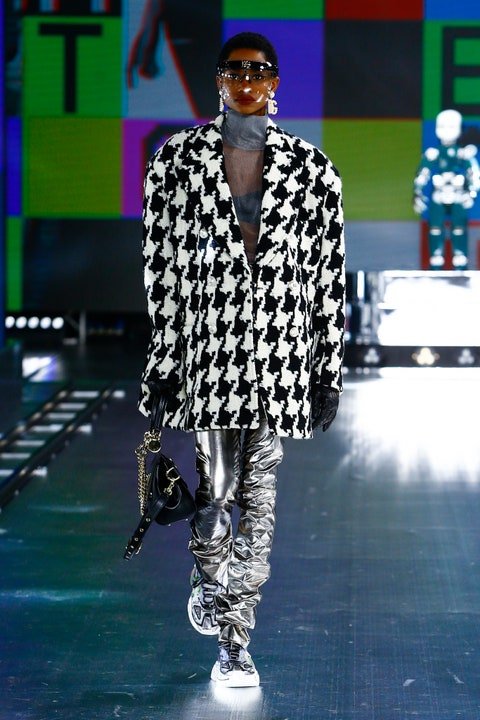 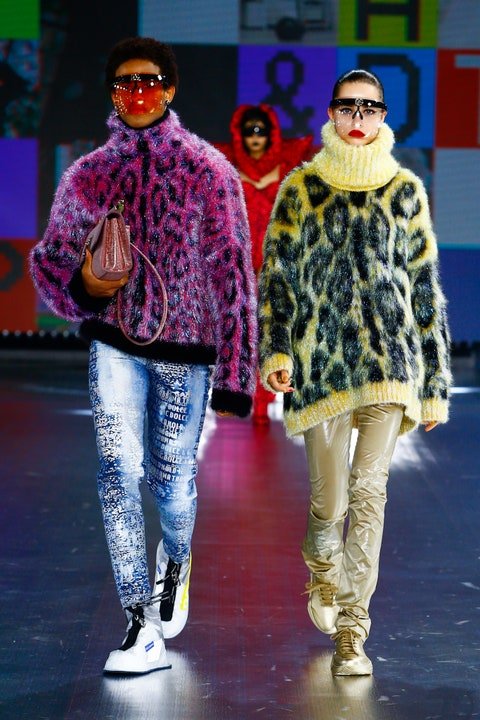 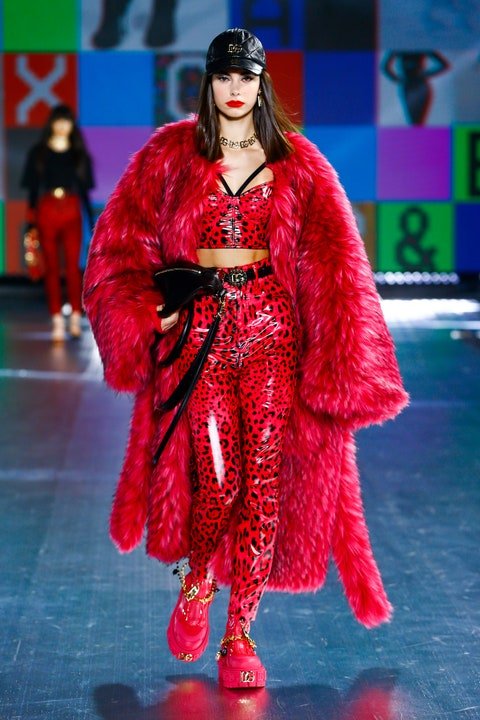 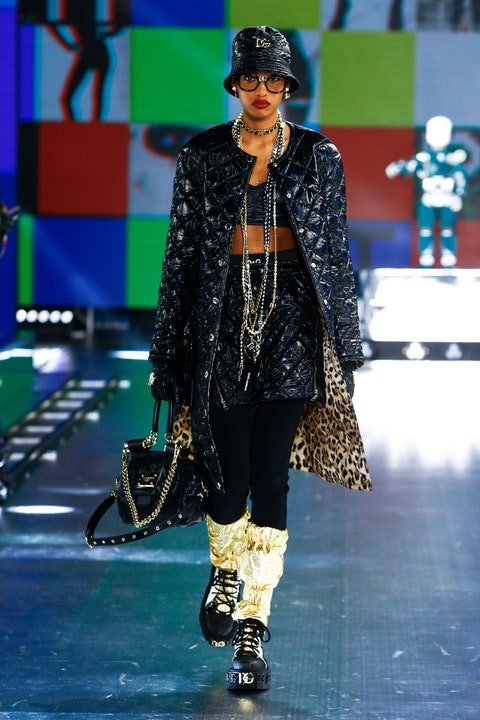 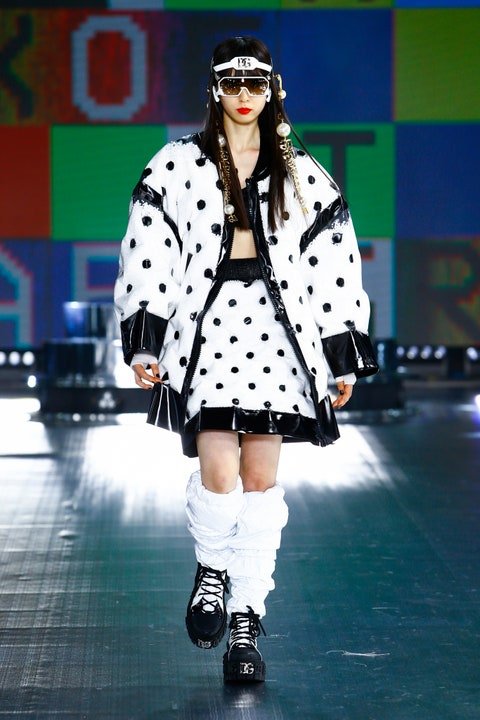 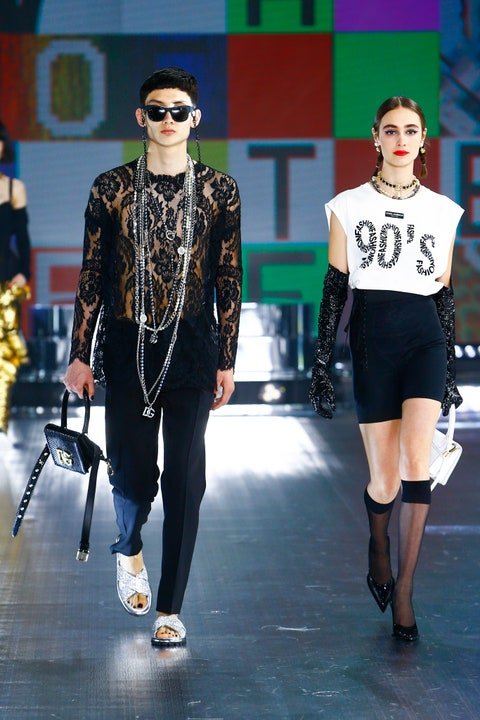 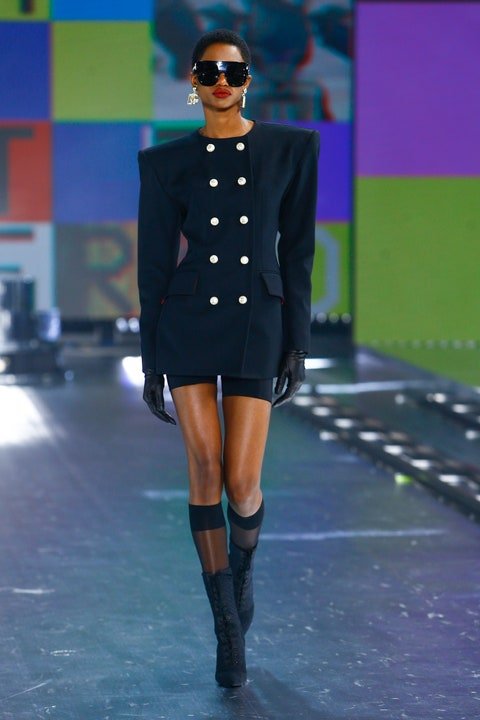 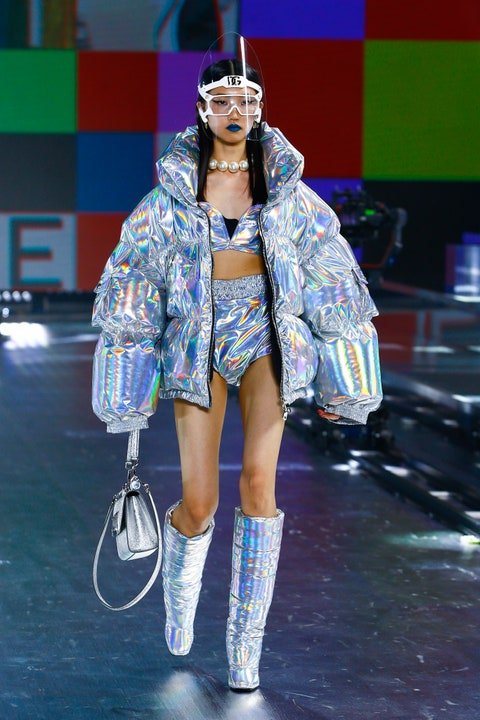 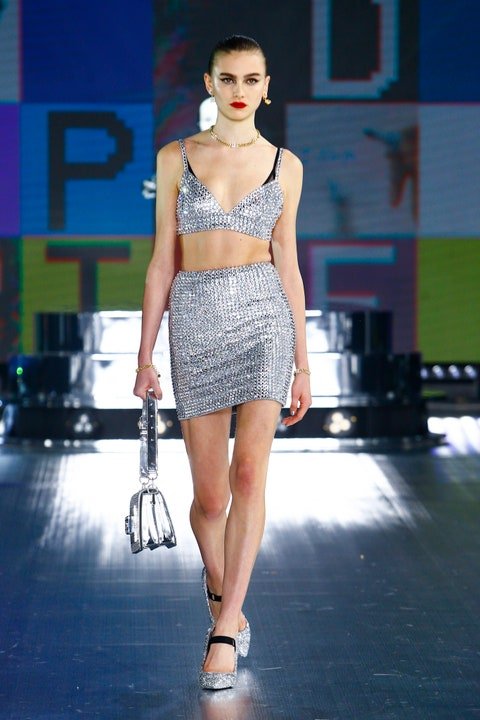 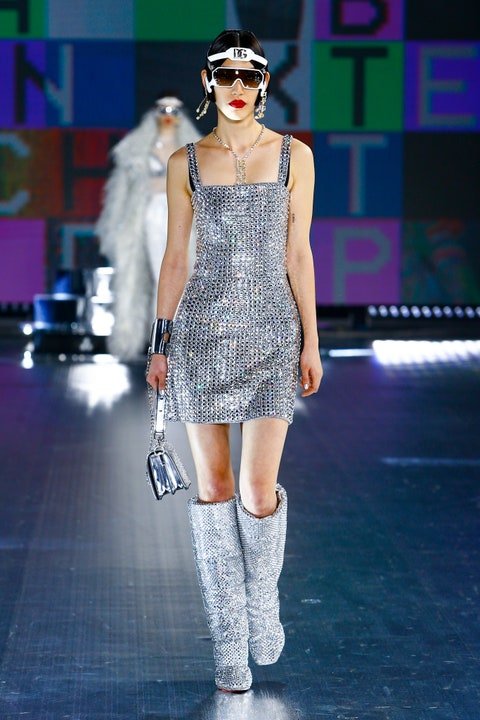 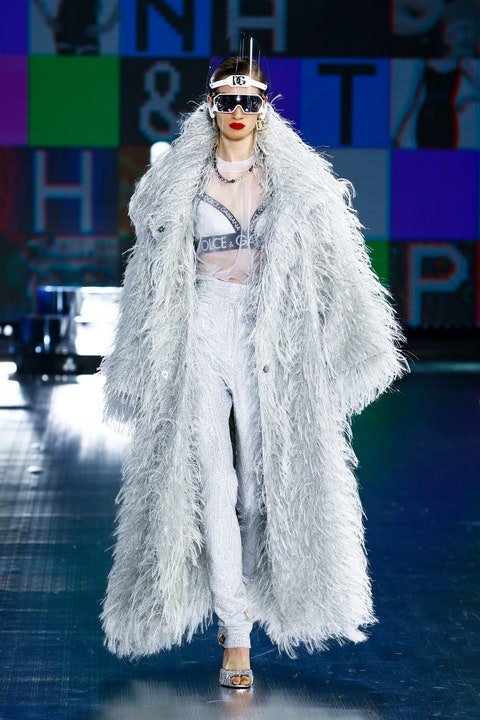