Domenico Dolce and Stefano Gabbana aren’t immune to the Y2K fever sweeping through fashion this season, and why should they be? The year 2000 was peak Dolce & Gabbana, a moment when the glorious excesses of their aesthetic were swinging the fashion pendulum from the minimalist ’90s to the go-go early ’00s. Dolce and Gabbana have picked up on the renewed interest in the era. Their young assistants are enthusiastic about that part of their archive, and on-the-rise Gen Z pop stars are requesting vintage pieces, too.

Clicking through their 21-year-old collection is to clock parallels between then and now: the pelmet mini and sheer shirt combos, the beaded fringe skirts, the exposed lingerie, and logo underwear. Jennifer Lopez starred on a couple of T-shirts here in what looked like D and G’s tribute to another brand with staying power. But there were some other forward-thinking updates. Upcycling is also a trend they’ve picked up on, and they bought a stash of used militaria to deconstruct and remake to their liking. A camo jacket was lined in leopard and cargos were sliced off at the knee, with the cast-off scraps patch-worked into towering boots. 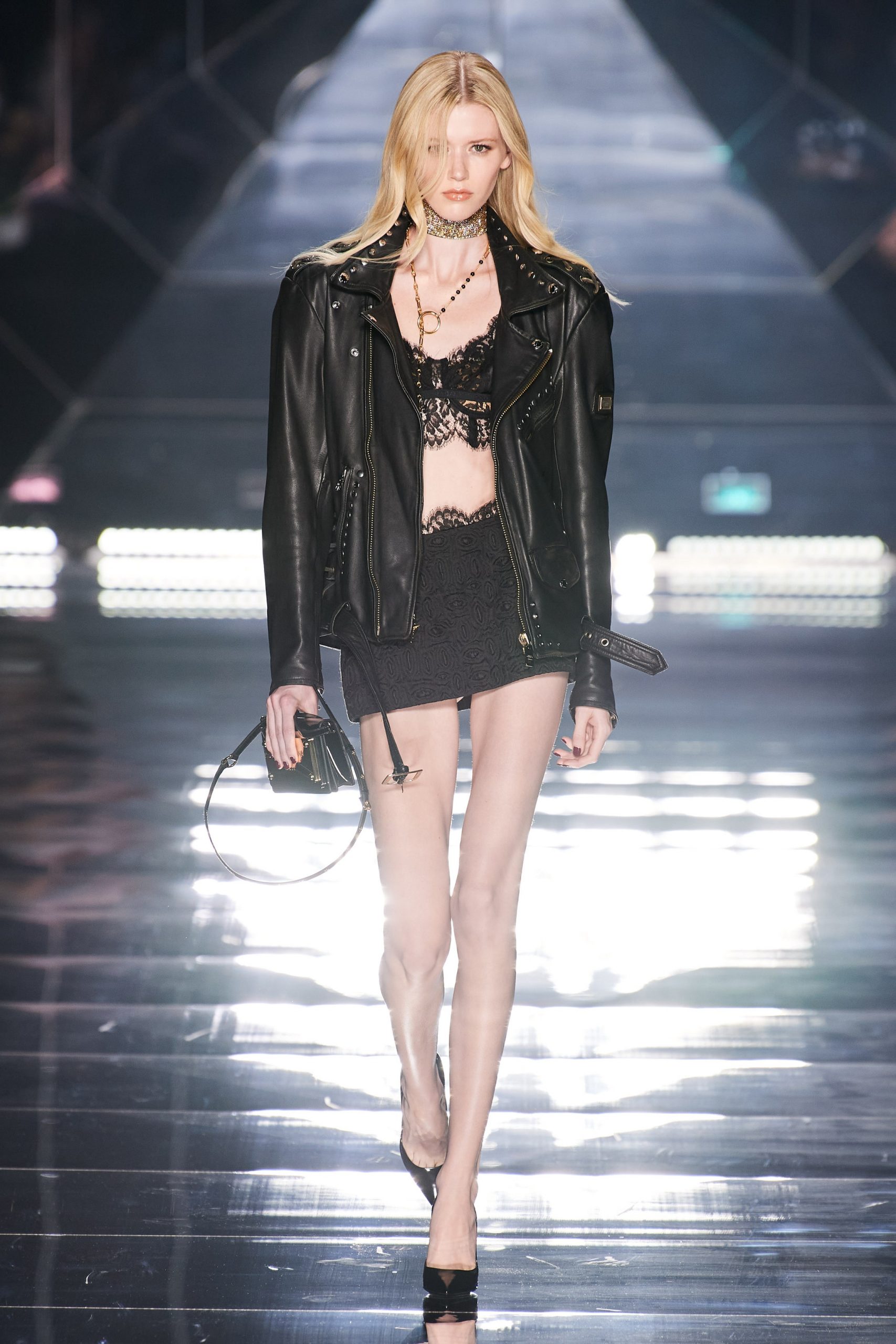 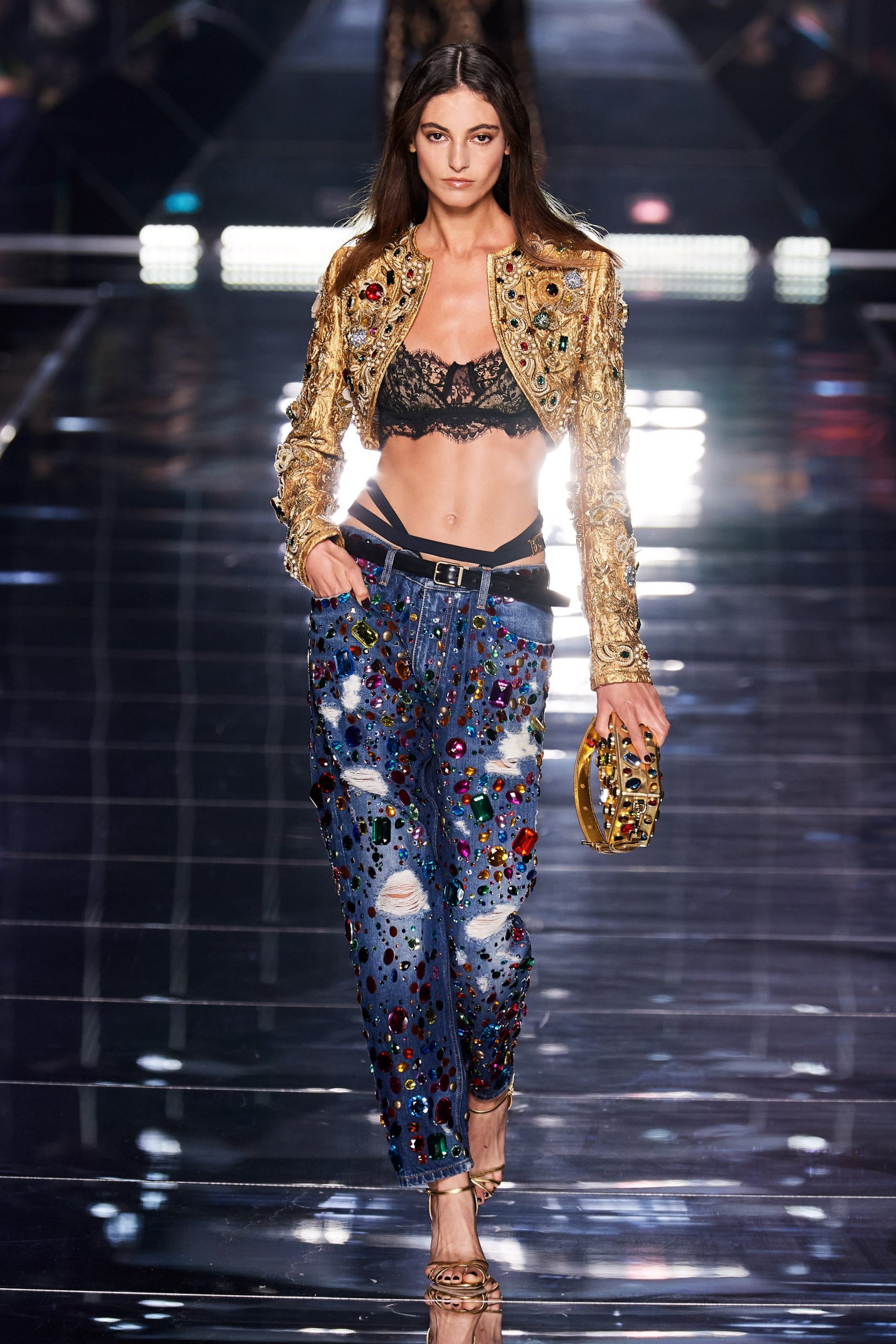 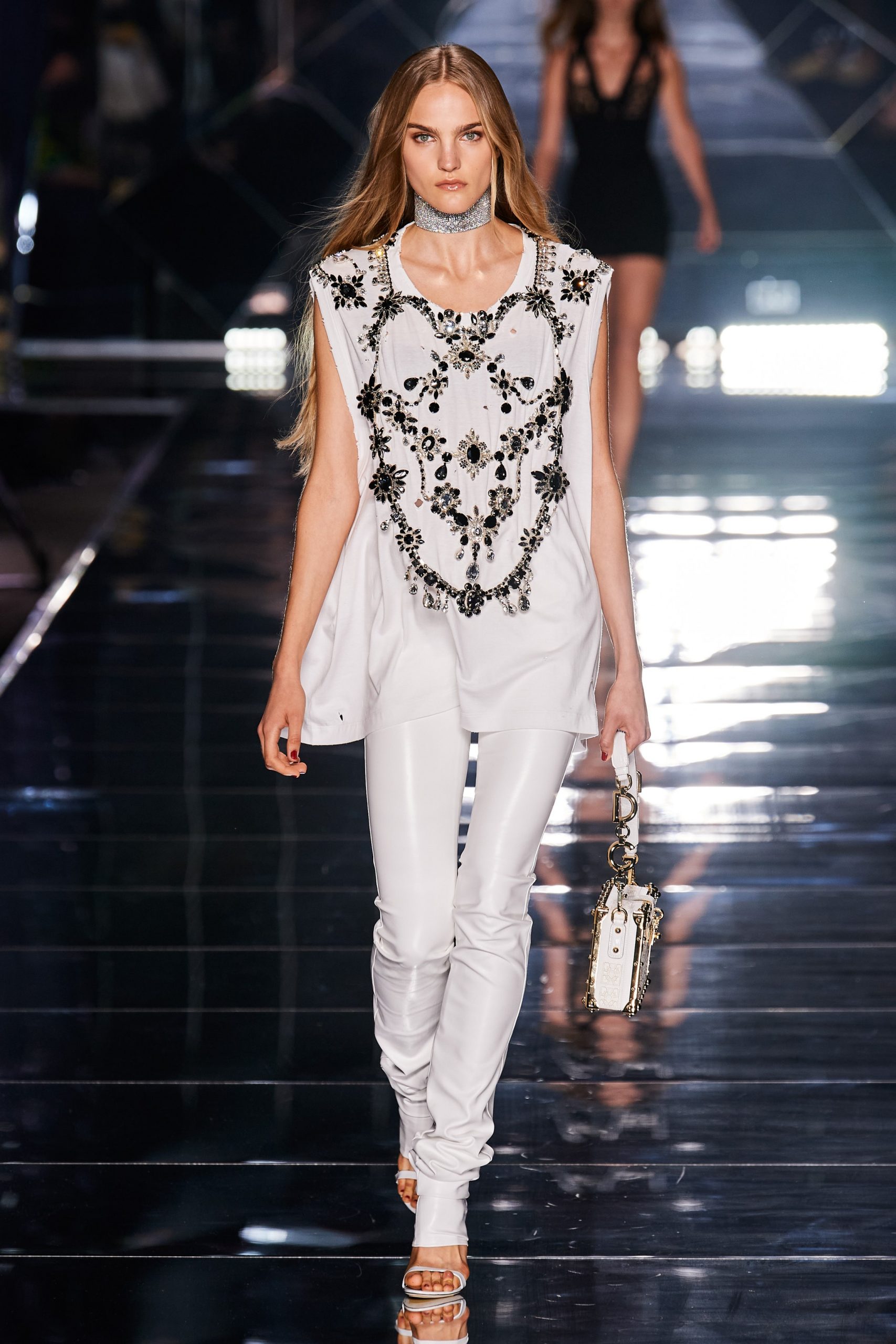 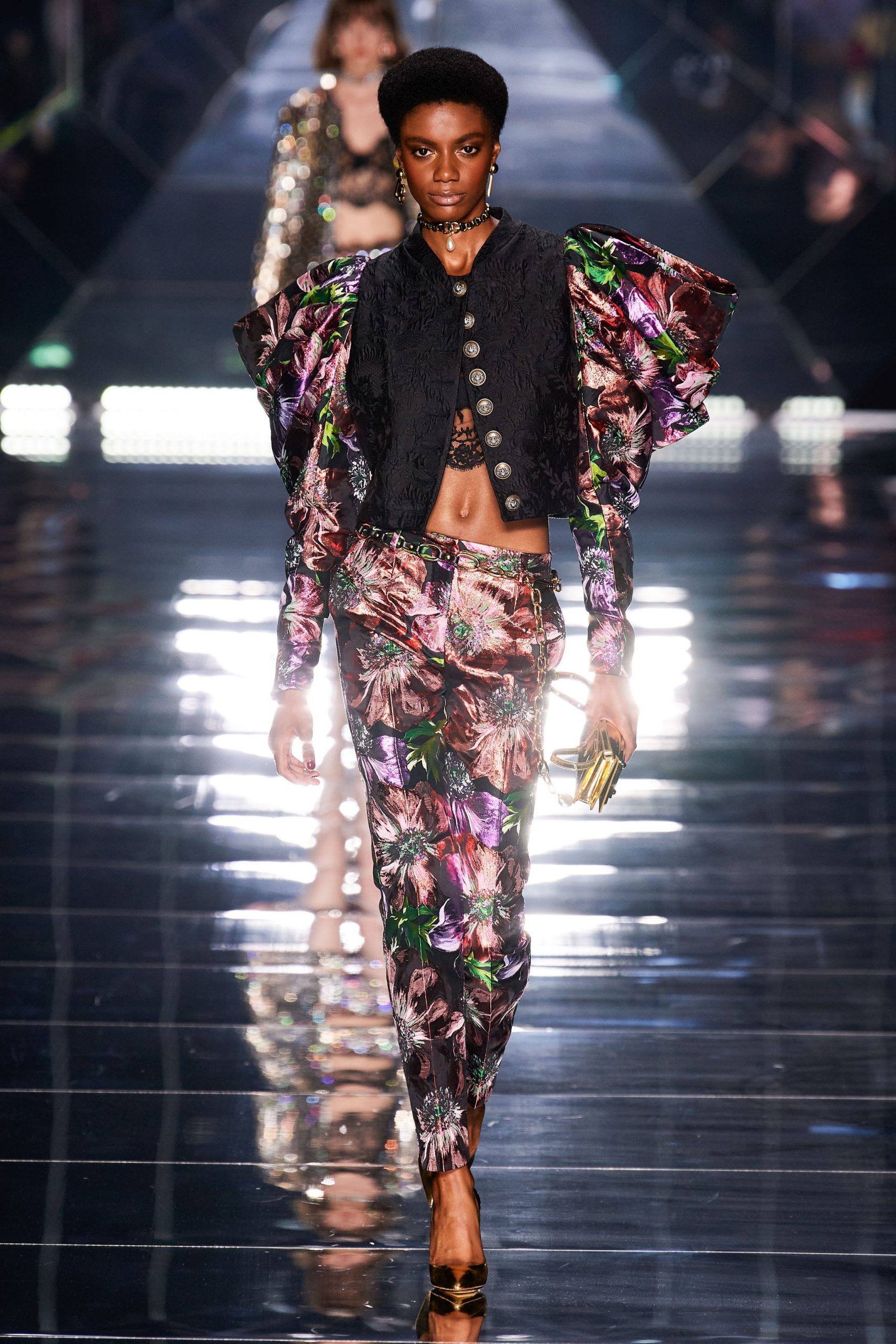 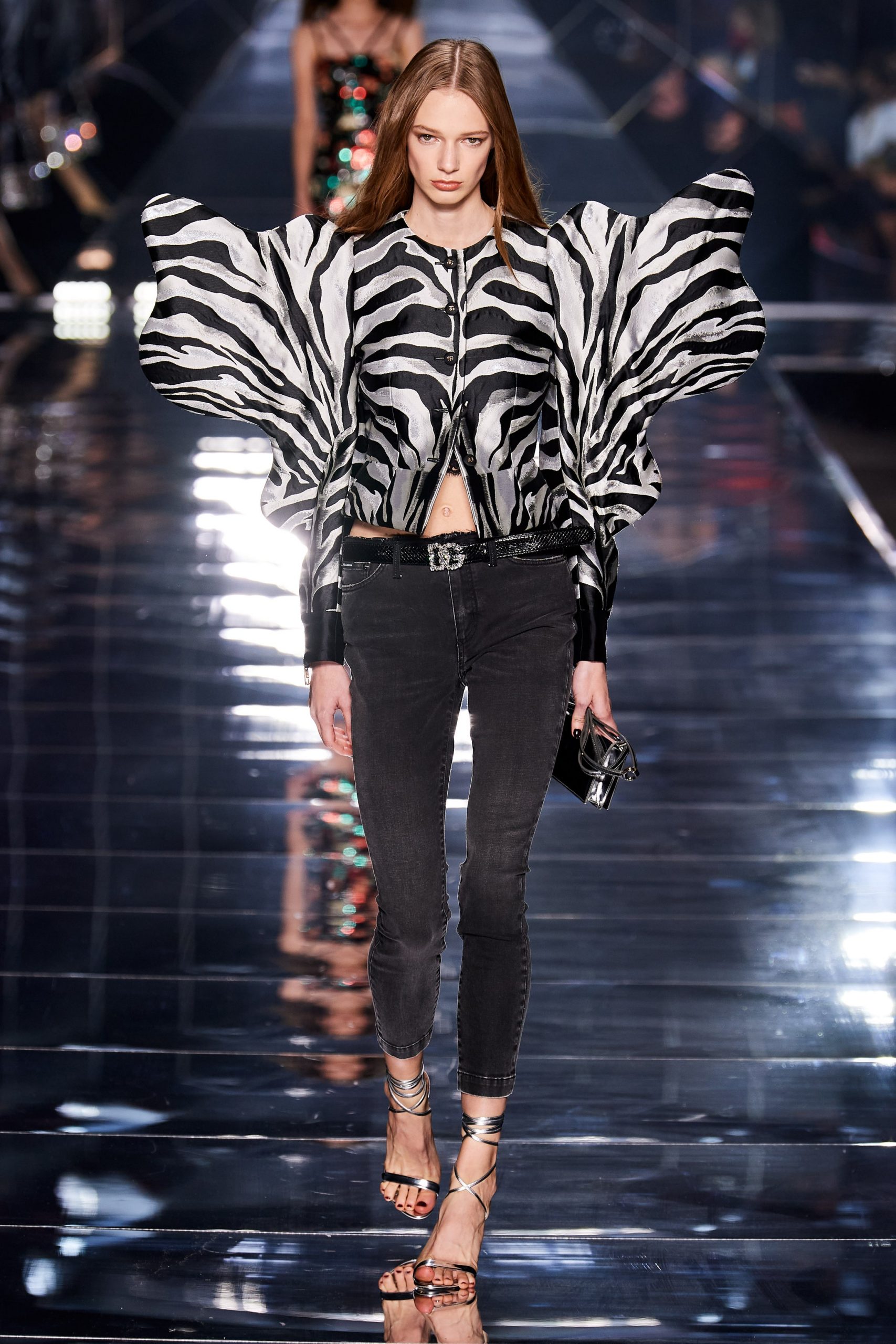 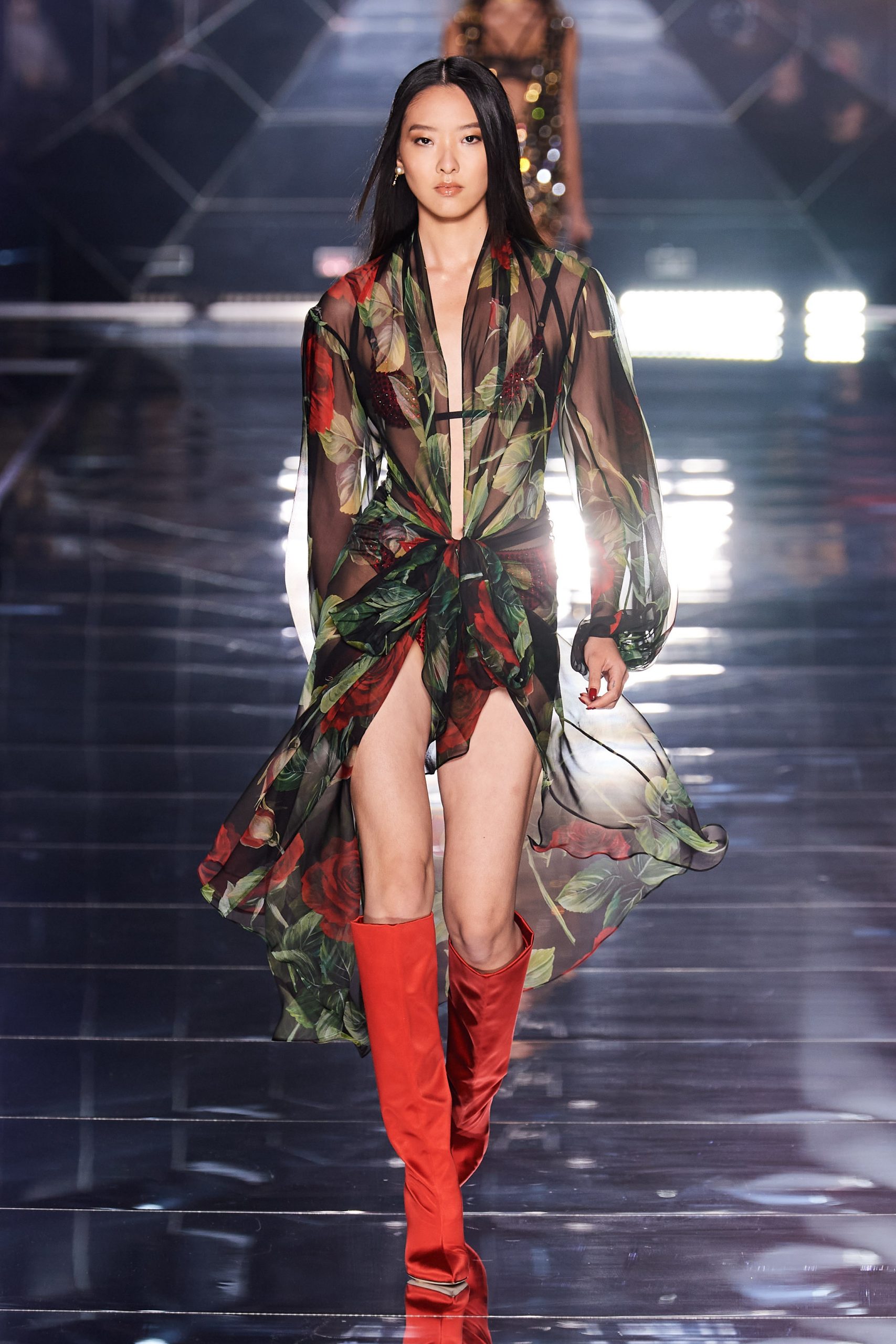 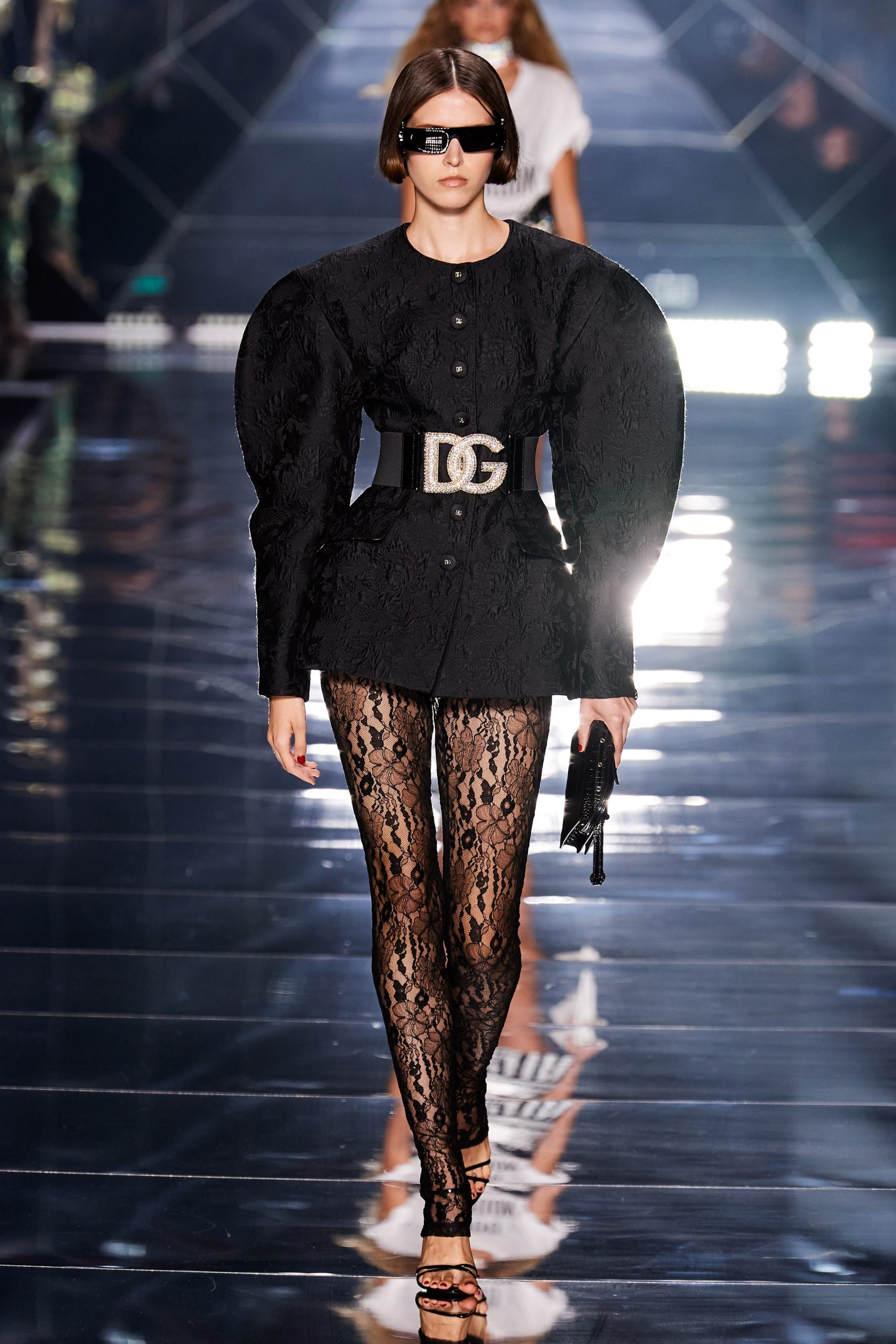 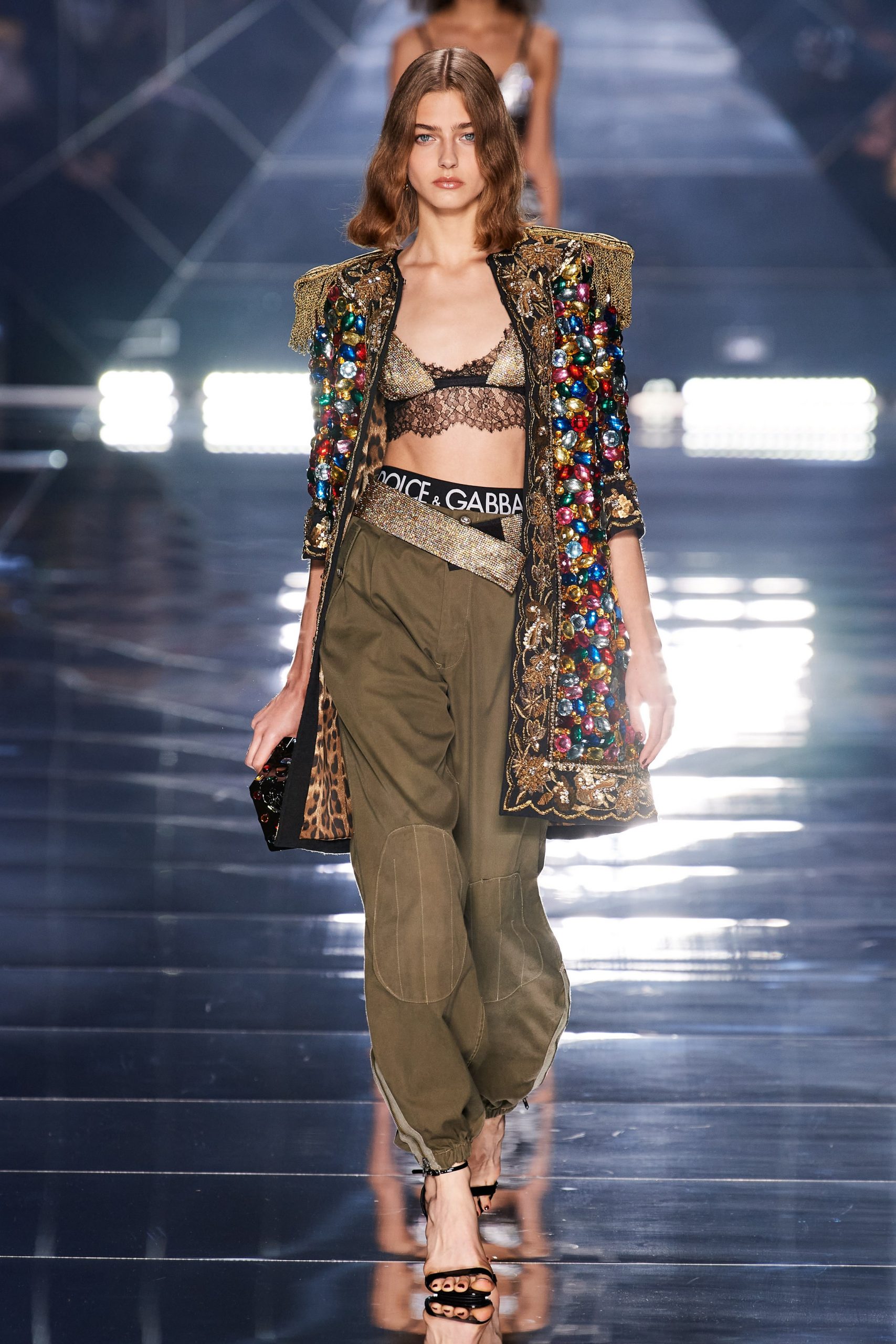 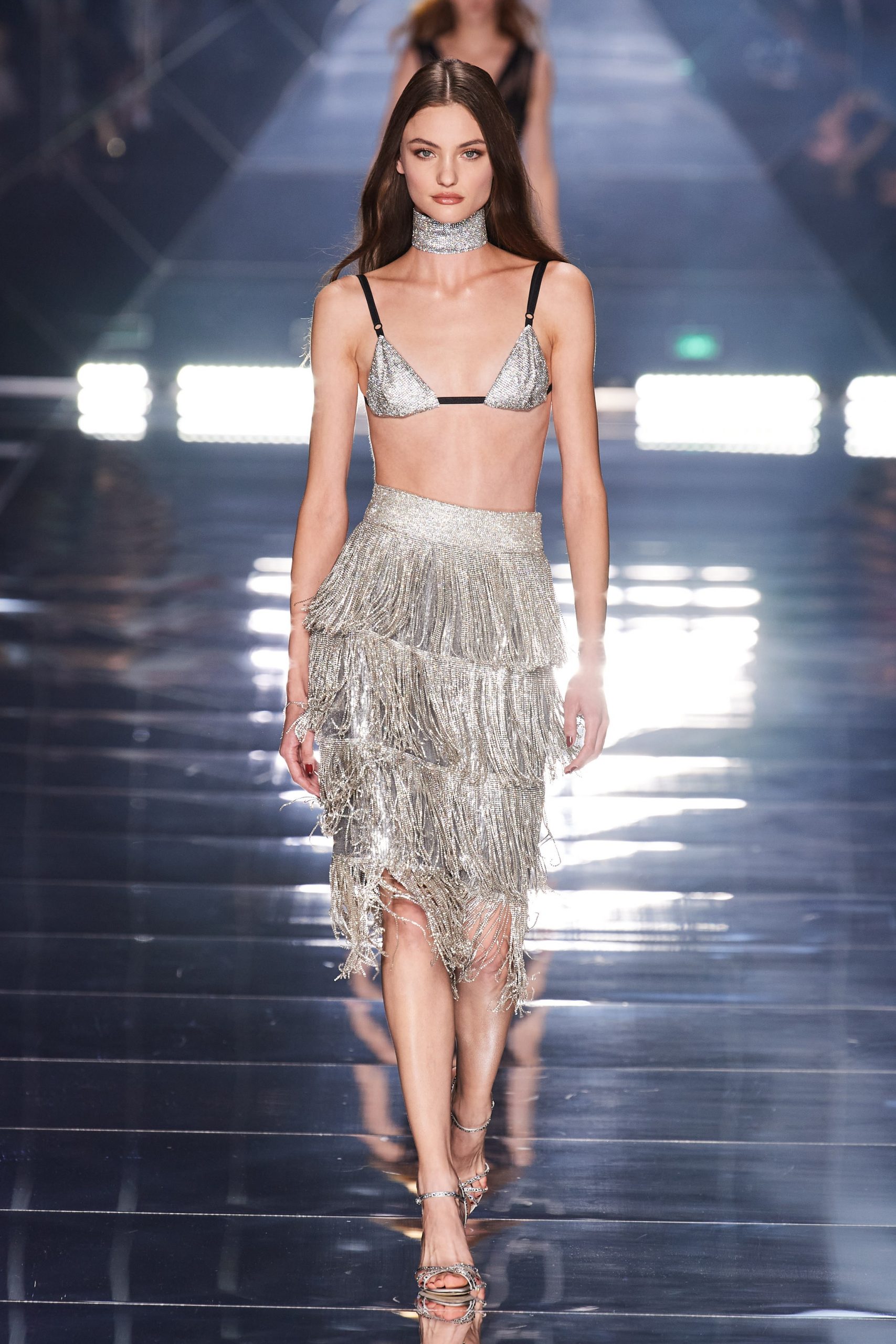 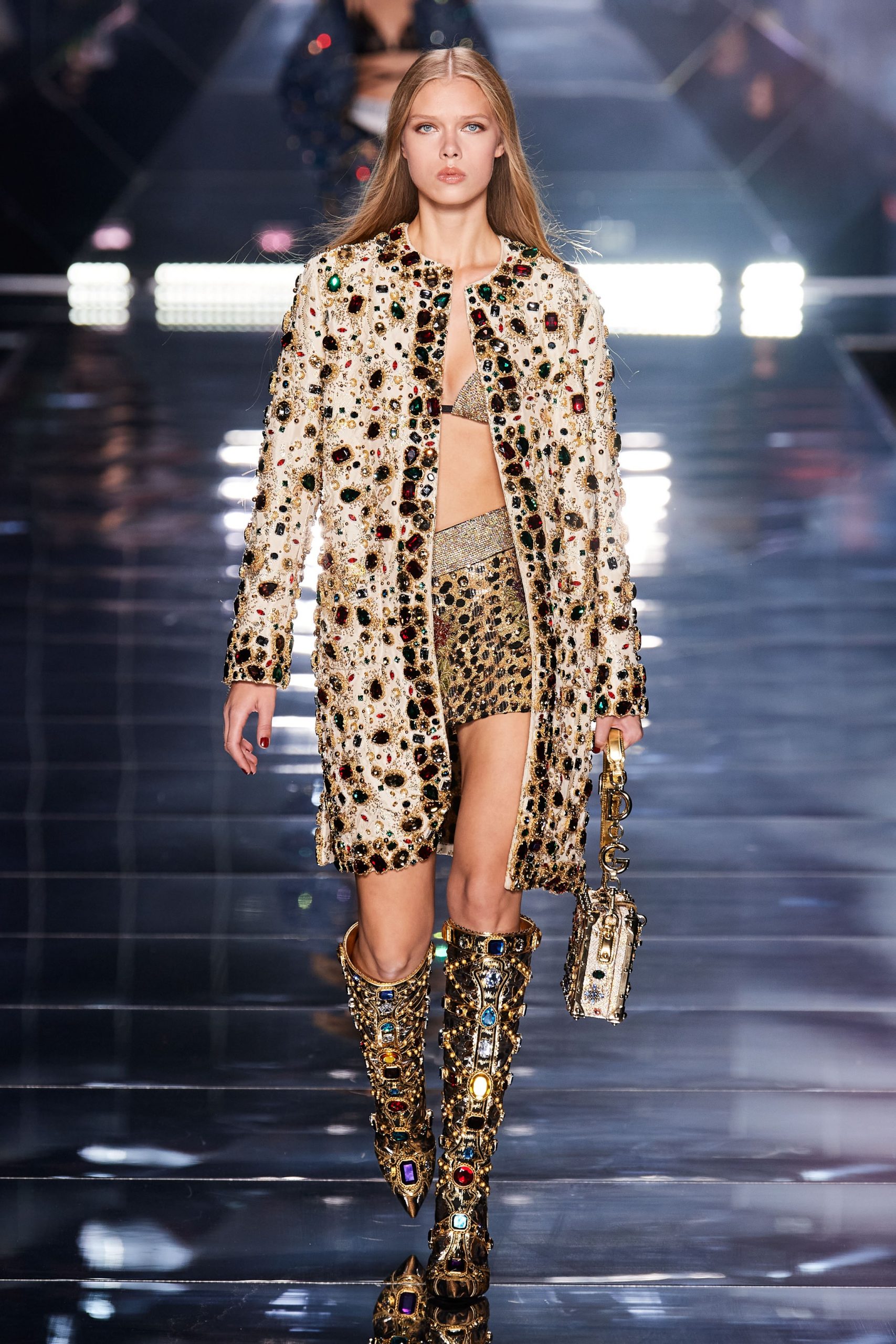 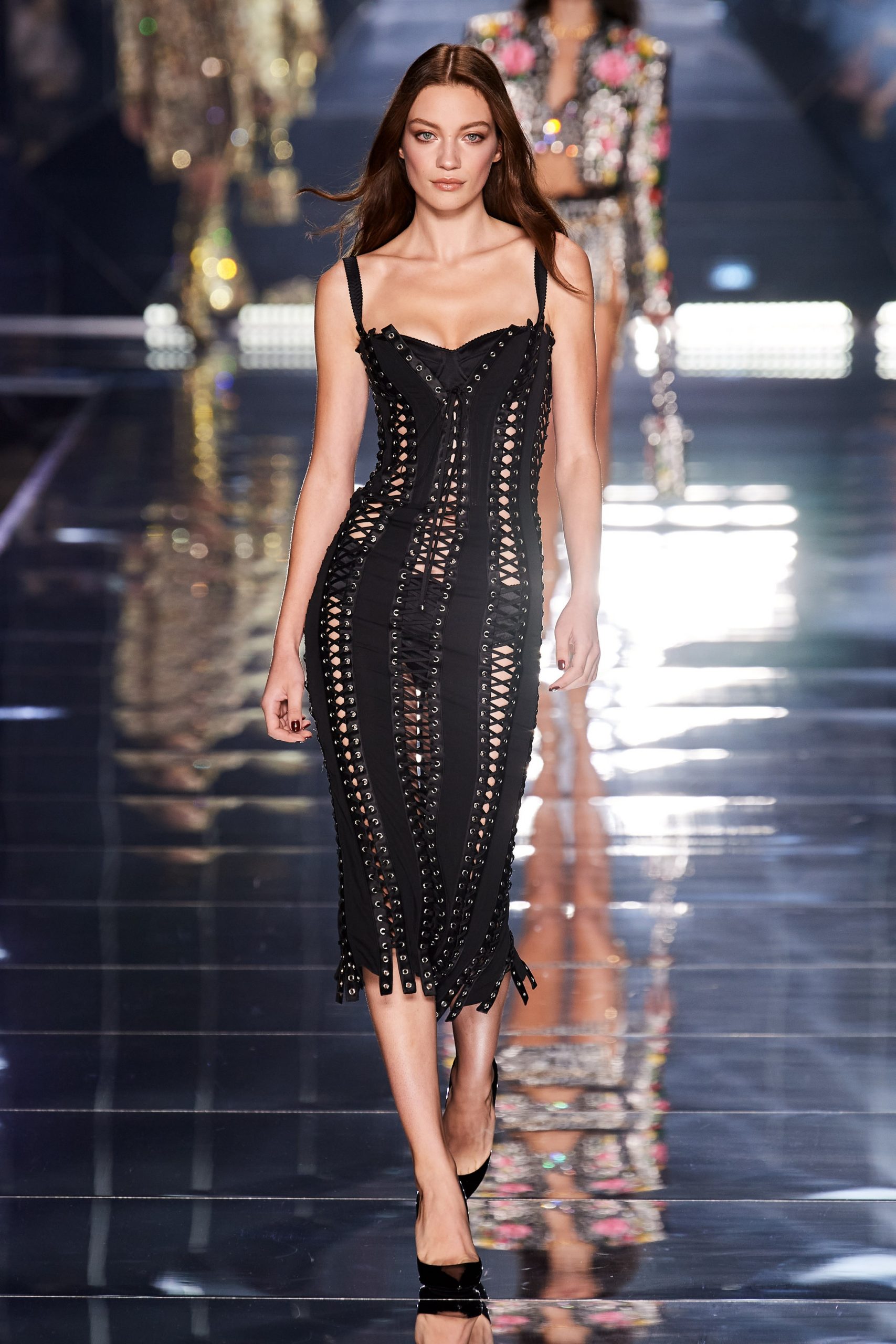 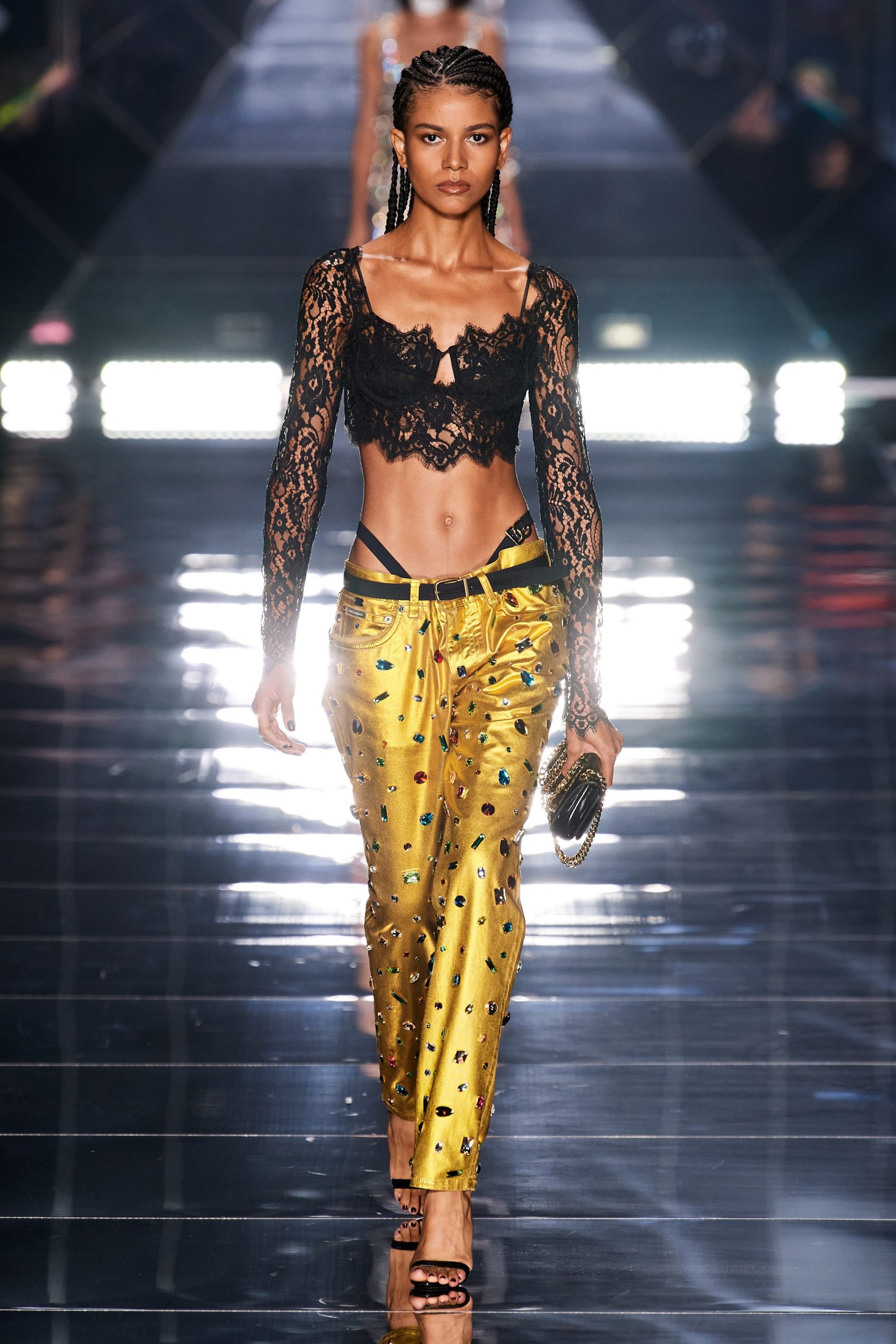 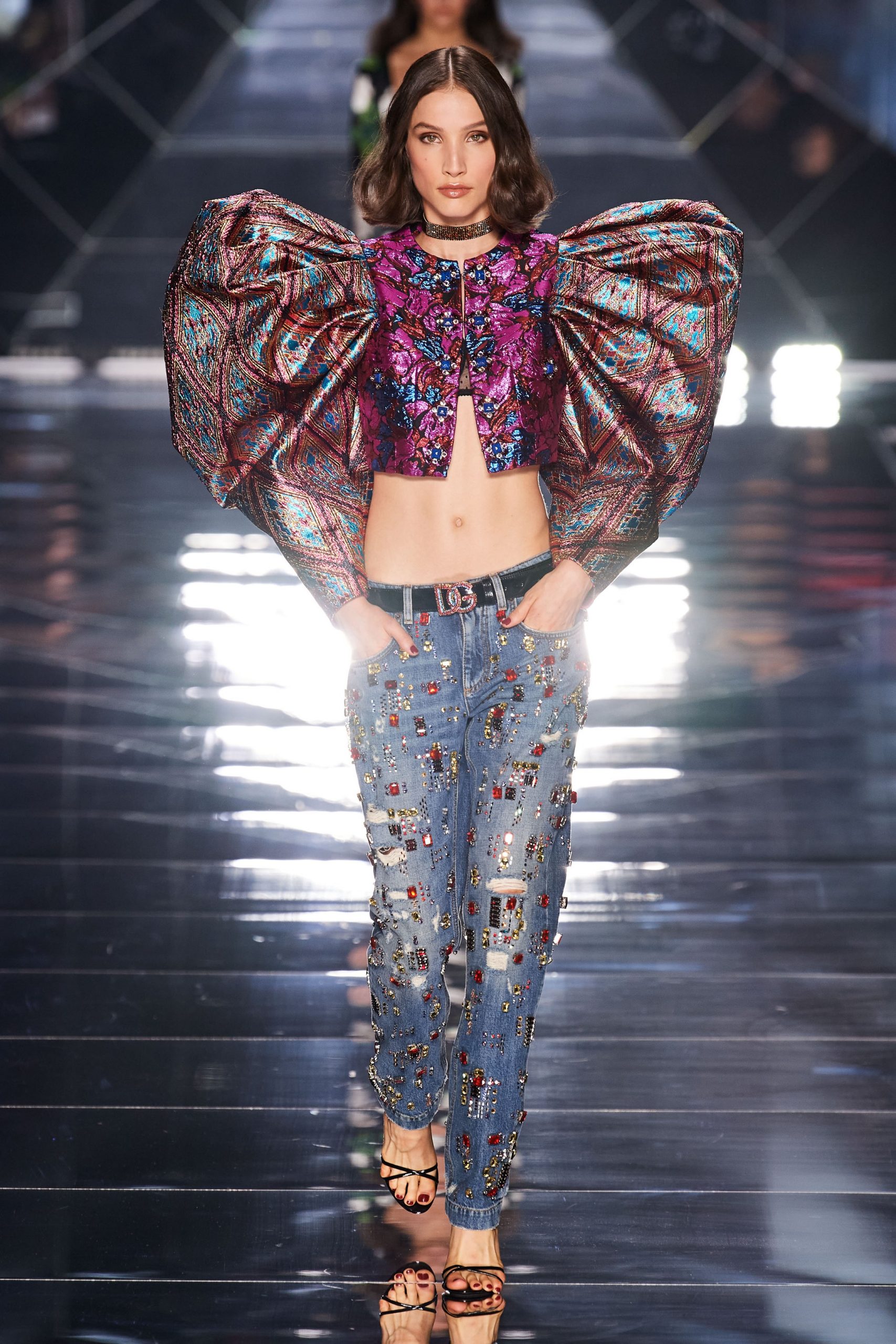 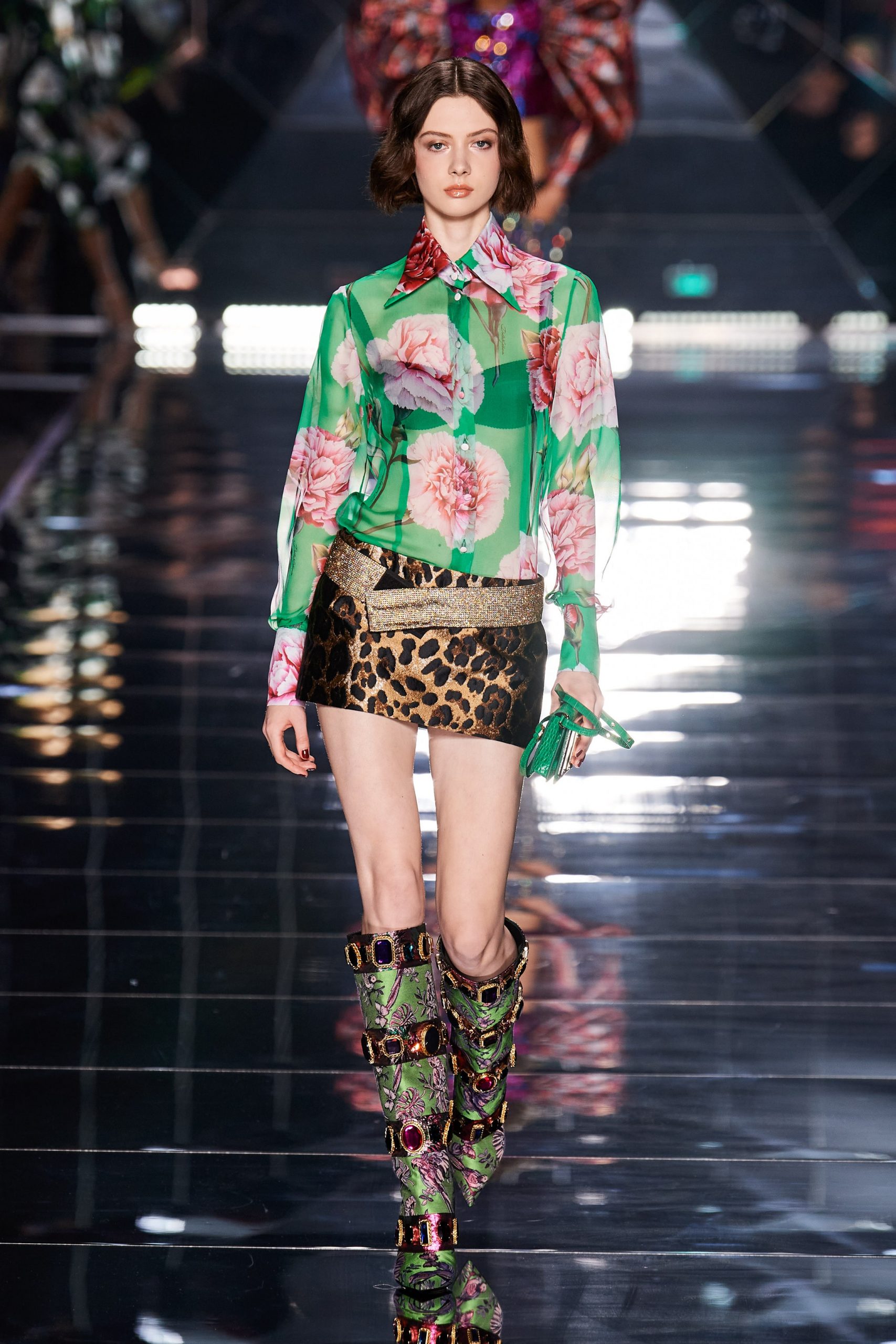 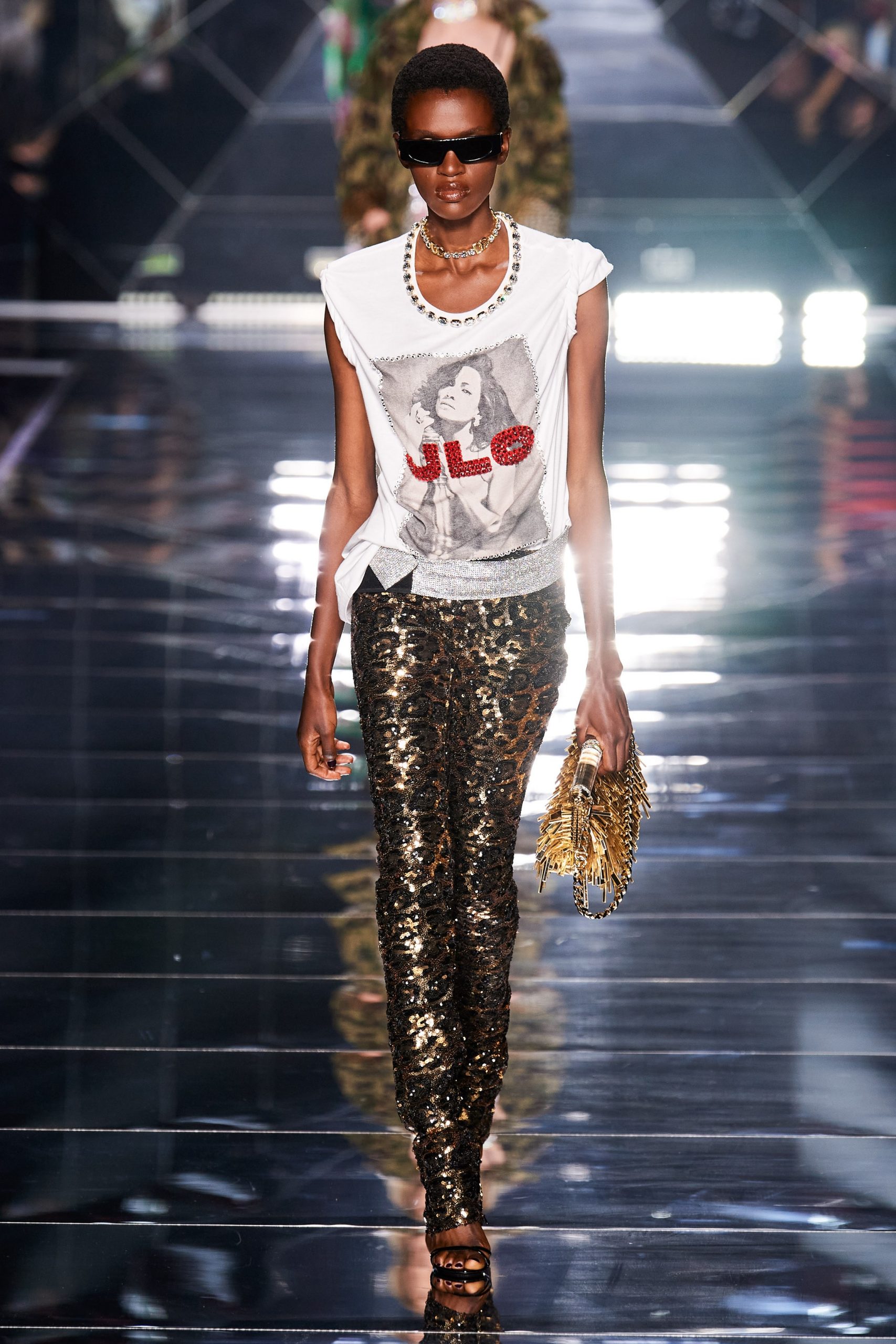 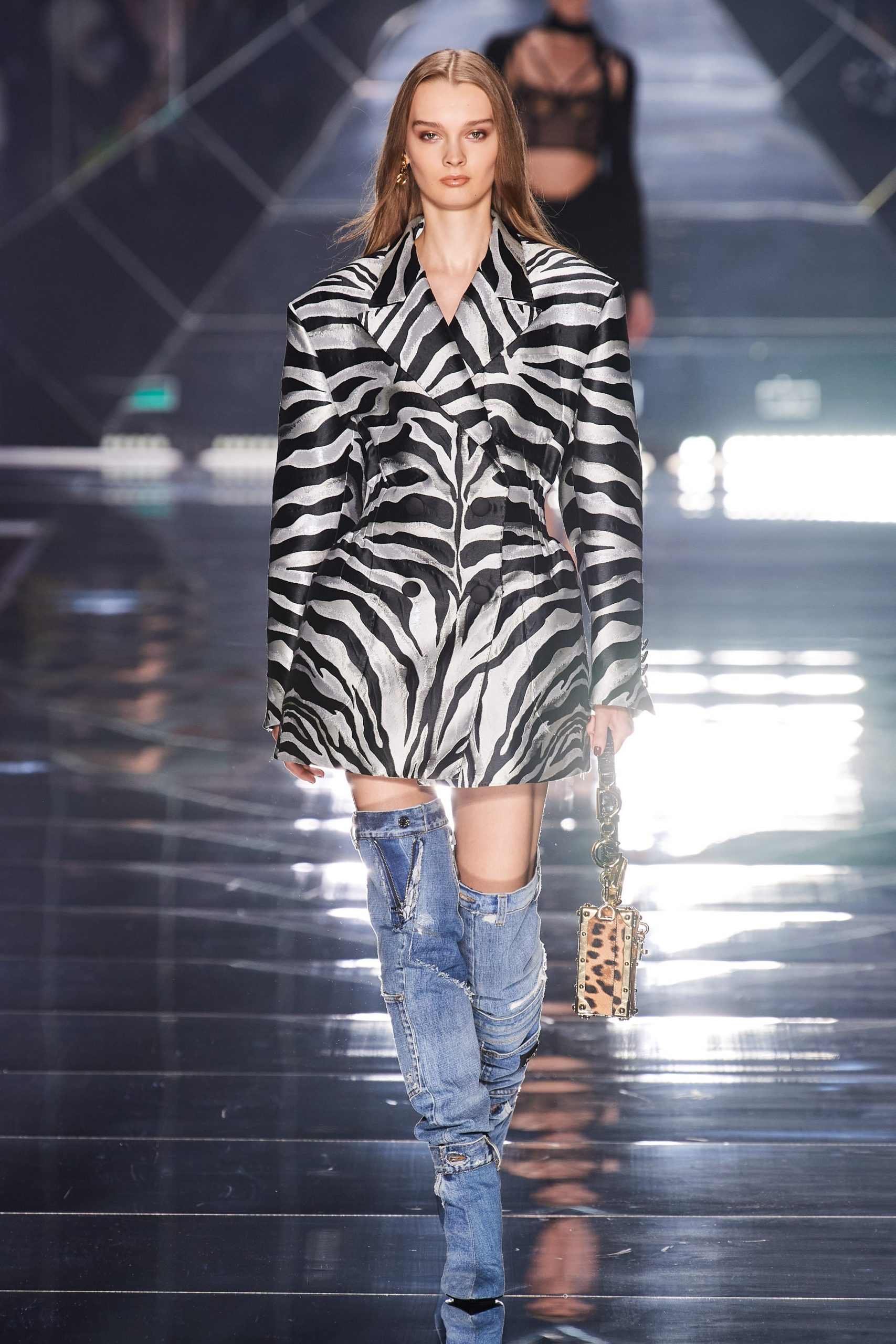 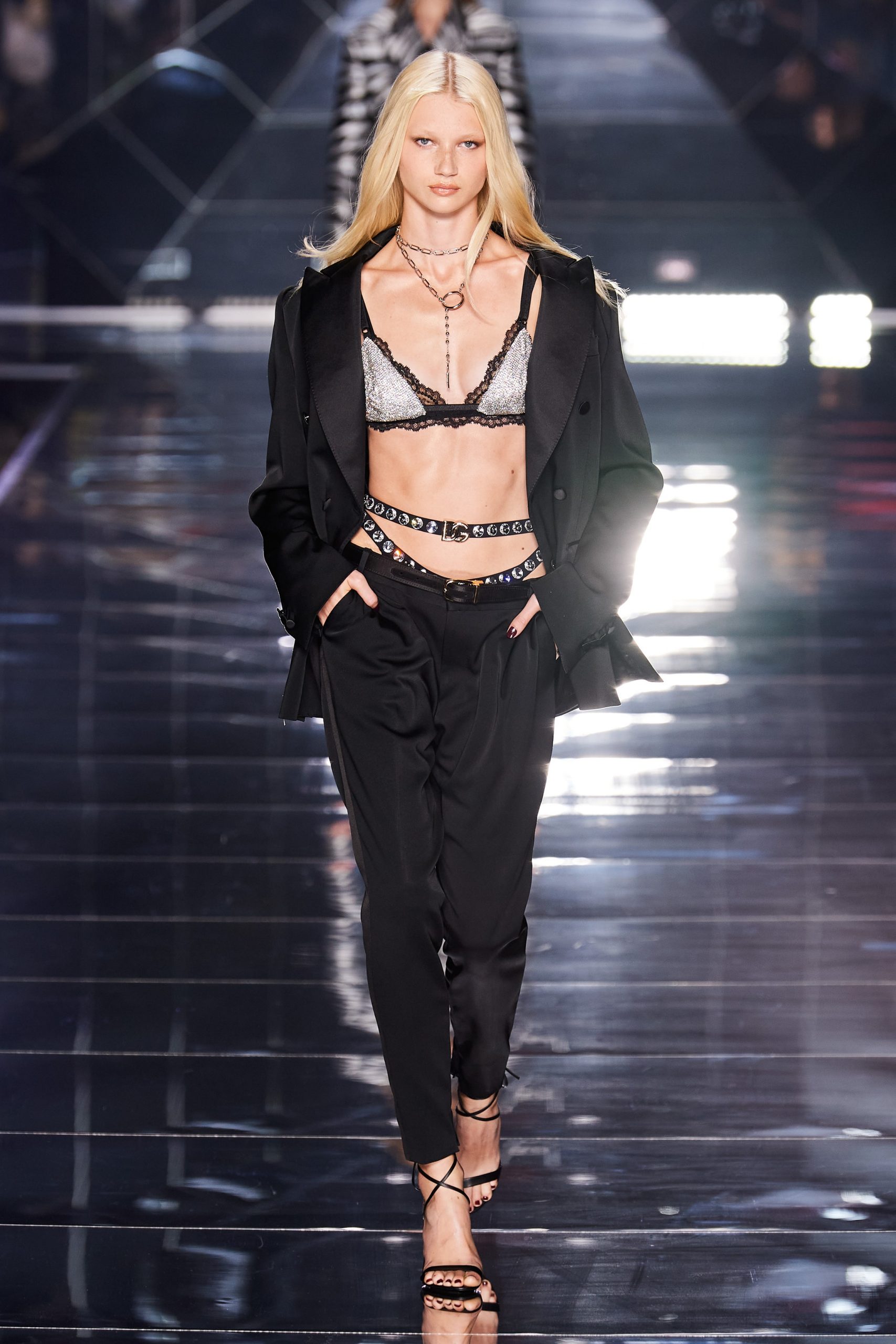