Dua Lipa is the face of Versace’s Fall-Winter 2021 campaign, appearing in a series of images photographed by Mert and Marcus. The English music superstar poses in pieces featuring Versace’s new “La Greca” motif. The full campaign launches on August 30, but Versace released a series of preview images.

Dua Lipa “did not hesitate” to change her look for her Versace campaign.

The 25-year-old singer was happy to have a fiery red shade in her hair for the Italian fashion house’s fall 2021 photoshoot, which highlighted Dua’s “passion and strength” through the color. Donatella Versace said “Dua trusted me when I asked her, she did not hesitate.” 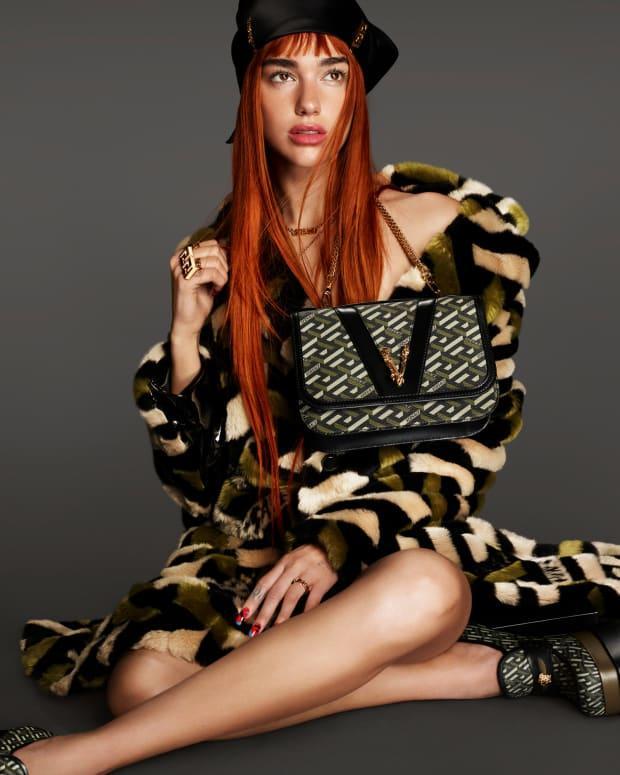 The 66-year-old fashion designer chose the Grammy winner for the campaign as she was fascinated with Dua’s presence and ability to lead women. She explained: “She hasn’t had it easy, she has fought for what she believed in and for what she has achieved. She reminds me of women in the south of Italy, she leads, she is not led.”

Donatella was also impressed by Dua’s modeling skills as she was able to stand out from the bold colours and dazzling accessories. She added: “She is very eclectic and nobody told her what to do, she was very instinctive and she interprets the dress, she is not worn by it.”