Peter Dundas is the only guy who could call a body-hugging jersey number with a cut-out down the back flank that’s cross-hatched with gold chains a T-shirt dress. But his signature glam has been dialed down for resort. That’s partly because Dundas has plans to show his spring 2022 collection at New York Fashion Week this September. Anticipating his label’s Big Apple debut, this collection has an attitude Dundas described as more American. “It’s a cleaner, fresher, more functional type of glamour,” he said

The look book was shot in Los Angeles on Stella Maxwell and Stevie Wonder’s son Kailand Morris. We see them through the windows of a house in the hills, lounging in the bedroom or out by the pool. Even Dundas’s celebrity clients are spending more time at home these days, and that’s reflected in the clothes which have been shorn of a lot of the usual frills. Dundas made the embroidered sheer purple jumpsuit H.E.R. wore to her first Oscars in April. Here, he embellished the neckline of an ivory caftan with a golden alligator motif and added perspex mirrors to shell suits; they’re not red carpet material and that’s the point. Dundas also included some oversize pantsuits cut in proportions that Cary Grant might’ve recognized. These looked like a real departure for him, until he pointed out that, like his “T-shirt dresses,” they’re also backless. 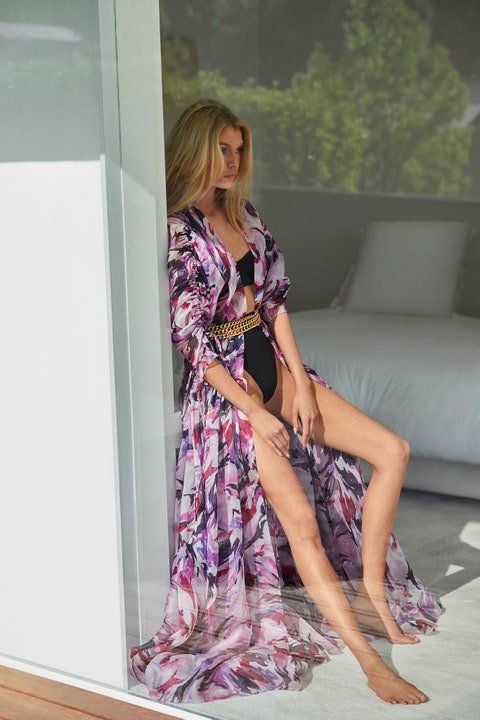 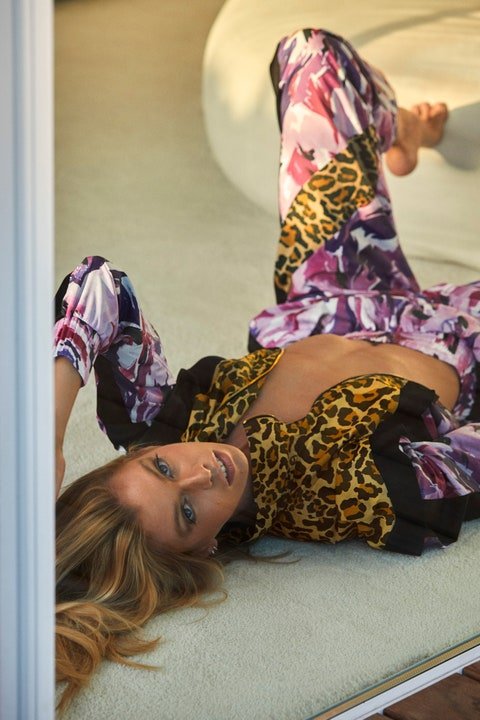 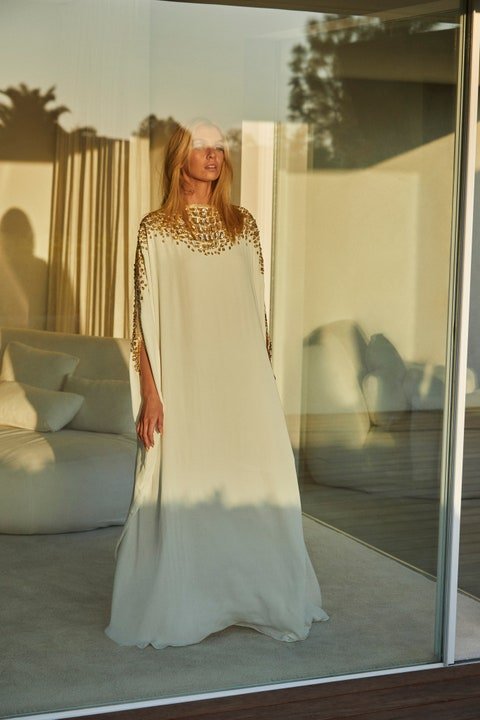 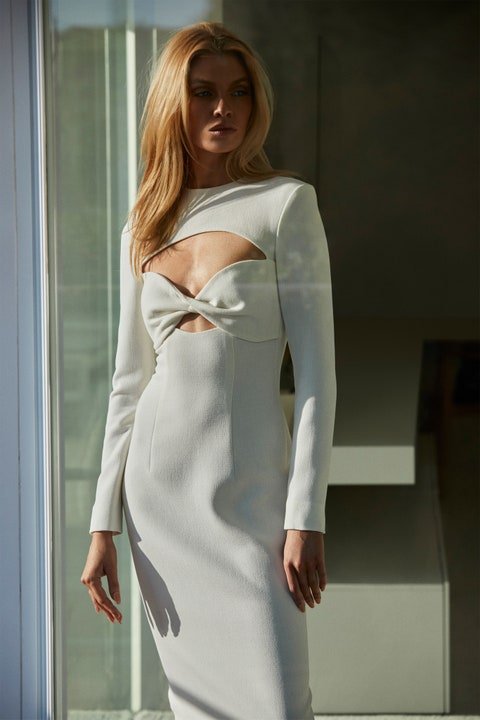 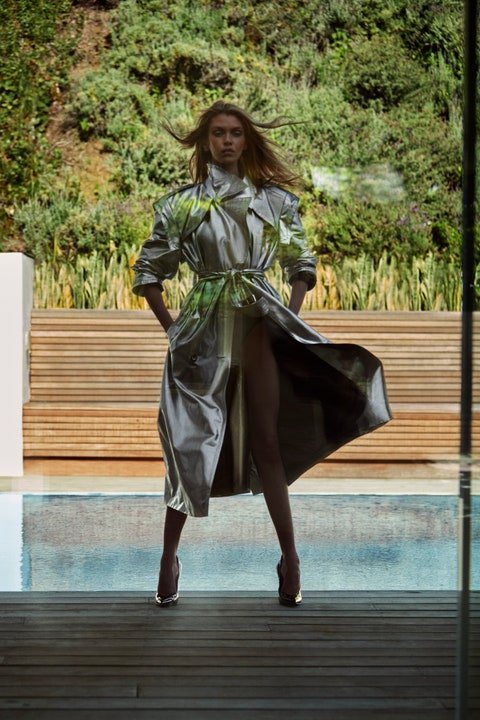 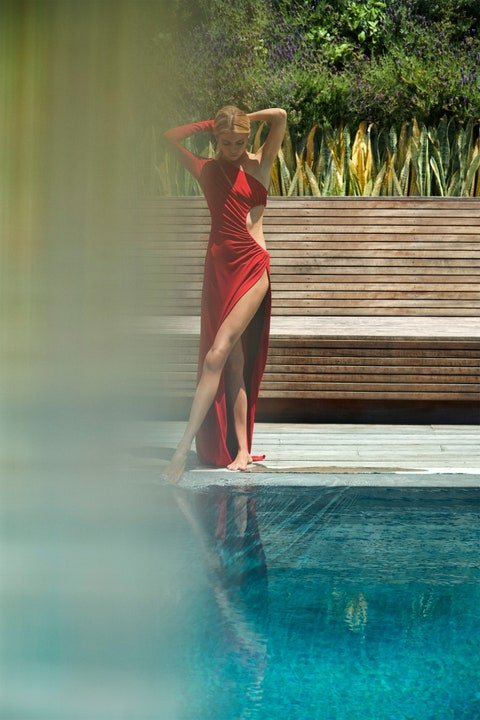 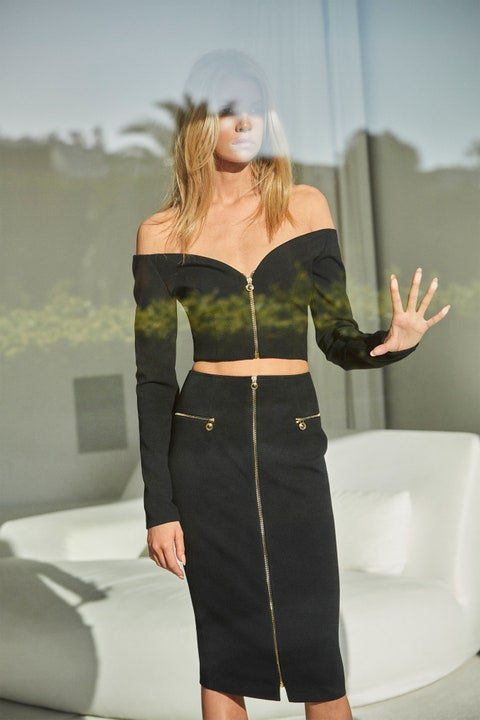 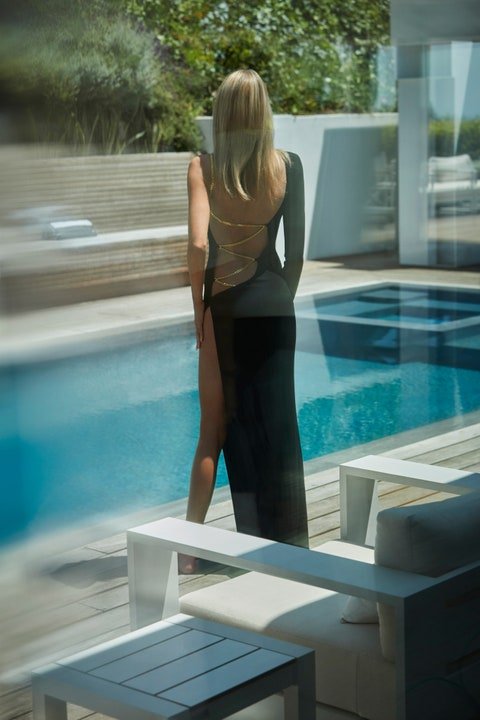 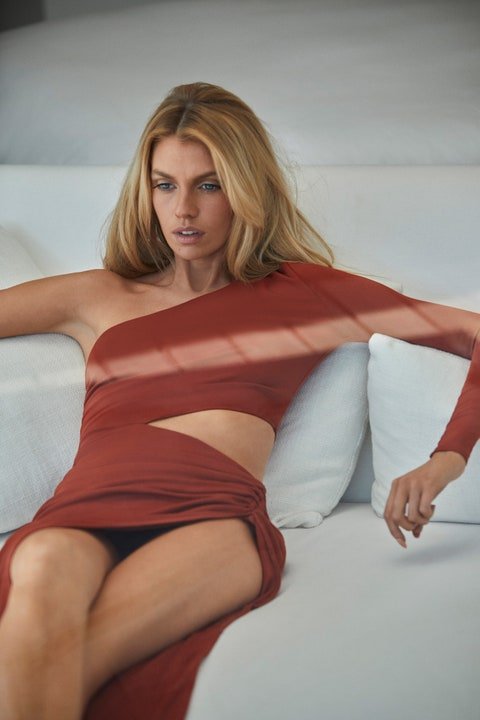 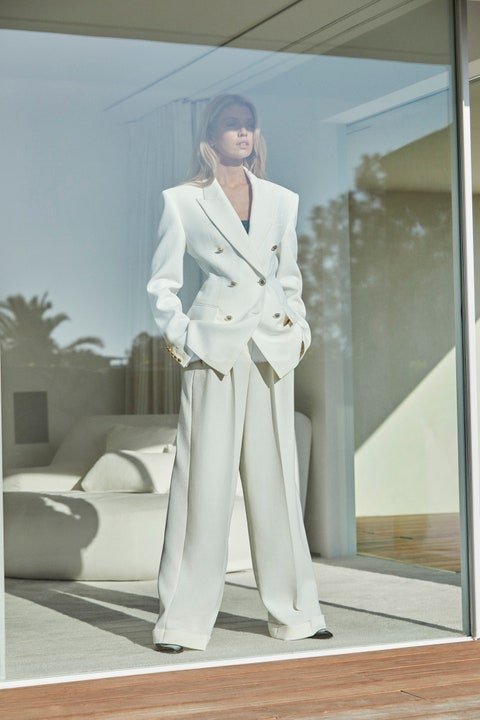