We were waiting for Kim Jones’s Fendi debut. We were talking about it 2 months ago. https://www.planetfashiontv.com/kim-jones-x-fendi/

It dropped last week and Kim Jones brought a royal flair to his first Fendi show. With a co-ed star studded cast featuring: Demi Moore, Kate Moss, Naomi Campbell, Bella Hadid, Cara Delevingne, Lila Moss, Christy and James Turlington, Adwoa and Kesewa Aboah, the theme was clear, classic couture. Known for his streetwear collaborations, this collection was a graduation of aesthetic.  Silvia Venturini Fendi, still serves as artistic director of accessories and menswear and she works along side her daughters, Leonetta Fendi and jewelry designer Delfina Delettrez. Jones has now named Delfina Delettrez as creative director of jewelry of the Fendi brand. Delettrez made a statement by pairing supersized chandelier earrings with the amazing evening gowns.

Some inspiration was found in the sketches of his predecessor, Karl Lagerfeld, who left 54 years’ worth of archives behind him when he died two years ago. Lagerfeld’s Fendi was epitomized by Roman modernism. Demi Moore opened the Couture spring/summer 2021 presentation in a silky black trouser suit and a low ponytail that allowed Delfina Delettrez’s spectacular statement earrings to shine. Outside of helping with styling, Silvia Venturini Fendi’s daughters, jewellery designer Delfina Delettrez Fendi and her younger sister, Leonetta, also walked in the show. 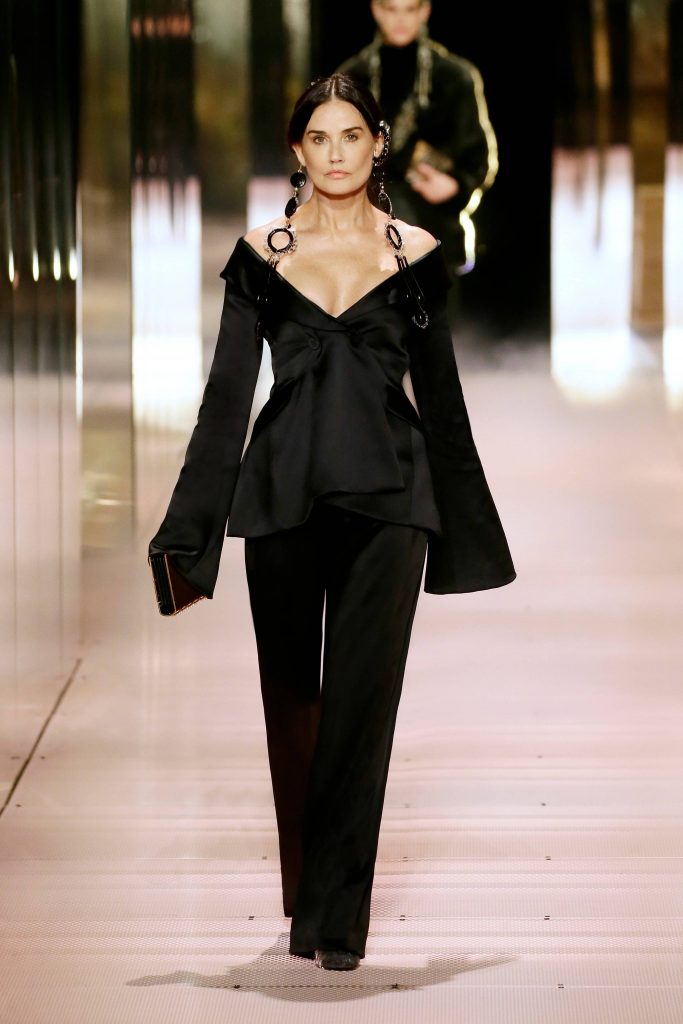 “Fendi represents artisanal quality of the highest order, and it’s all about family,” said Jones in the show notes. “It’s in its third generation with a Fendi at its helm, and I am guest starring while bringing in the fourth. Here, I am surrounded by strong, powerful women who I love and respect, and want to bring their energy into what I do.”  Kate Moss and Naomi Campbell are Jones’s long time friends and famously walked in his final show as men’s artistic director of Louis Vuitton in 2018, and joined forces once again to give him an equally great start for his debut at Fendi.  Turlington, who made her first catwalk appearance in 30 years at Marc Jacobs in 2019, was persuaded out of runway retirement once again by the prospect of Jones’s hotly anticipated couture debut, and was joined by her nephew James, who made his own modelling debut at New York Fashion Week in September 2019. 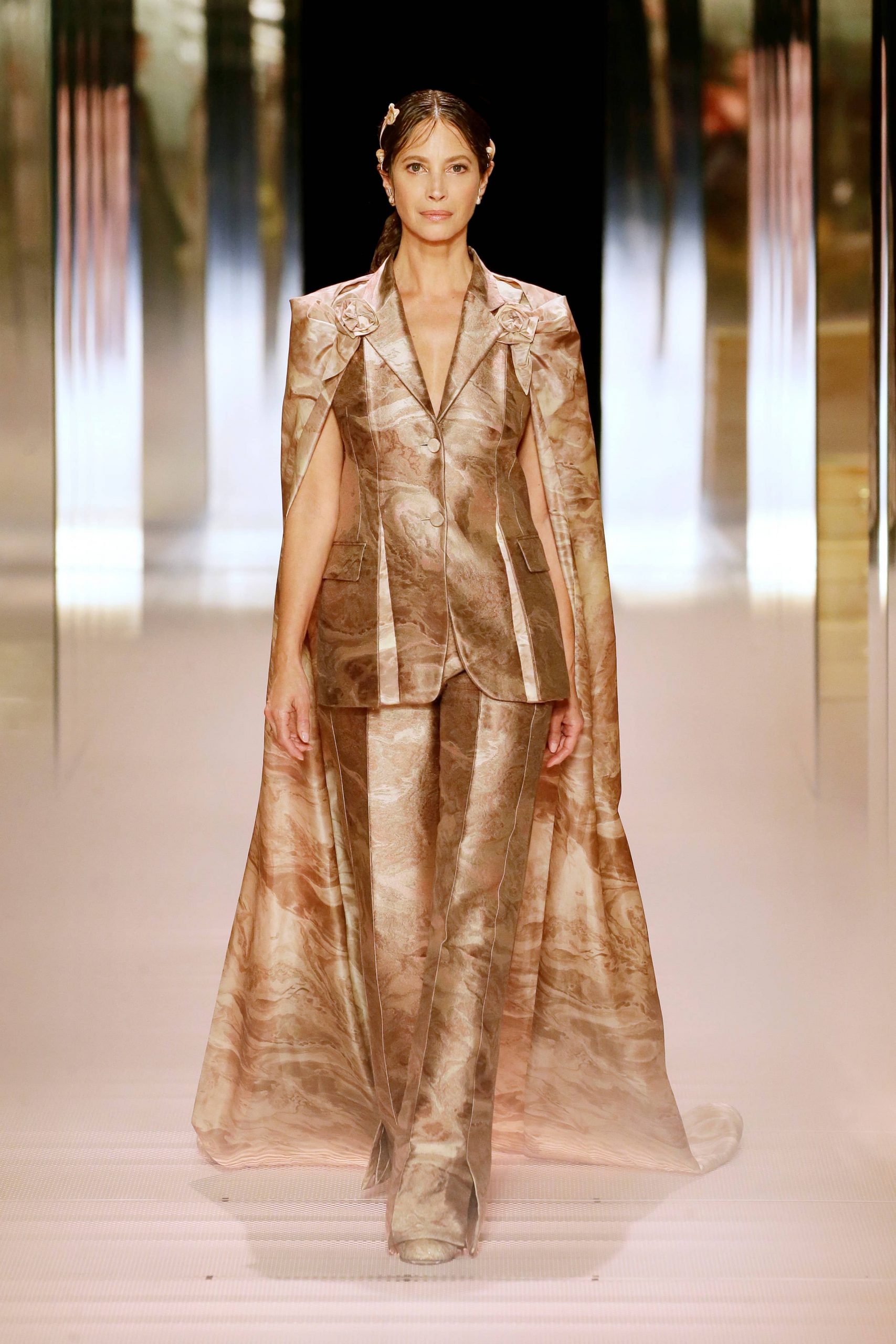 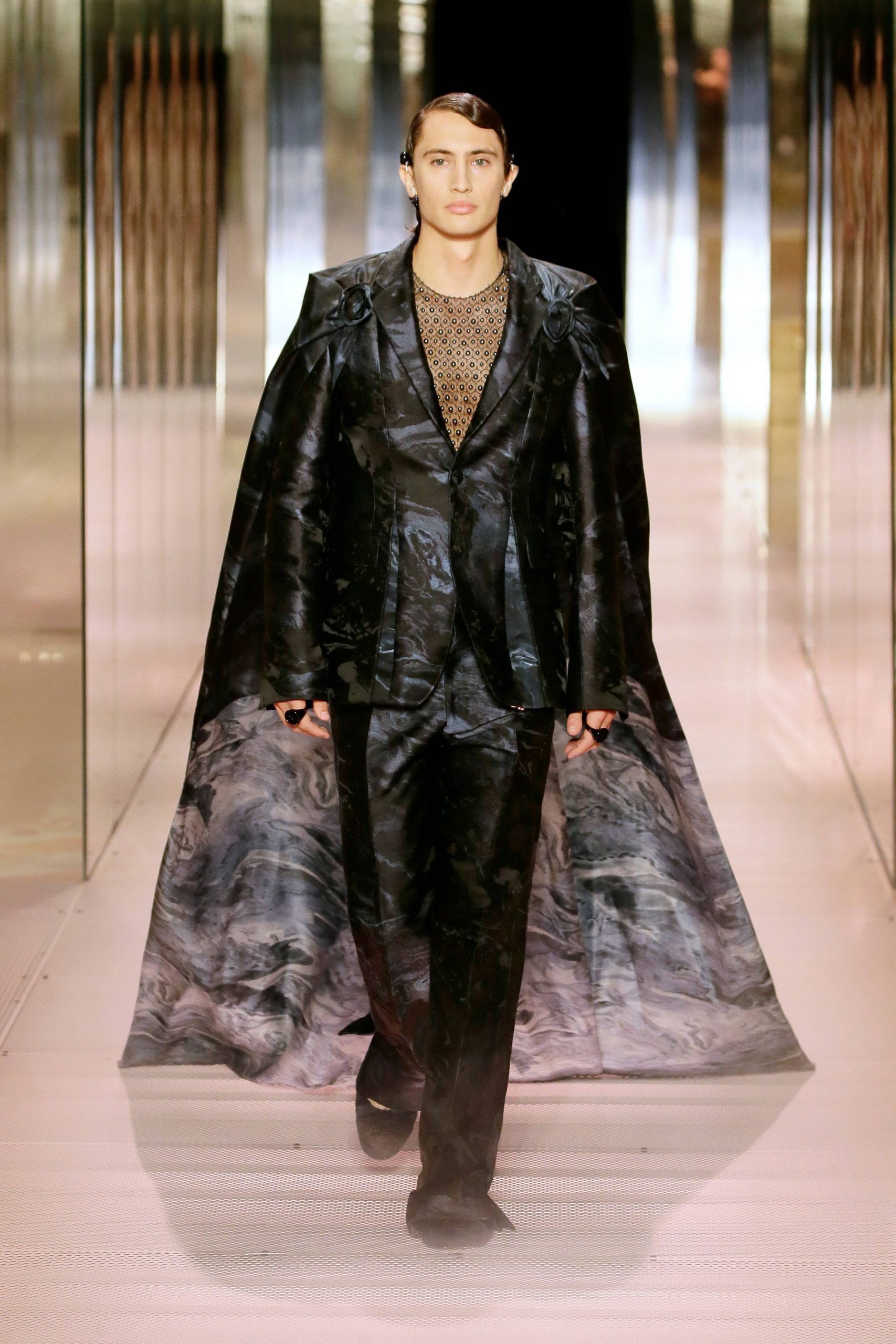 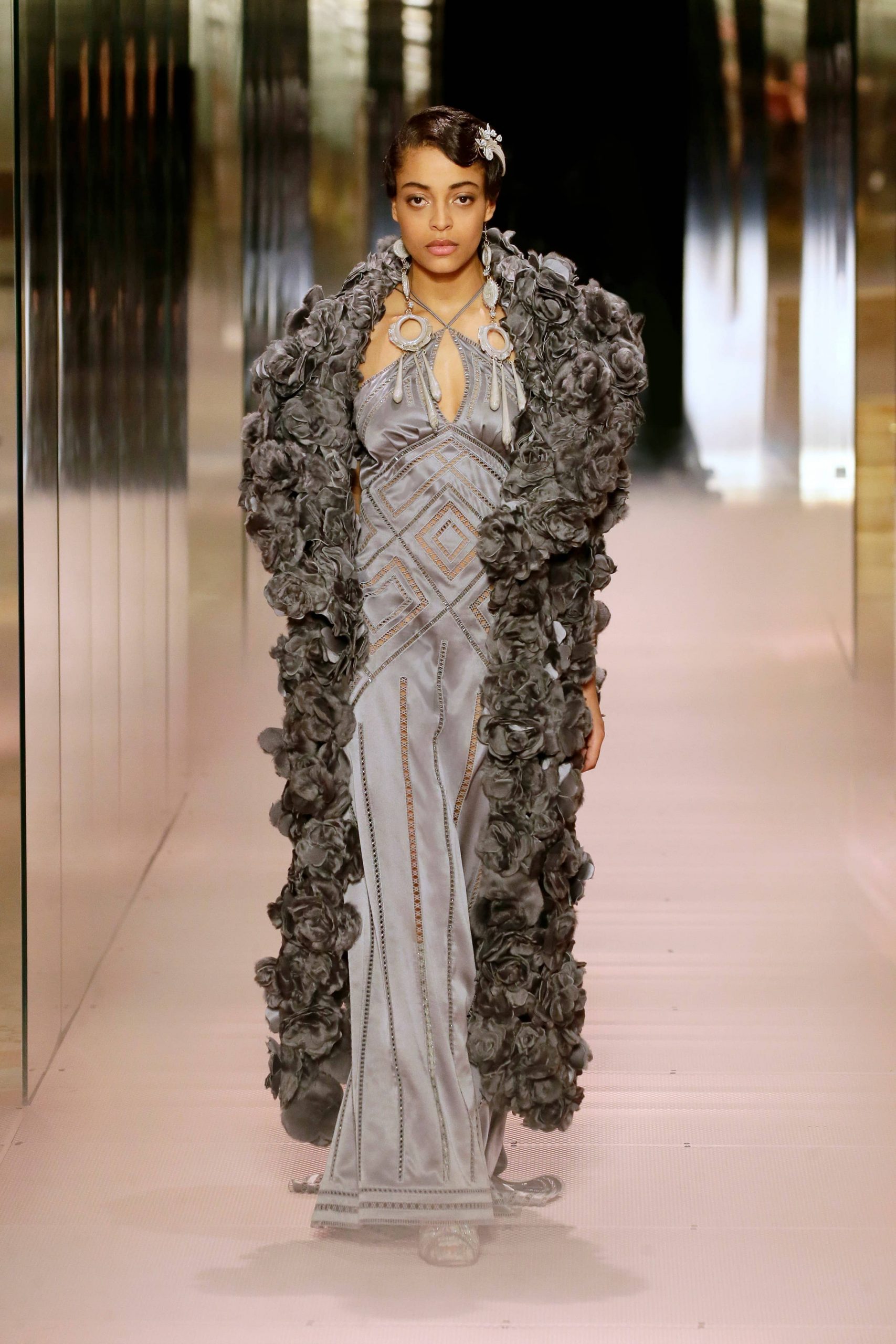 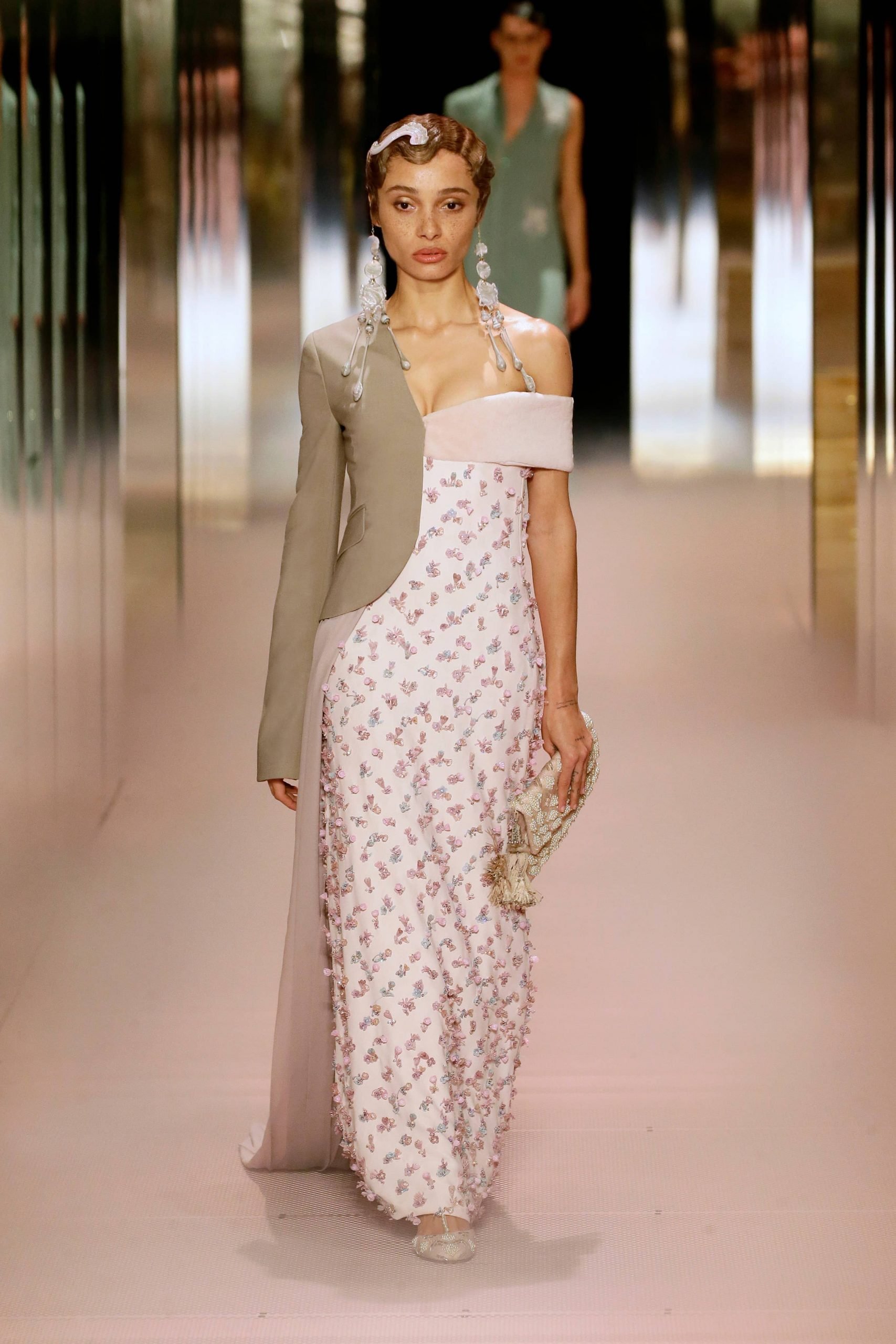 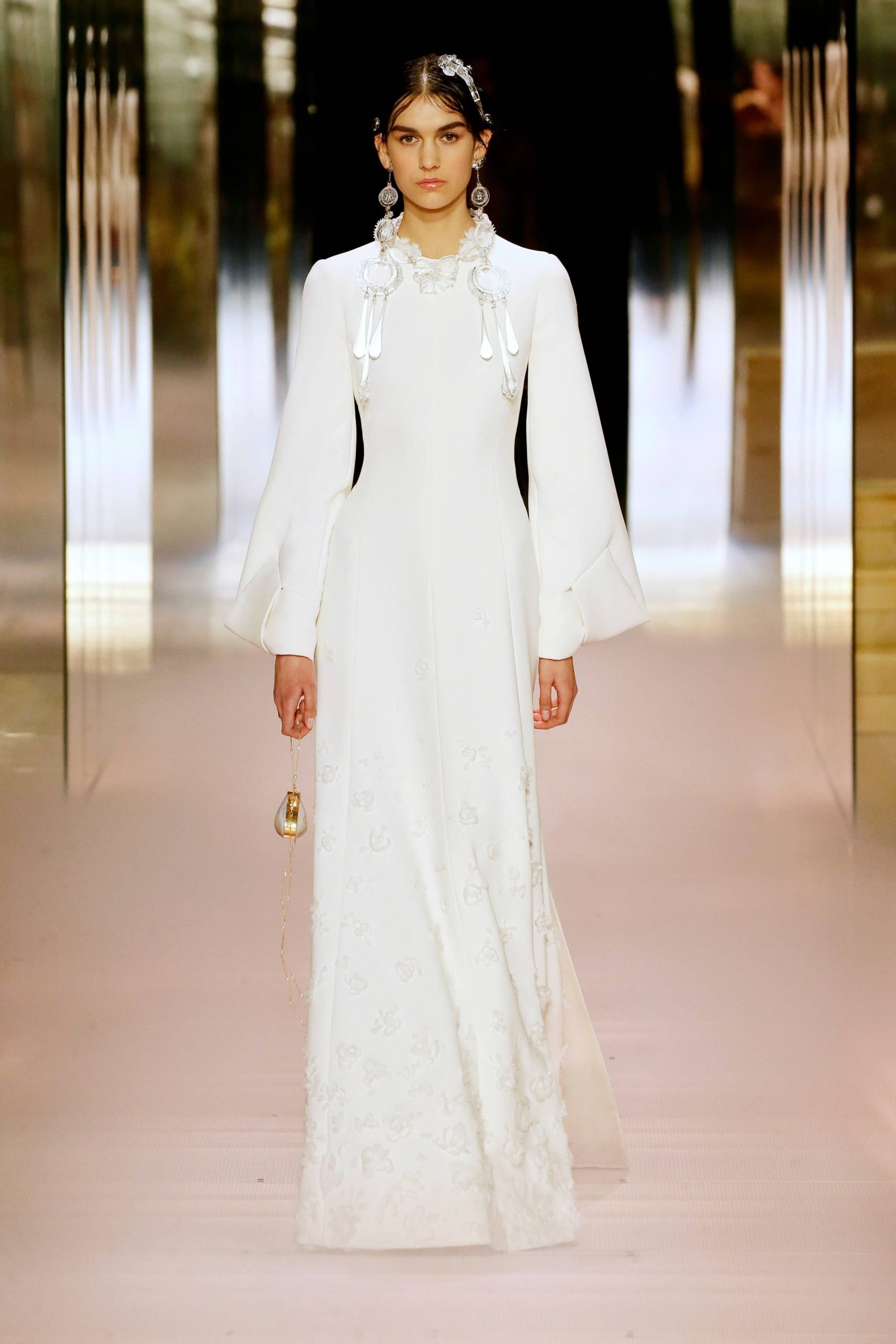 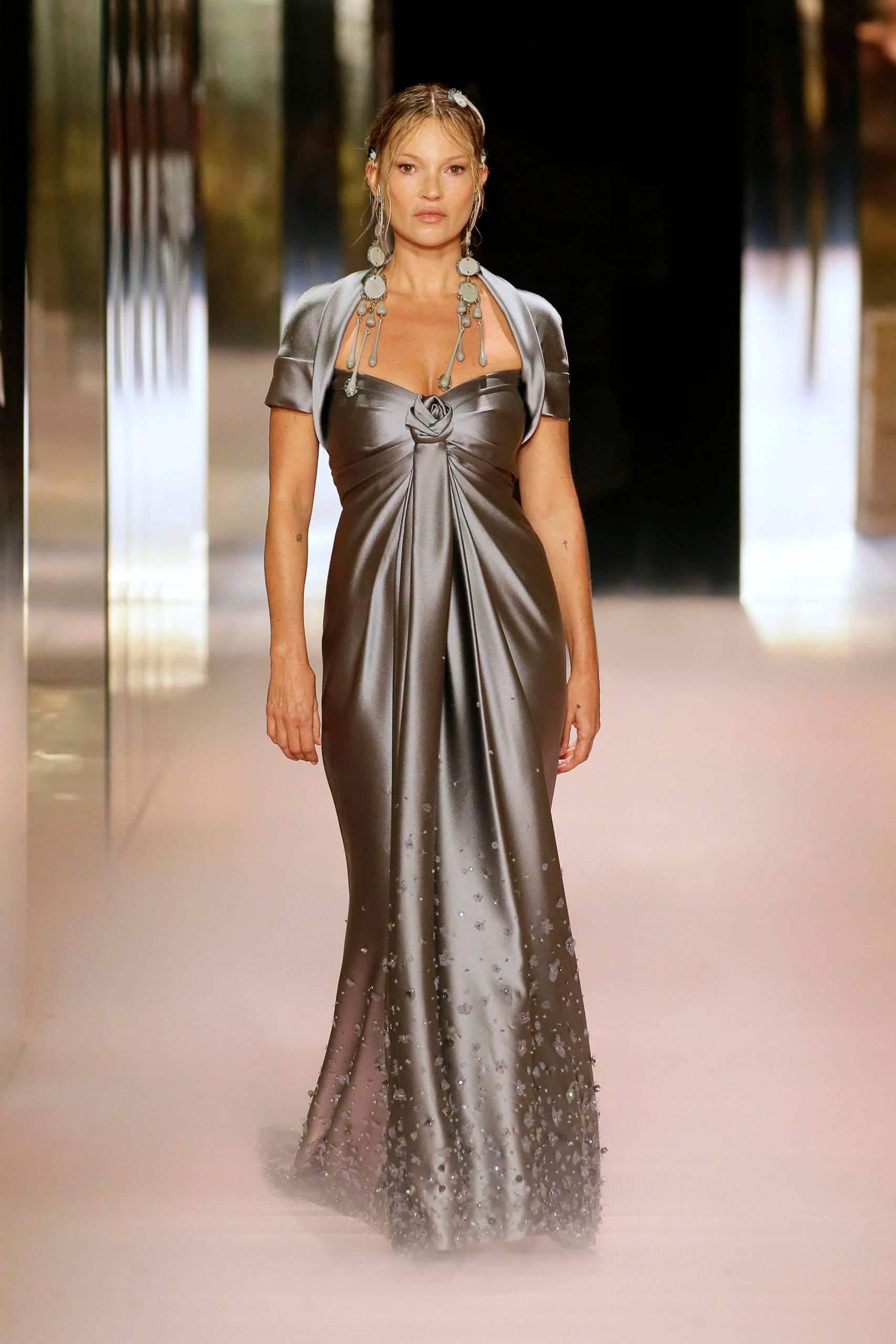 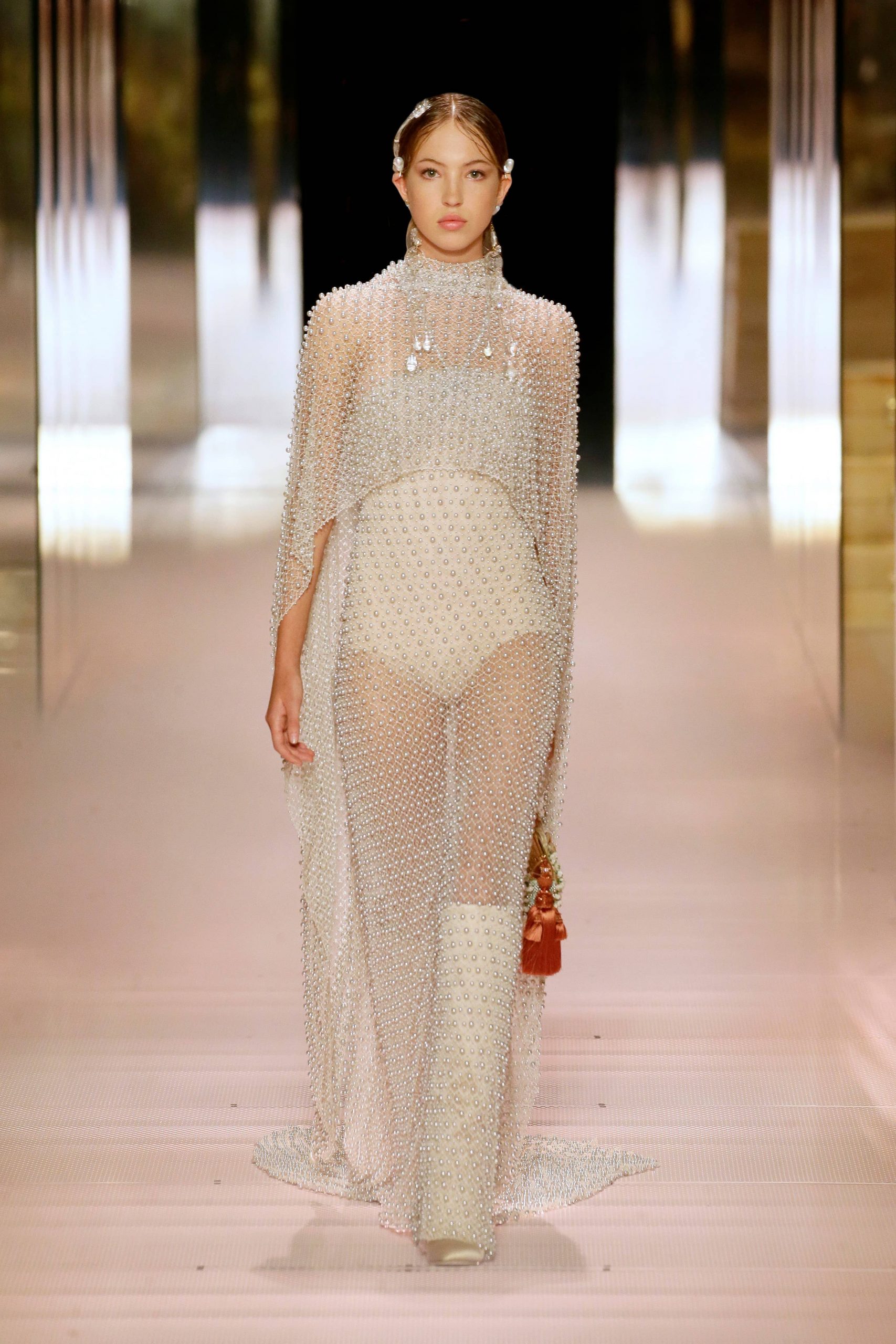 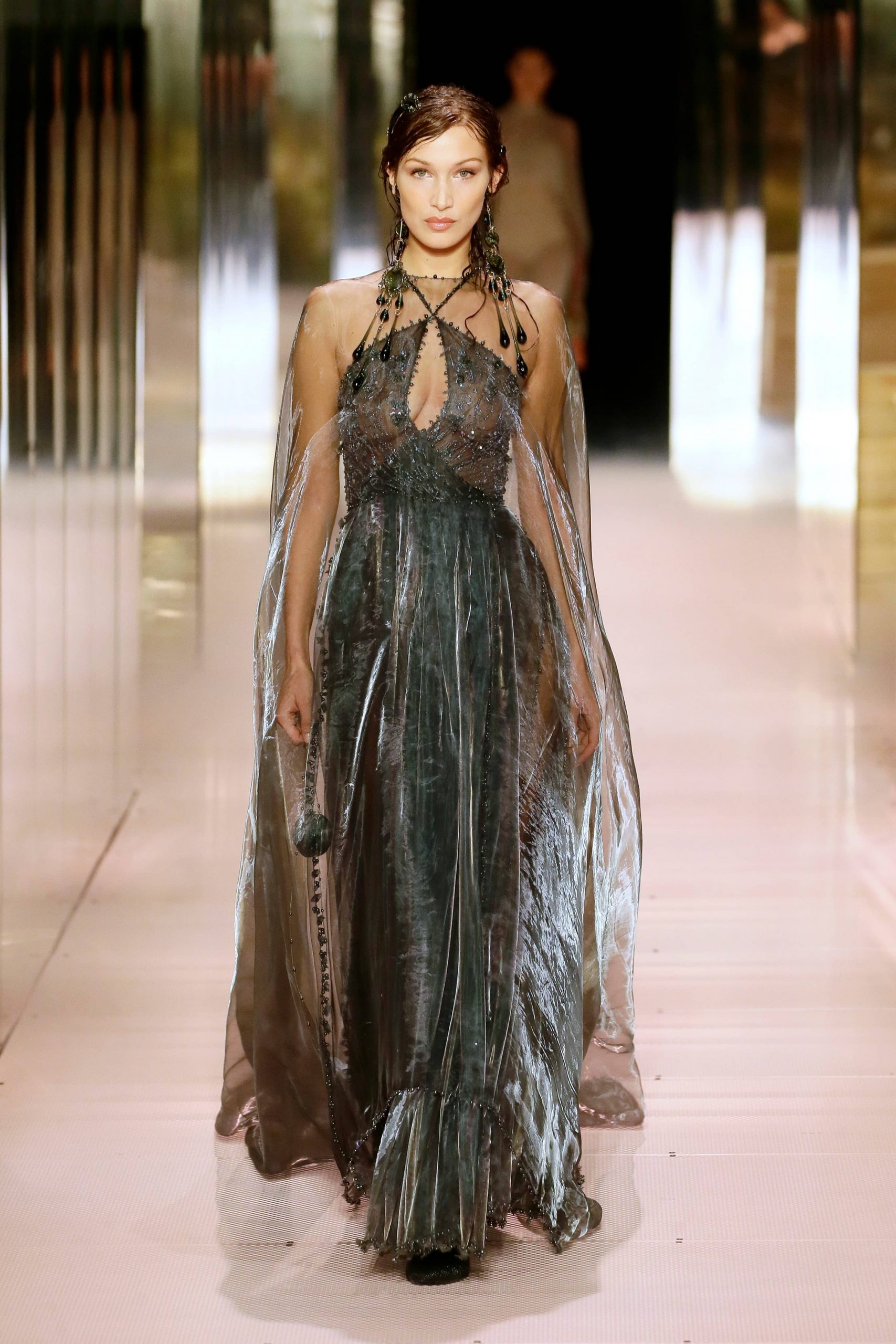 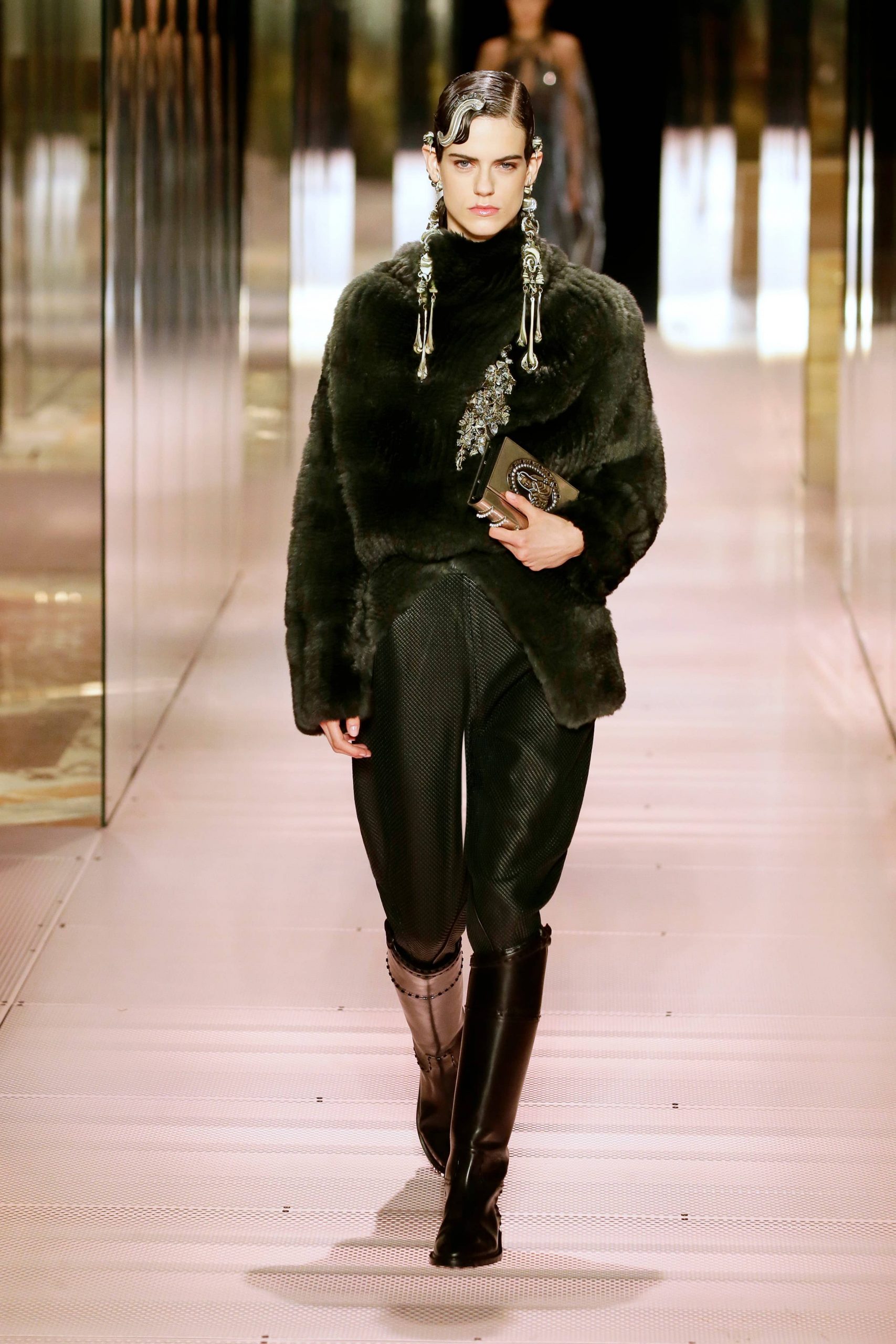 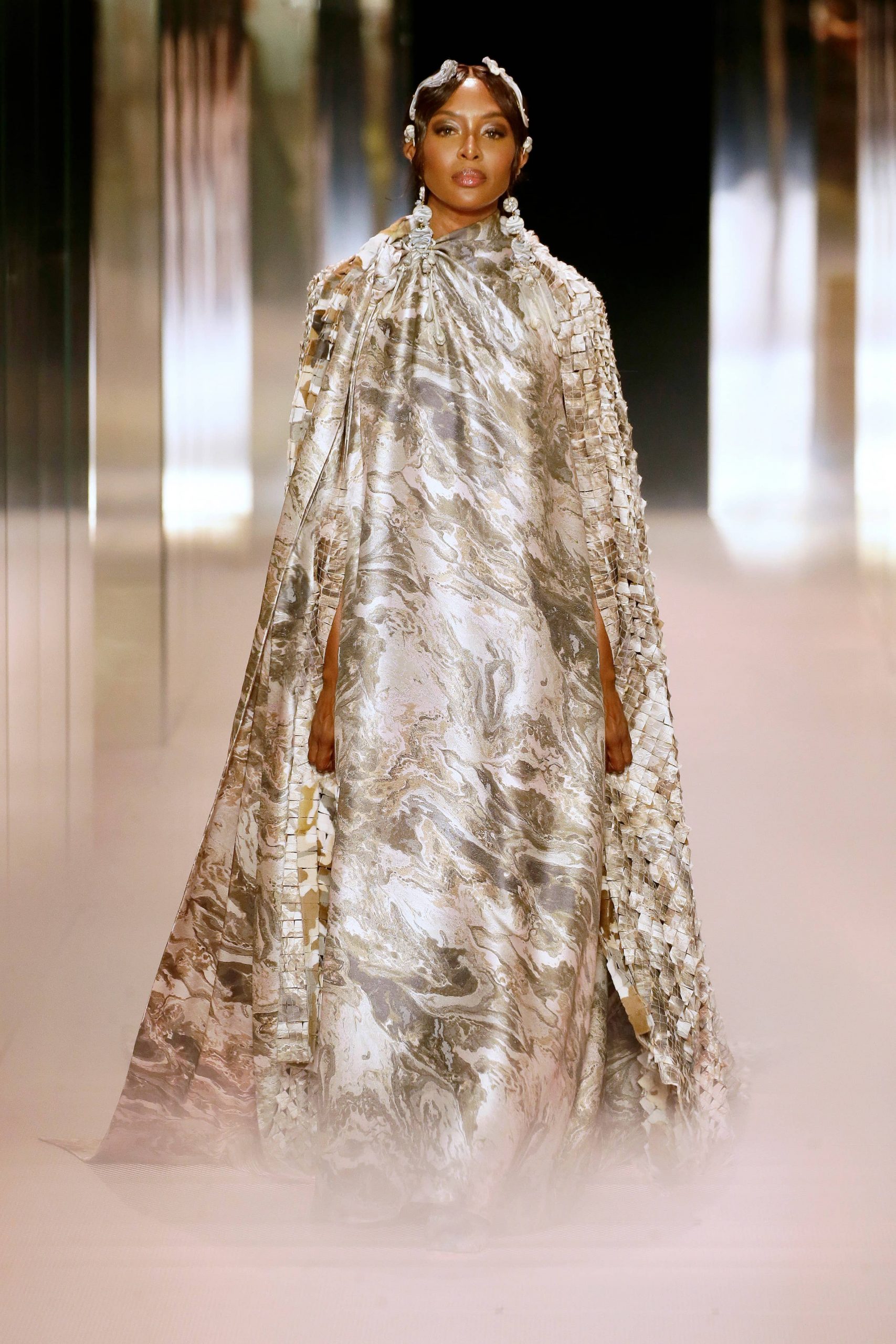 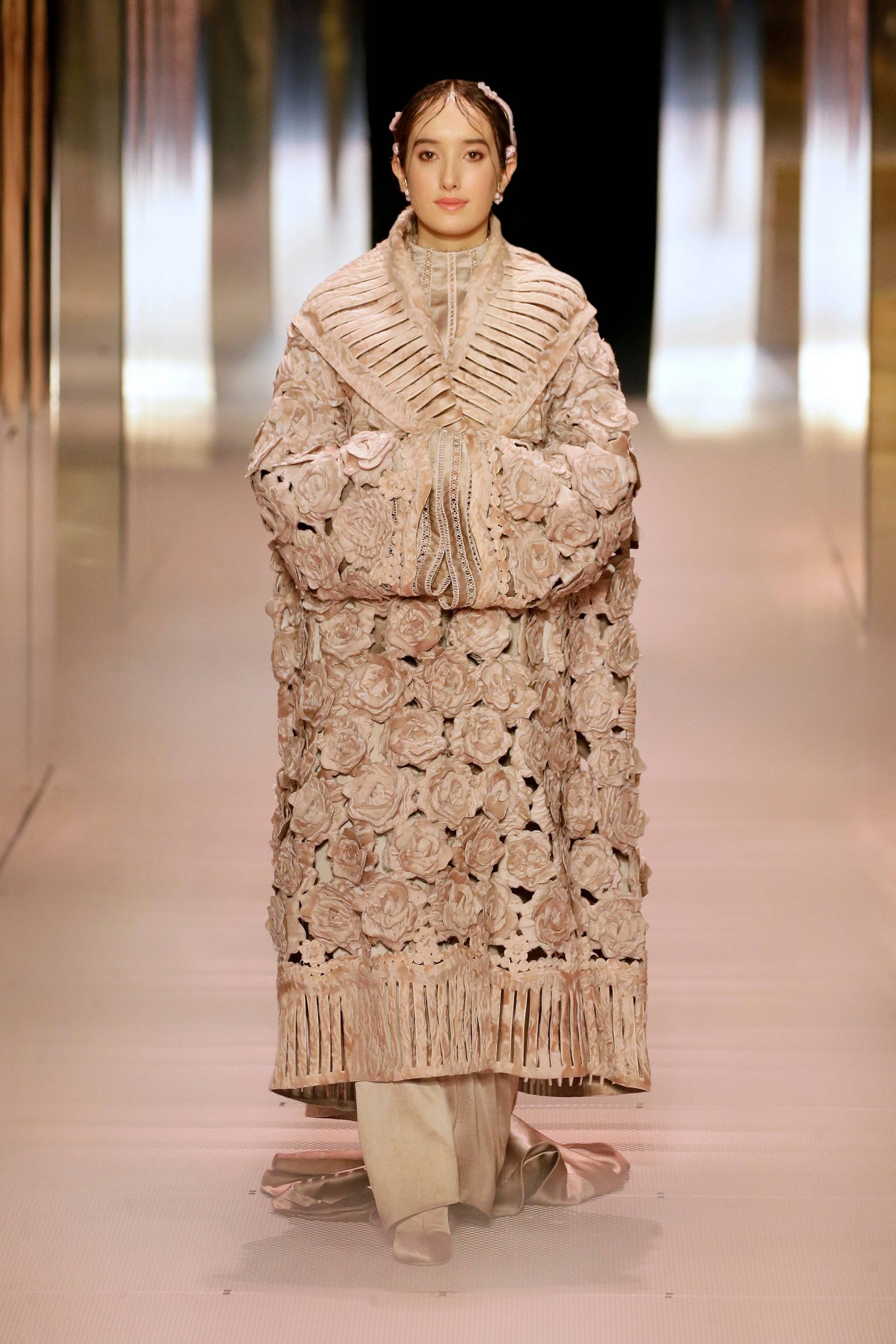