The illustrations drawn from the López estate’s archive originated, Jones said, as the 1960s transitioned into the 1970s. Here his work was introduced via oversized brushstrokes, then zeroed-in upon via one particular drawing, a rouge-lipped profile of Jane Forth that was abstracted into the pattern that contoured four vivid intarsia and jacquard looks. Color became more impactfully calorific as further illustrations of wavy-haired and cherry-lipped rainbow-framed women were worked into kaftans, a fringed tapestry-woven Baguette, intarsia leather thigh-highs and silks. Plexiglass jewelry by Delletrez was shaped in gold-edged transparent lily leaves, another López signature.

Many looks remained illustration free, including some Moodymann-perfect, bouncily-fringed dresses and a series of diagonally-striped silks (which featured that archive Fendi logo as a sub-pattern) and a complementary marabou jacket over rose gold tailored silk pants. Yet even without the figurative signposting, these looks echoed the aesthetic of the period in which López was working, and seemed further to echo a period (and in Erté, an illustrative style) that to an extent prefigured it. Or as Jones observed: “There was the 1920s, the 1970s, and now the 2020s, these fifty year periods. And the 1920s is when Fendi was founded, so it all rolls into one thing.” Continuity: it allows a girl to glide. 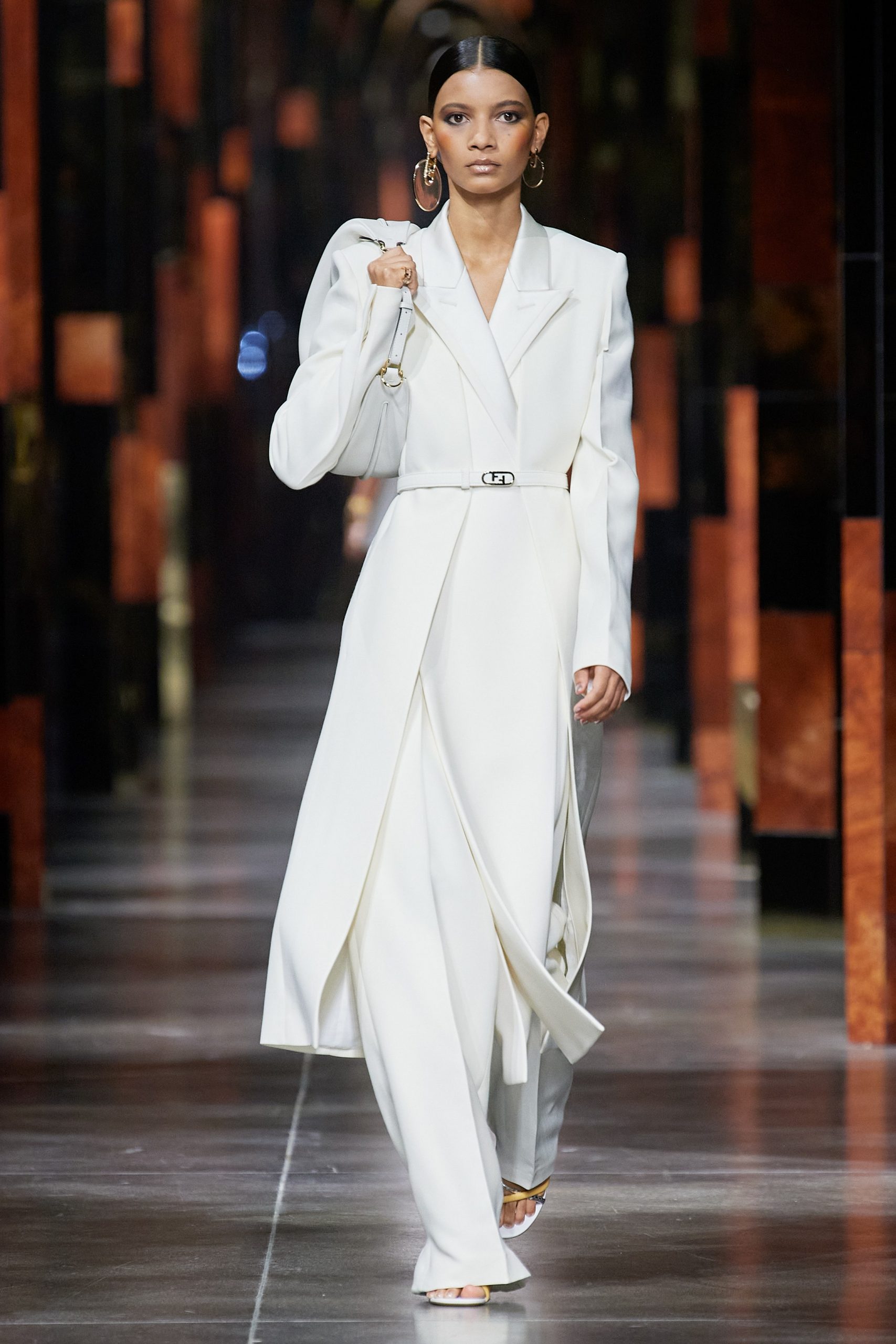 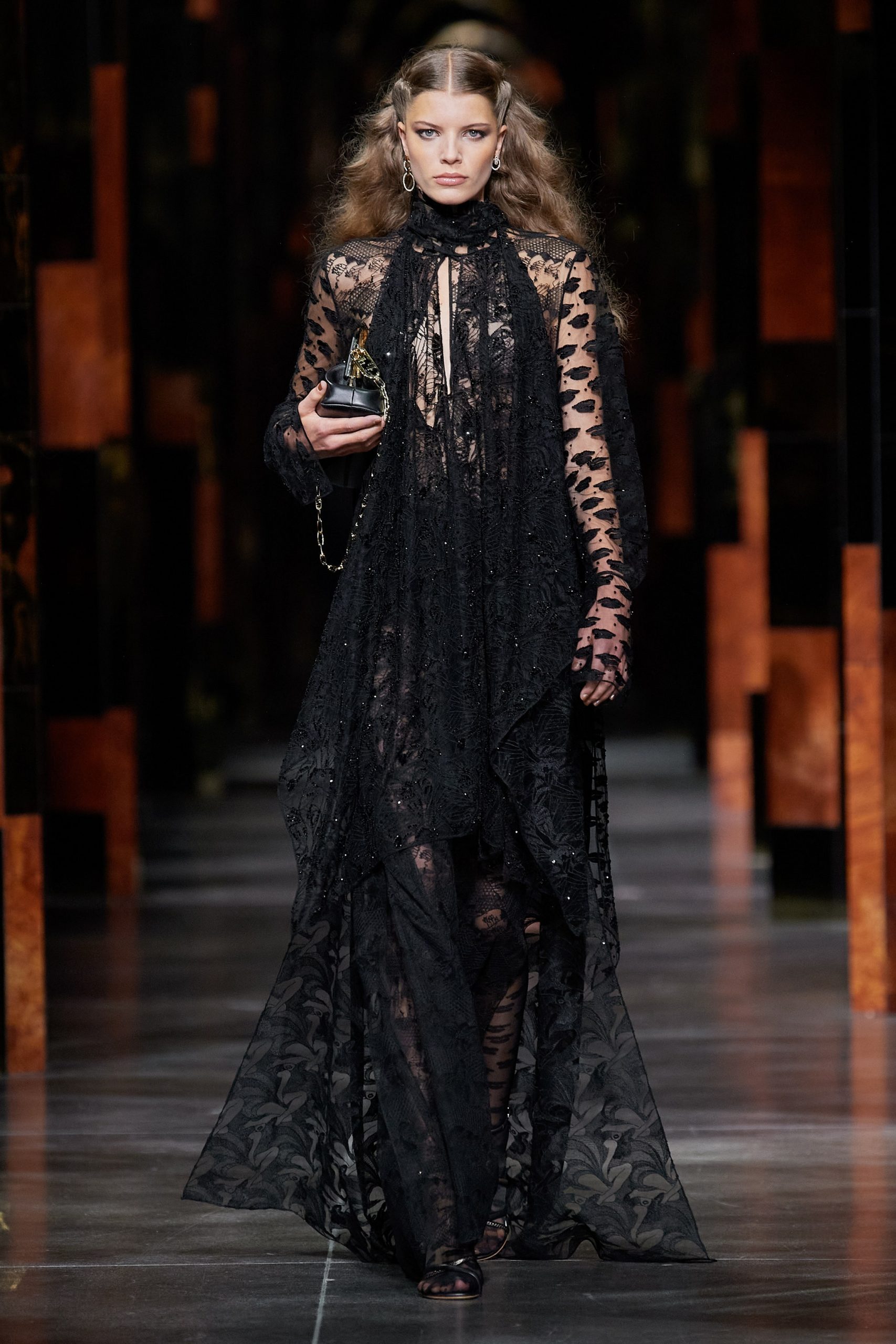 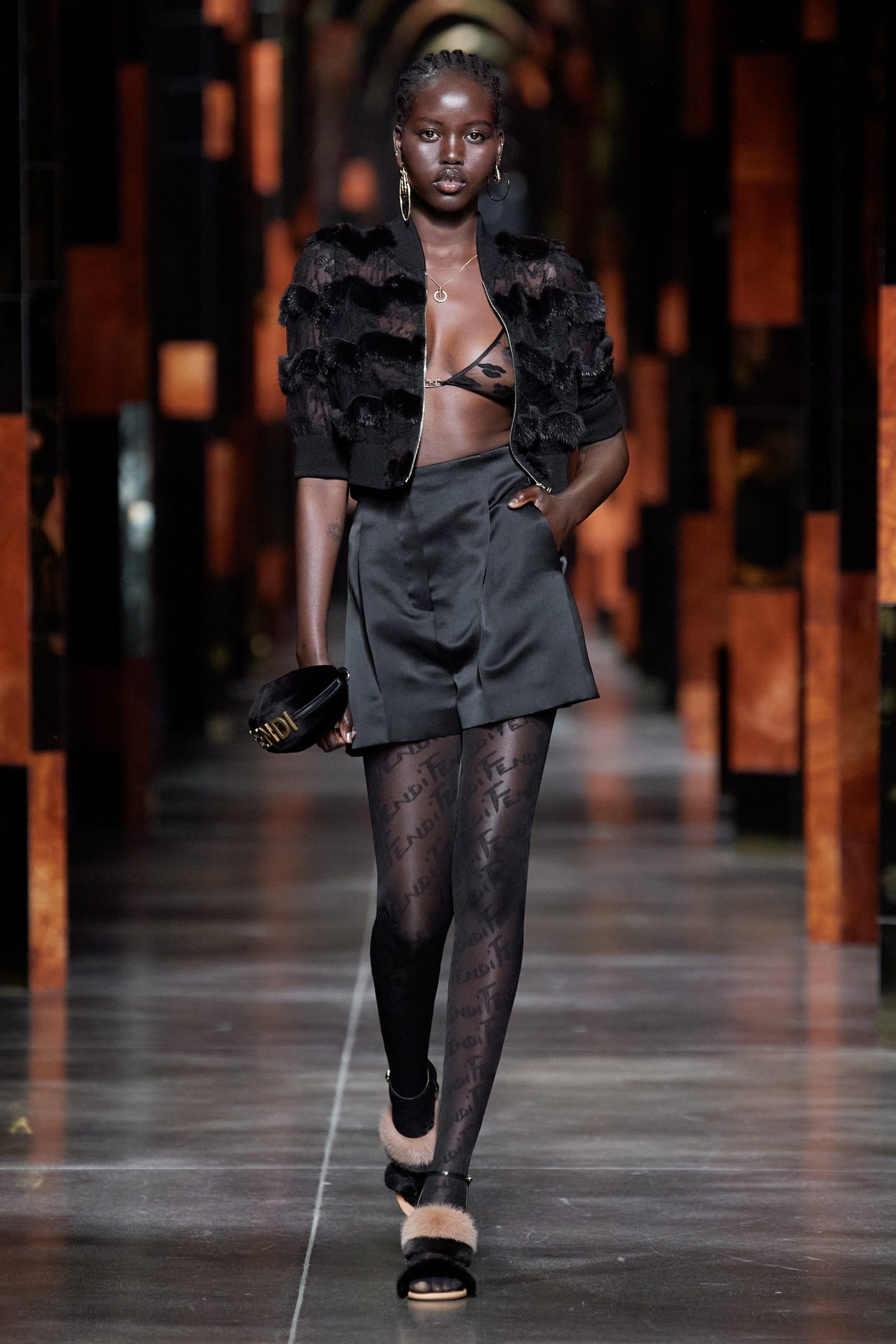 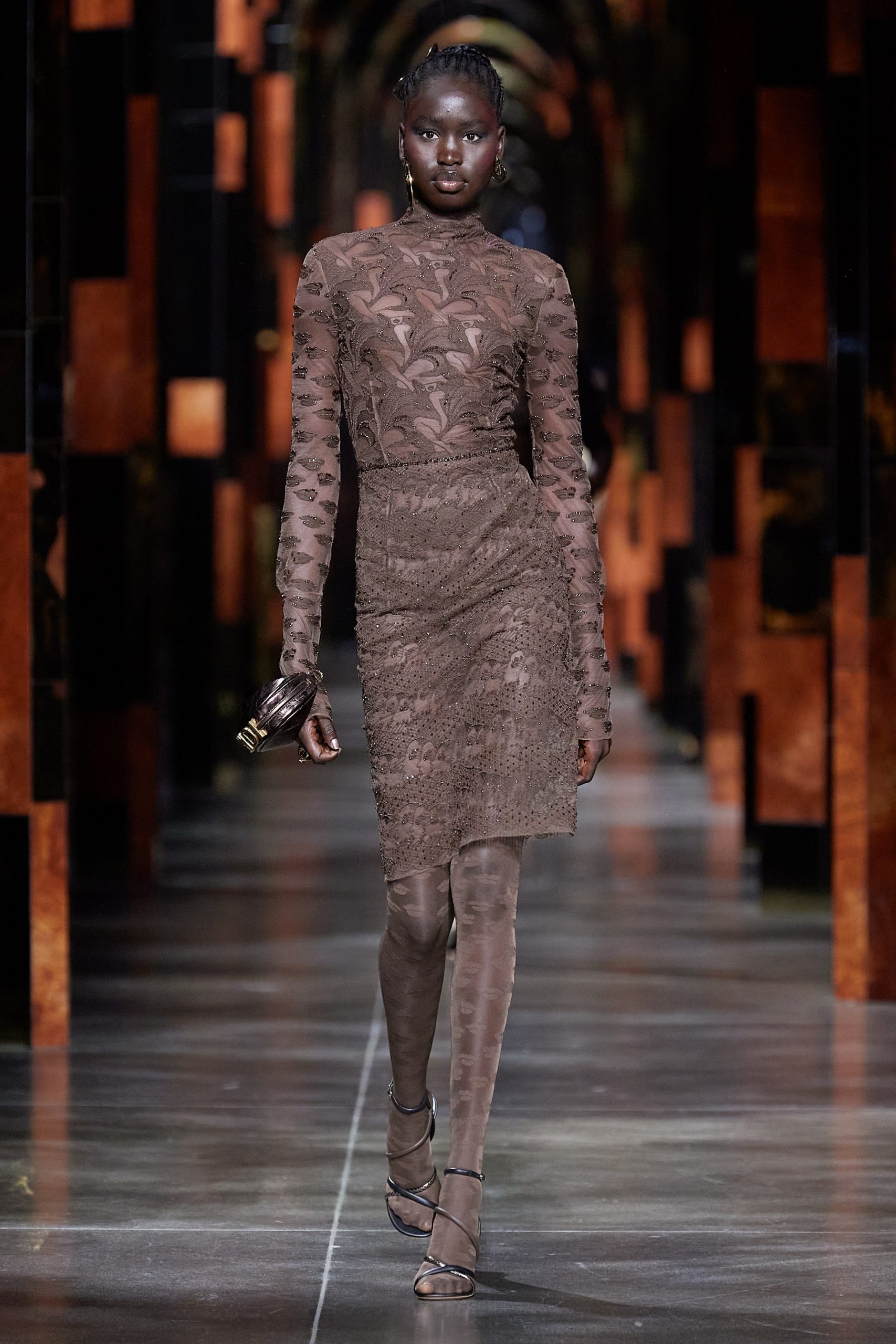 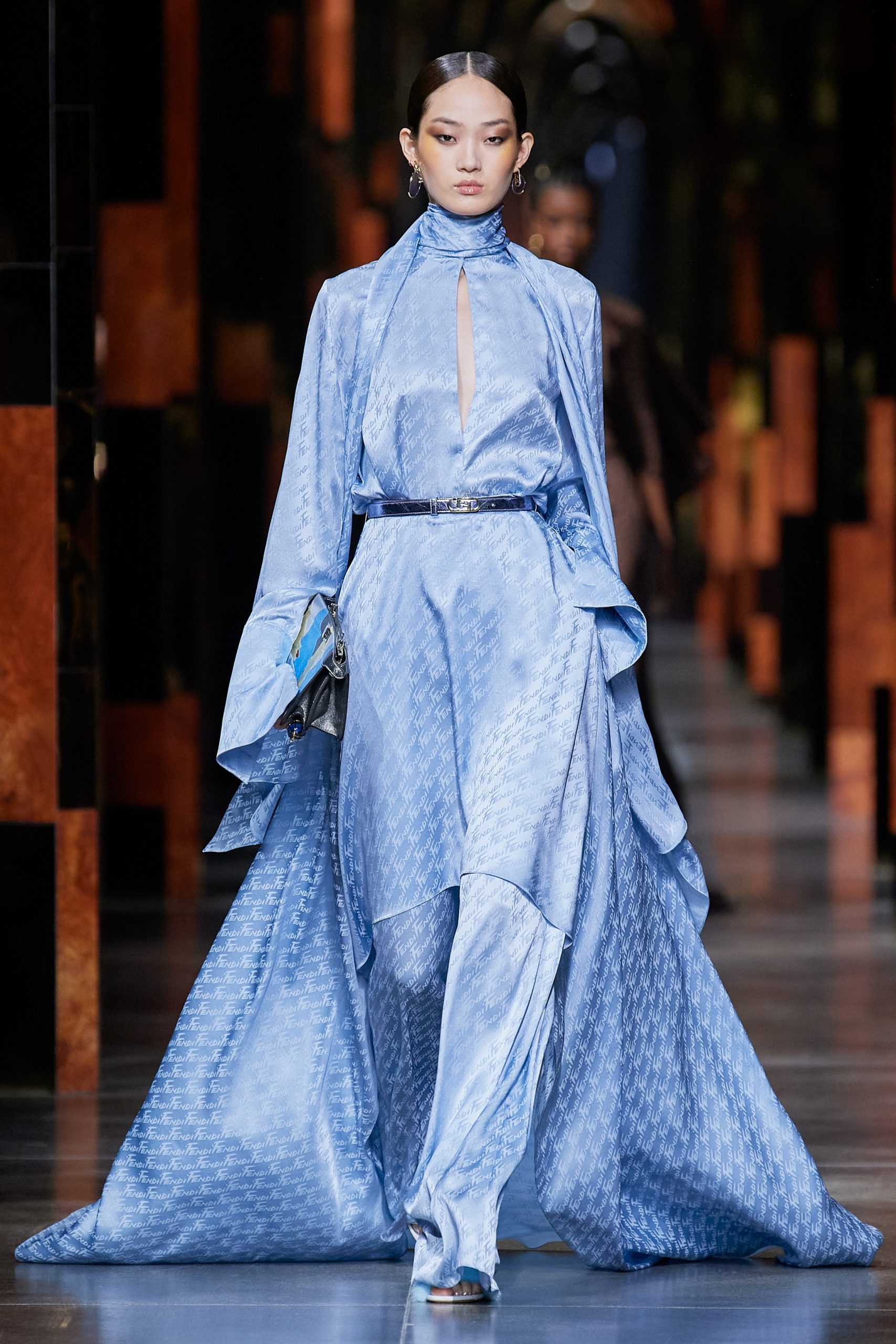 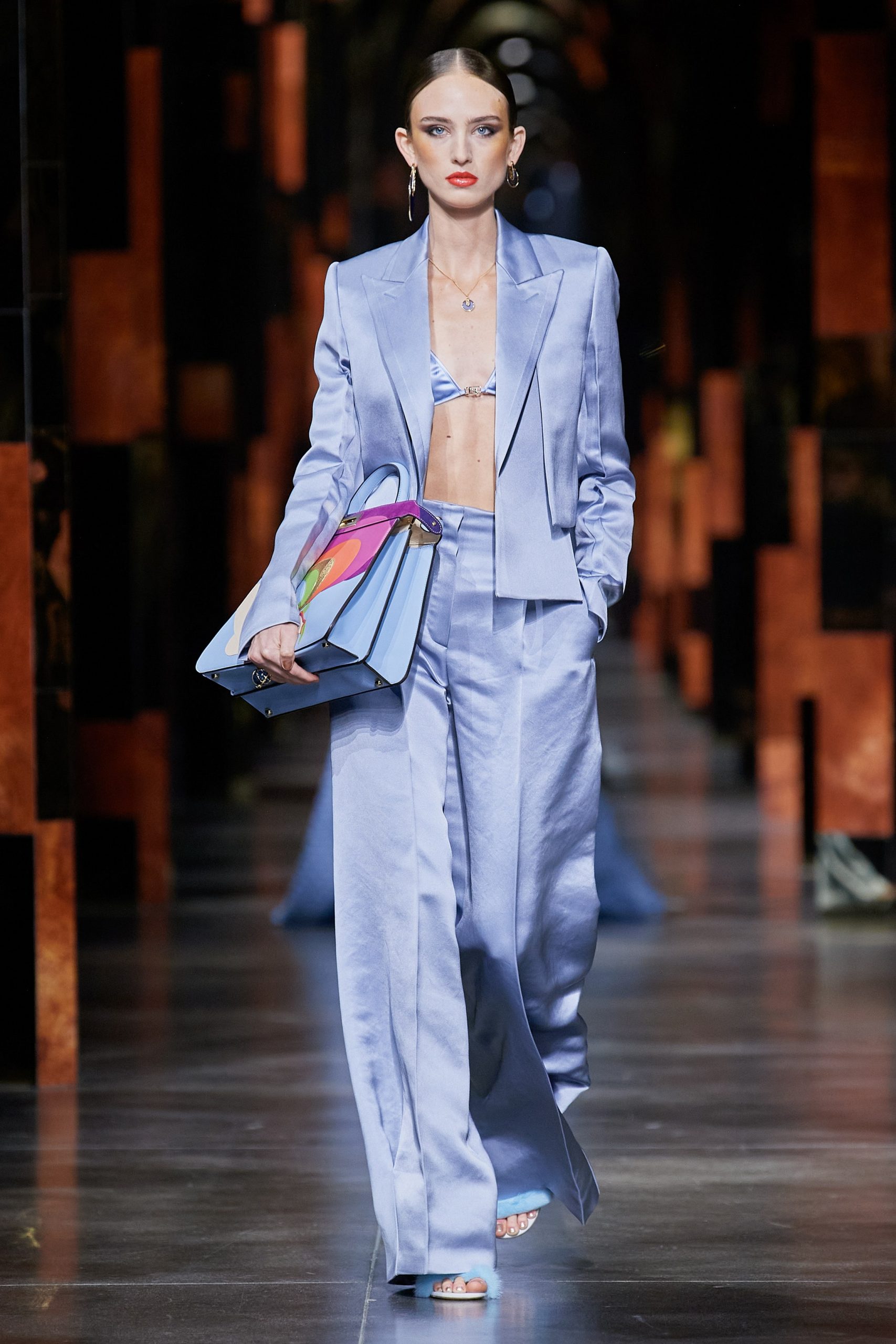 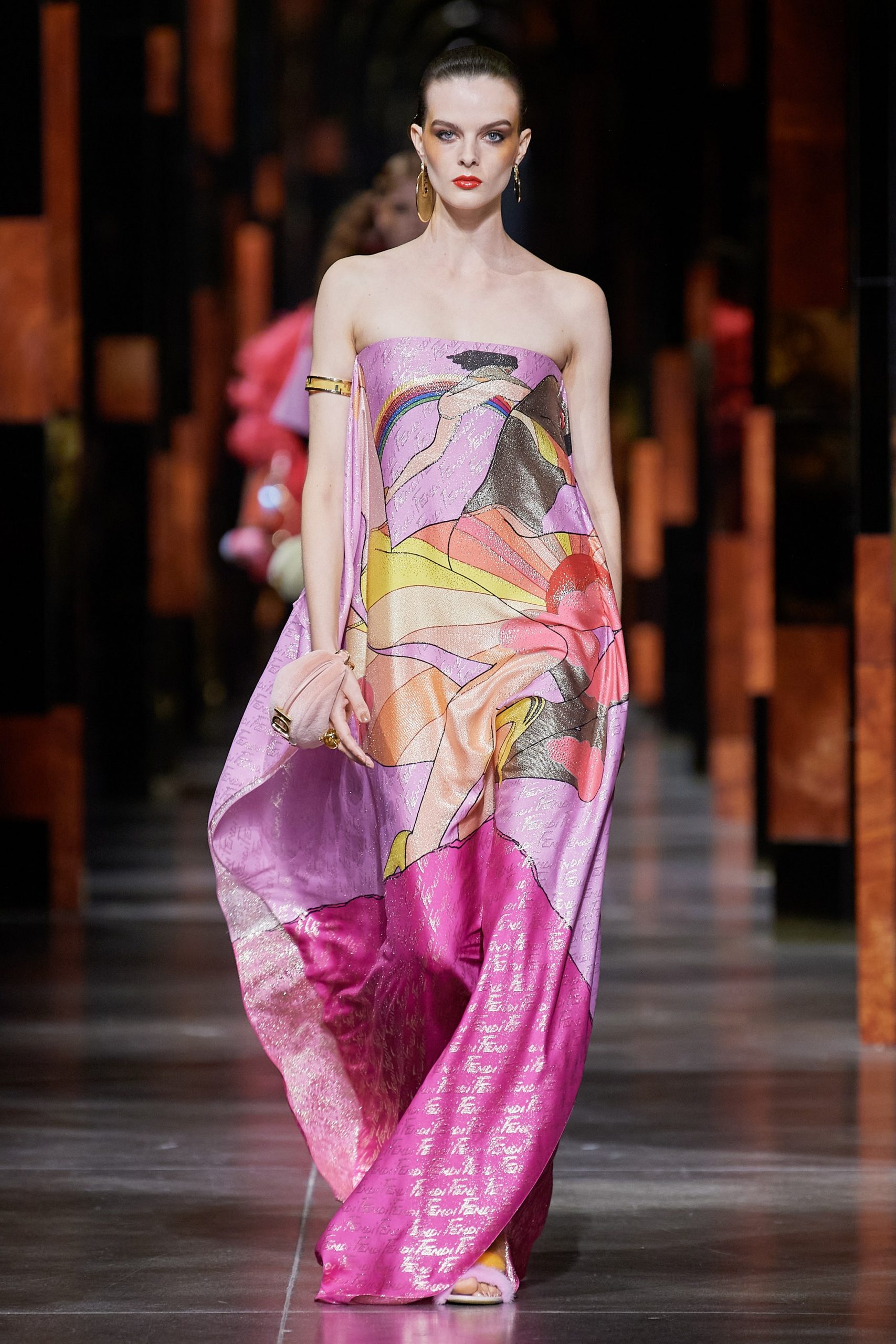 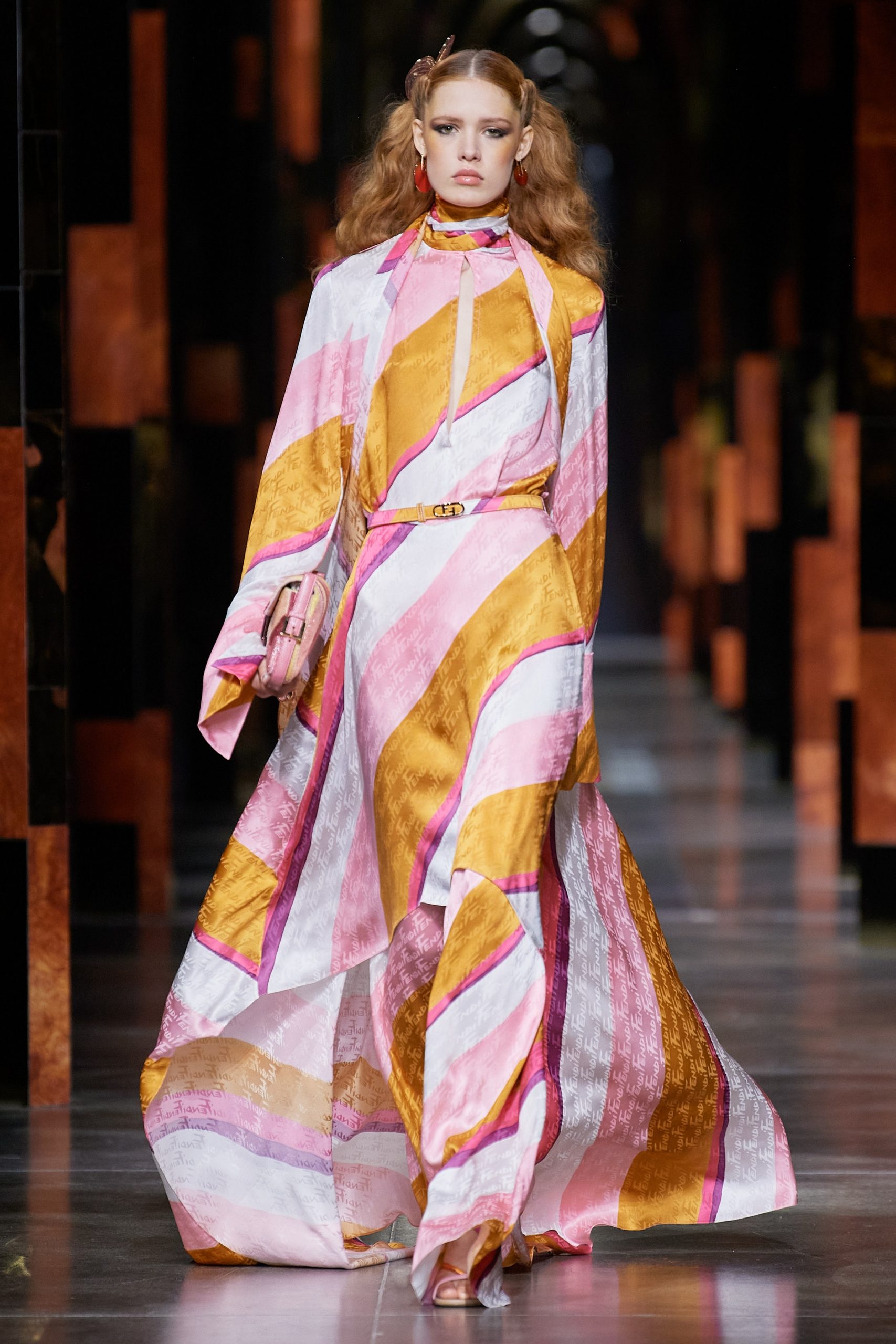 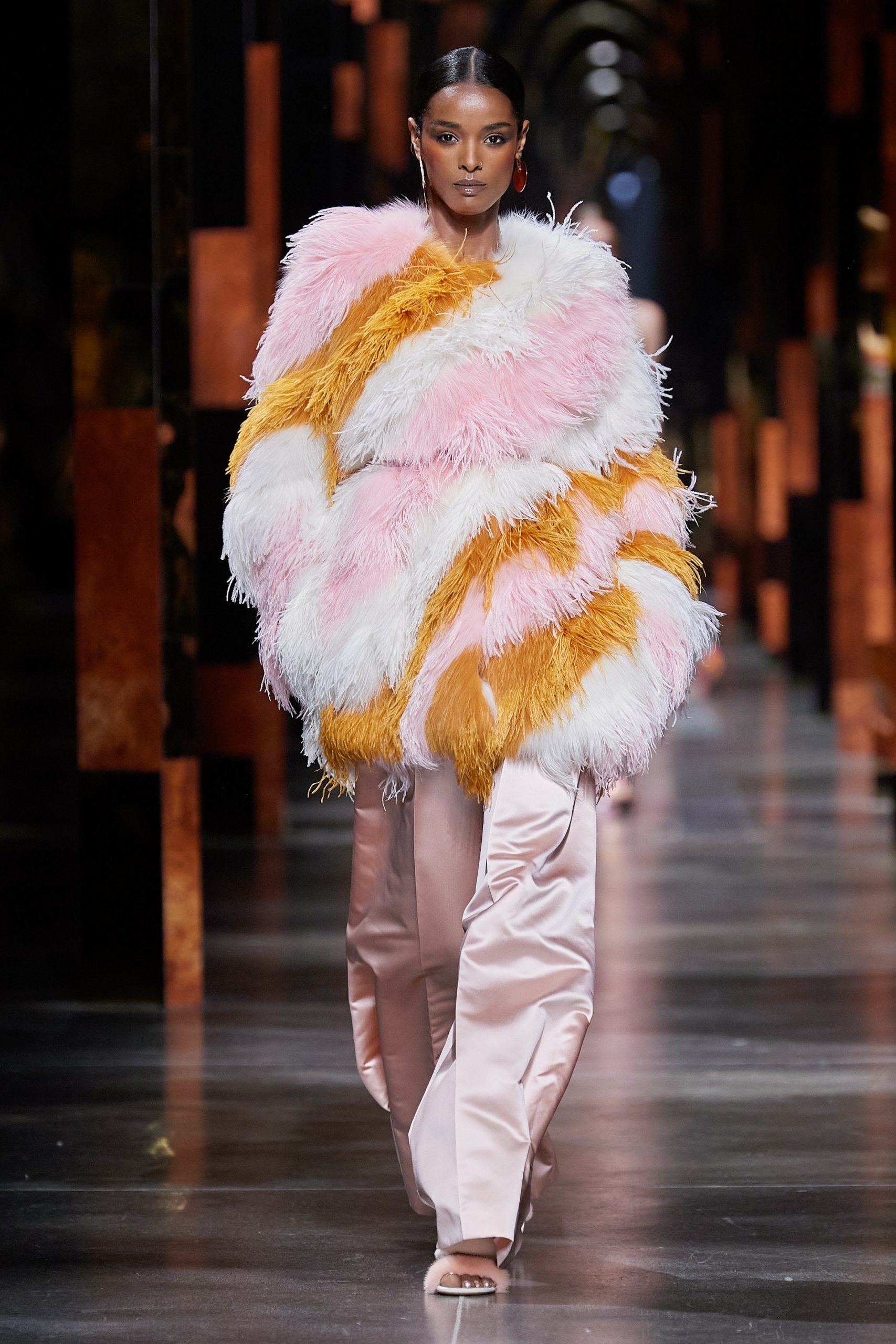 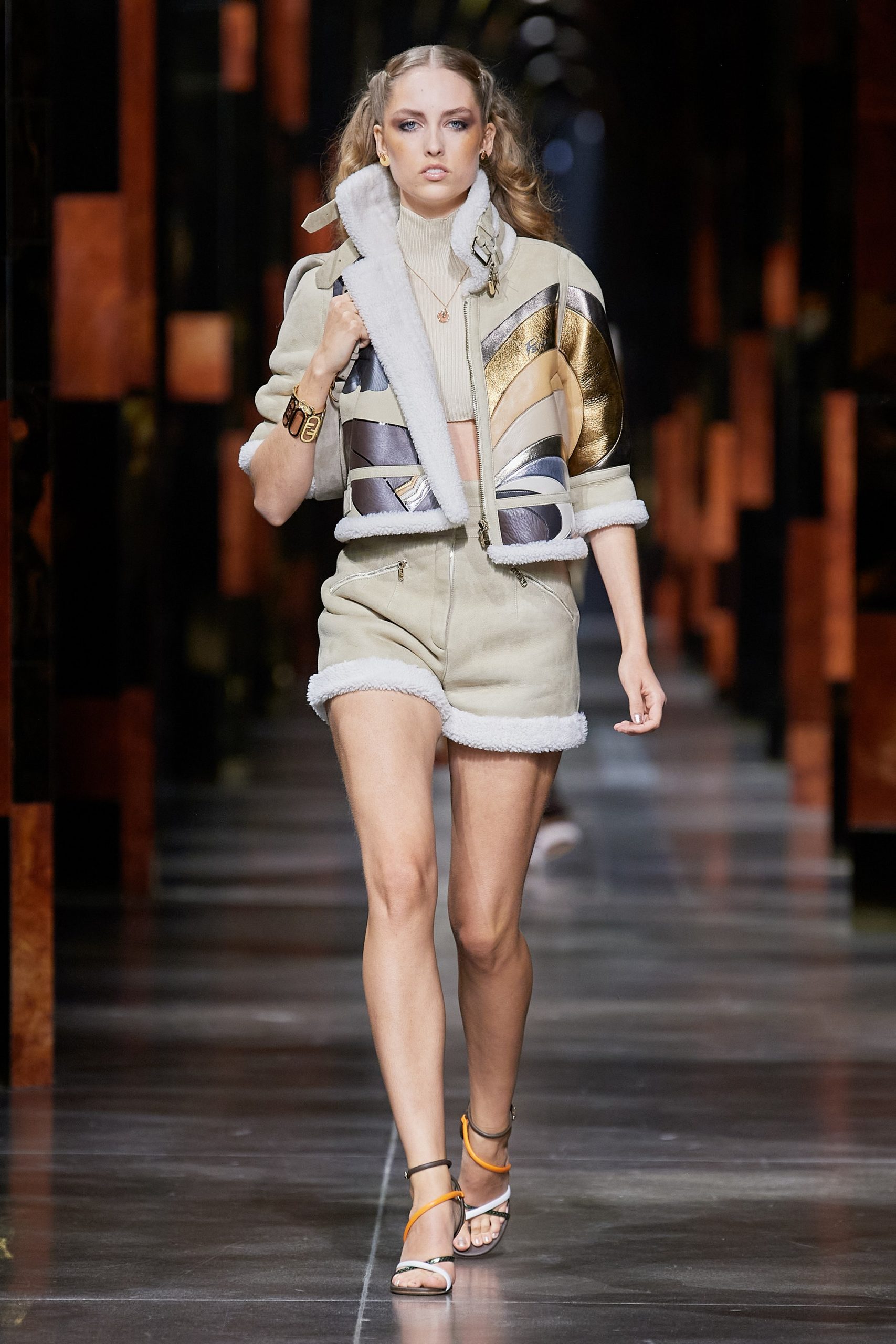 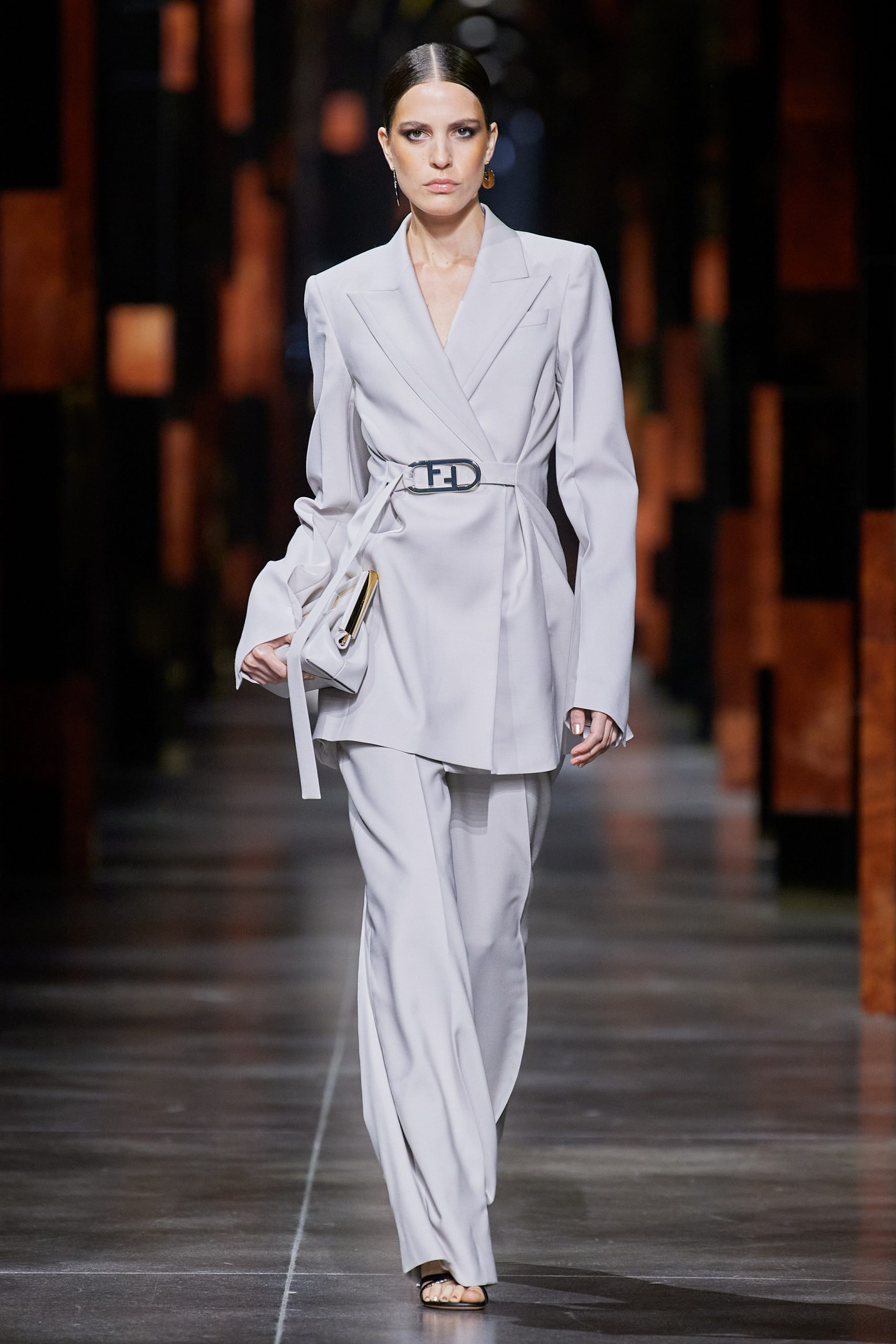 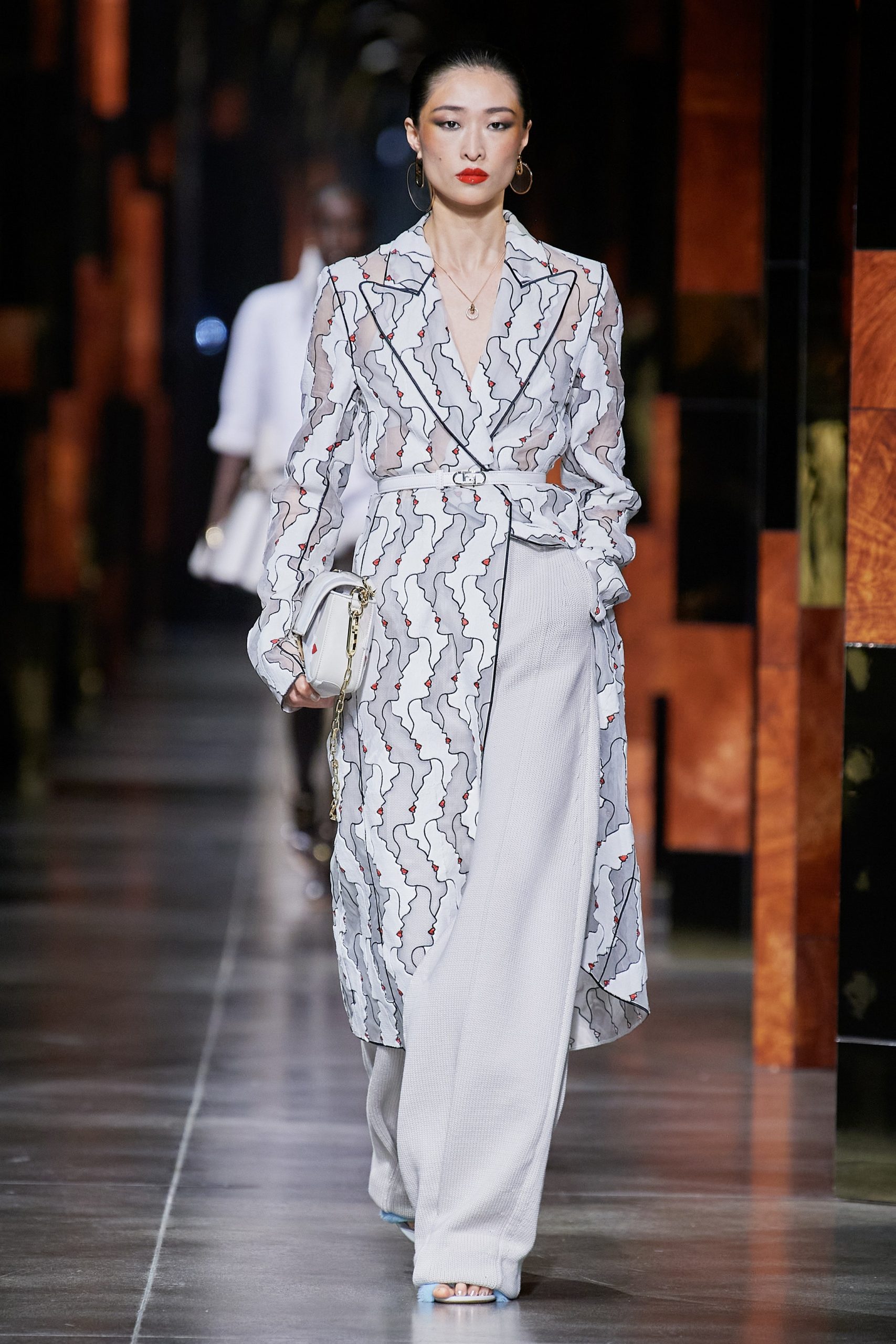 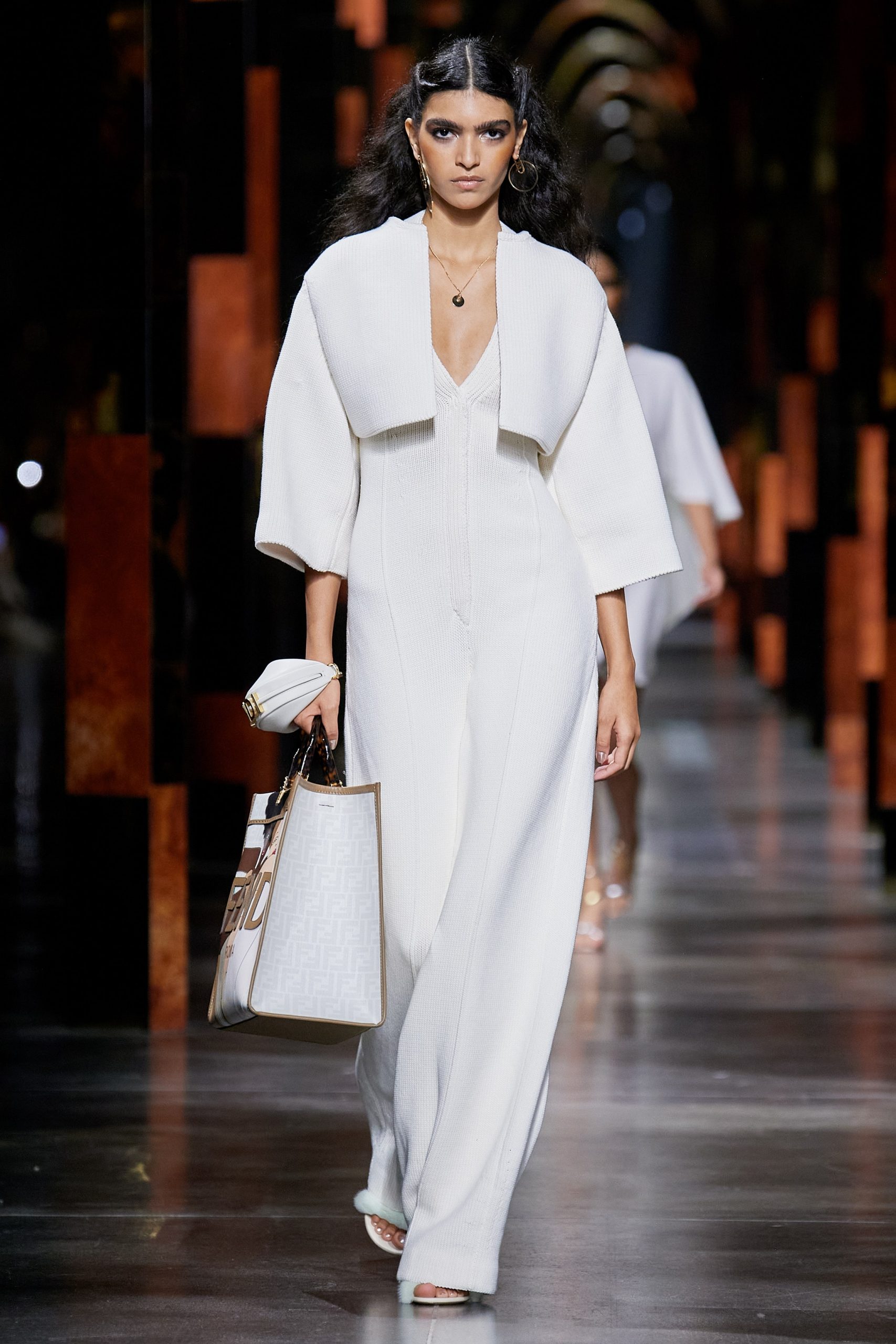 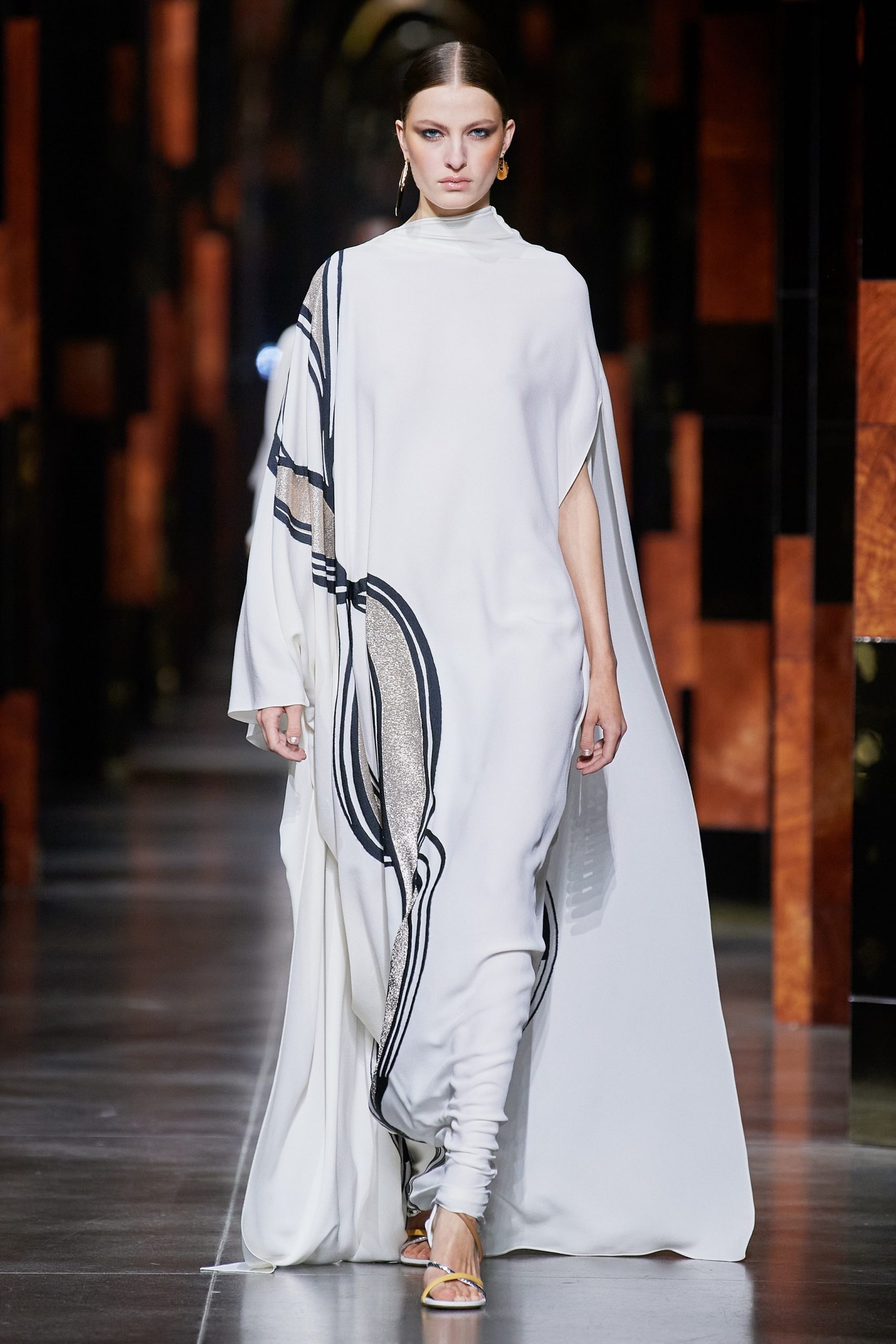 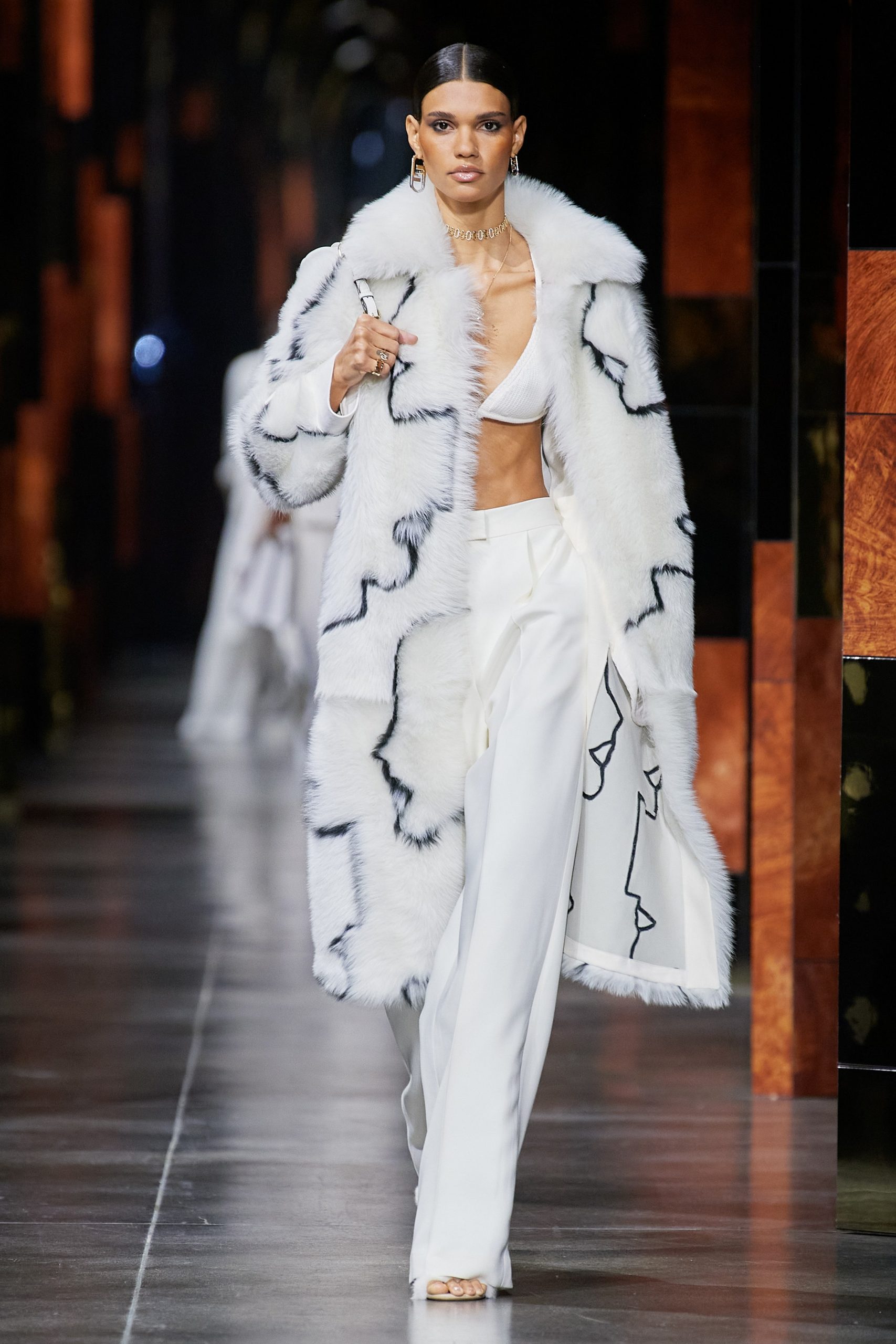