Ferrari has a new clothing line and it is focused on brand diversification and expanding global awareness. Creative director Rocco Iannone aims to get a new group of customers including more women and the younger generation. He wants the collection to be instantly recognizable, with the Ferrari aesthetic and a futuristic edge. He accomplished it, in Ferrari’s first outing with a full fashion collection his week.

In the past Iannone worked for brands including Giorgio Armani, Dolce & Gabbana. He’s no stranger to haute couture.

The fashion show was impressive. Models walked down the skinny, almost 427-foot runway staged in Ferrari’s assembly line at Ferrari headquarters. This was the first luxury fashion collection — and first runway show — for Ferrari.

The fact that the iconic sports car maker is serious about the project and did not cut corners was exemplified by the production of a show that opened with Mariacarla Boscono and closed with Natalia Vodianova. A new soundtrack conceived by Frédéric Sanchez and special light effects both contributed to convey the idea of speed. Eighty percent of the lineup is fluid, as the designs can be worn by either gender and different body shapes, and it is season-less, as drops will be unveiled throughout the year until June 2022. 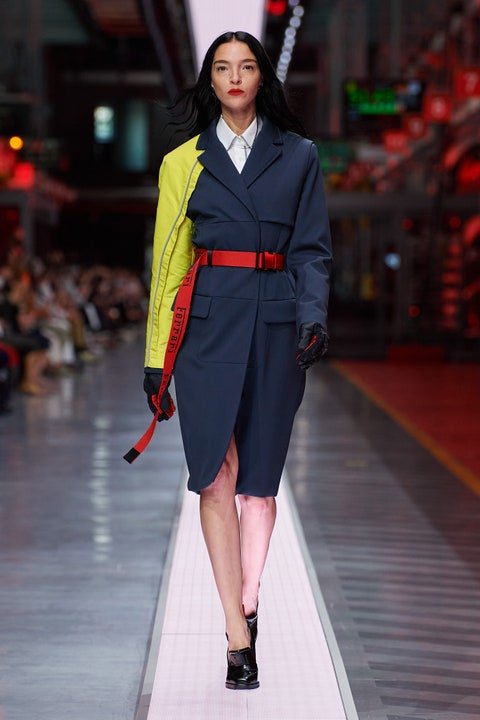 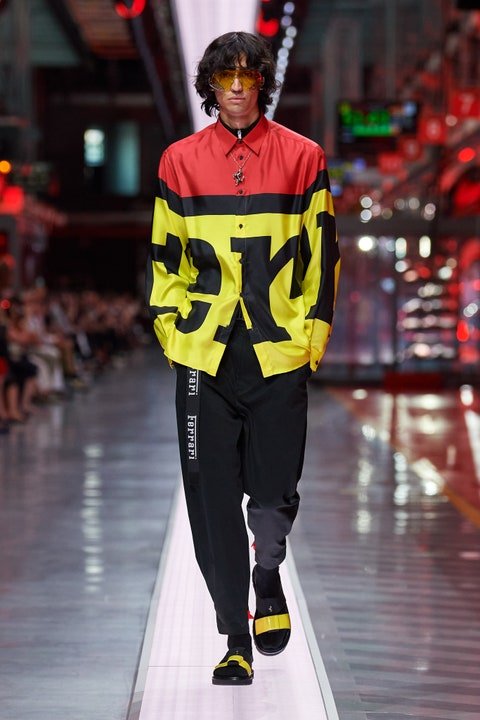 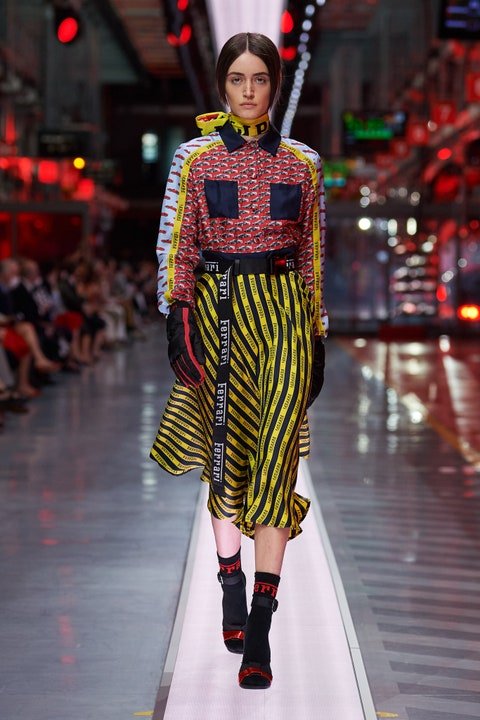 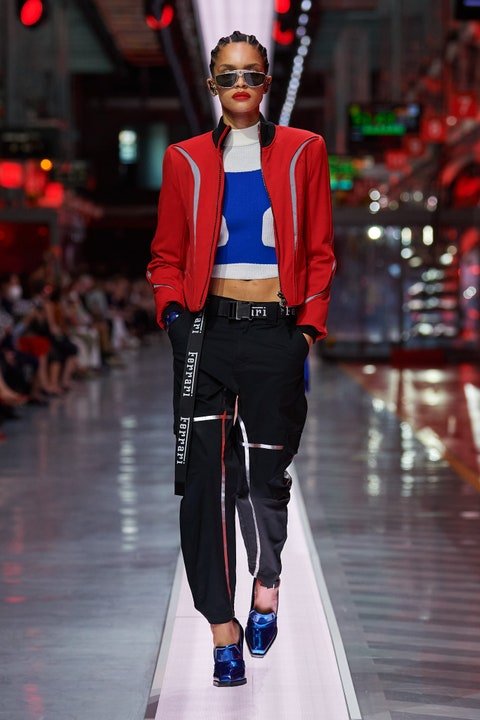 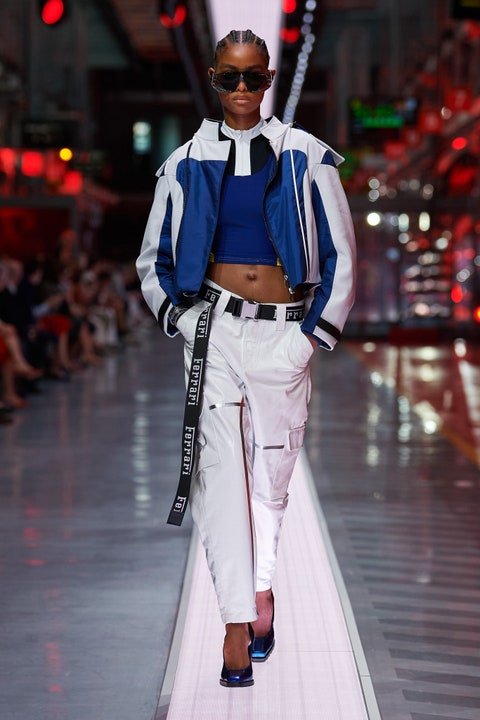 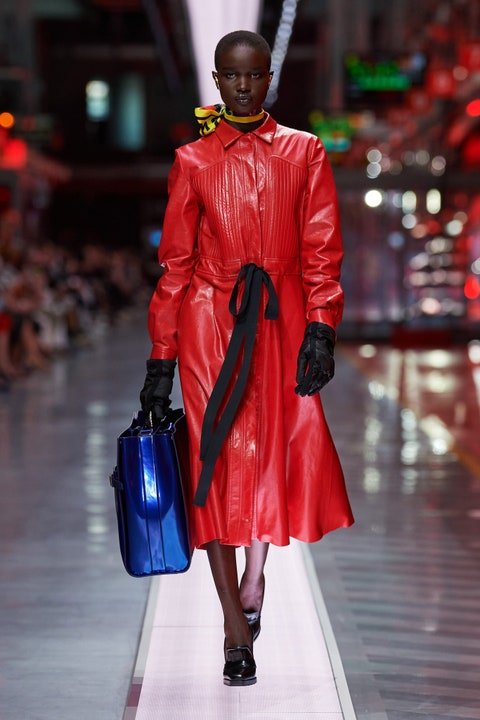 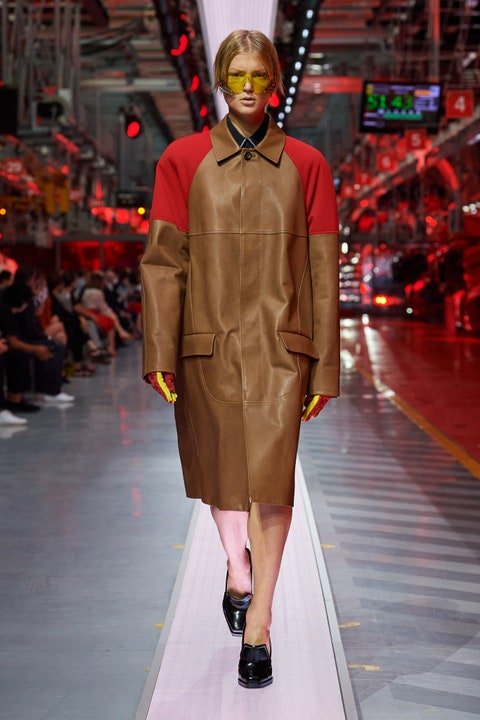 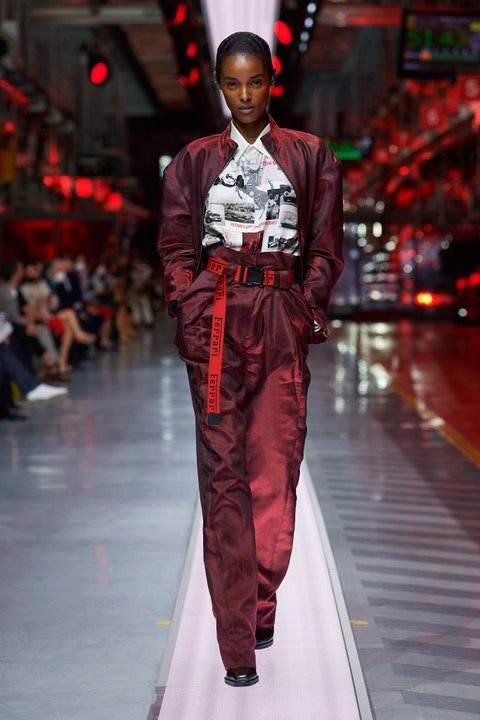 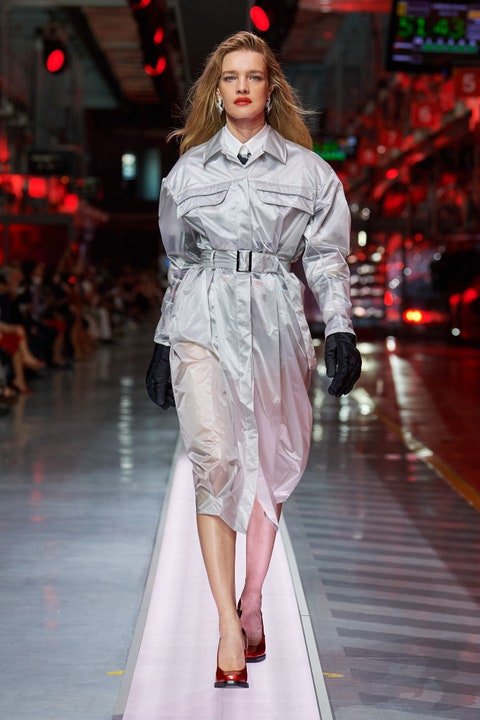