Glenn Martens unveils his vision of Gaultier haute couture—the second designer to do so, after Chitose Abe of Sacai last season—Martens was doing what he does so well: Exuding grace (and humor) under pressure. And make no mistake, the pressure is indeed on. “Apparently, with couture, you finish it the minute before it goes on the runway,” Martens said, with a laugh. “So, we are a bit stressed, but not for the first time.”

“I am only doing this for one season, so it’s not like I have to envision a whole new future for the house; that’s a very different exercise,” Martens said. “This is a celebration of Gaultier. I’ve stayed close to the woman Jean Paul created in the past—pure diva goddess beauty, hips, whatever, all that drama he loved. I’m building on that through what I think of his iconic Gaultier moments. This marinière…it’s so him, but I completely fucked it up with all the fake coral spikes. I’m reinventing those iconic moments in my own way.” 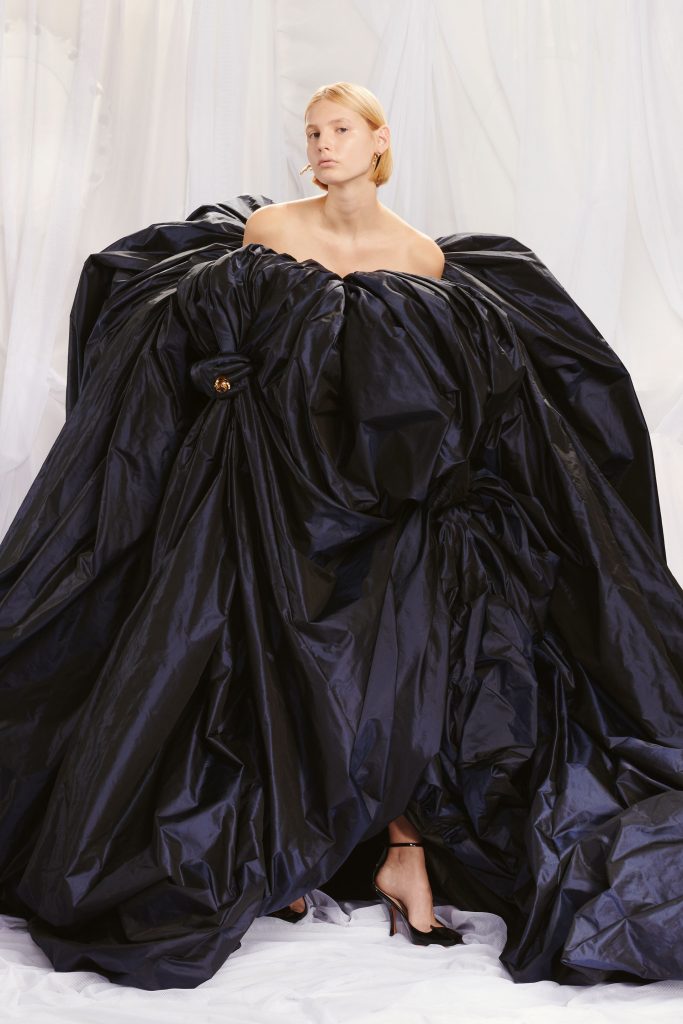 The interaction between the two visions continued with an evening gown in a boudoir-y, peignoir-y ’30s peach (v. Gaultier) which looked like a deconstructed corset, the lacing asymmetrically blown up across the billowing skirts (v. Martens), while a cream knit sweater dress featured cable panels (v. Gaultier) that intersected, baring a little skin along the way (v. Martens). Elsewhere, those wired experimental volumes Martens loves so much figured prominently, in red velvet or green taffeta, as did a wink-wink to Y/Project with the Y shaping of the hips on some of his silhouettes, his own version of the classic hourglass but reimagined for today. 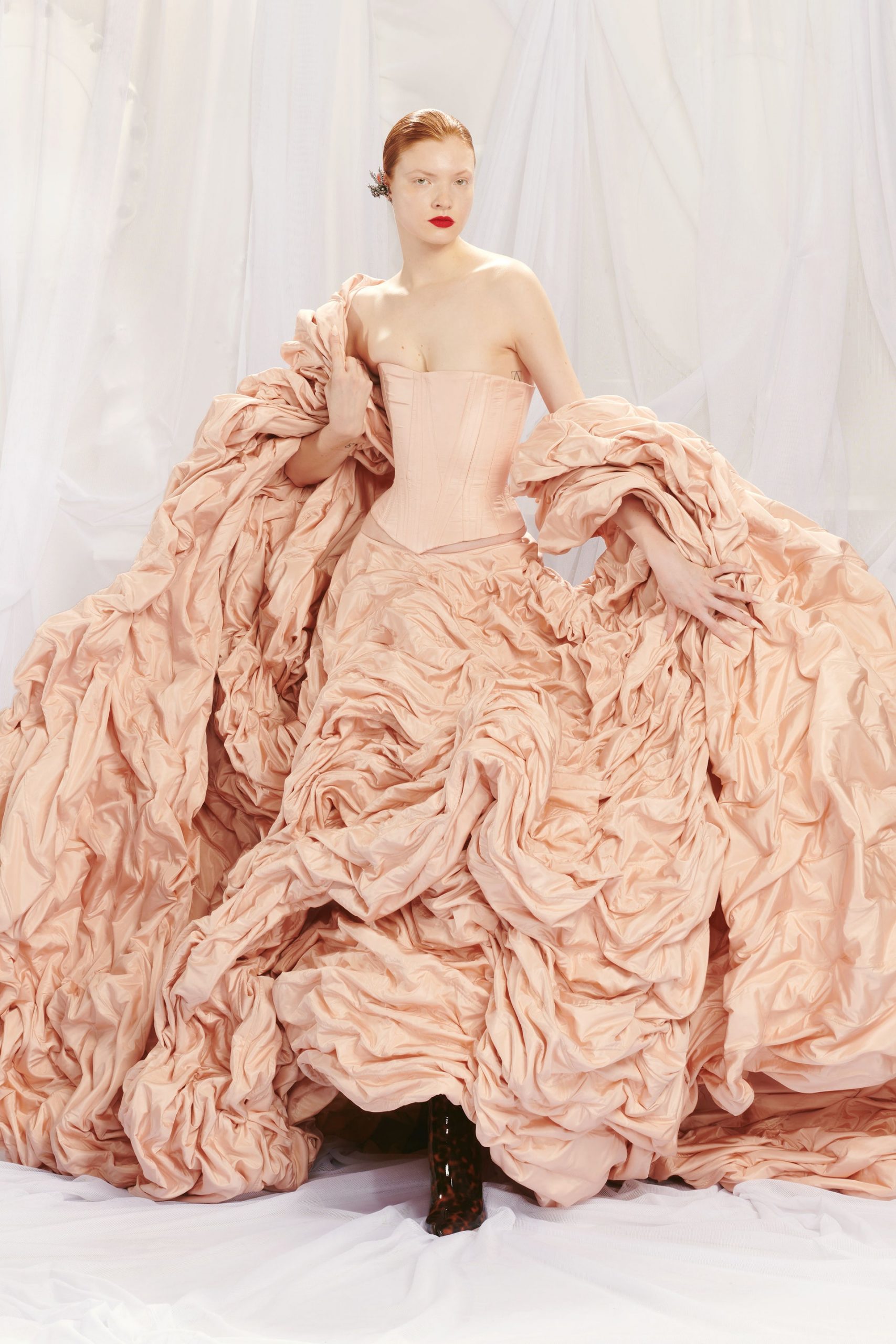 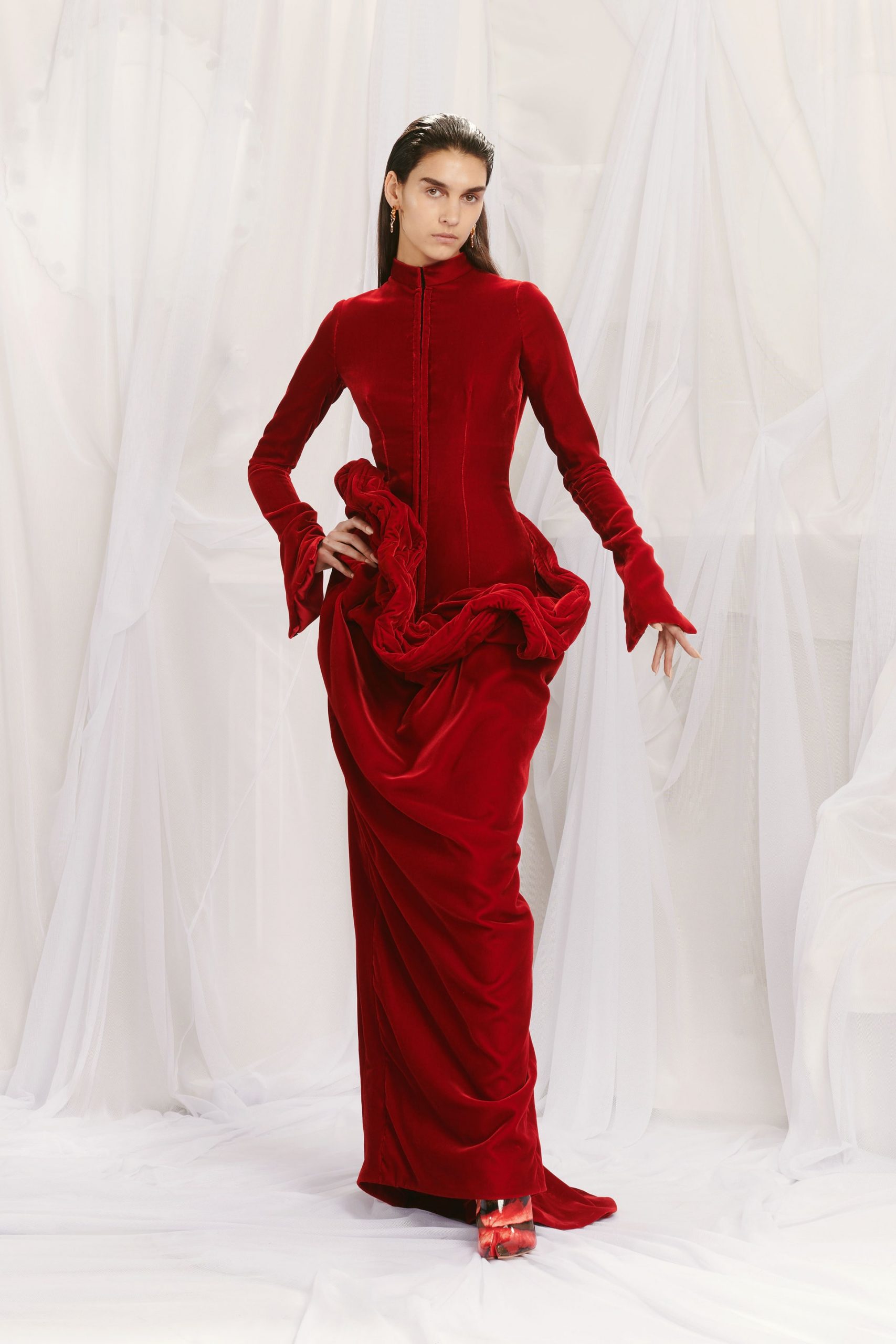 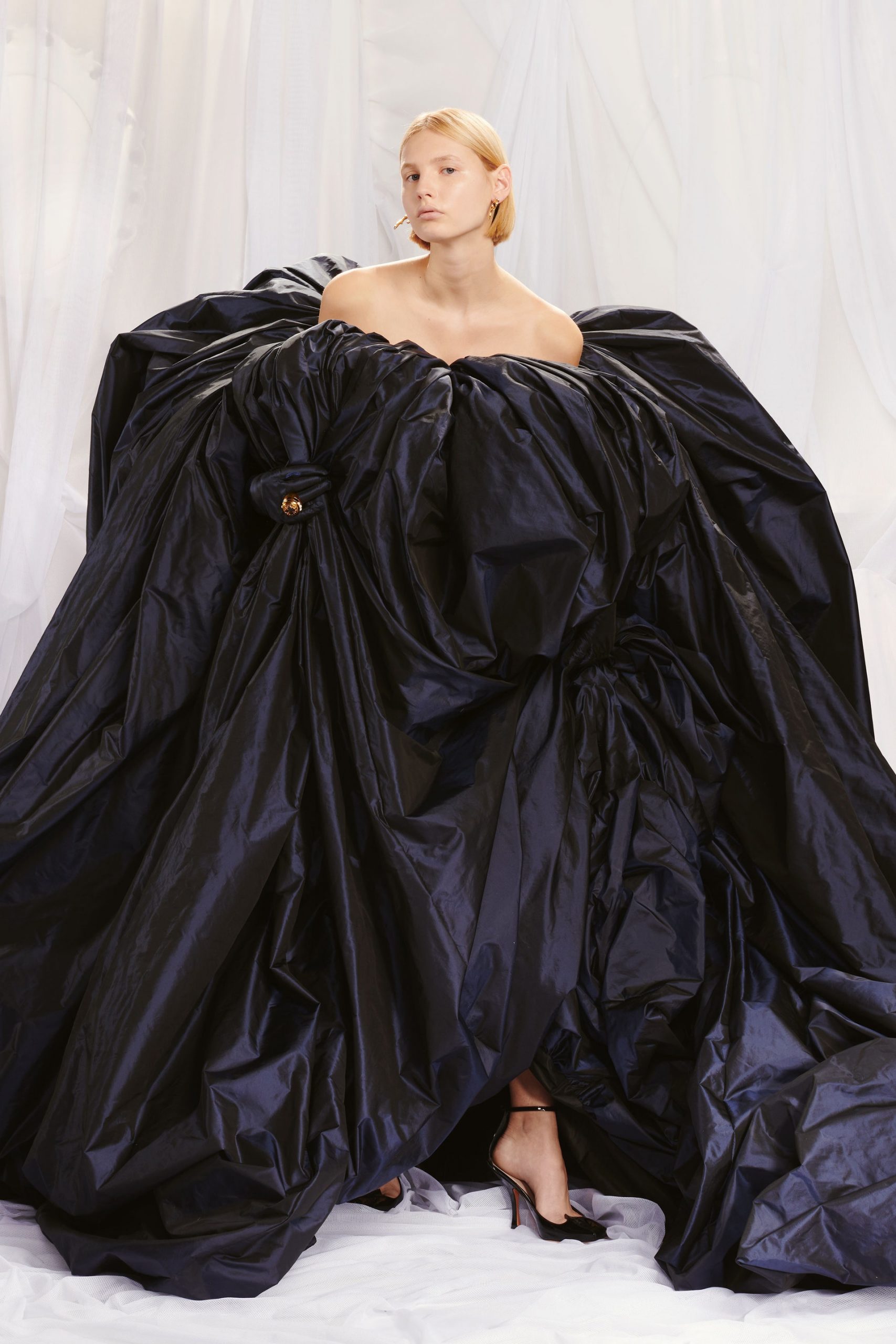 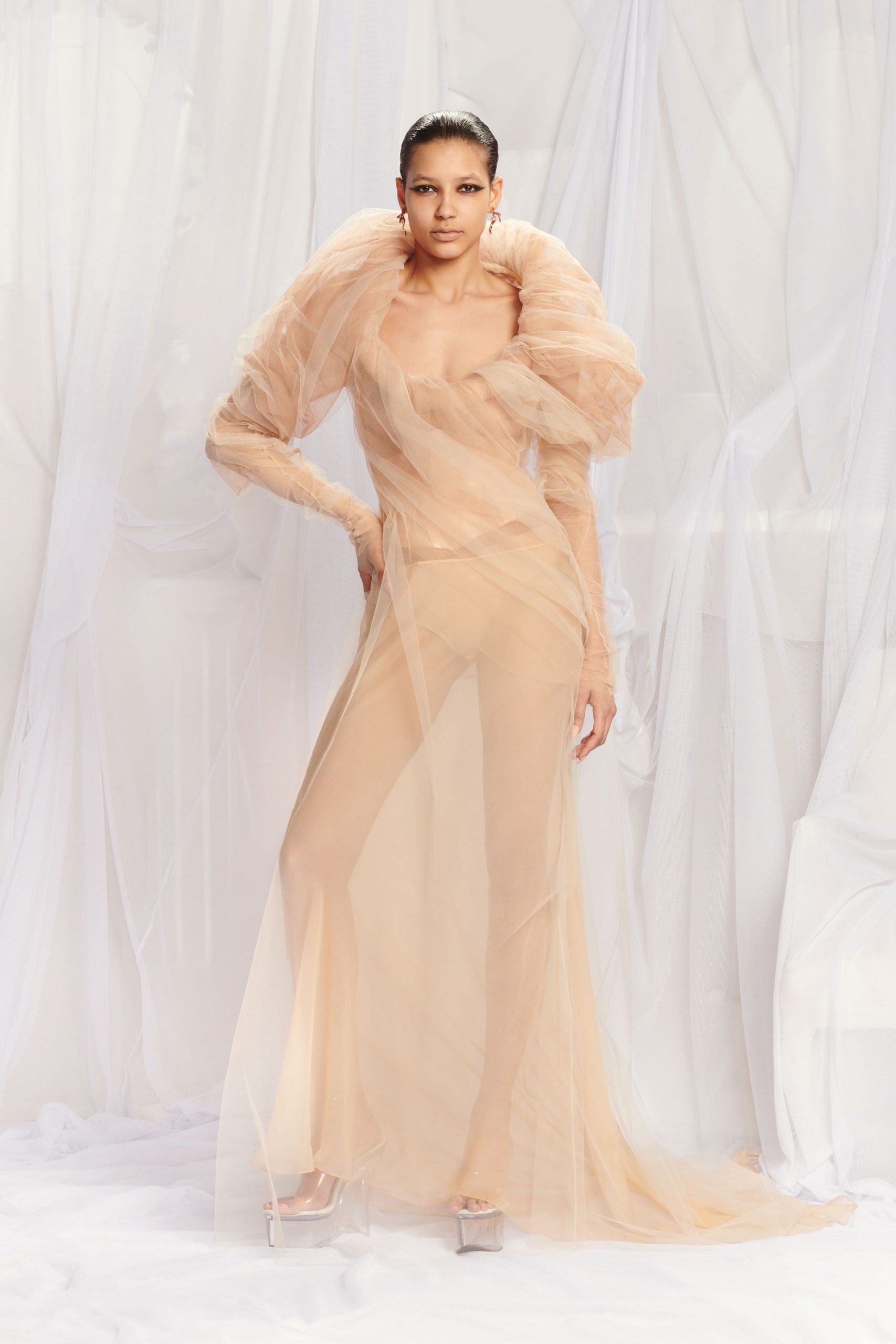 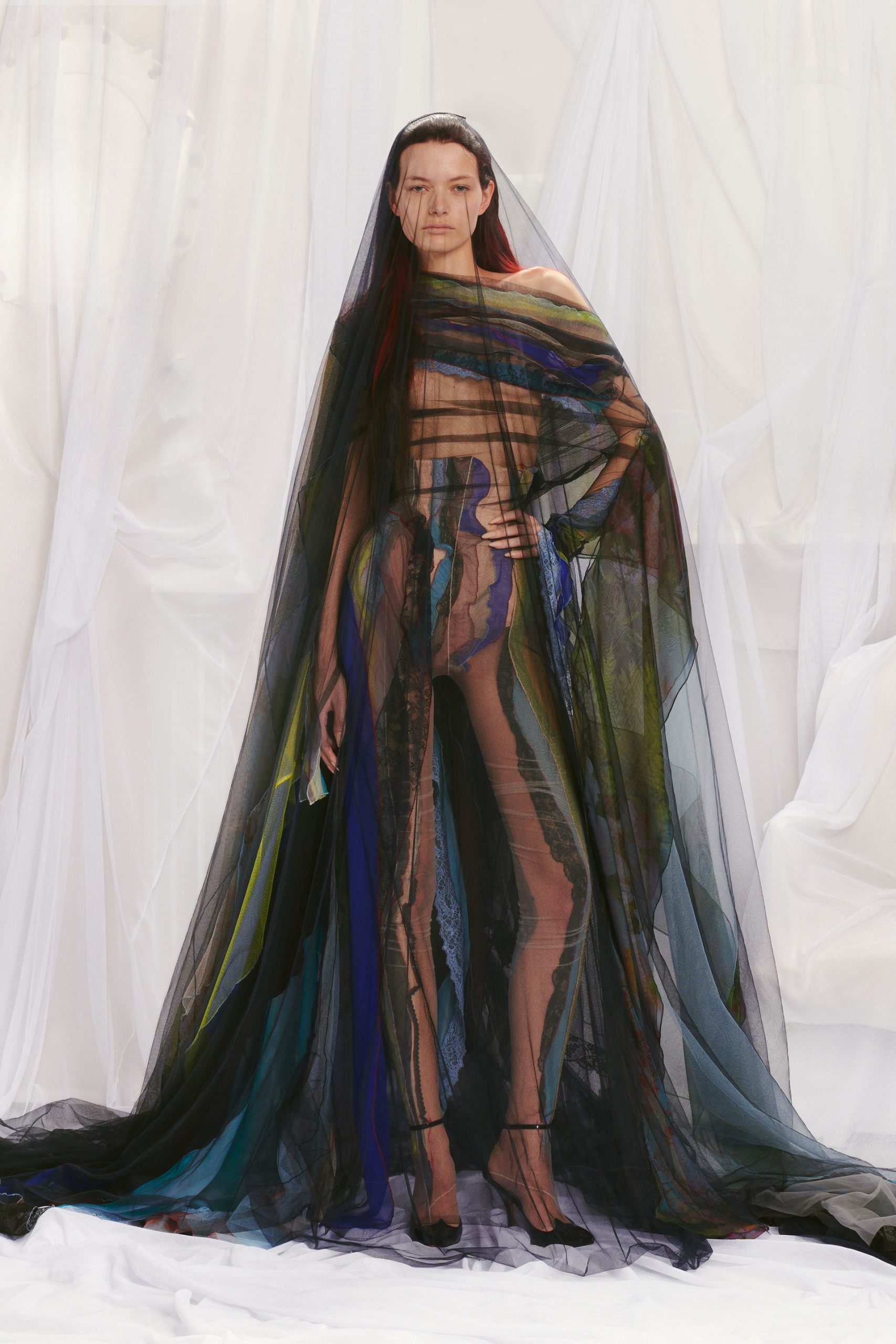 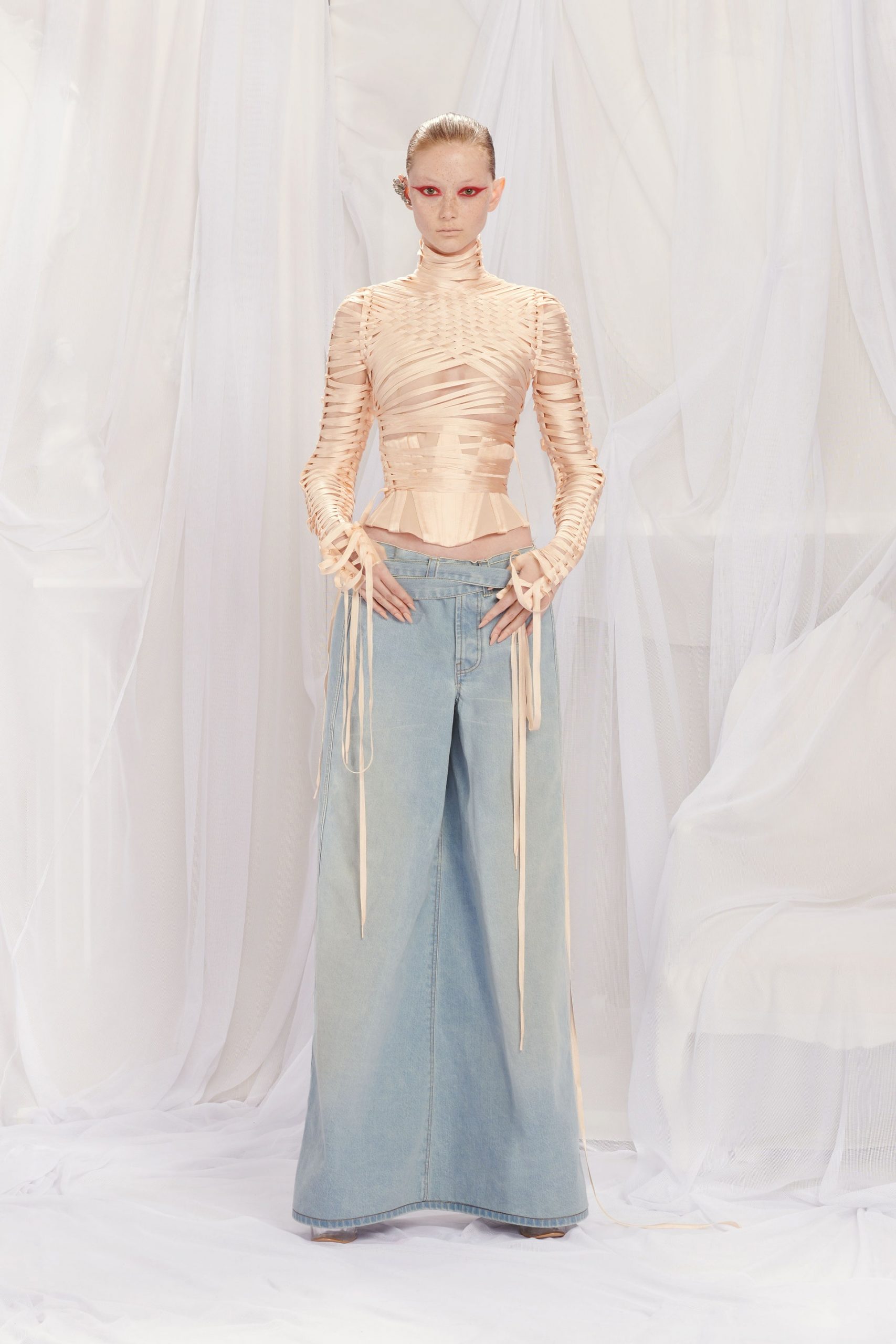 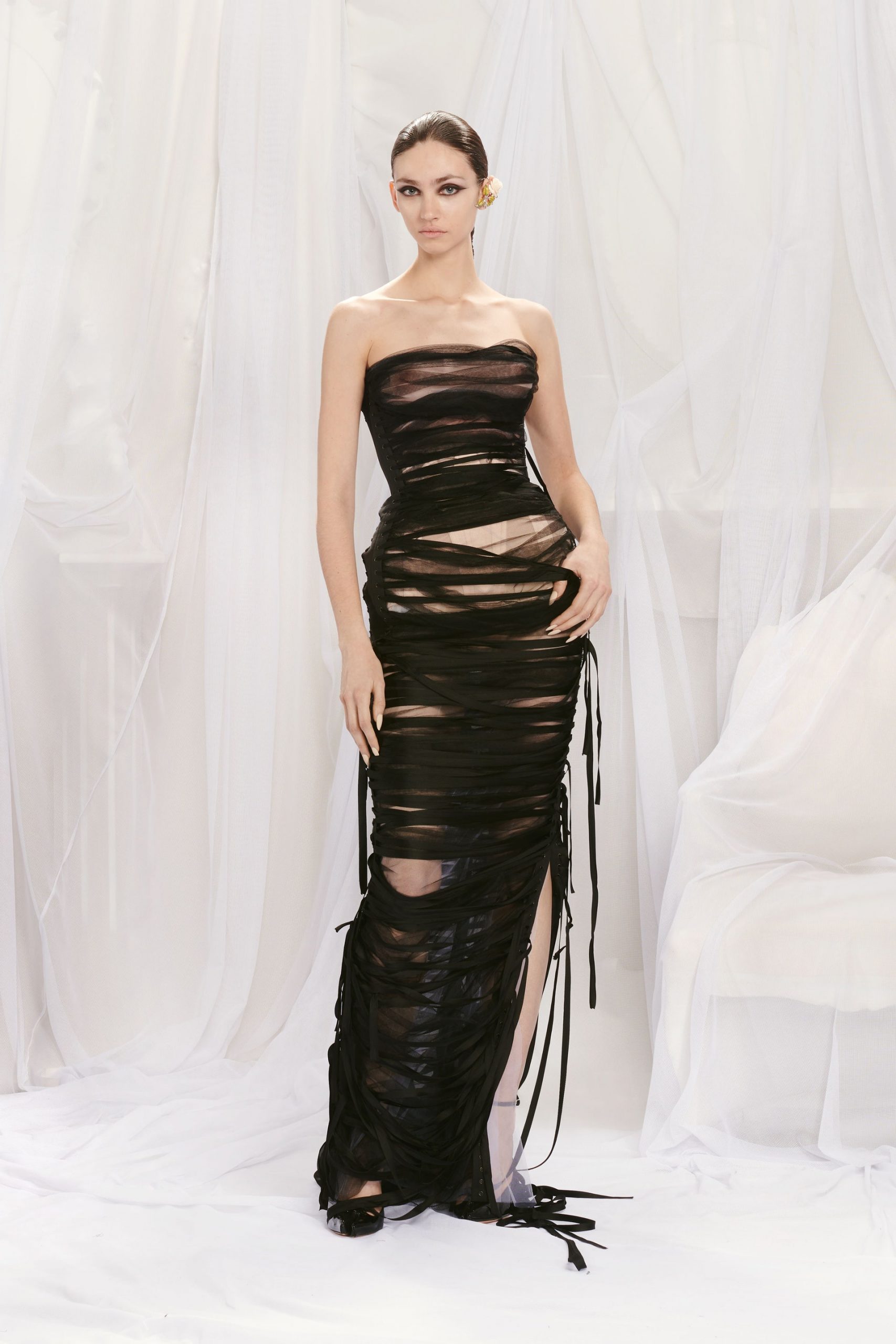 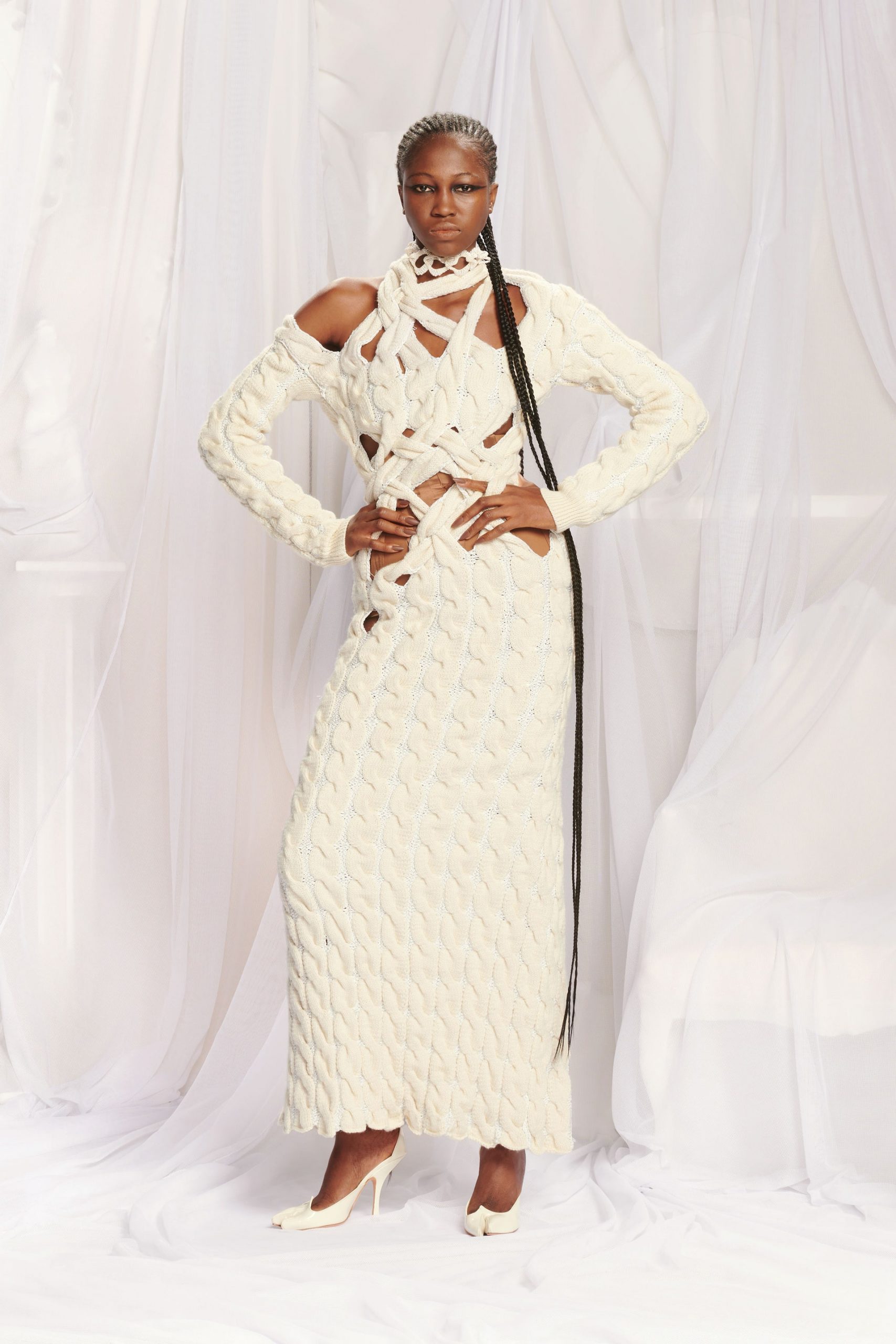 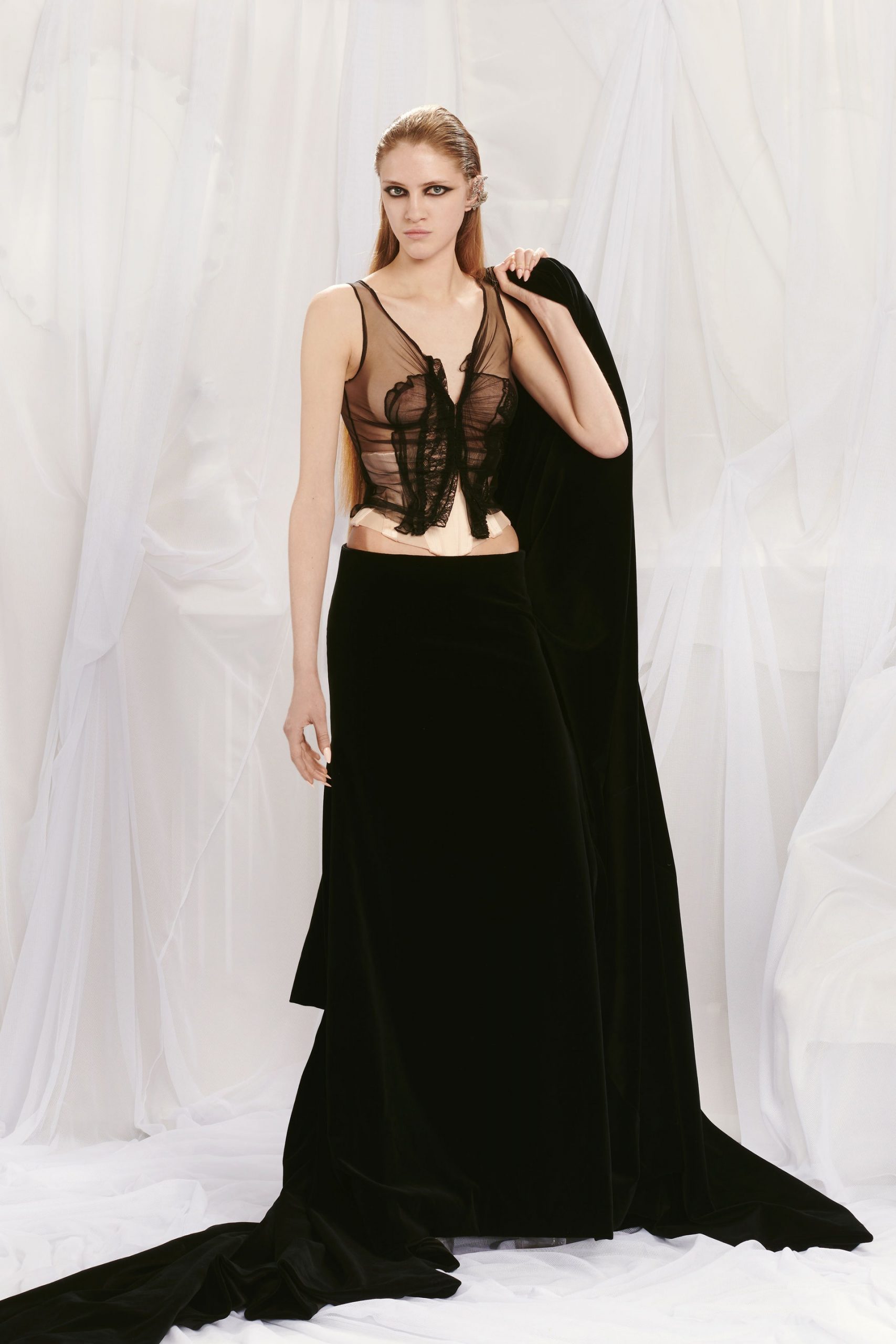 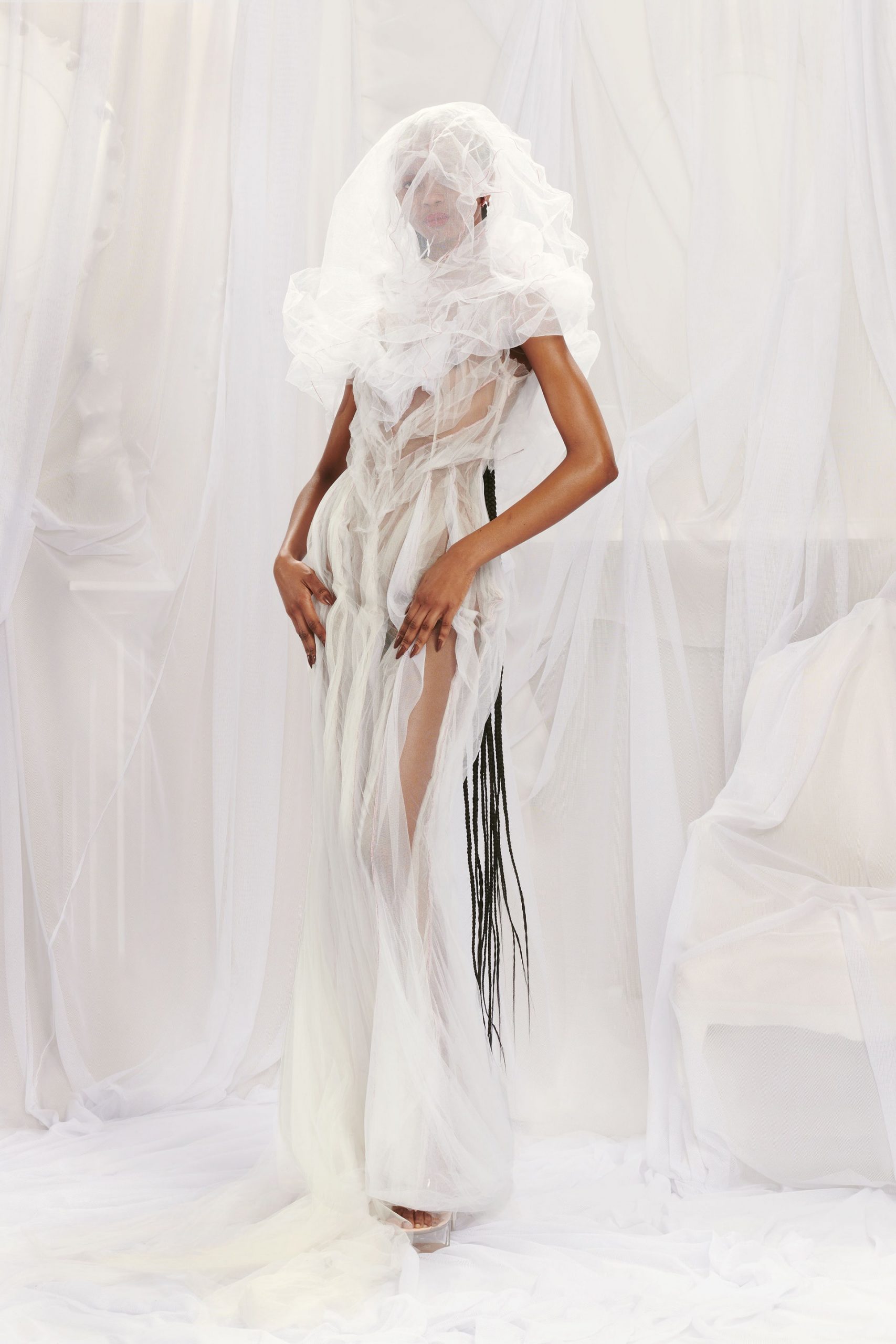 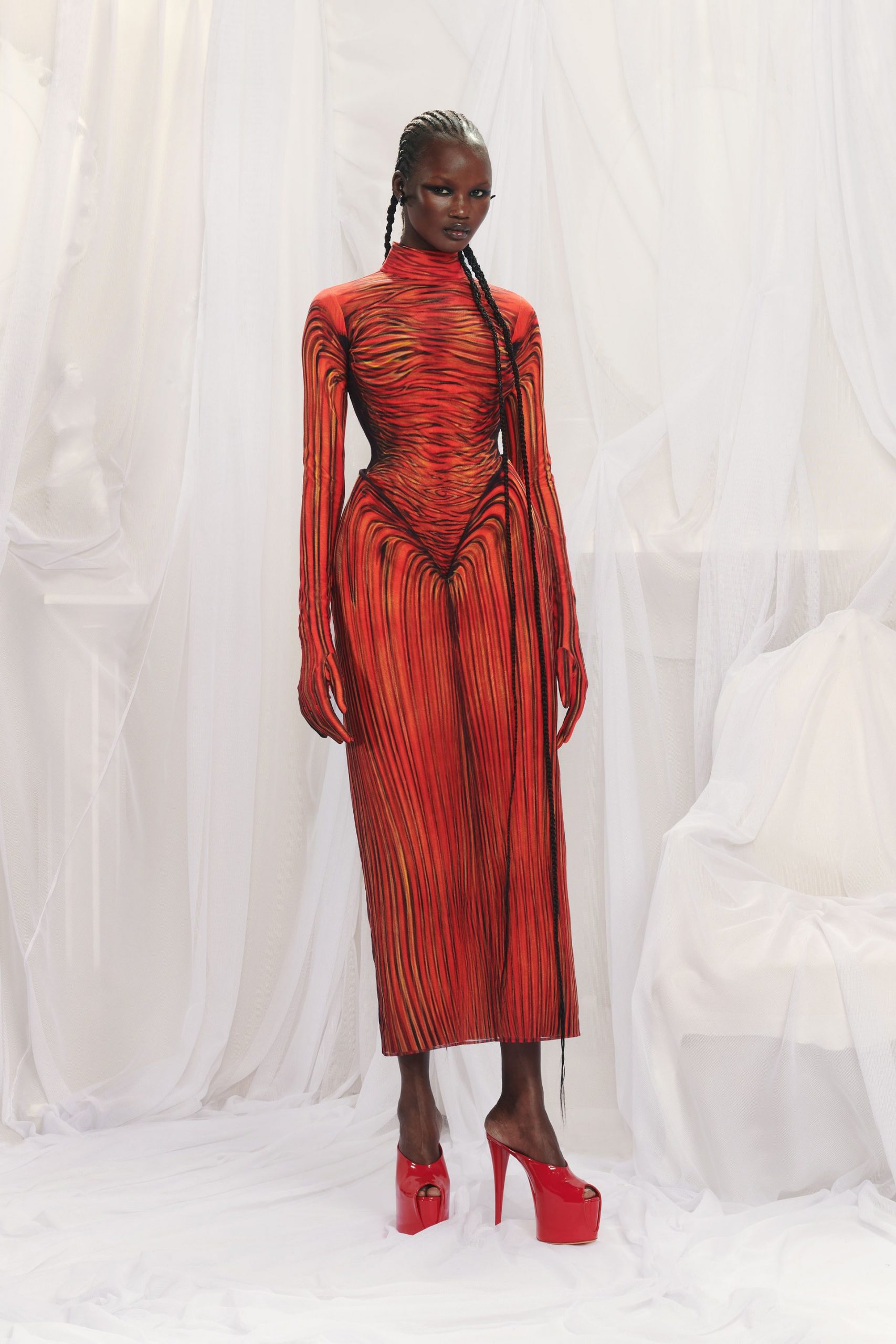 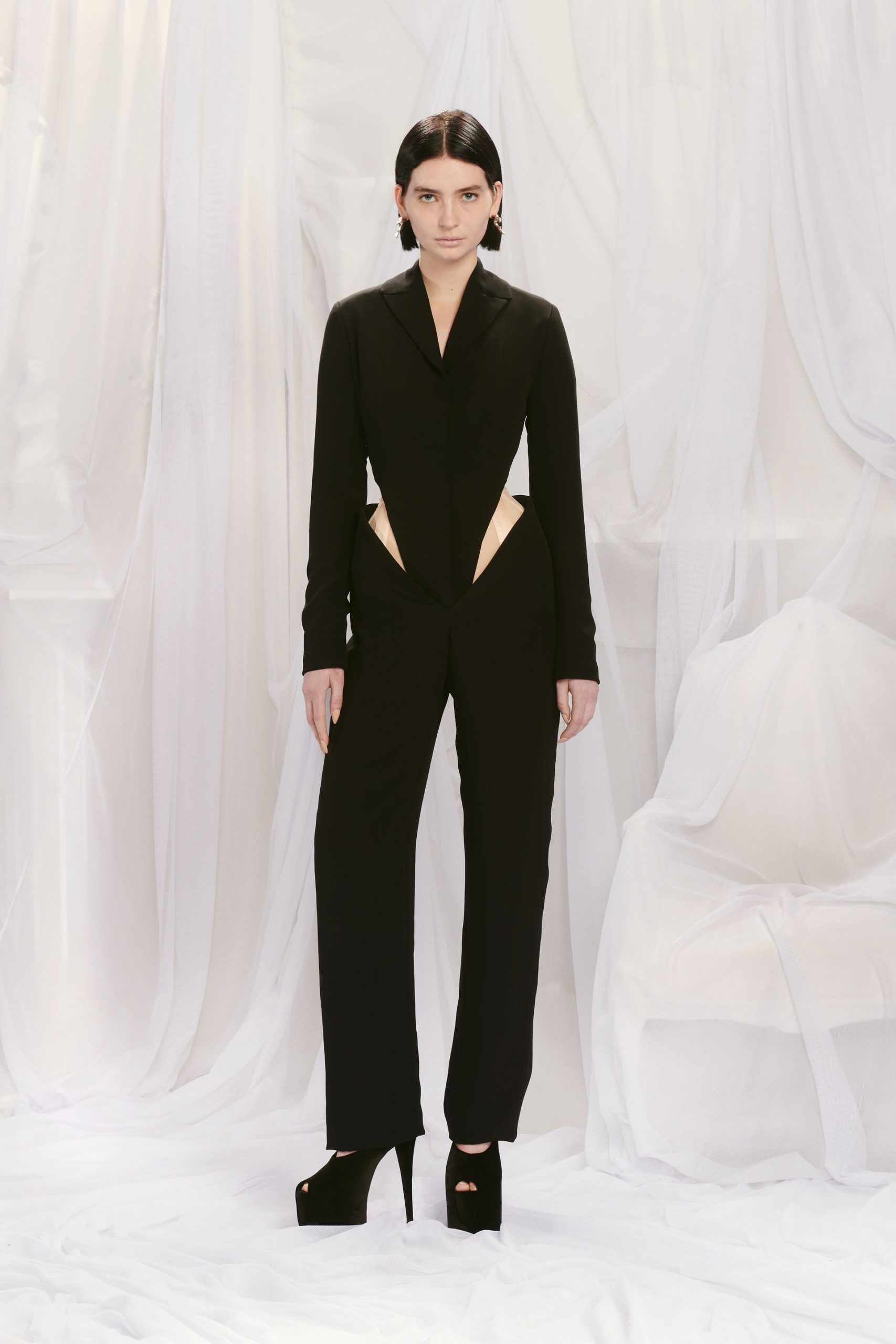 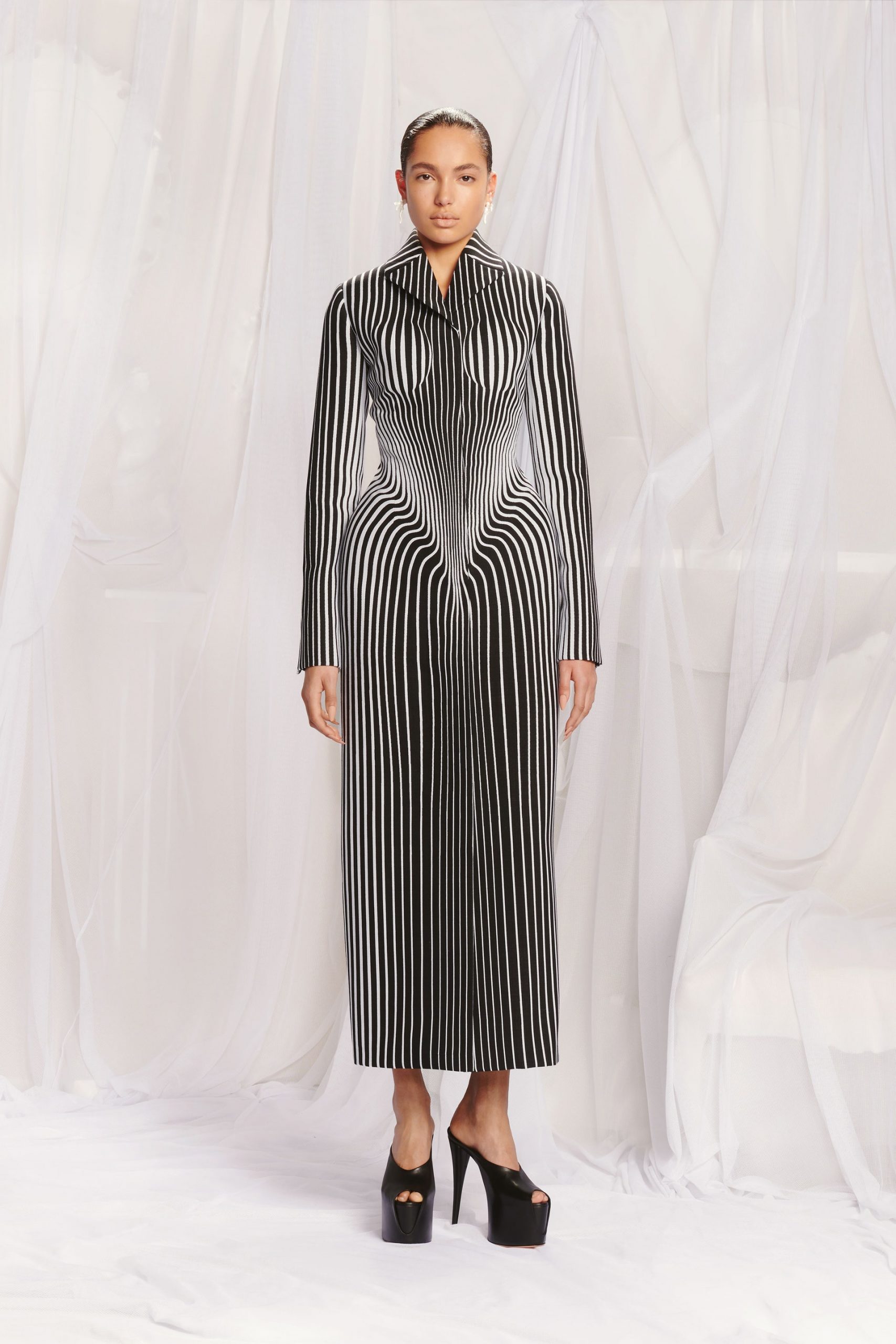