On November 2nd, Gucci held its first in-person fashion show since February 2020 in the heart of Hollywood. Shutting down a block on Hollywood Boulevard, many celebs made an appearance to not only watch the show, but also to walk on the runway. 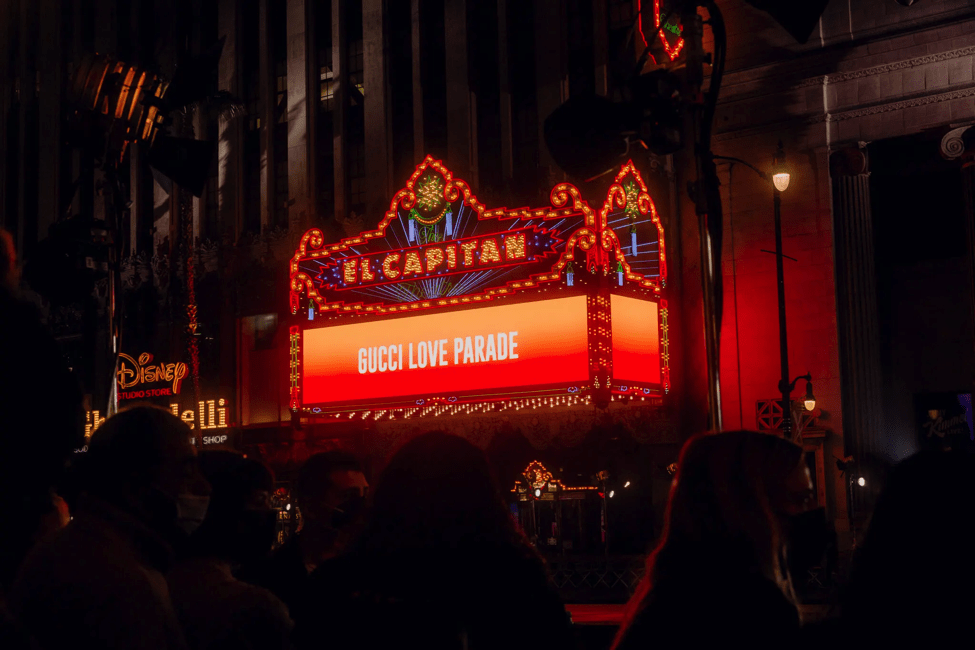 Highlighting Hollywood’s film and fashion industry, the show took place alongside ​​Grauman’s Chinese theater, while the Hollywood Walk of Fame served as the ‘Love Parade’ runway. 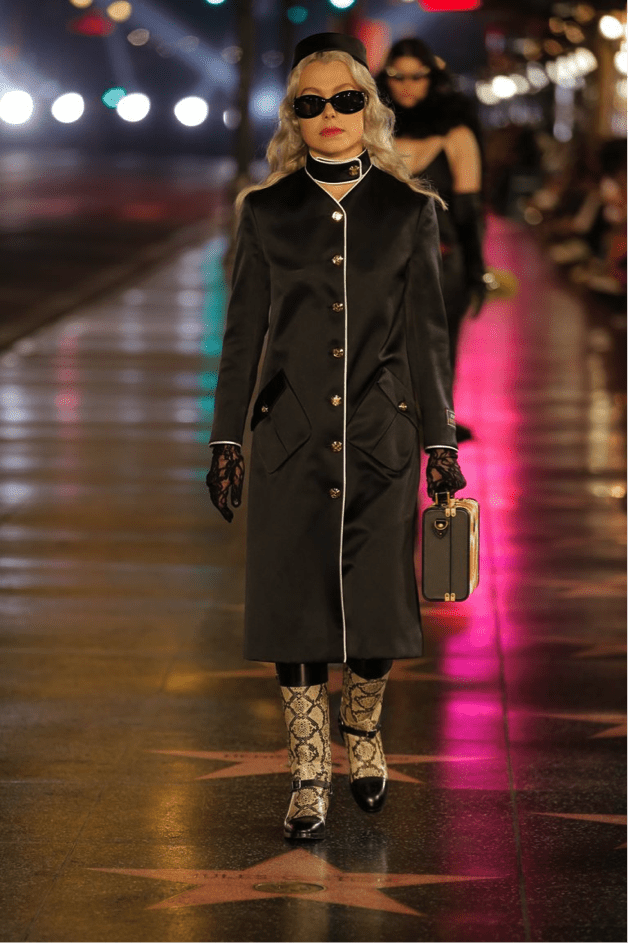 Above, Phoebe Bridgers is seen strutting through the stars on the Walk of Fame. 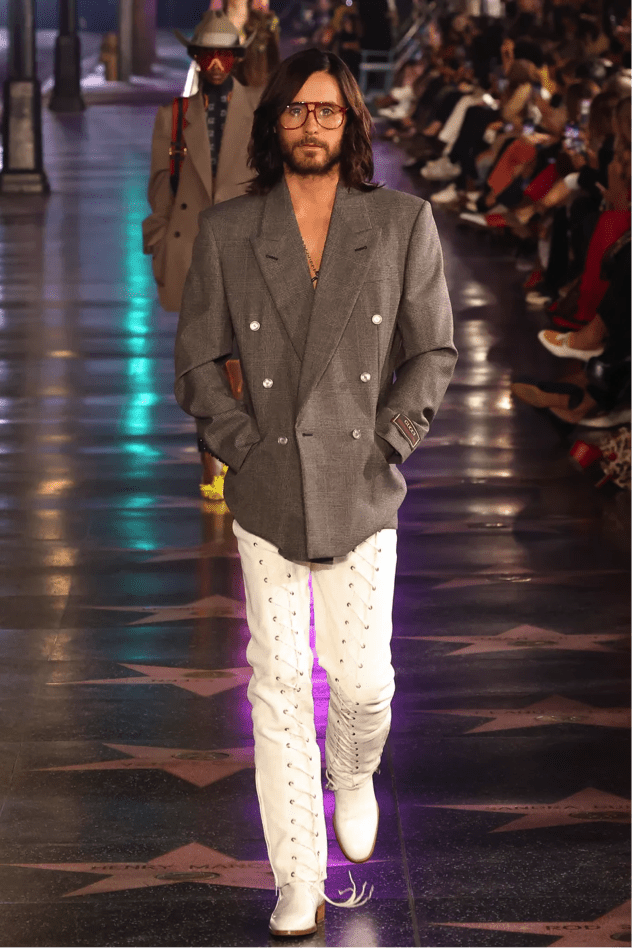 Long-time brand ambassador and star in the upcoming movie ‘House of Gucci’, Jared Leto, made an appearance on the runway. 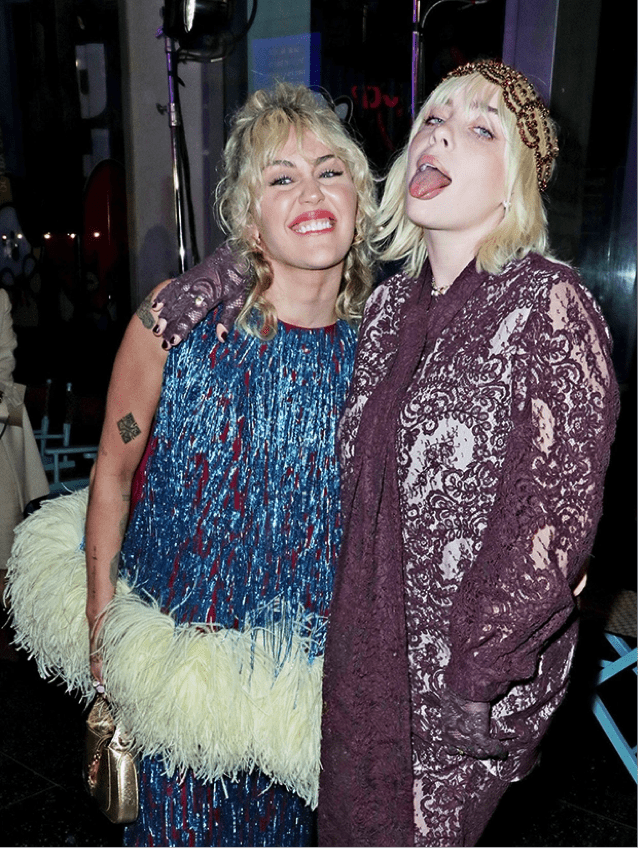 Miley Cyrus and Billie Eilish stood side-by-side and posed for a photo while in front-row attendance at the iconic show. 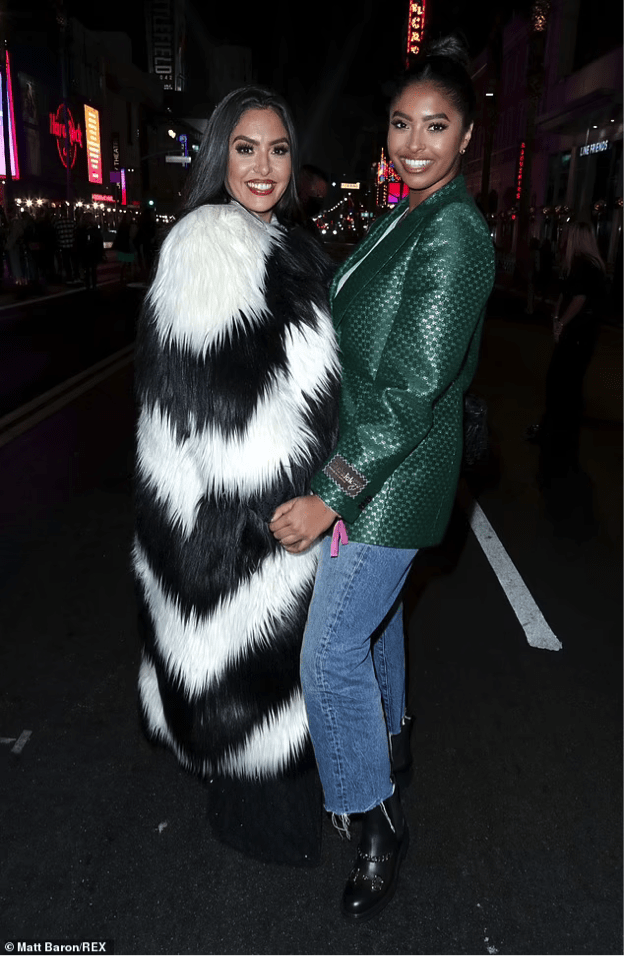 Vanessa and Natalia Bryant, wife and daughter of the late Kobe Bryant, made an appearance. Vanessa was covered in a head-to-toe Gucci faux fur coat, while Natalia wore a green monogrammed Gucci blazer. The show was a success, and much praise was given to Gucci’s creative director Alessandro Michele for creating a fabulous night in Hollywood.