After teaming up with New Balance last year, Jaden Smith has announced he will be releasing a new collection with the sportswear brand on July 30th, alongside a new single. The line, titled “Trippy Summer Pack”, is heavily inspired by both psychedelics and his own music. The upcoming drop features graphics of his previous and upcoming album artwork, as well as other “trippy”, colorful designs.

Earlier this year, Jaden announced he would be committing to brands that reflect his core values such as sustainability, and proved this by teaming up with Levi’s for their “Buy Better, Wear Longer” campaign. He is keeping his promise with the New Balance sustainable Vision Racer sneaker that is made from partially recycled materials. The Vision Racers will retail for $150 in 2 different color options, in addition to other pieces from the collection, such as a graphic hoodie ($90) and a t-shirt ($45).

The collection will be available to purchase on New Balance’s website as well as select retail stores across the globe. 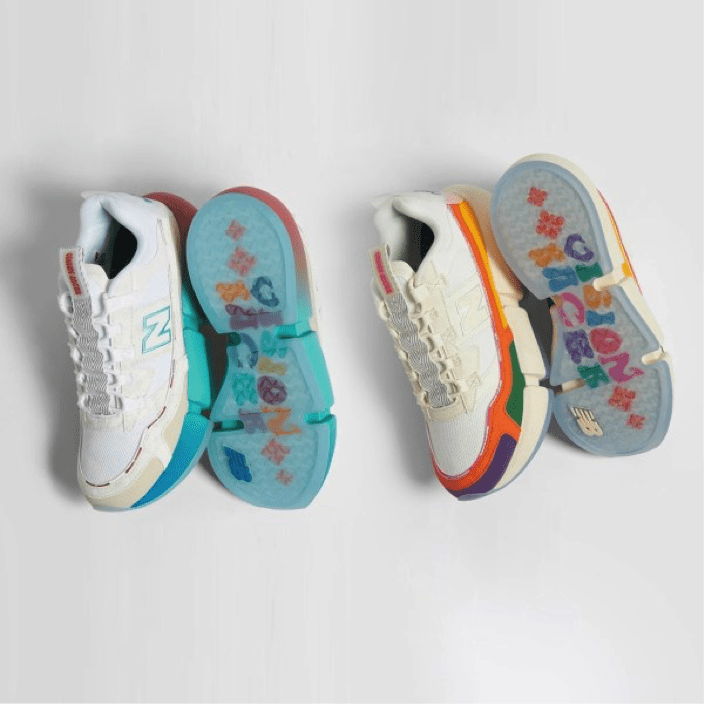