Actor Jim Carey has just entered the metaverse with his own non-fungible token. His debut
piece was up for auction just this week! Carrey, previously known for his satirical political
artwork, has entered the verse in a sunny way! Carrey’s debut Non-fungible token is titled
“Sunshower,” after the actor’s physical counterpart. The NFT was crafted in collaboration with
acclaimed filmmaker and producer of films like Deception (2008) and Dallas Buyers Club
(2013), David Bushel. “Sunshower” features a man looking up with his eyes closed, with
raindrops pouring down his face, depicting Carrey’s version of a “Sunshower.” The virtual
artwork began its auction on SuperRare and ran from June 9 to June 14, with the highest bid
going for 46.36 ETH (or approximately $56,900). The NFT also features an original voice-over
from the actor himself. The formation of the virtual art pieces’ physical counterpart is also quite
unique. 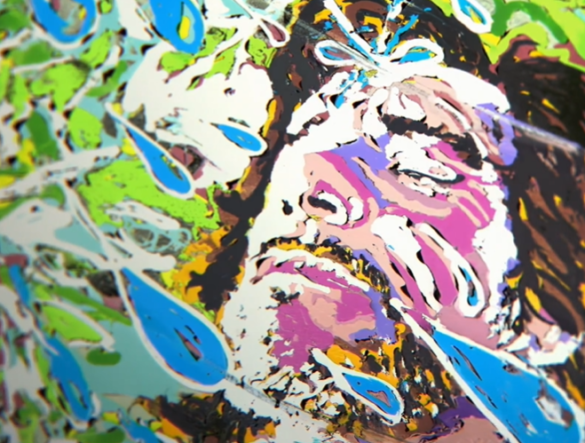 The physical version of “Sunshower”, was painted directly from acrylic paint tubes. The actor
stated that the background of the painting was poured and the canvas was scraped, leaving only
an imprint of the previous colors’ impact on the canvas (wow). Carrey’s face is the centerfold of
the painting, but it’s distorted through a compilation of vibrant colors and hues with large blue
raindrops serving as the canvases backdrop. Jim Carrey stated, “A sunshower seems like you’re
being given a divine gift; a form of medicine with miraculous regenerative potential.” Carrey
didn’t just give us a stunning self portrait based NFT. A portion of all sales from the auction went
towards the nonprofit organization Feeding America, which fights to alleviate food insecurity.
Previously, Carrey practiced a more satirical approach to his artwork, but has since focused more
on holistic and uplifting themes, like the inquisitive “Sunshower.” What are your thoughts on
Actor Jim Carrey’s debut into the metaverse?