Skip to content
Home » Kim Kardashian Announces Keeping Up With The Kardashians Is Over!

Kim Kardashian Announces Keeping Up With The Kardashians Is Over!

In shocking news Kim Kardashian has announced that her family’s iconic reality show is ending after 14 years on air.

Keeping Up with the Kardashians, which helped make Kim and her siblings Kourtney, Khloe, Kylie and Kendall household names and launched their careers in the fashion and beauty business, will air its last season early next year.

There was no reasons for the decision but E! said in a statement that it respects ‘the family’s decision to live their lives without our cameras.’

In an Instagram message posted on Tuesday, Kim, 39, wrote: ‘To our amazing fans – It is with heavy hearts that we’ve made the difficult decision as a family to say goodbye to Keeping Up With The Kardashians. After what will be 14 years, 20 seasons, hundreds of episodes and numerous spin-off shows, we are beyond grateful to all of you who’ve watched us for all of these years – through the good times, the bad times, the happiness, the tears, and the many relationships and children.

‘We’ll forever cherish the wonderful memories and countless people we’ve met along the way. Thank you to the thousands of individuals and businesses that have been a part of this experience,’ she wrote.

In April this year, it was reported that viewership had sunk to 871,000 viewers, making that episode the 4th lowest rated episode ever.

At its peak, KUWTK earned E! its most-watched day ever, when 10.5 million viewers tuned in to watch Kim’s ill-fated wedding to Kris Humphries – the episode, Kim’s Fairytale Wedding: A Kardashian Event – Part 2, aired in 2011.

The show also had an endless supply of celebrity guest stars over the years, but most notably there were appearances from Hugh Hefner, Mel B, Kobe Bryant, Lindsay Lohan, Serena Williams, and even TV legend Oprah Winfrey.

The controversy and notoriety surrounding the tape helped propel the start of the reality series.

Ryan Seacrest decided to develop the idea after meeting with Kris Jenner.

Despite getting a bashing from the critics over the years, the reality series was nominated for, and won, several television awards.

As the viewership has dipped, the family’s social media presence has only grown stronger – which could explain why fans are flocking to their Instagram Stories to get their fix, instead of the television show. 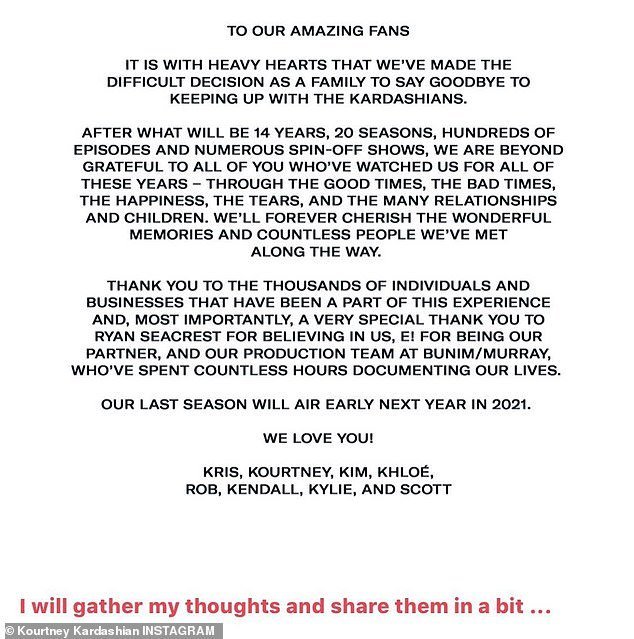 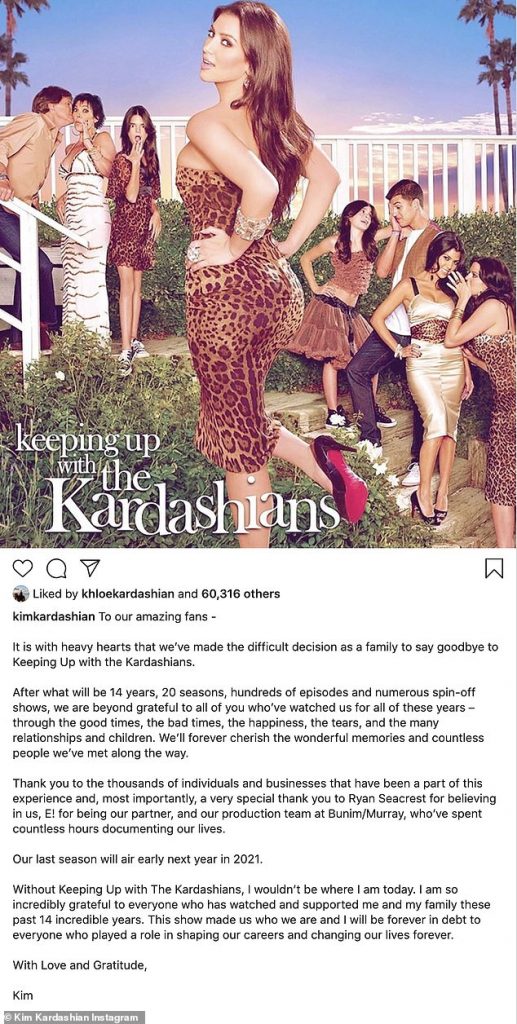