In February, the Victoria & Albert Museum opened Europe’s first major exhibition featuring the Kimono. The ultimate symbol of Japan, the kimono is often perceived as traditional, timeless and unchanging.

Kimono: Kyoto to Catwalk will counter this conception, presenting the garment as a dynamic and constantly evolving icon of fashion.

The exhibition breaks down the sartorial and social significance of the
kimono from the 1660s to present day, both in Japan and in the
rest of the world. Rare 17th and 18th century kimonos are being displayed
for the first time in the UK, together with fashions by major designers
and iconic film and performance costumes.

The kimono’s recent reinvention on the streets of Japan will also be explored through work by an exciting new wave of contemporary designers and stylists, like the work of Japanese rock star, turned fashion designer Yoshikimono.

Other highlights of the exhibition include a kimono created by Living National Treasure Kunihiko Moriguchi, the dress designed for Björk by Alexander McQueen and worn on the album cover Homogenic, and original Star Wars costumes that were modeled after the kimono, created by costume designers John Mollo and Trisha Biggar.

Designs by Yves Saint Laurent, Rei Kawakubo and John Galliano will reveal the kimono’s role as a constant source of inspiration for fashion designers. Paintings, prints, film, dress accessories and other objects will feature throughout the exhibition, providing additional context to the fascinating story of the style, appeal and influence of the kimono.
Over 315 works will be featured, including kimono especially made for the show, half drawn from the V&A’s superlative collections and the rest generously lent by museums and private collections in Britain, Europe, America and Japan.

Kimono: Kyoto to Catwalk begins in the mid-17th century when a vibrant fashion culture emerged in Japan. The increasingly wealthy merchant classes demanded the latest styles to express their affluence, confidence and taste, while leading actors and famous courtesans were the trend-setters of the day. The simple structure of the kimono focussed attention on
the surface, allowing for the creation of sumptuous patterns using sophisticated techniques. 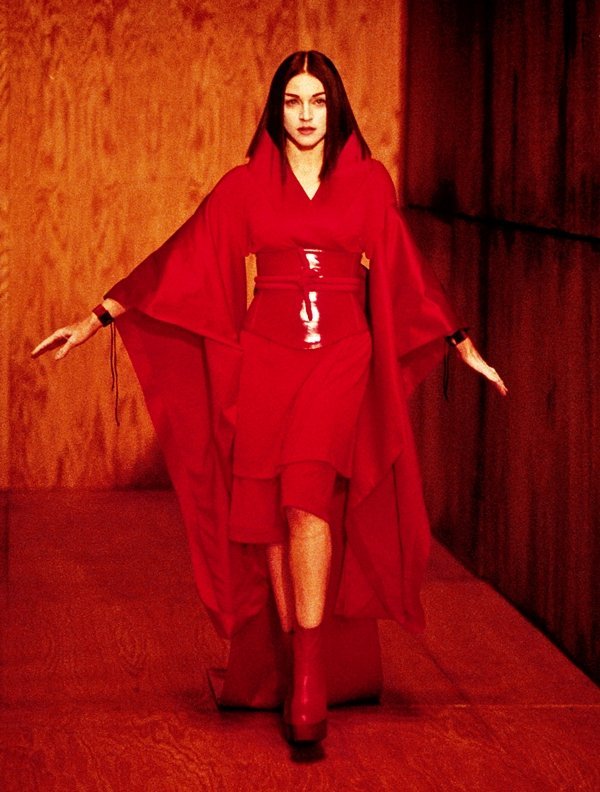 Kimono were first exported to Europe in the mid-17th century, where they had an immediate impact on clothing styles. Foreign fabrics were also brought to Japan and incorporated into kimono. The kimono’s biggest impact on western fashion came in the early 20th century, when designers such as Paul Poiret, Mariano Fortuny and Madeleine Vionnet abandoned tightly-corseted styles in favour of loose layers of fabric that draped the body.

The final section of the exhibition will show how the kimono has continued to inspire fashion designers around the world. The potential of the garment to be translated and transformed is seen in designs by Thom Browne, Duro Olowu and Yohji Yamamoto.  The display will include the outfit worn by Toshirō Mifune in Sanjūrō, Oscar-winning costumes from Memoirs of a Geisha, and the Jean Paul Gautier ensemble worn by Madonna in her video Nothing Really Matters.

Japanese brand Yoshikimono is partnering with the Victoria & Albert Museum for Kimono: Kyoto to Catwalk new exhibition in London.

Yoshiki is the founder of rock band X Japan who sold more than 30 millions albums internationally.

With his Kimono collections, Yoshiki wants to celebrate the Kimono as a traditional garment but with a fashion contemporary twist. His aim is to introduce the art of the kimono to the younger generation in order to perpetuate this Japanese tradition. 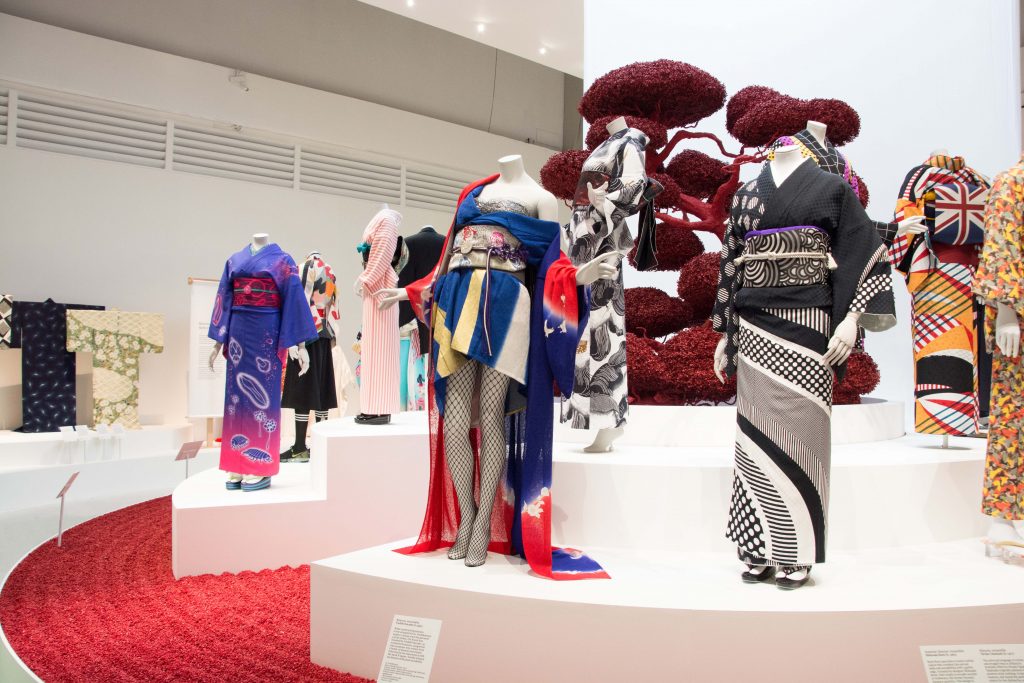