It’s helpful to think of this Loewe show as a companion piece to JW Anderson’s London collection. While there, Jonathan Anderson urged us to question the falsehood behind our screens, here he set out to explore the false nature. A giant fiberglass anthurium sprouted from a hole in the floor of her storefront, and she adapted the unreal flower for clothing, molding bodices that hugged the torso and cups that supported the throat of the suggestive flowers. They were not flower women in the sense that is used to conceive the term: for one thing, the anthurium’s knobby spadix does not resemble an erect phallus; for another the flower is poisonous. The women who will wear these dresses believe they are more dangerous than delicate. 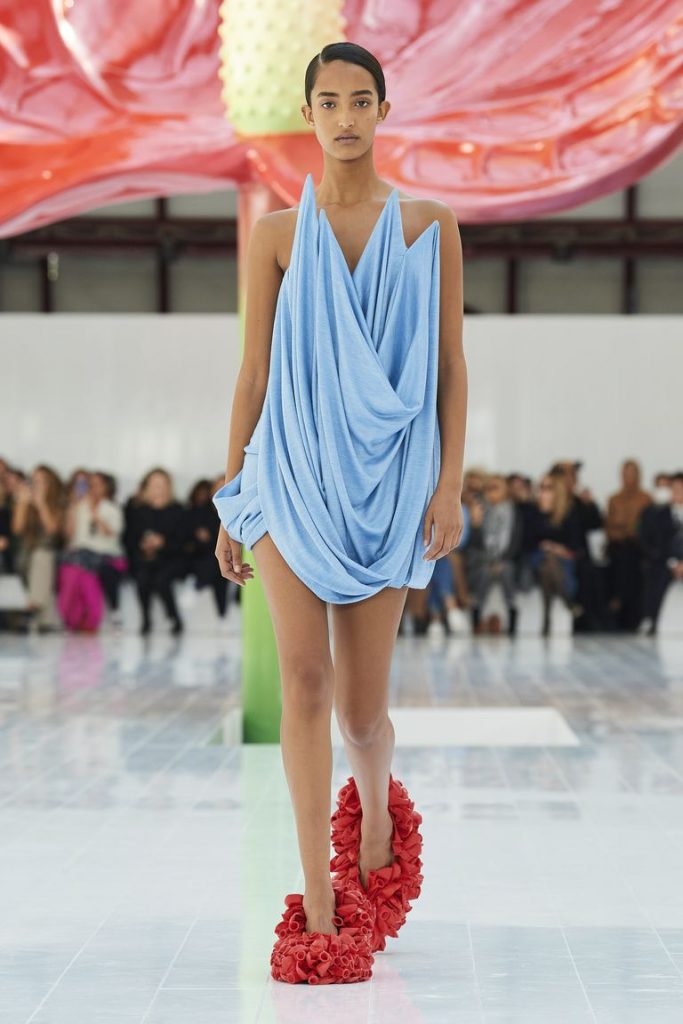 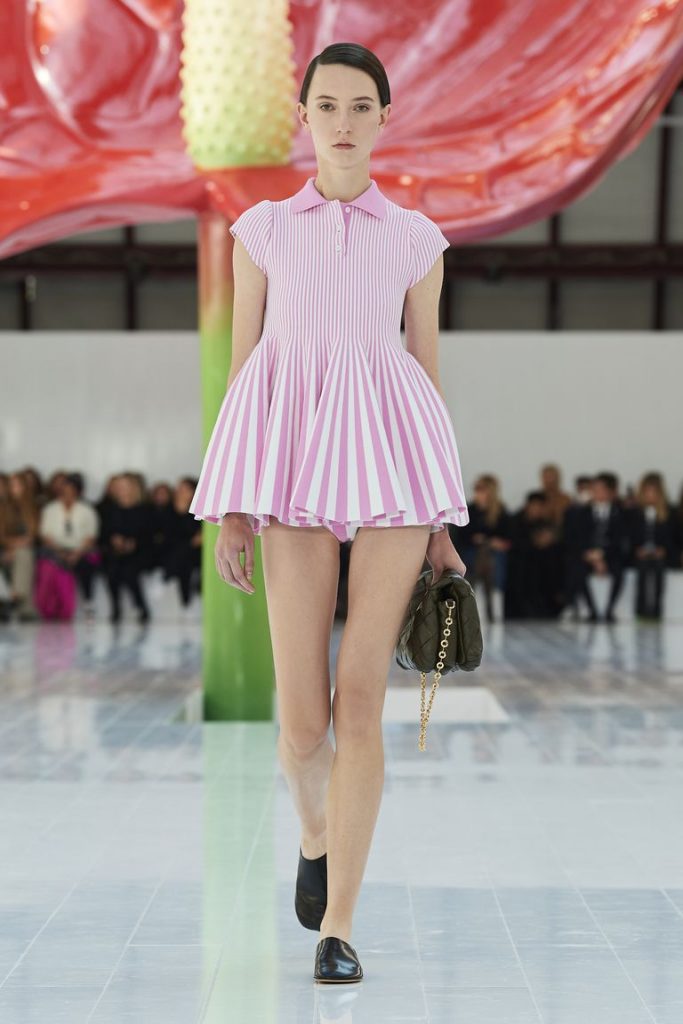 There’s a new element of provocation in Anderson’s work since the pandemic, a surge in fashion that has had her audiences on the edge of their seats today. Part of Loewe’s attraction is the show before the show. This season, it featured costume designer Sandy Powell, musicians Oliver Sim and Dev Hynes, actors Maude Apatow and Hari Nef and, on the look 1 catwalk, Taylor Russell, who stars alongside Timothée Chalamet in Bones Luca Guadagnino. and all