I see this axis as if it were a succession of doors leading elsewhere. Portals that open to other eras and places.

Echoing the optimistic atmosphere and graphic forms of the show’s idyllic setting, Nicolas Ghesquière brings together a colorful ensemble of geometric silhouettes. Like the uniforms of an American marching band, the collection parades in a procession that is both assertive and joyful, propelling a sense of forward motion. 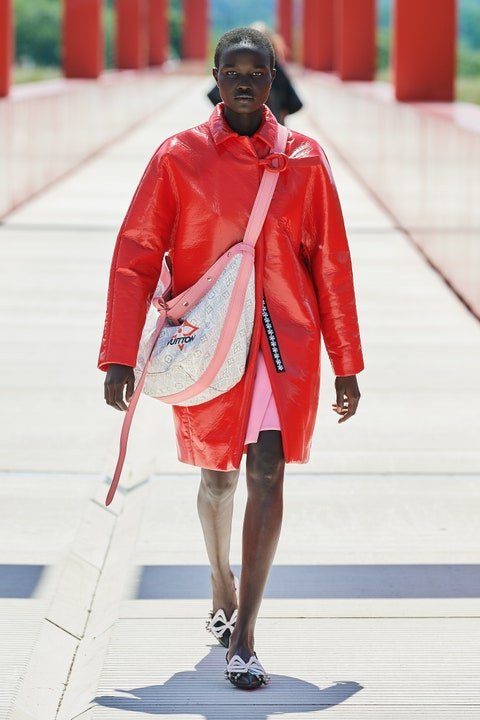 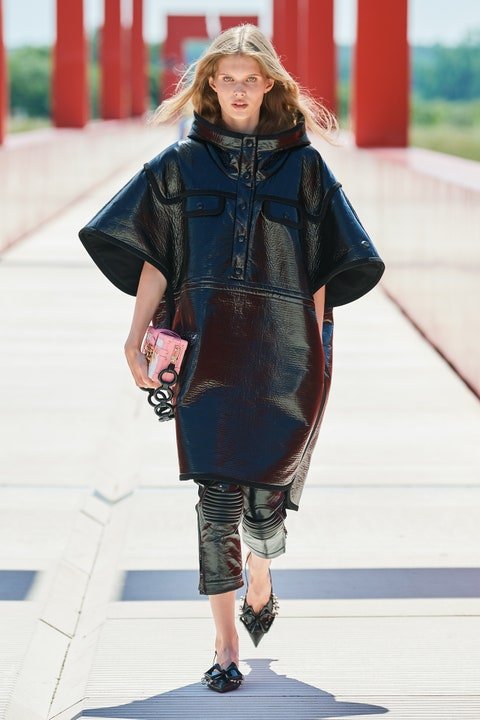 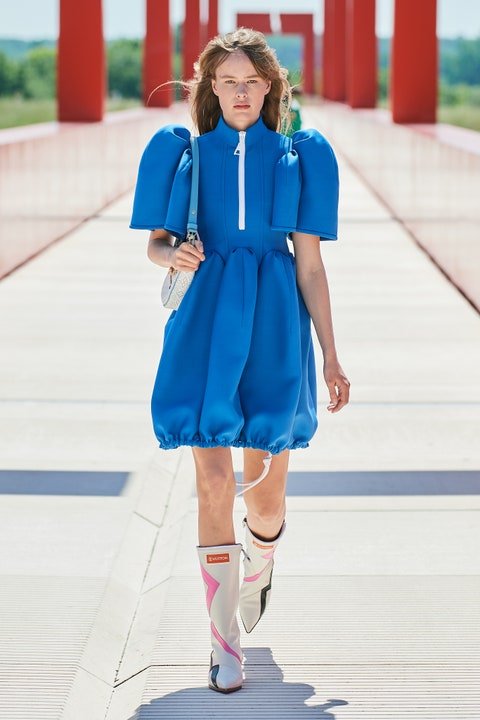 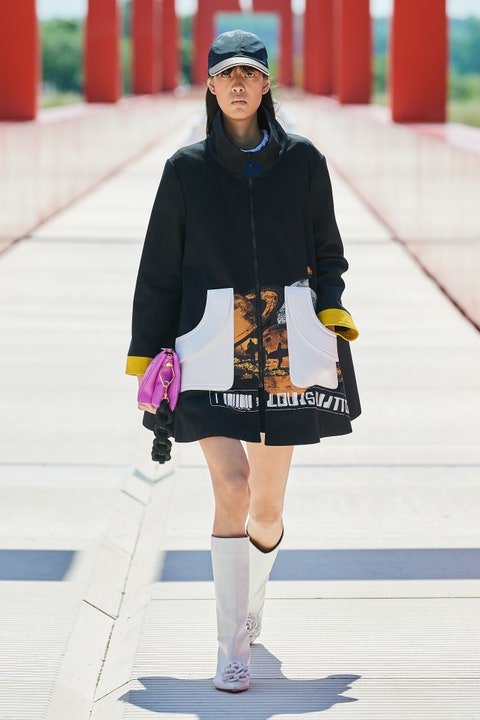 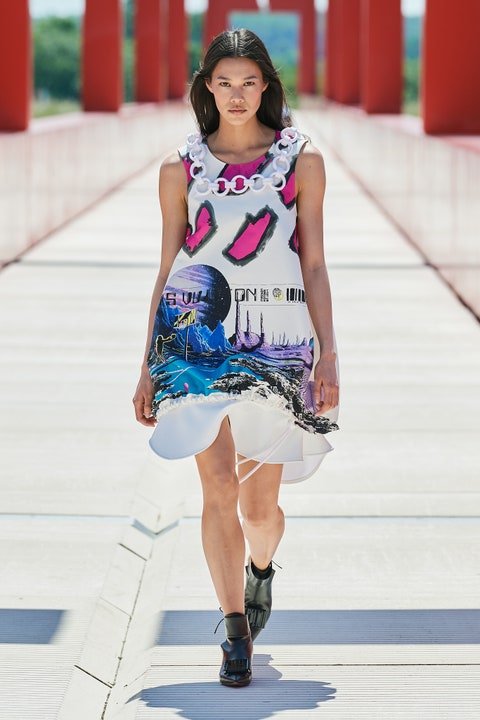 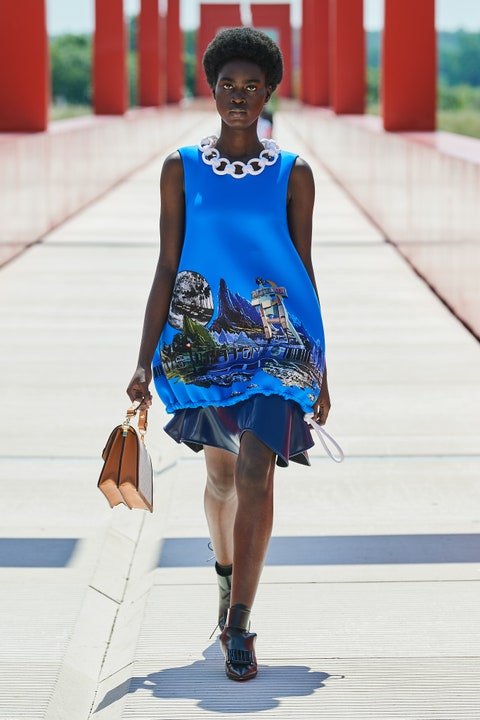 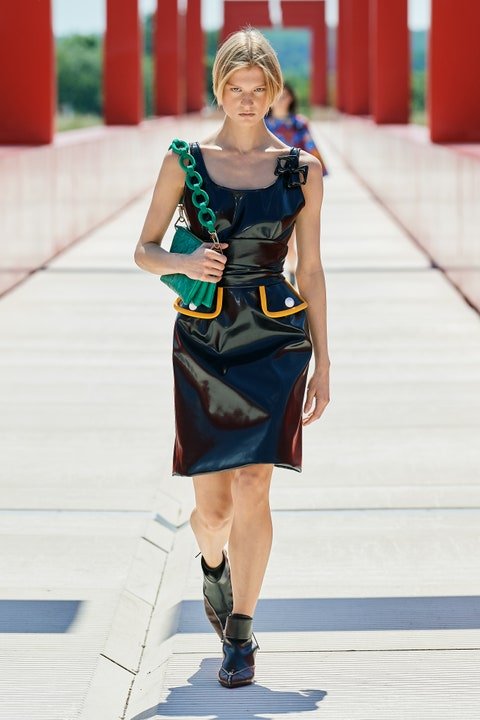 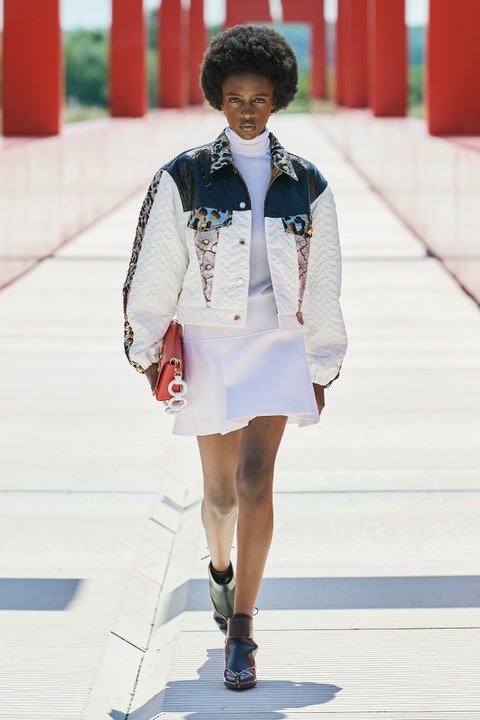 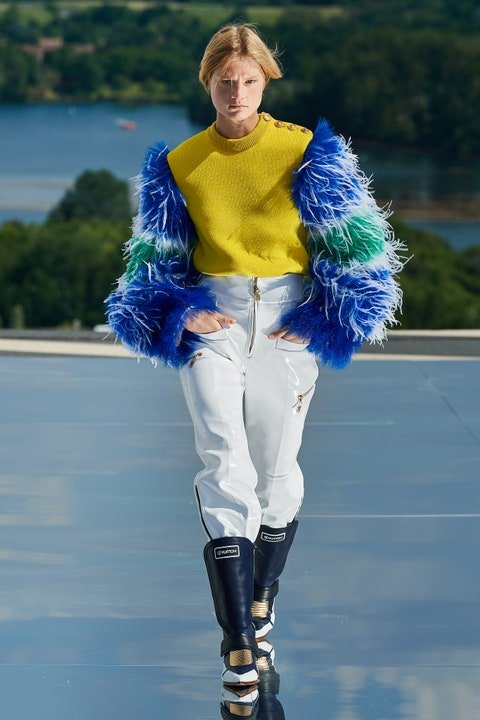 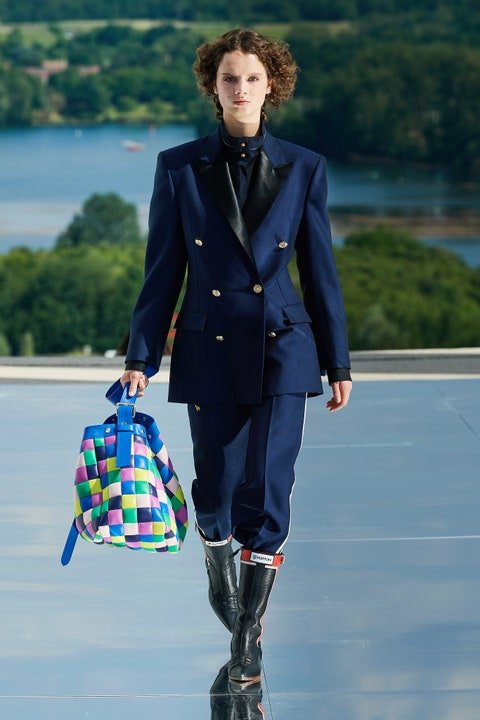 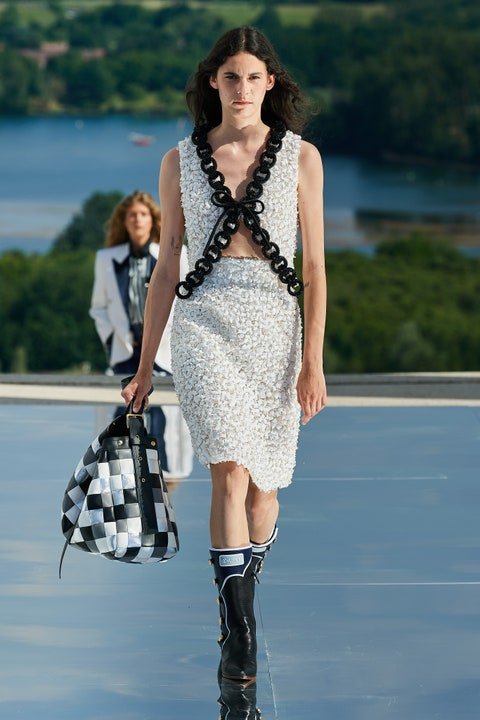 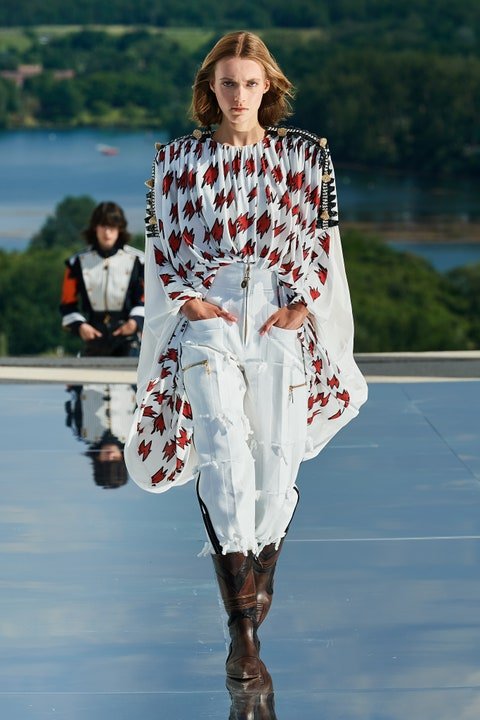 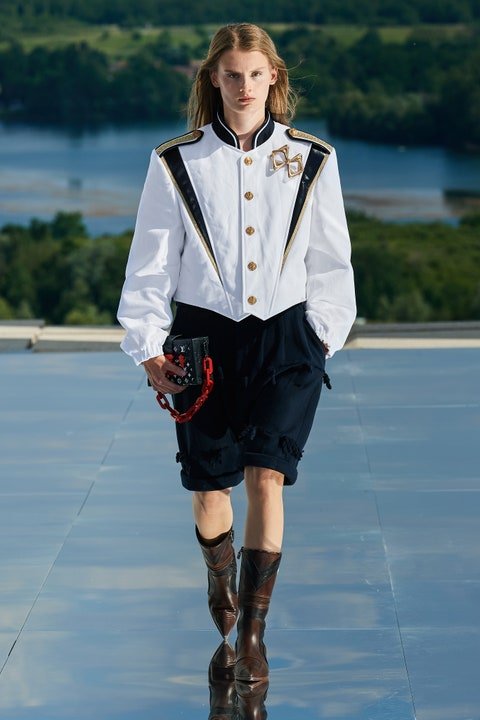