Megan Fox and Machine Gun Kelly attended the Billboard Music Awards on Sunday when they were photographed touching tongues on the red carpet. Tonight, they had their second awards show date of the week at the iHeartRadio Music Awards in Los Angeles. Kelly did not have a black tongue this time, but he and Fox were still affectionate in front of the cameras, with Kelly seemingly kissing the back of Fox’s head in one shot.

They both complimented each others outfits with Megan wearing a pink jumpsuit and Machine Gun Kelly wearing a white suit with embellished pink butterfly’s to match Megan’s outfit. 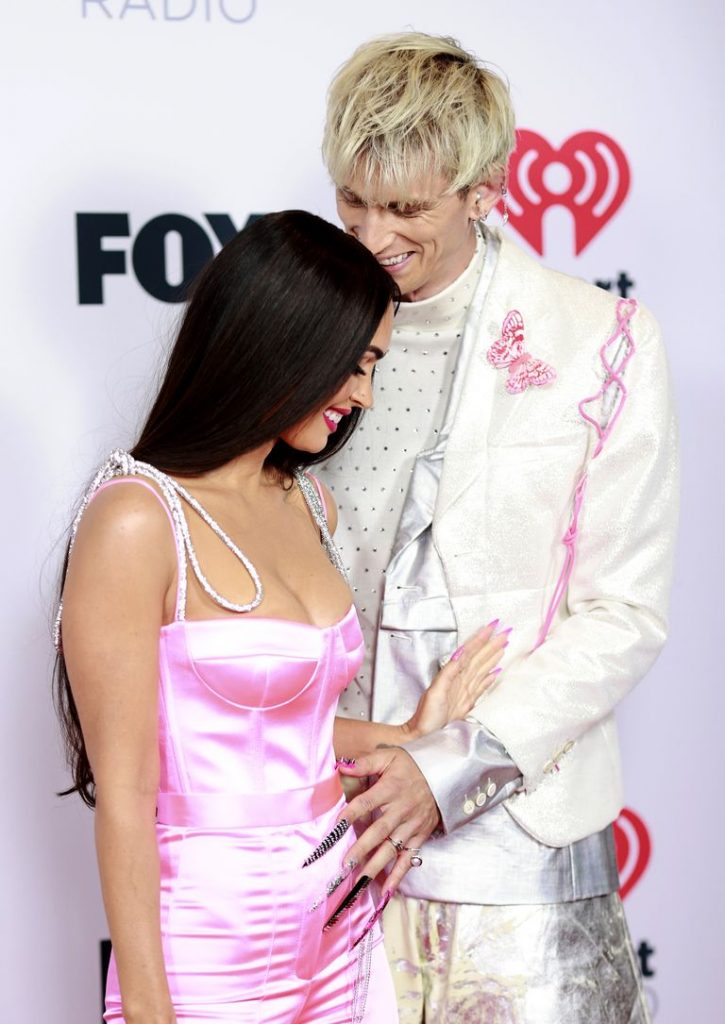