A lifelong fan of Broadway, Kors wanted to channel the “opening-night feeling”, and has opened up about missing going to the theatre amid the COVID-19 pandemic. He told WWD: “The heartbeat of New York is the Theatre District, and to see it just stopped was hard to comprehend because New York doesn’t stop 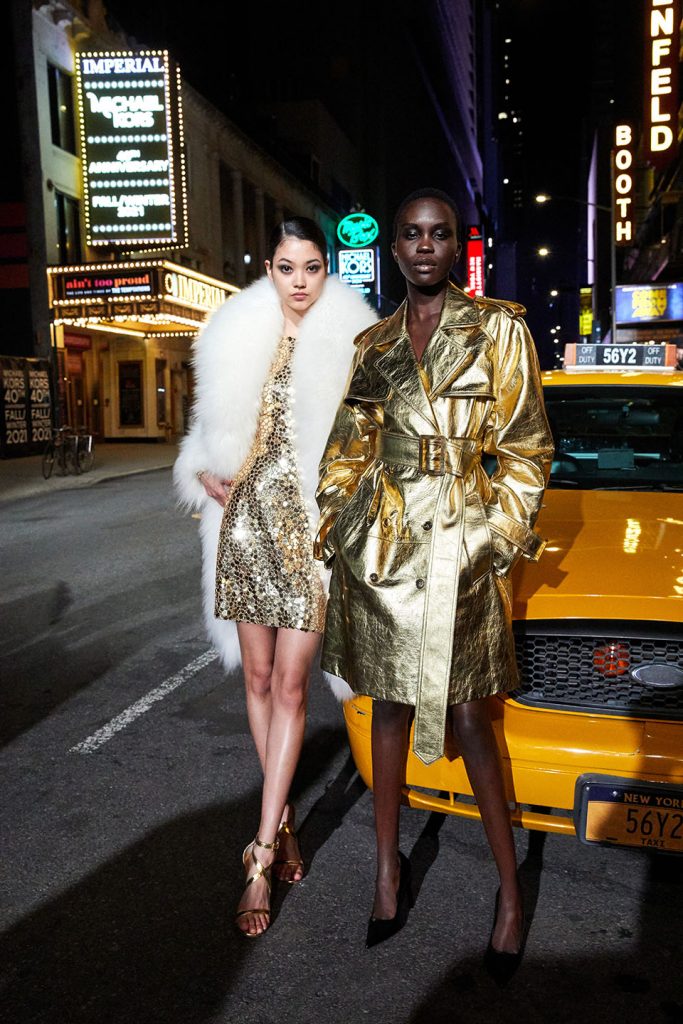 On the industry re-opening again and shooting the film, the designer explained: “It was overwhelming — being in the fashion community again, with people we have collaborated with forever, hair, make-up…models, it felt like this surreal party … And being in Times Square at midnight, and seeing the energy return — and that’s without theatre and restaurants — it really shows you peoples’ pent-up desire.

He added: “It was important to support people behind the scenes, because they don’t have an exact date back … So many people have had to leave town, to move home. We’ve seen that all around the world in every large city. Hopefully we can keep the talent because I think we will have a resurgence of young people wanting to bring back theatre and art and music and fashion.”