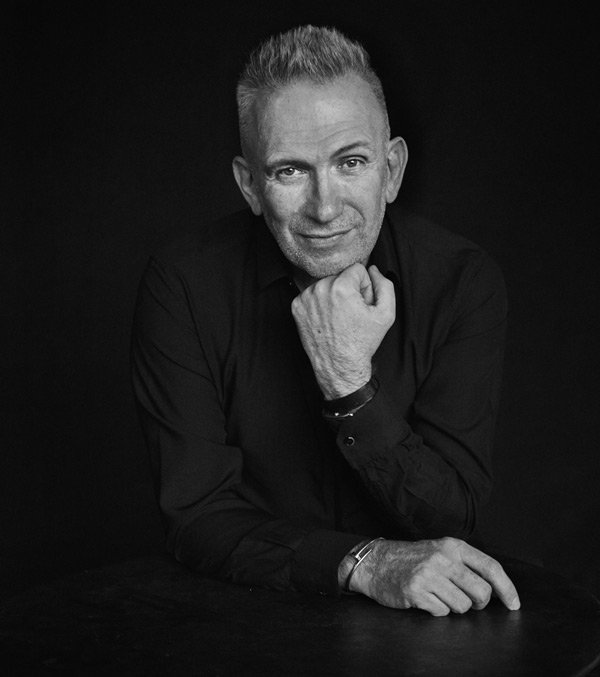 It’s truly an end of an era. Gaultier has announced via Twitter, his retirement from runway couture collections. The designer wrapped his only remaining runway show outlet during Paris Haute Couture Fashion Week. The final show was incredible in its design and collective sentiment. There was a pervasive feeling that this marked a “moment” at large in the fashion industry. The designer had acknowledged his disillusionment with elements of the modern fashion industry for a while.

Former French First Lady and ex-supermodel Carla Bruni was among the hundreds of fans of the brand and designer that came in droves to the iconic Chatelet Theater, to see the final couture collection of the one and only Gaultier.

In a tweet, the 67-year-old Gaultier said that the Wednesday night couture show “celebrating 50 years of my career will also be my last.” He added: “But rest assured, haute couture will continue with a new concept,” Living a hope for a new an interesting chapter.

Dealing head-on with whispers about the end of his career, ever-humorous Gaultier began the spectacle with a funeral scene, in a nod to the “end” of his career. Six male models carried a black coffin onto the runway. After 90 minutes of new creations, Gaultier ended the show jumping and laughing on stage as everyone danced to the Boy George hit “Church of the Poison Mind.” Boy George sang the song live. The mood felt more like rock concert than couture show with screams from the audience. Pop star Mylene Farmer, popped out from behind a screen to walk the runway to the booming sound of her own songs. Dita Von Teese appeared in a corset, to the audience’s hysteria.

The energetic collection was a recap of sorts of his career. Models and friends from the 1980s, as well as it-models such as Bella Hadid and Karlie Kloss, walked the runway. There were a lot of gender bending styles.

It was certainly a historic moment for fashion. 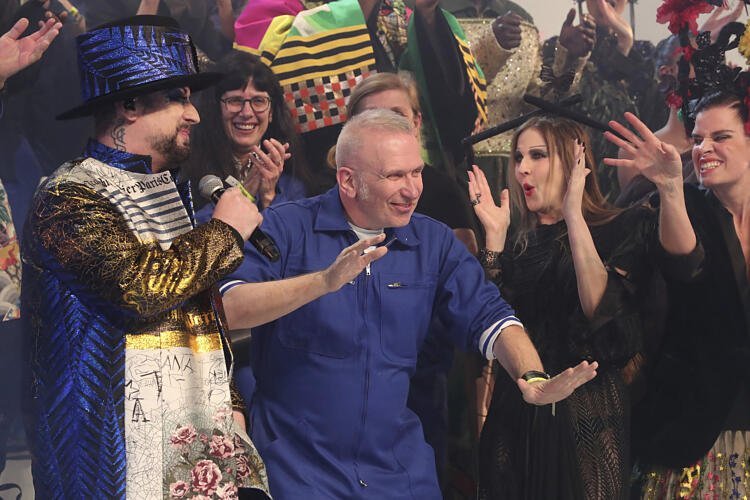 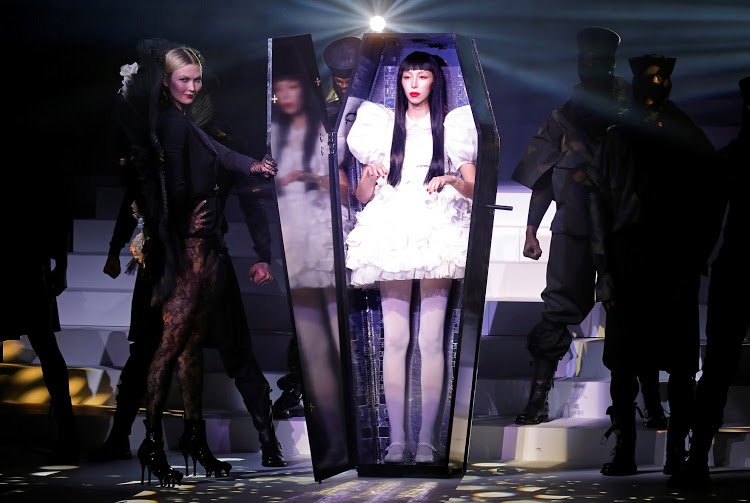 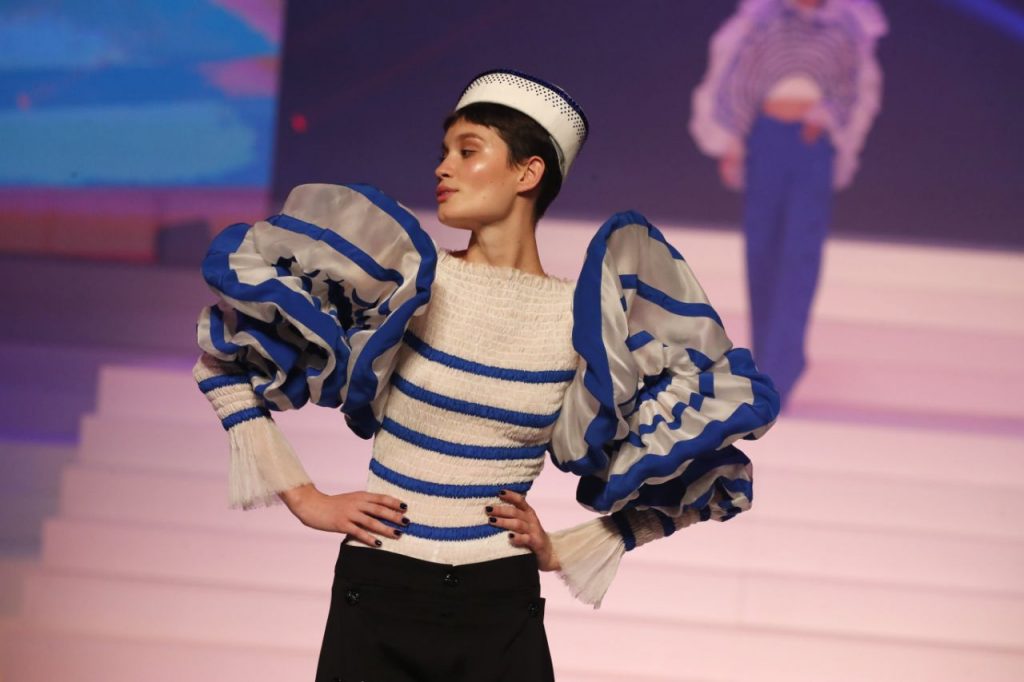 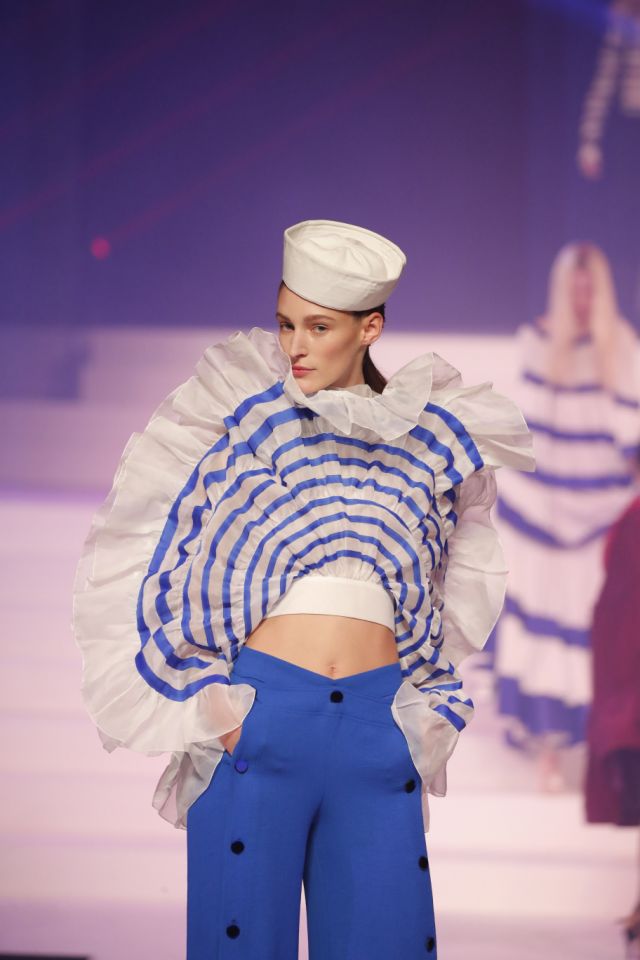