Valentino creative director Pierpaolo Piccioli presents hes 2021 Fall ready to wear collection in the empty spaces of historic Milan’s Piccolo Teatro, closed to the public since the beginning of the pandemic. “The fact that we decided to have it reopened, albeit just temporarily, it was a sort of a punk act,” he said at a press conference held in the darkness of the auditorium. “What we missed in the pandemic was above all the sense of sharing and of communality that culture gives us—not so much pasta and pizza.”

Rendered in single-minded, stark black and white, with occasional pops of muted gold, it felt like the point of convergence between the racé couture genius of Valentino which Piccioli has mastered so flawlessly and the new proposition of an abbreviated, terse silhouette pertinent for today. A daywear assortment of beautifully cut short wool capes was the collection’s pivot, worn with bare legs and elegant stilettos.

Couture-inflected, high-brow versions of no-gender punk signifiers tied the women’s and men’s lines together. Nets were a recurring theme—enlarged in a diamond pattern on a cashmere sweater worn as minidress; elongated in a cut-out cashmere duster over a crisp white shirt and black short; and rendered in the second-skin high-collared turtlenecks worn throughout the collection and made with budellini, an atelier technique. 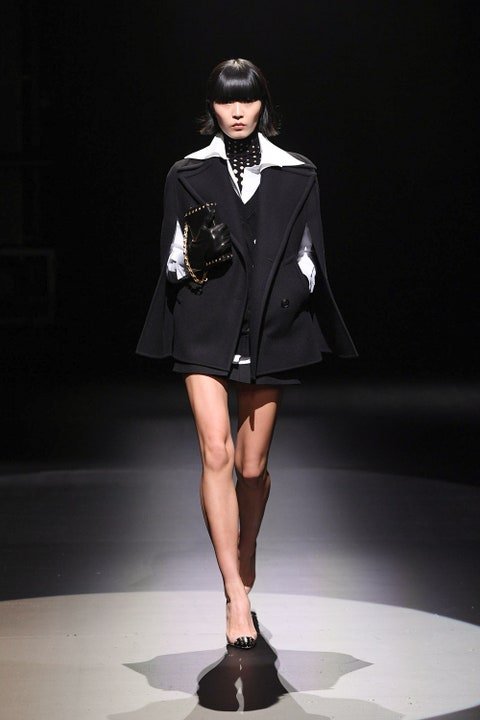 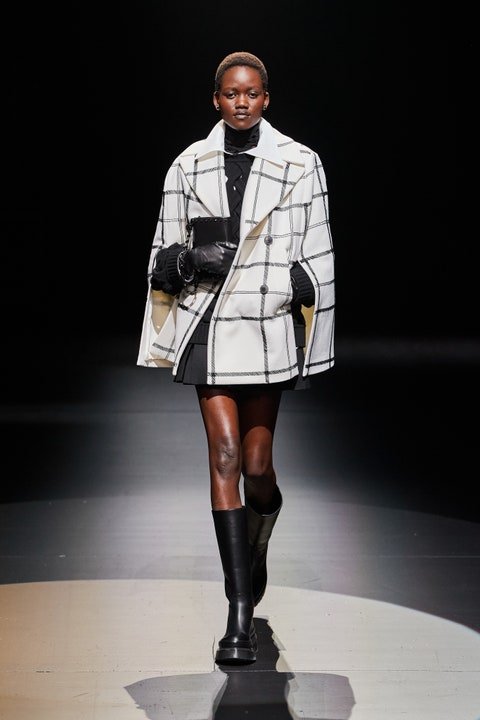 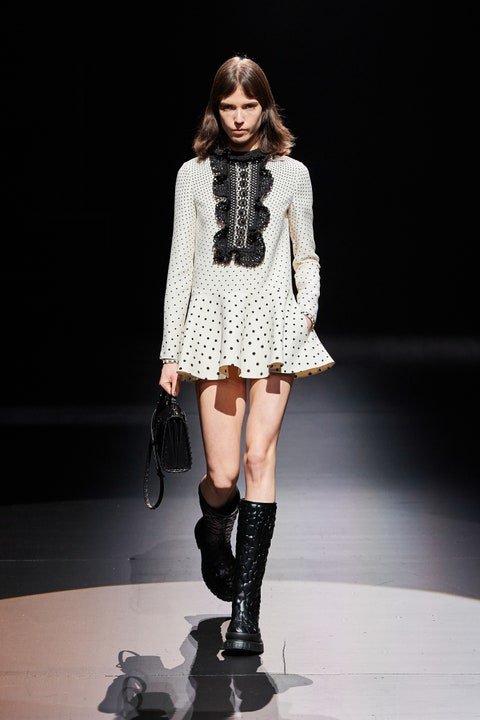 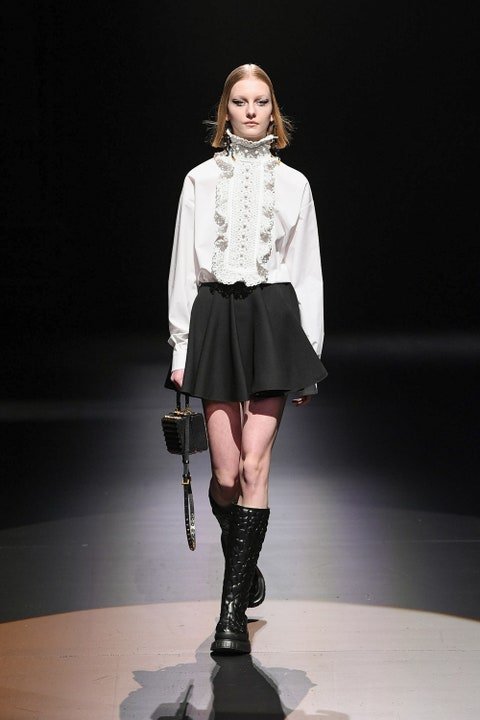 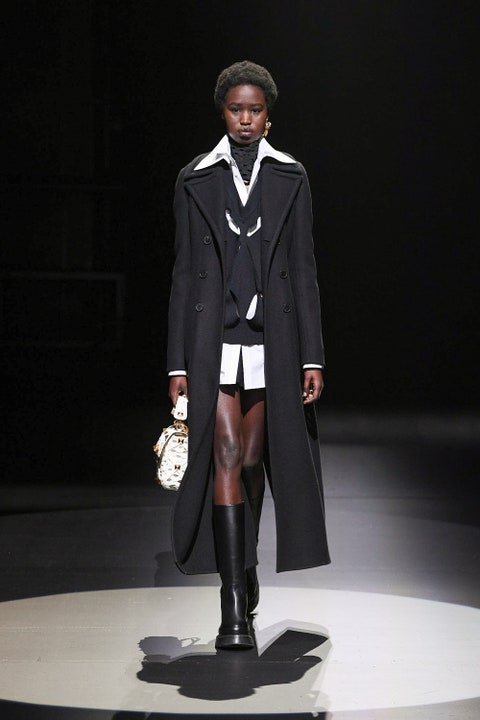 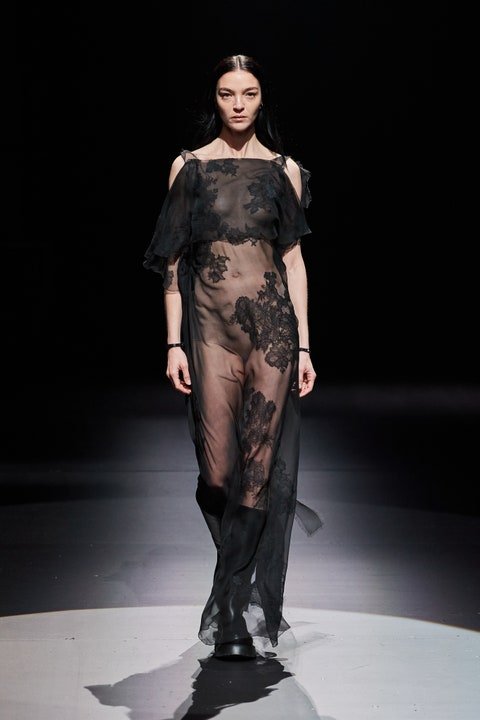 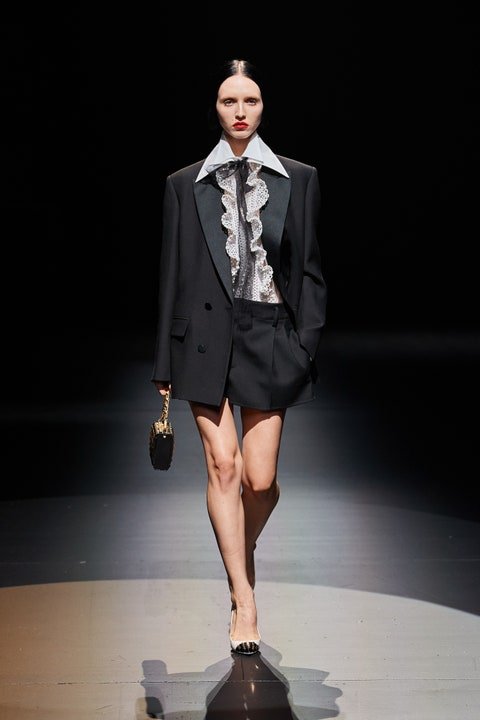 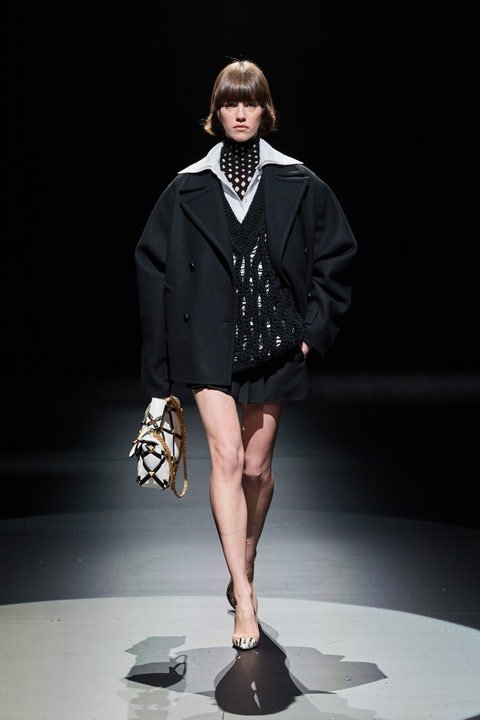 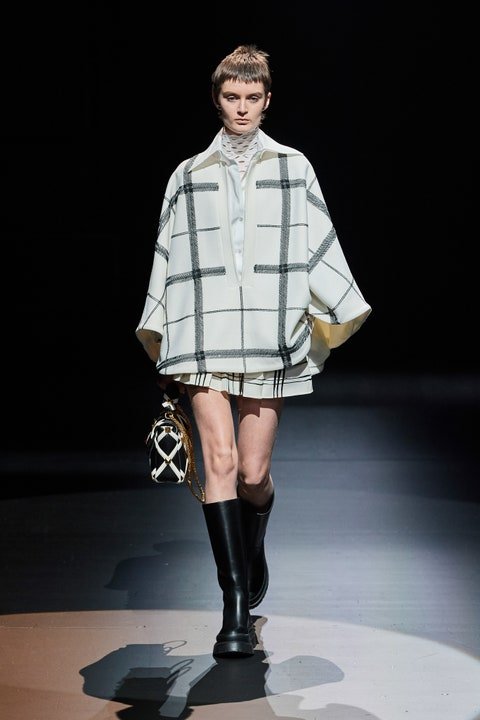 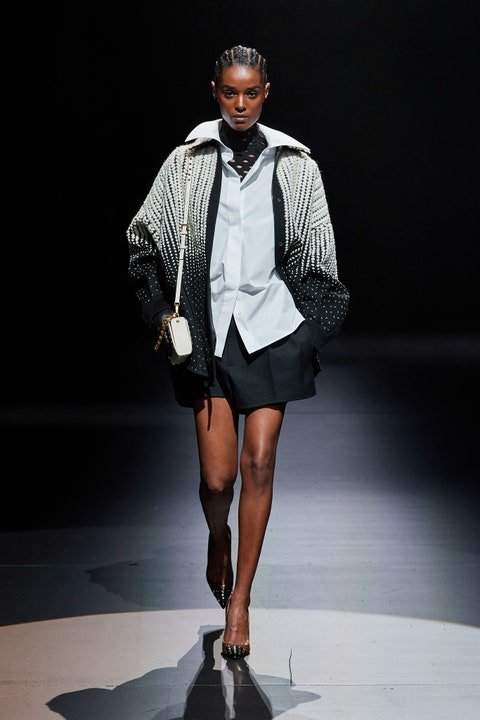 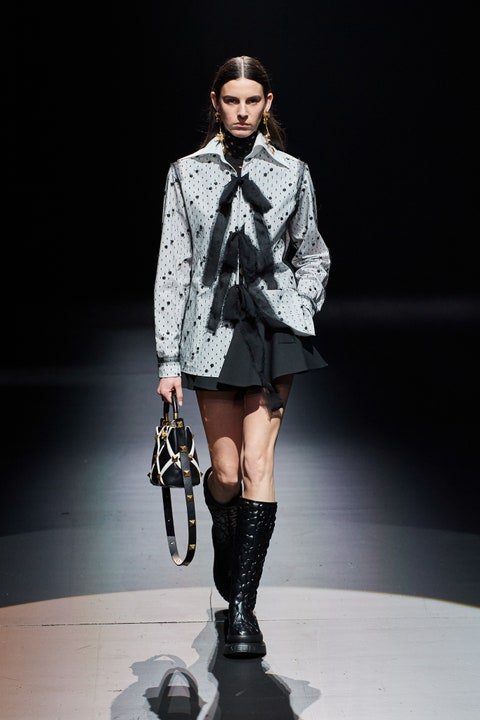 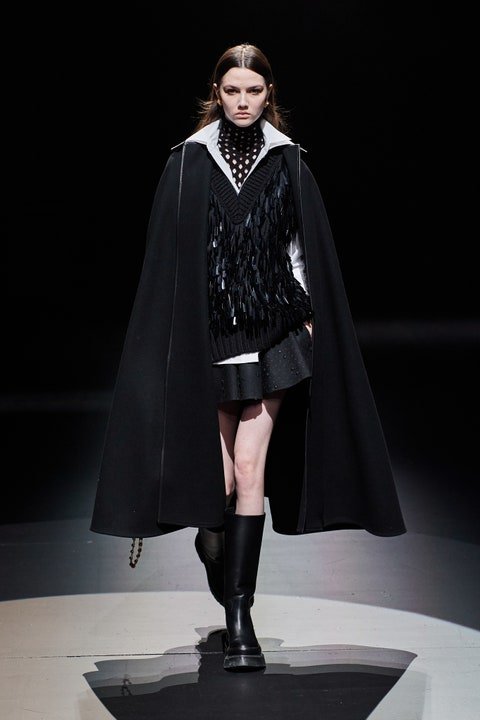 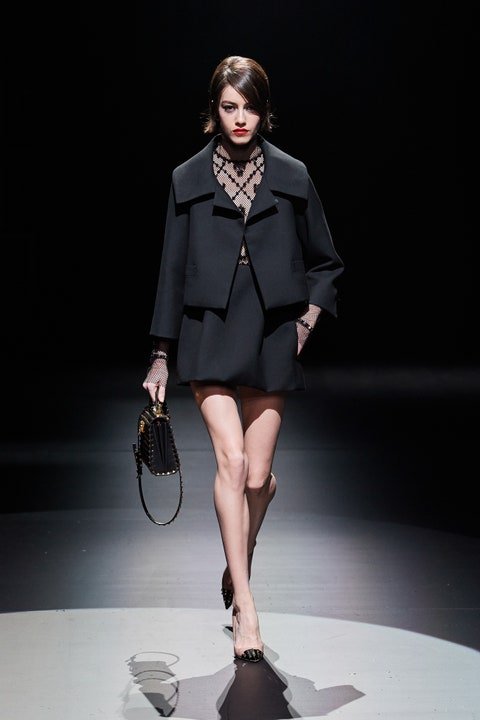 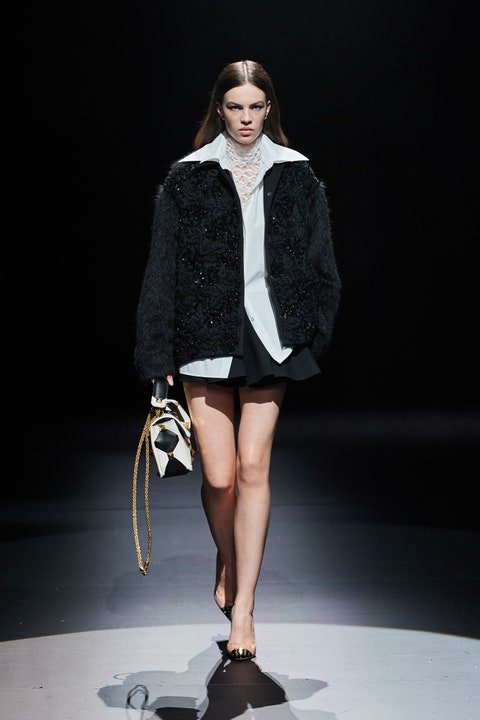 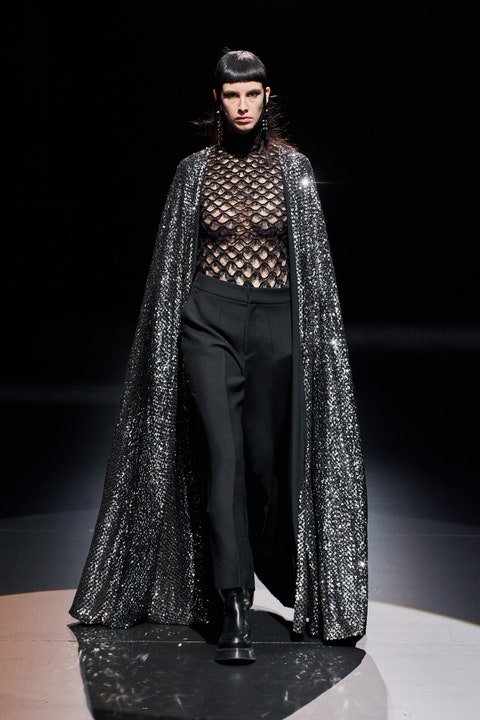 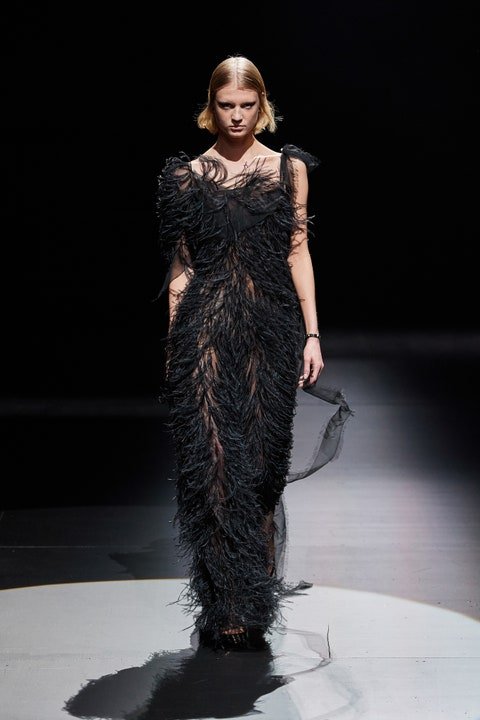 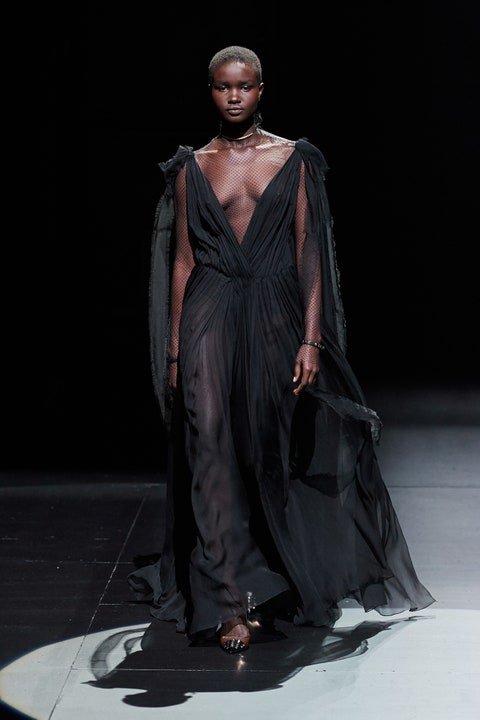 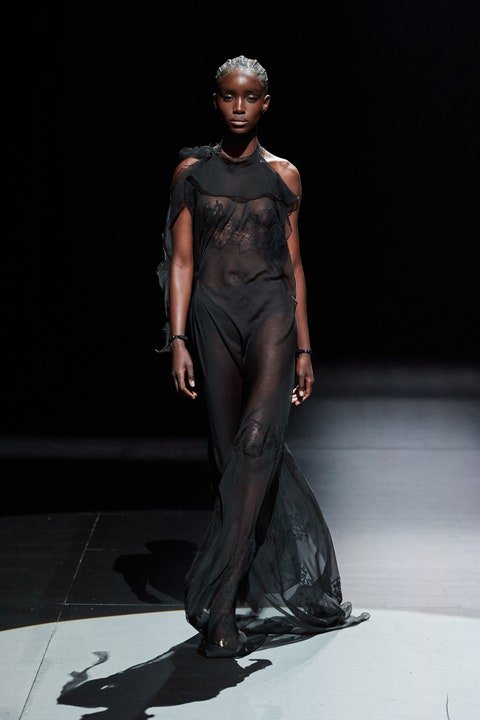