Pierpaolo Piccioli is busy keeping Valentino’s re-signification going, the line of thought about identity, humanity, and radicalism around which he’s been tailoring his practice since last year. “Today, more than ever, aesthetics are determined by identity to make Valentino’s codes and values pertinent for today, I want to keep a firm hold on its identity while shifting its signifiers, giving them a new attribution.”

What does that mean, exactly? “It means giving a more human dimension to Valentino’s lexicon, less obviously glamorous,” Piccioli said. “Not because I condemn red carpet glamour, but because today, there’s the need of a new warmth, of more humanity. So you have to open up those codes, giving them new life and the freedom to speak through more personal, individual interpretations.” 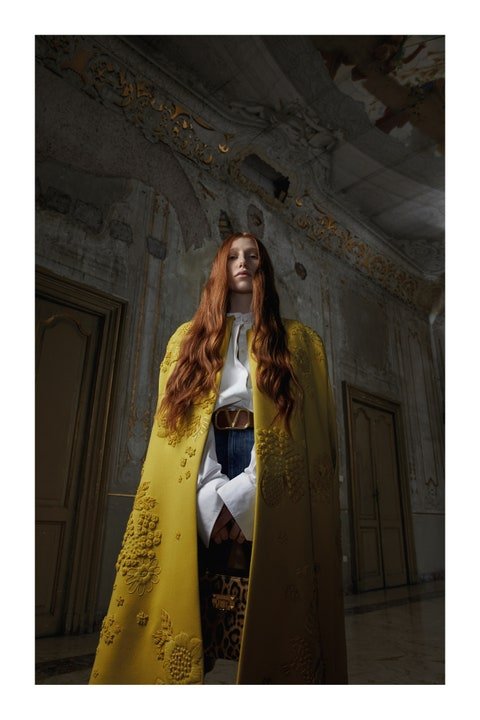 Shot in an empty yet decadent Roman palazzo, with chiaroscuro light giving each image a painterly, metaphysical aura, the collection paid a telling homage to Valentino’s culture of couture, even if it consisted mostly of daywear. Dégradé embroideries in macro sequins, wool knots, and beads; handmade taffeta and lace intarsia; bouillonné rosettes and thread-made appliqués; embellishments made through a complex carving techniques—these and other couture flourishes were lavished on clean-cut coats and capes in double cashmere, everyday pieces of luxurious ease. Red roses, an homage to the famous Valentino flamingo dress, were stitched on a sweatshirt in vermilion cady, while a simple shirt in crisp pale blue poplin was inlaid with individually cut florals selected from different types of see-through lace. 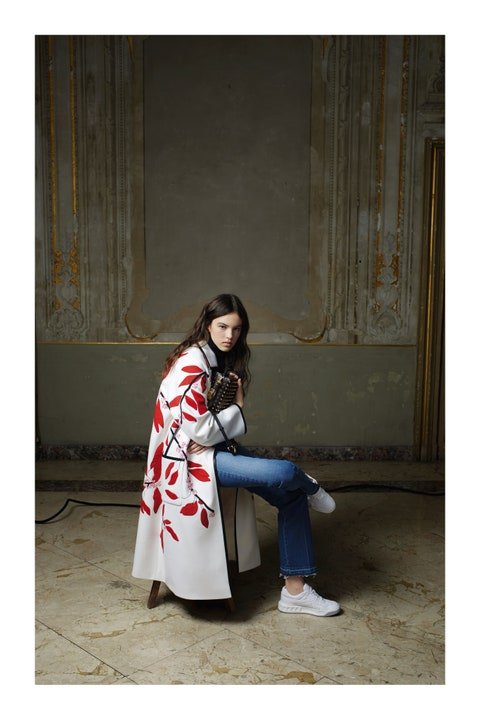 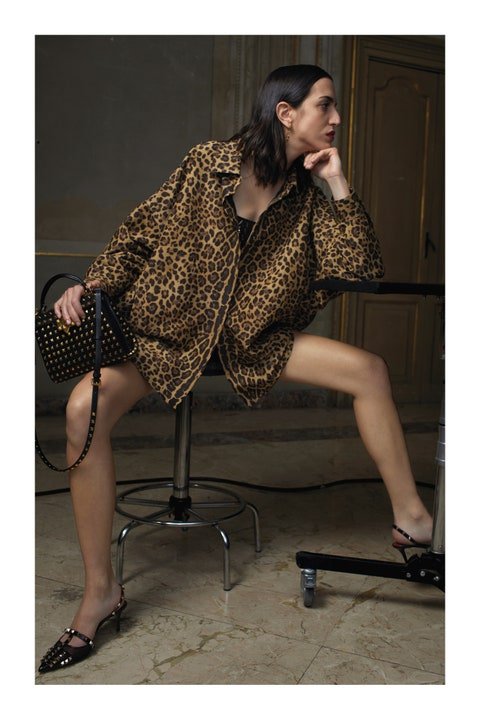 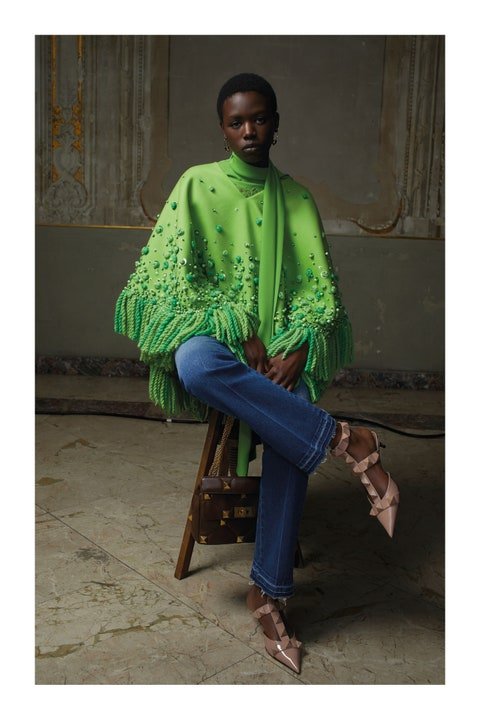 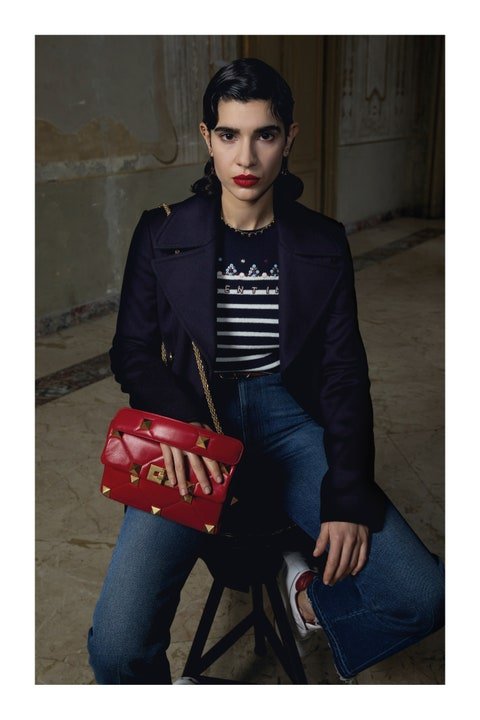 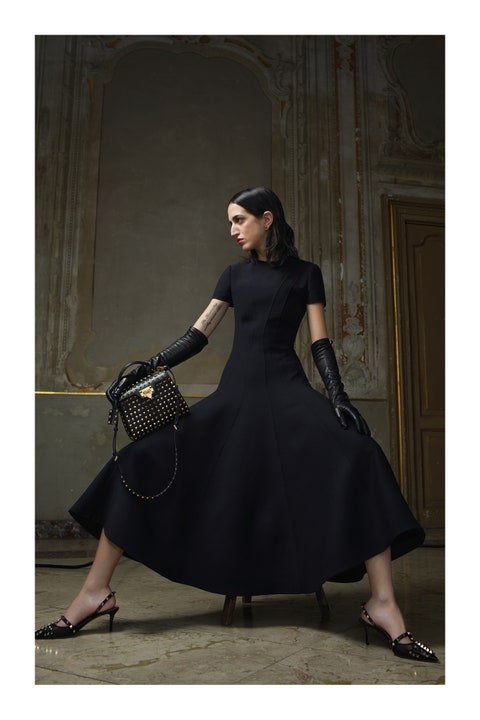 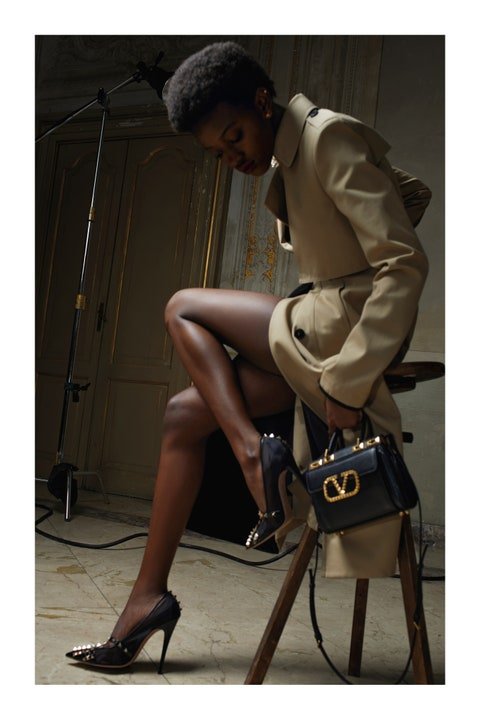 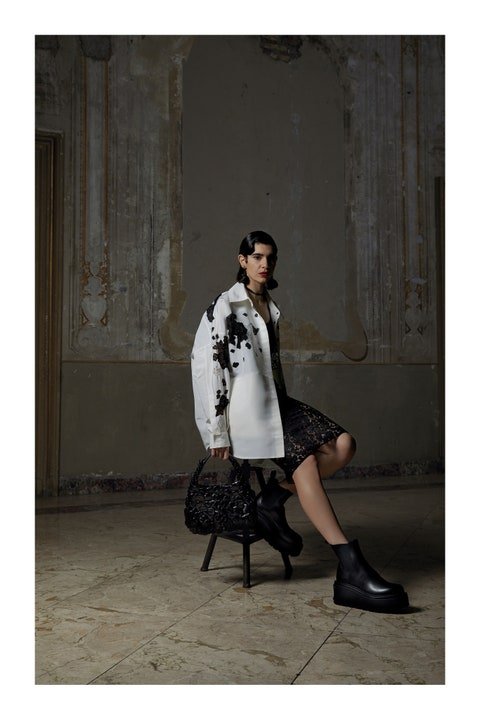 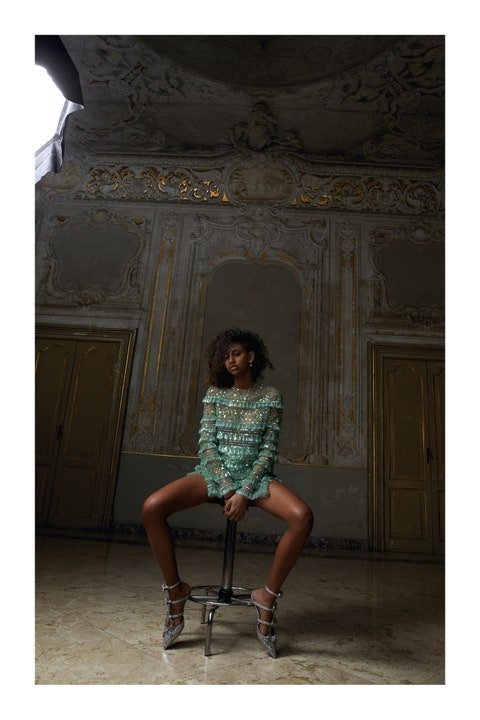