Scandinavian designer Anine Bing has released a limited edition collection in collaboration with legendary photographer Terry O’Neill. Having met in London in 2018, Terry gave Anine a tour of his famous archives before the duo discussed Terry’s life on the road with The Rolling Stones, Elton John and his marriage to actress Faye Dunaway. Influenced by the rock and roll lifestyle, Anine was captivated by Terry’s stories from the 60’s and 70’s and these conversations ultimately lead to a collaboration between these two unlikely friends.

Back in 2012, when ANINE BING first launched, images of Brigitte Bardot would organically frequent Anine’s design board. As a timeless muse, Brigitte Bardot’s spirit has always been at the forefront of the ANINE BING aesthetic. The chosen collaboration print seen across the ‘Ida Tee’ and ‘Ramona sweatshirt’ hangs in Anine’s Los Angeles home and re-

prints have been issued for all 15 ANINE BING stores around the world.

decades. Working with such an iconic piece of art came with a lot of responsibility for the ANINE BING team, to whom it felt natural to take a minimalistic design approach, where the main creative objective was to let the artwork speak for itself.

“I have always been inspired by Terry O’Neill’s work and it has been a dream to collaborate with him on this collection. I am constantly surrounded by Terry’s photographs, I have his infamous prints in my home and his beautiful books on my desk. His style has been a part of our brand’s DNA since the beginning,” s​ ays Anine Bing.

Made up of three timeless and highly wearable pieces that have become synonymous with the ANINE BING brand – an elongated t-shirt dress, a classic grey melange sweatshirt and a core collection tee, the photograph of Brigitte Bardot is the main focus, marrying effortlessly with the fit and quality of three ANINE BING signatures. Each piece is 100% cotton and is screen-printed with a heavy enzyme and stonewash to give a vintage, effortless look.

“It is terrific working with a company who loves and respects photography so much, I’m delighted that my portrait of Brigitte Bardot caught Anine’s eye. She’s an inspiring fashion designer and it’s a thrill to see my work on her clothes,” 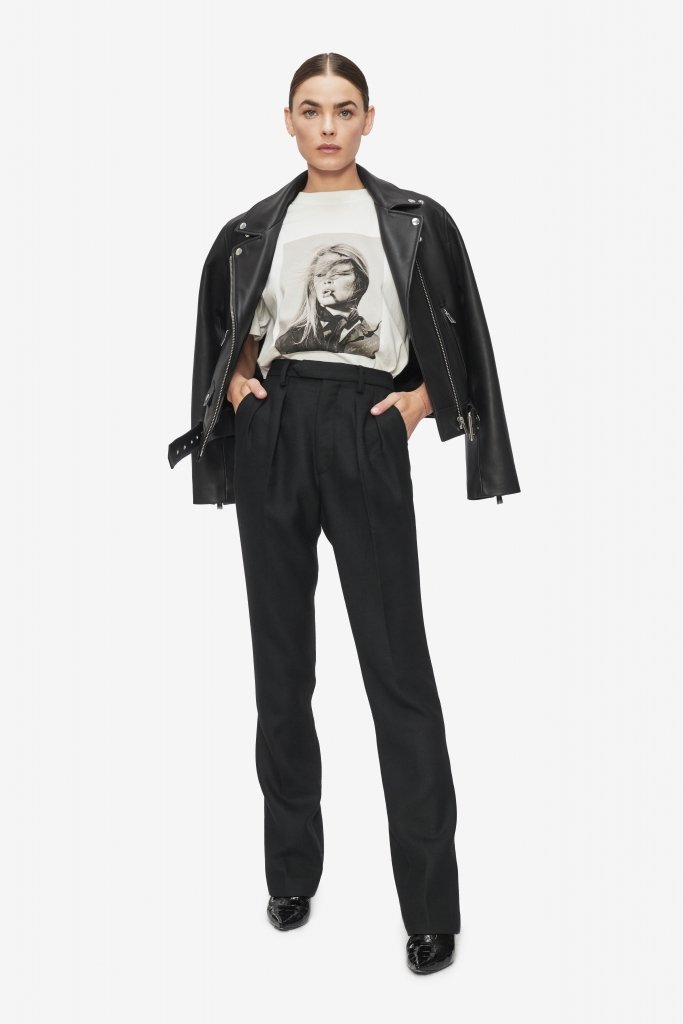