Optimism is a word we’ve heard time and time again this season. With rare exceptions, designers put on their blinders and decided it was their job to help us ignore the sorrows of the world and avoid our despair. Not Balenciaga’s Demna. Rising inequality, the return of fascism, the very real threat of nuclear war. He explained it all on his post-apocalyptic show today, trying, I think, to wake us up.

Behind the scenes, he called the show a companion to last season. When snow melts it turns to mud, and today there was literally tons of mud, piled up on the sides of the stadium space and carved out like bomb craters in the center, staged by the Spanish artist Santiago Sierra. The raw smell of decay, a custom-created scent by frequent Demna collaborator Sissel Tolaas, hit us in the face. 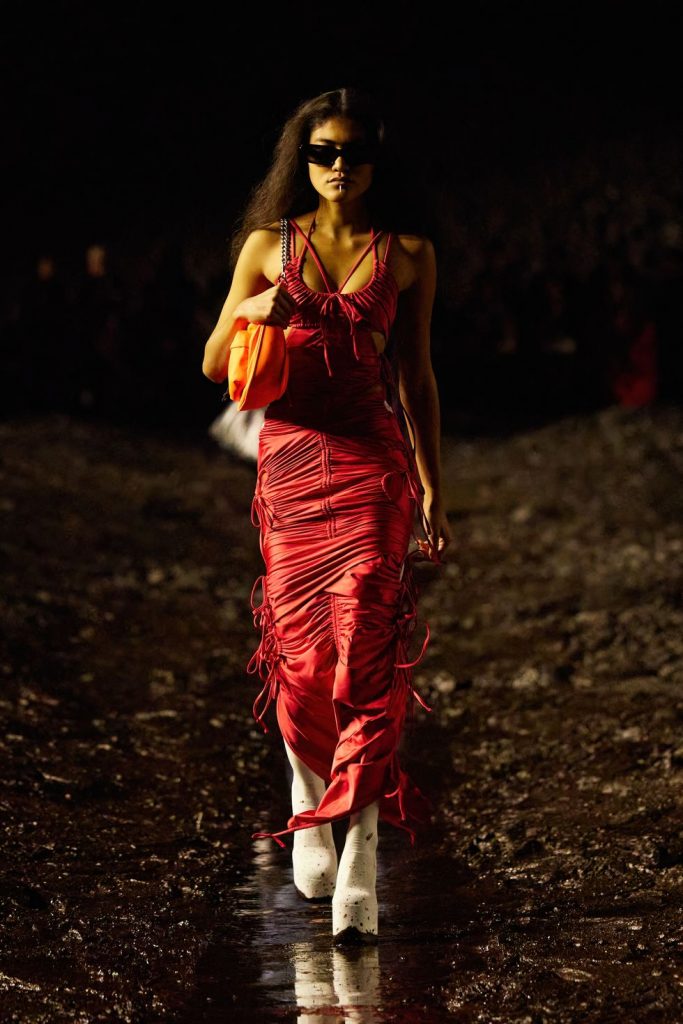 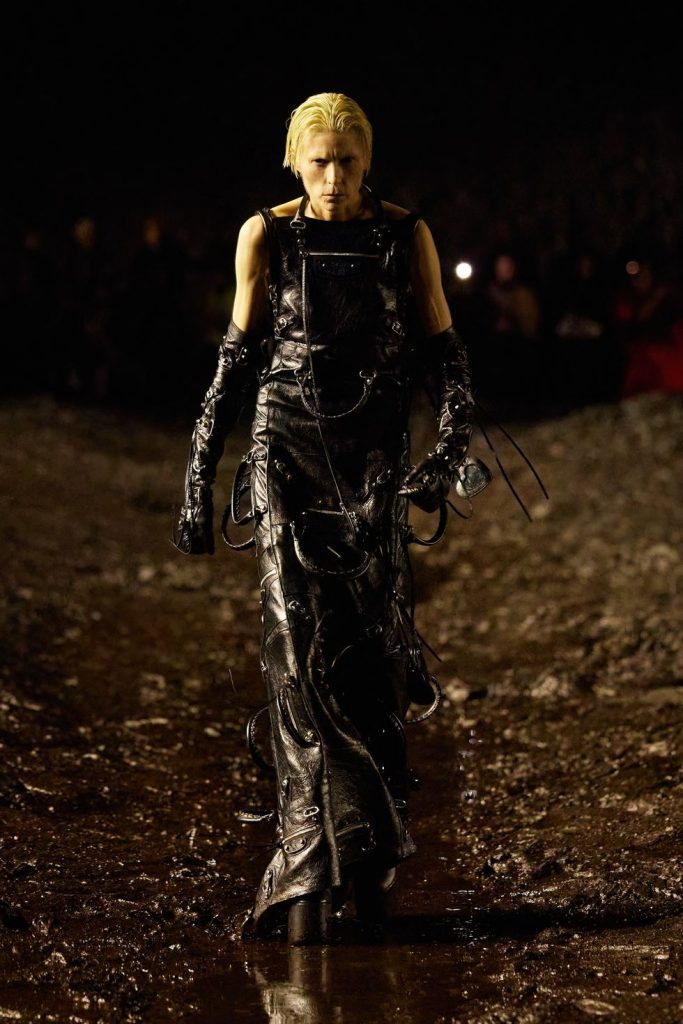 Kanye West opened the show in a tactical jacket and leather pants with reinforced knees, military gear topped with a baseball cap and logo mouth guard. The ragtag gang that followed were rough around the edges, to say the least, their faces battered (from hours in the makeup chair) and their clothes treated to look old and battered too ( requiring “a few more days” to make immaculate luxury, Demnah said). Some carried bags made of stuffed animals that looked like they had been through a war. When the 75 models made their circuit on the wet track, dirt splattering their bare ankles and soaking their hems, the 3D-printed Dutch clogs were no match for the mud.