Finally, menswear takes a cue from the ladies for a change, as Kris Van Assche decided to take Dior Homme back to its origins.

Creative Director Kris Van Assche was inspired by Christian Dior’s defining New Look of 1947 for women, specifically drawing inspiration from the founder’s wasp-waisted jacket of the era known as the Bar.

Suck it in guys! Never thought we would say that? In fact, Van Assche went as far back to the founder’s New Look of 1947 for women, emphasizing the nipped midsection and the demarcation of the horizontal seam that cut into the sides of the men’s jackets. 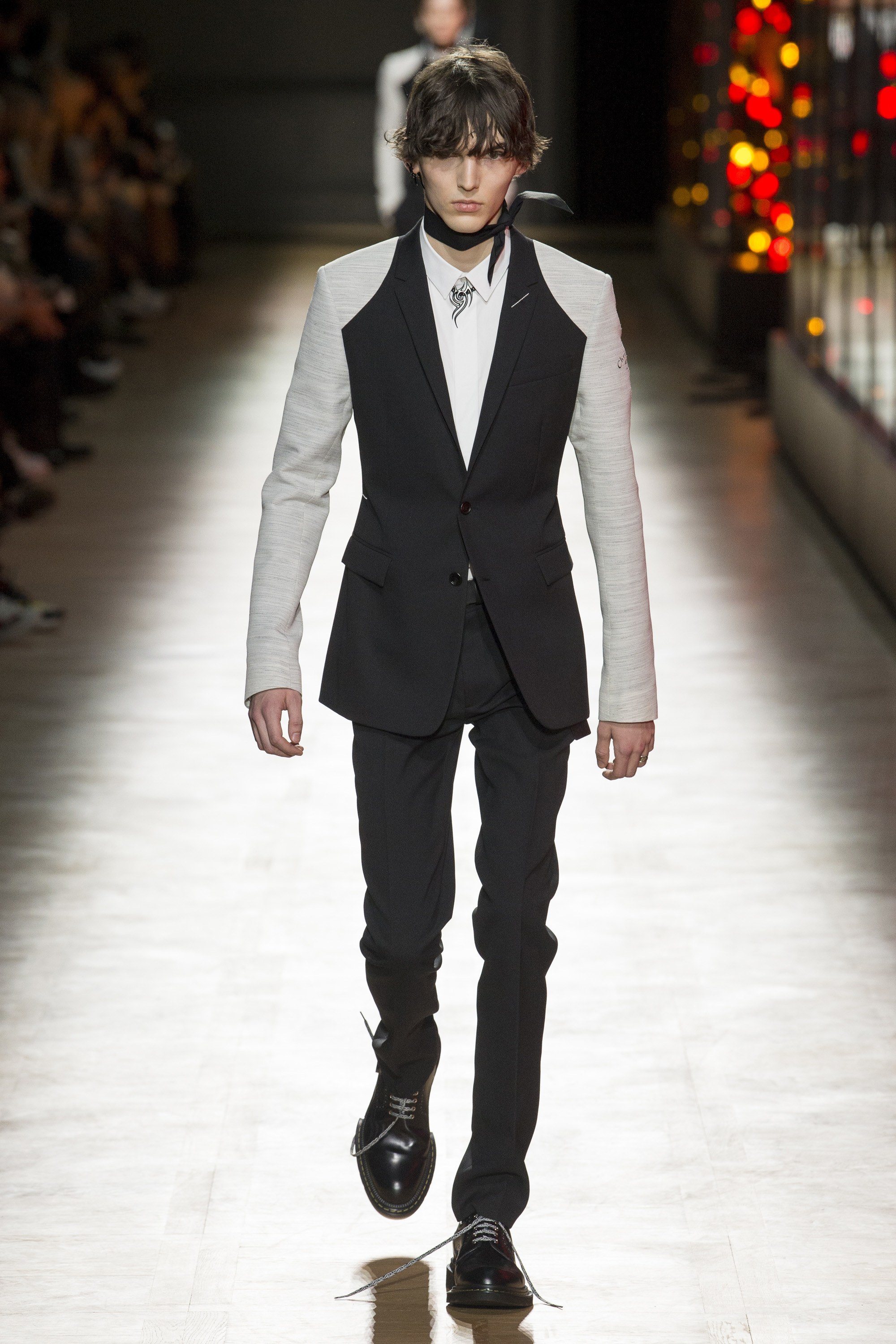 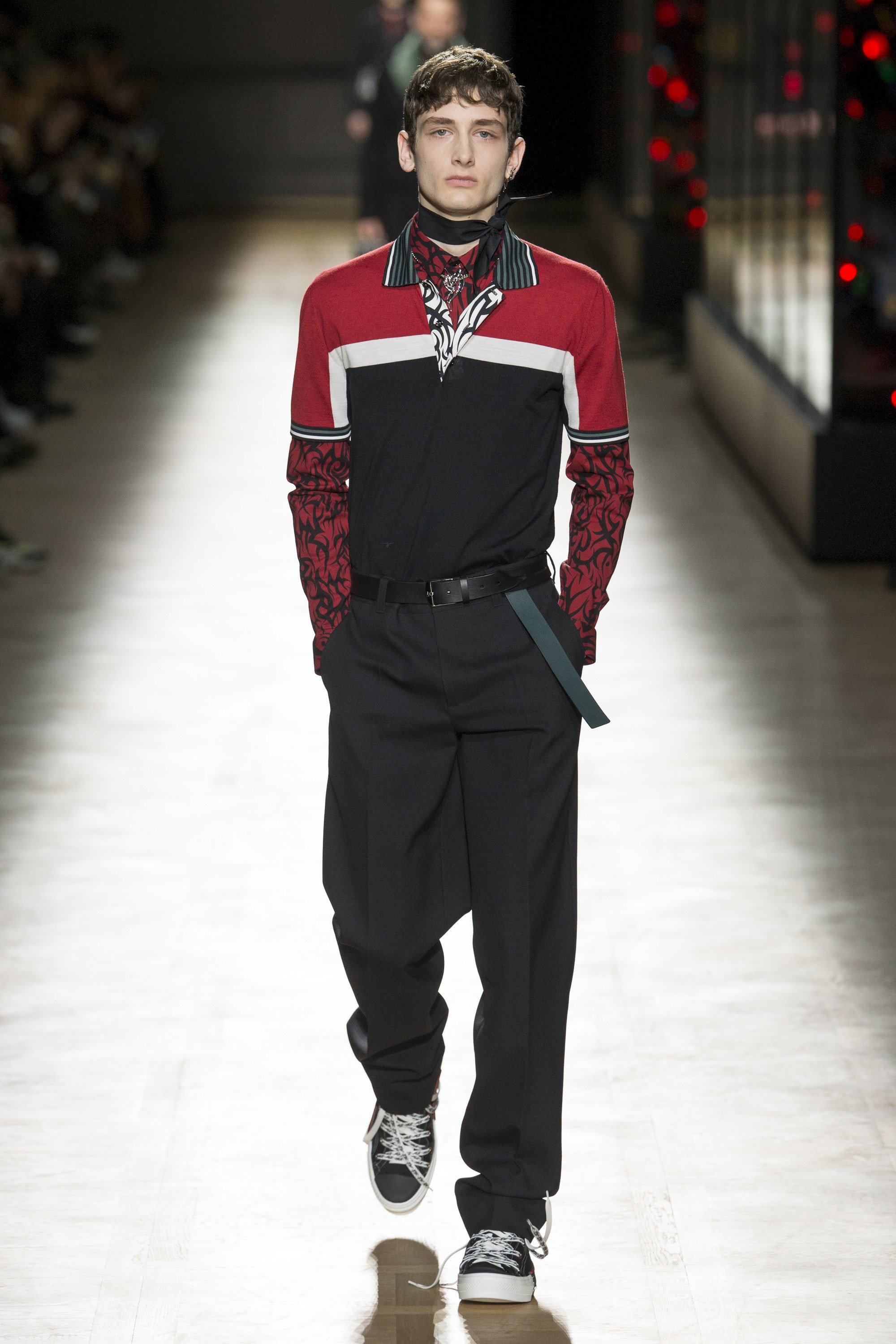 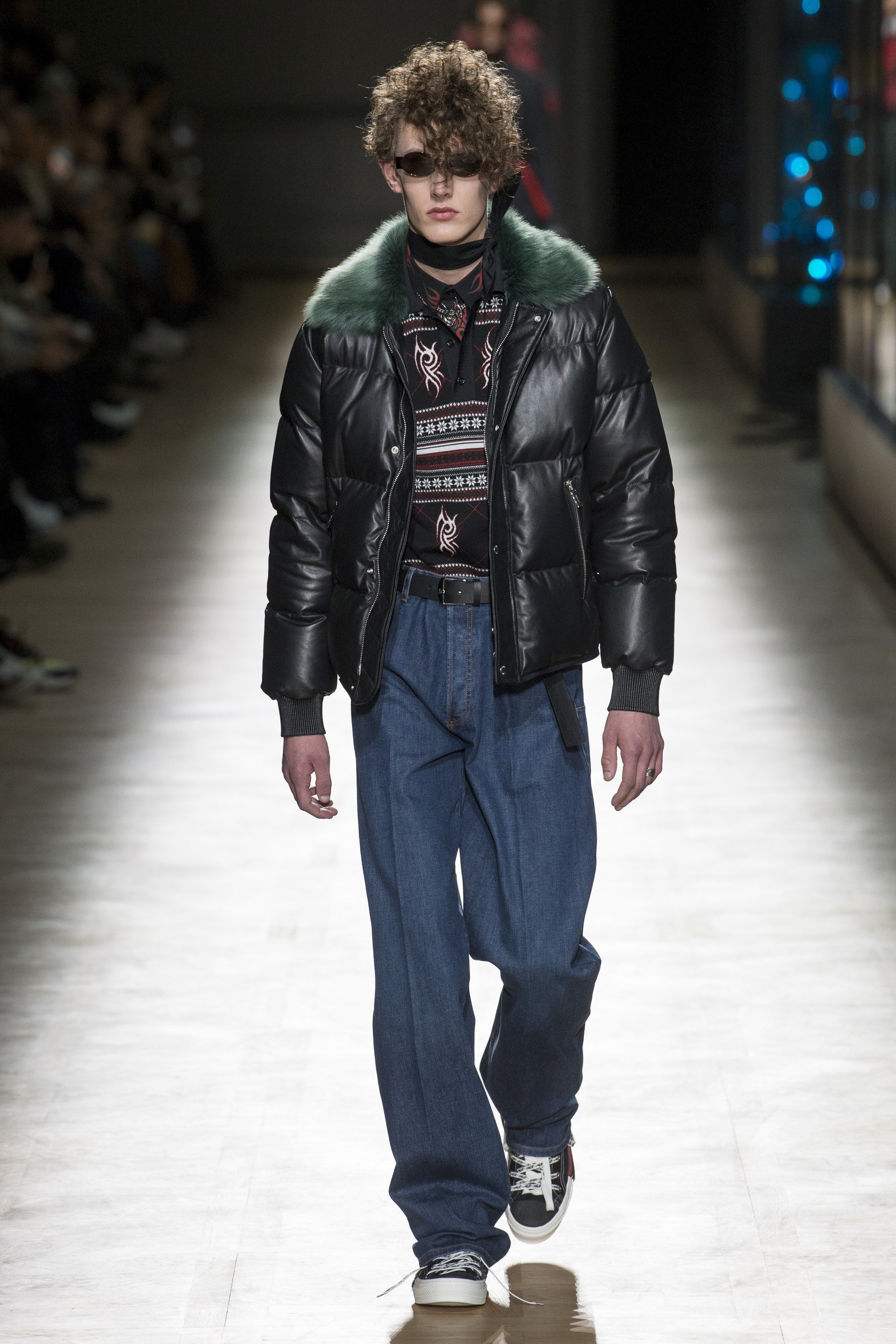 Interestingly, the men looked handsome, not feminine, as the looks subtly drew similarities with military uniforms. The designer, however, said backstage that he was careful to avoid that reference. He was rather intent on highlighting the savoir-faire of Dior’s men’s department and evoking Dior’s iconic New Look.

The slim black suit remains the key look of Dior Homme, and the defined waist simply enhanced the broadness of shoulders and the length of the legs. Van Assche also attached oversized labels to suit sleeves revealing the atelier address on Rue de Marignan. The Dior logo was also given precedence as it was attached to the front and back of some of the garments. 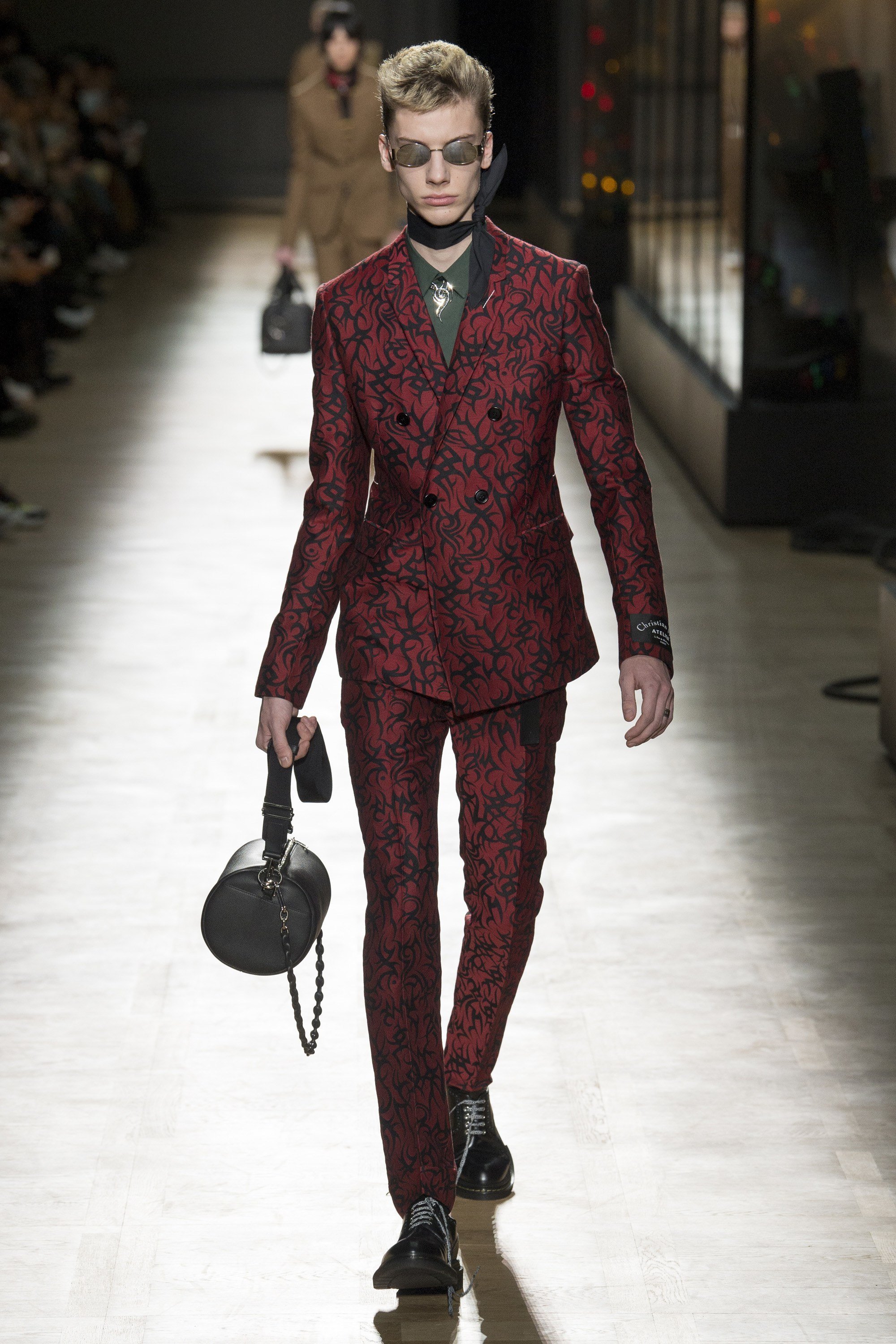 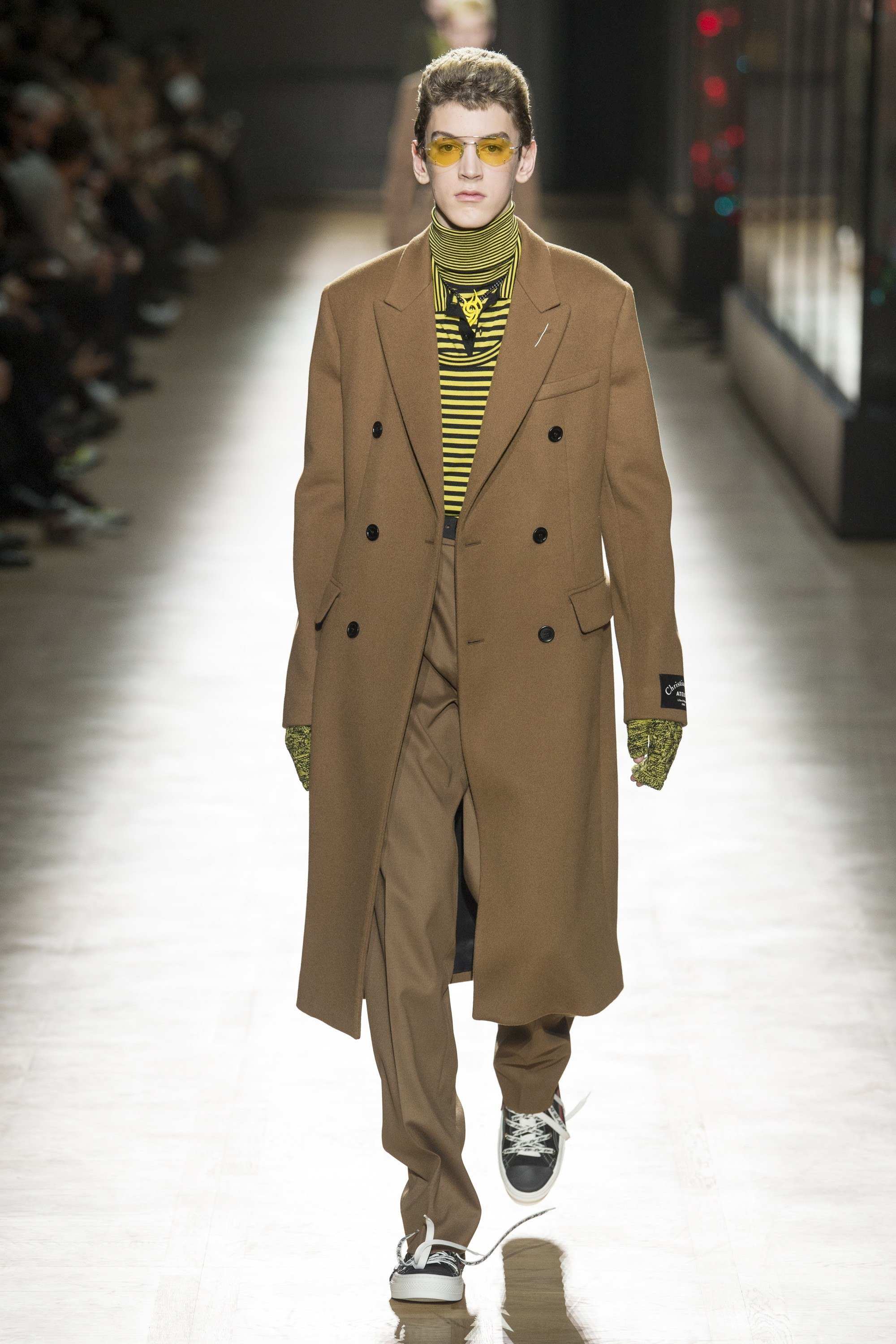 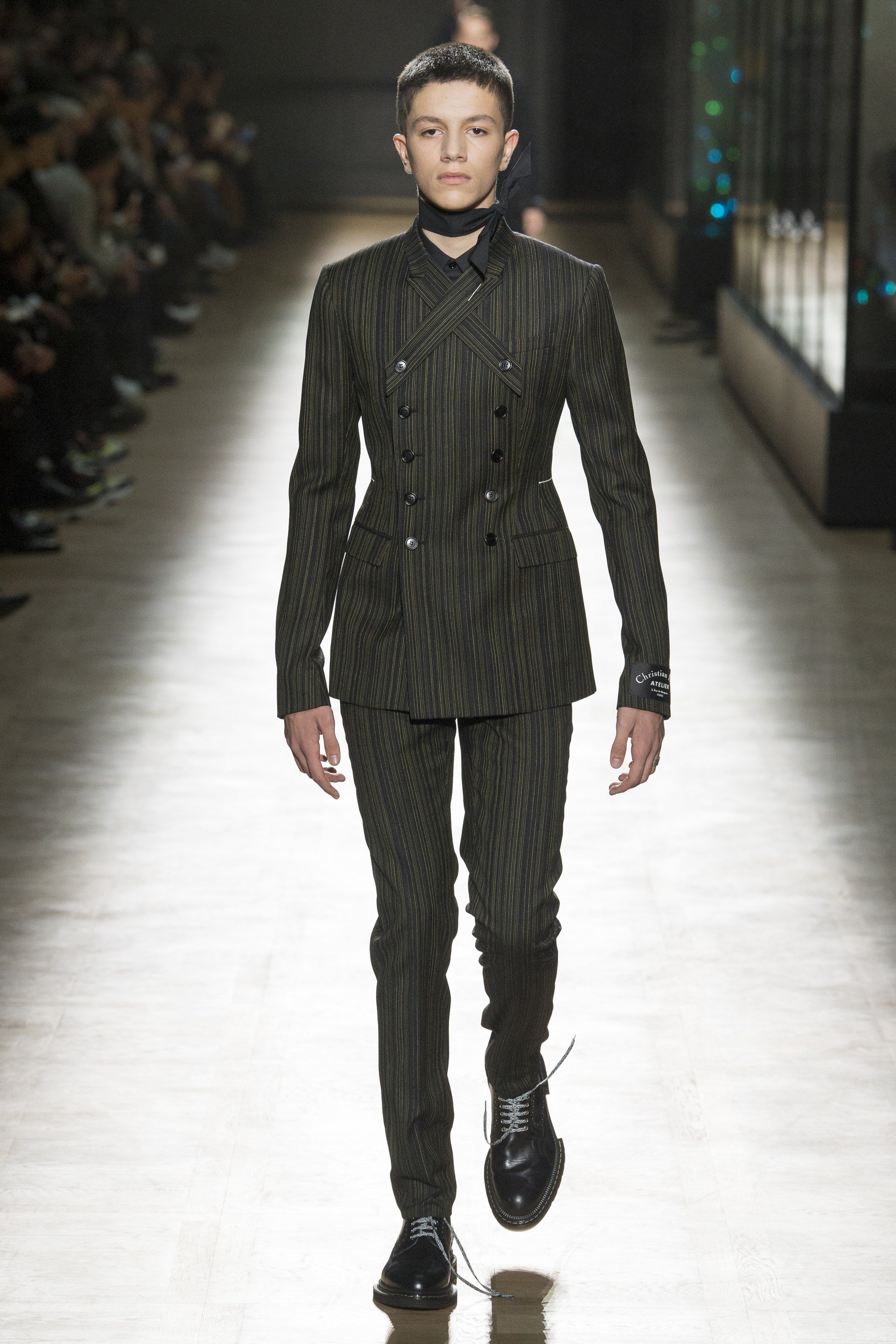 As the show progressed, it became clear that Van Assche also blended various trends together such as wide-legged jeans and Nineties sportswear. He loosened up the signature Dior look through a variety of small but key details, such as by having untied laces on dress shoes and canvas sneakers alike.

Jumping on the Versace bandwagon of bringing back top supermodels from the past, the cast of models at Dior Homme, included male models from the Nineties, Cameron Alborzian, Mark Vanderloo and Arnaud Lemaire. This also showed that Dior Homme is a brand for men of all ages.