Fonteverde – The Best Spa In Europe 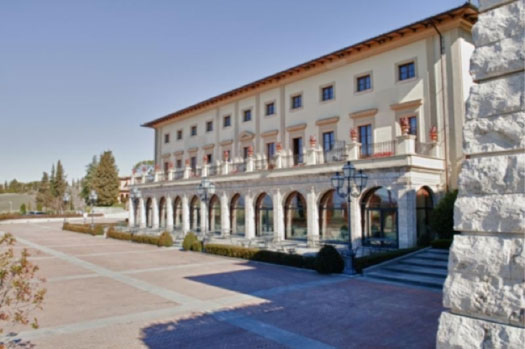 Tuscany is in itself, one of the most magical places in the world. You’ve read articles by our writer and travel blogger Lynn Pederson whose blog http://www.tuscanyatheart.com/ is all about the beauty of this part of the world.

The food, architecture, culture and history in Tuscany can inspire poets and lovers. Another special part about Tuscany are the hot springs, the natural thermal pools rich with minerals. The Ancient Romans, and even Etruscan people built spas around these thermal pools and they have been renown for the health benefits for centuries.

Fonteverde is a modern spa built on property that was once an ancient Roman spa. An infinity pool of warn minerals over looks the Tuscan country side, with its charming medieval villages, vineyards and olive groves. Fonteverde is a 5 star luxury hotel and spa. It’s an exclusive resort with world class food, service and innovative spa techniques from Europe and Asia.

Fonteverde was built in the 17th century by the Grand Duke Ferdinando I de’ Medici amid precious hot springs whose therapeutic properties were known since ancient times. It re-opened as a modern spa 10 years ago and has seven swimming therapeutic pools, a holistic centre and beauty centre.

Fonteverde was voted the best spa in Europe by several international publications including Spa Magazine.

If you’re in Europe, Fonteverde is a must see. http://www.fonteverdespa.com/