Janet Jackson, celebrates her 55th birthday on Sunday. She has decided to honor the occasion by opening up her archives. From now until May 16th, Jackson will be partnering with Beverly Hills auction house Julien’s Auctions on a sale benefiting Compassion International, a non-profit focused on humanitarian aid for children living below the poverty line. Usually, a celebrity sell-off would include one or two pieces that are considered iconic, but Jackson’s lot of more than 3000 items offers an expansive overview of her accomplishments.

Every era of Jackson’s career is accounted for, as well as plenty of pre-fame moments too. Her report cards, textbooks, and childhood toys are all up for grabs alongside gold records, awards, and dozens of personal keepsakes. For fashion fans, though, the biggest get is the deep dive into Jackson’s wardrobe onscreen and off. Like Rhythm Nation? Well, you can buy the embellished black jacket and baseball cap the star wore onstage to perform her classic hit. More of a The Velvet Rope fan? Place a bid for the transparent top and cargo pants Jackson chose for the “Together Again” music video. All your favorite Janet outfits are here: the jeans she danced through the sand in during “Love Will Never Do Without You,” that ab-revealing cropped vest she grooved in while singing “That’s The Way Love Goes”; even the key earrings Jackson made famous in the 80s are available. 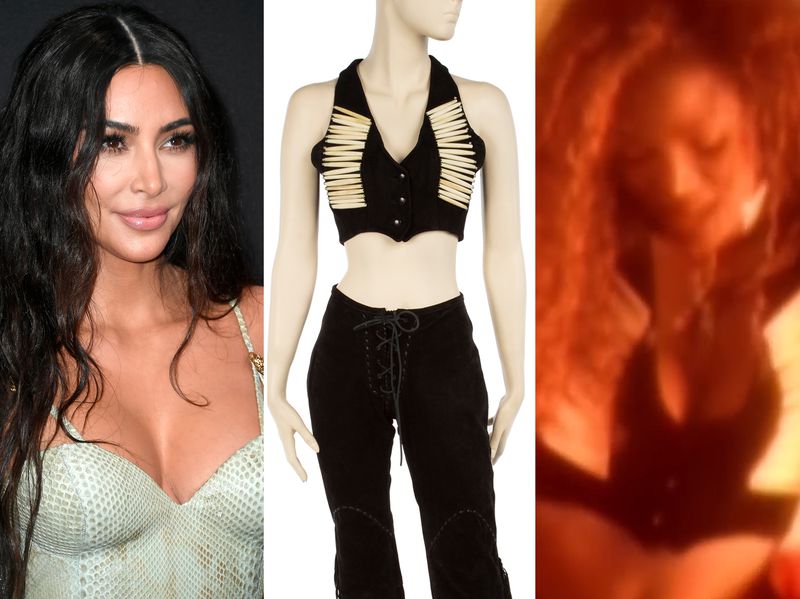 The outfits connected to Jackson’s concerts and music videos are sure to sell quickly—that Rhythm Nation tour jacket has already sold for more than $80,000—but the auction also offers insight into Jackson’s style away from the limelight. The Rick Owens leather jackets, Louis Vuitton trunks, and embroidered Saint Laurent boots within Jackson’s wardrobe are no less impressive than what she wears to major events. There are even a few Met gala looks in the mix.

Kim Kardashian revealed that she’d recently purchased the outfit that Janet Jackson wore in her 1993 “If” music video.

“Happy birthday queen!” Kardashian wrote on Instagram, alongside a clip of Jackson wearing the ensemble. “For @janetjackson’s bday bc I’m such a fan I can’t believe I won this on juliens_auctions.”

On Friday, the Beverly Hills-based Julien’s auction house announced that the outfit — a custom-made cropped suede top with artificial bone detailing and a pair of black lace-up front pants — had sold for $25,000. 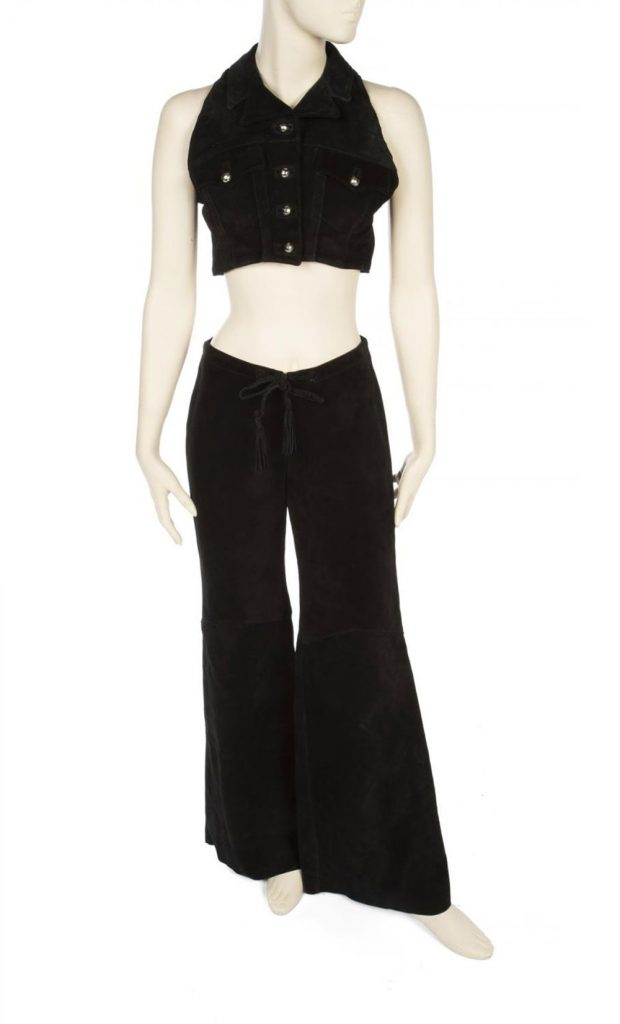 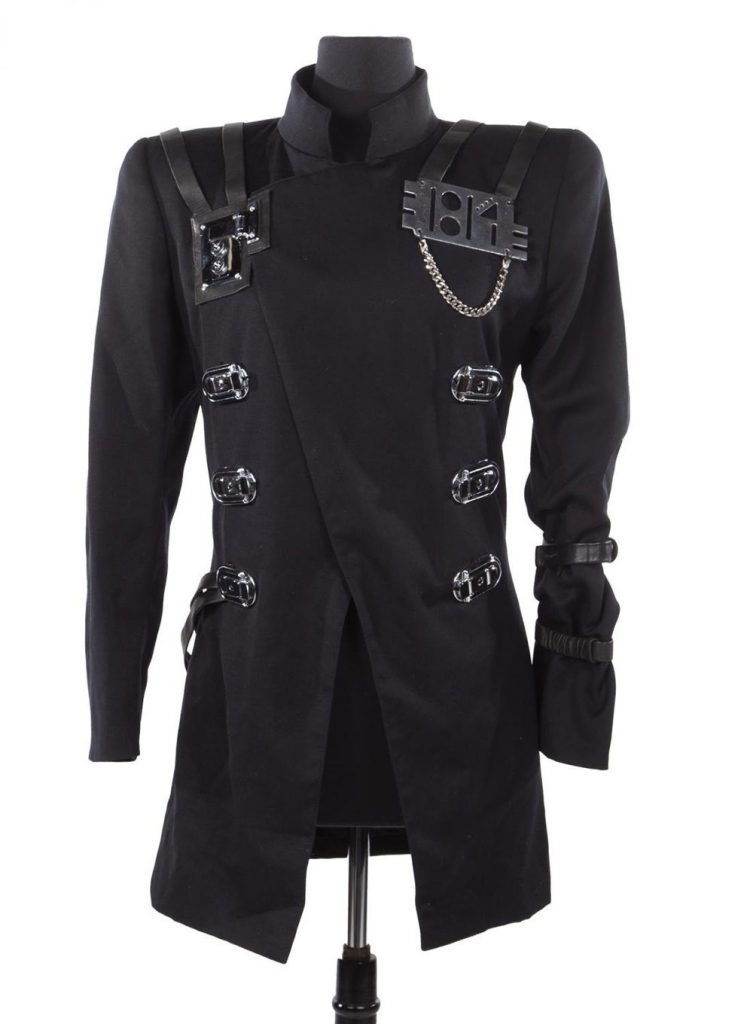 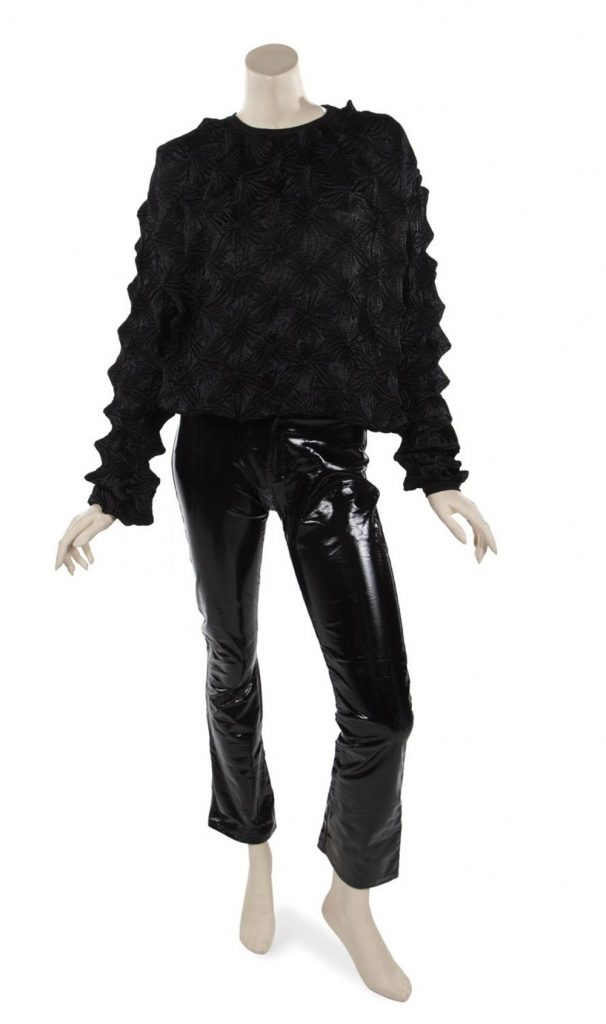