Julia Roberts Is The New Face of Chopard

Now, about four and half decades later, the actress with the iconic smile has become the official face of Chopard’s Happy Sport campaign, which launches Tuesday and unveils two new Happy Sport timepieces, though in many iterations of the designs. 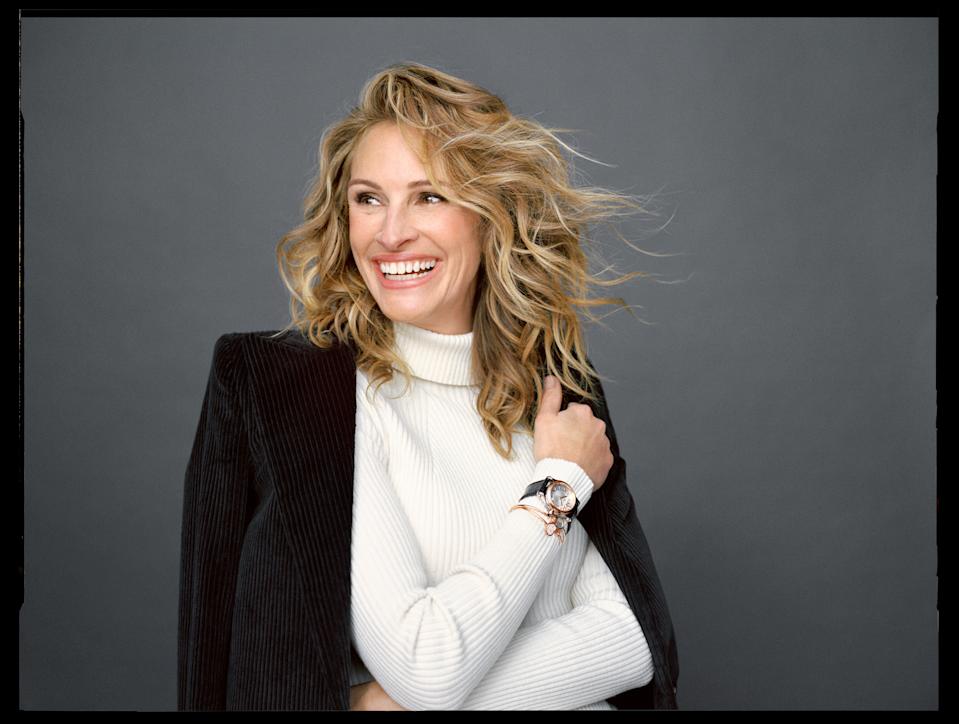 The campaign with Roberts includes billboards, digital, editorial, and she’s in three short videos directed by Xavier Dolan and styled by Elizabeth Stewart. One video takes a behind-the scenes peek at a Chopard shoot with Roberts; another is a Q&A with her, and a third shows the actress blowing kisses and frolicking, as if mimicking the action of the five “dancing” diamonds in the watch cases. Through technology developed by Chopard in 1976, with movement, the diamonds begin whirling around the watch. Checking the time means also contemplating the ever-changing choreography of the diamonds. While the campaign focuses on the Happy Sport watches, Roberts wears other pieces from Chopard’s Happy Diamonds collection, which includes the watches.