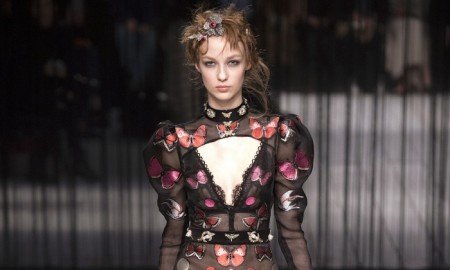 A city with a global identity completely unique to itself, London once again came alive during Fashion Week with Fall 2016 bringing designs that embraced part British nostalgia, part futuristic vision.

Paying tribute to the genius that will forever be Alexander McQueen, designer Sarah Burton brought her collection home to London after 15 years in Paris. The wait was worth it. Her collection was an ode to the female form – she herself far along into her pregnancy with her third child. The designs had a romantic air of haute couture about them. Inspired by dream sequences, butterflies, stars and galaxies adorned a collection of cut-out lace dresses, tailored black coats, knit leather pieces and embellished tulle dresses. It was a cool modern take on the 1920’s flapper girl. 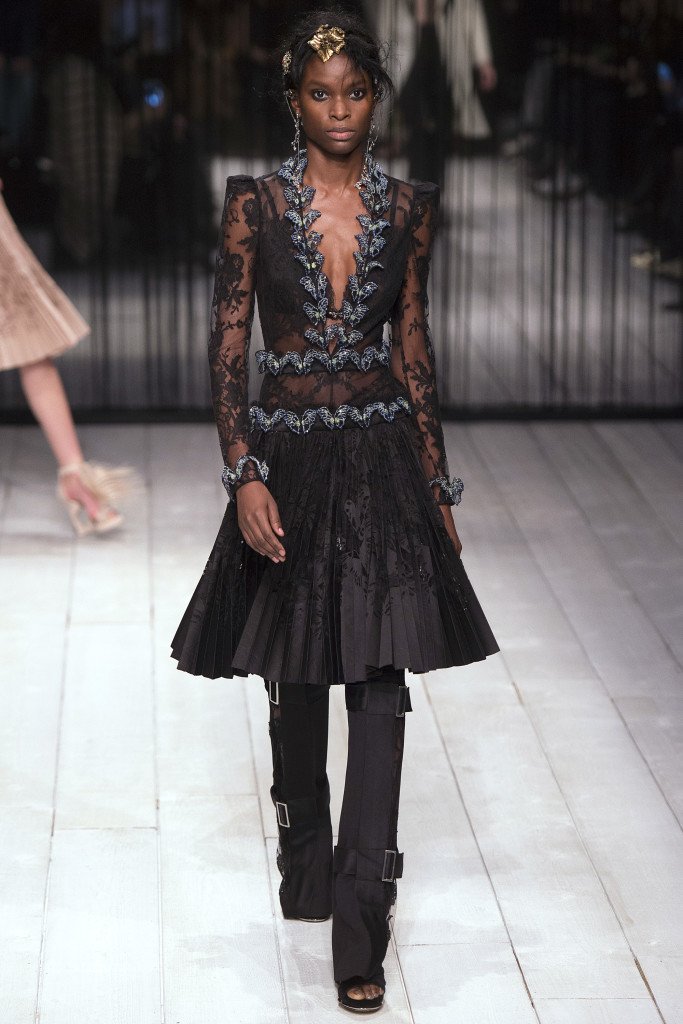 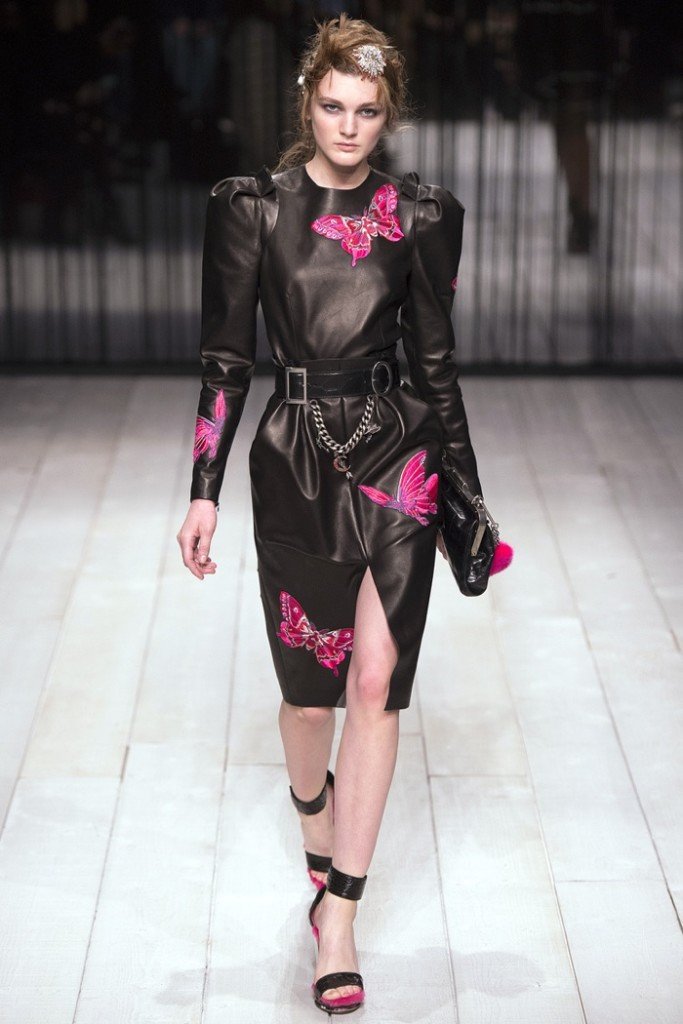 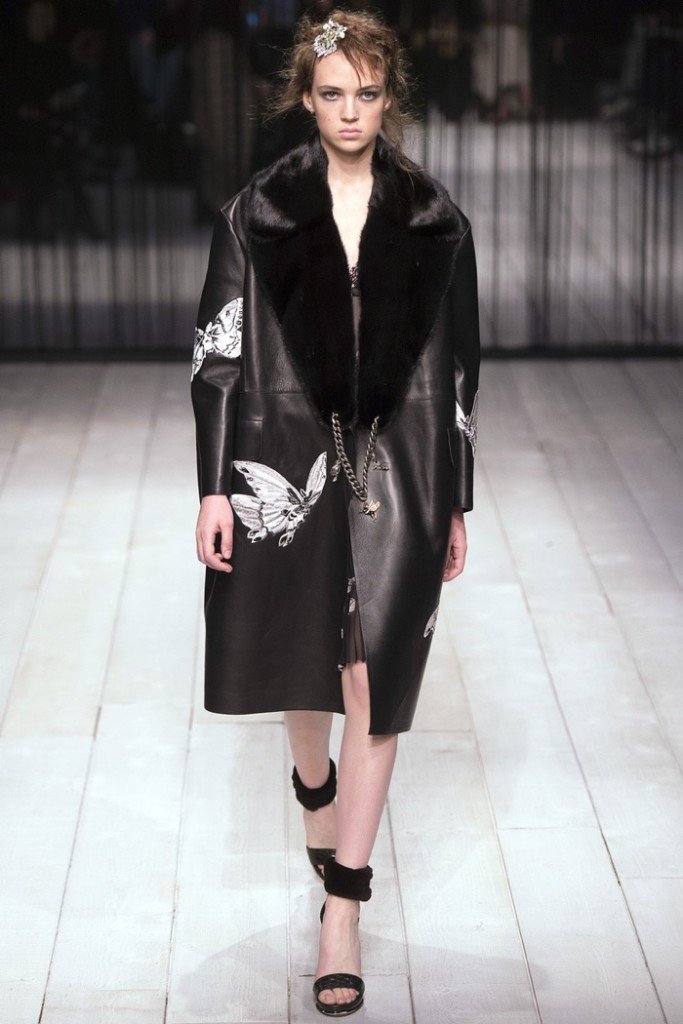 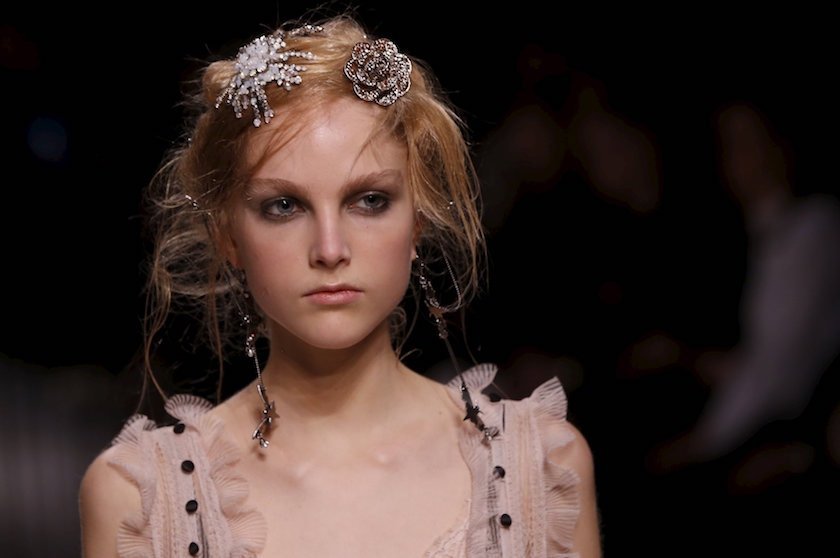 Another brand that is trademarked British is Burberry, where designer Christopher Bailey’s collection infused the army green of Britain’s military past with present-day modern Brit style.

Think the traditional trenchcoat but in cashmere, alongside military-style capes and tunics with a softer, more feminine cut. Yawn, Burberry is so boring now, with their endless lawsuits trying to own the trademark for Scottish plaid, which has been around for centuries. It’s like trying to trademark bluejeans. Question, will Burberry ever get tired of trying to reinvent the trench coat? Blah! 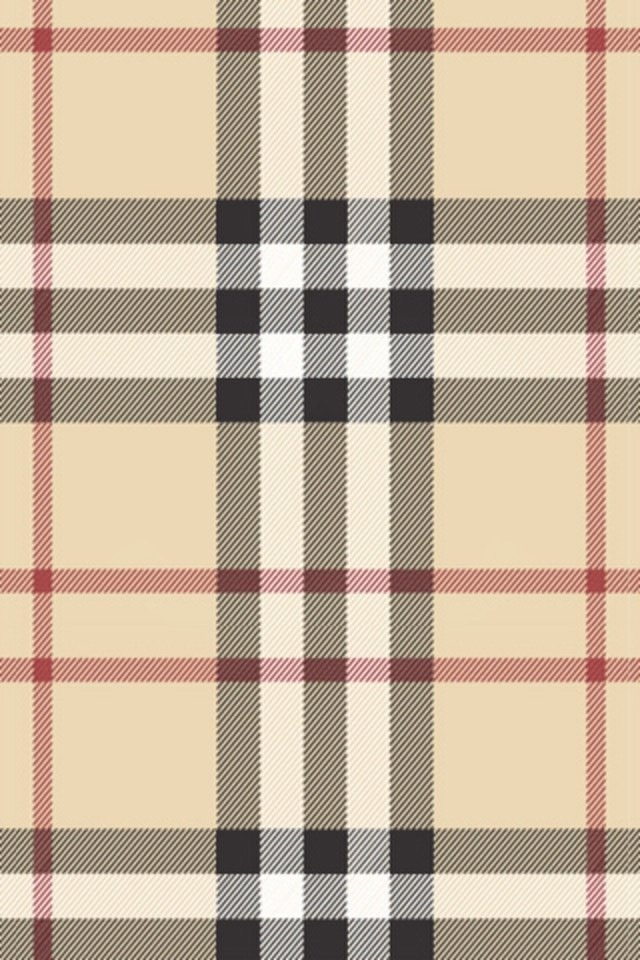 It was a chilly affair at Peter Pilotto as the design team of Pilotto and Christopher de Vos presented their Fall 2016 range. The stage took on a metallic, futuristic effect, the ideal backdrop for a collection of designs in high shine, shimmering fabrics. Sheer, floaty pieces in silvers, blues and greys made for an otherworldly showing. Also going for a space-inspired theme was Anya Hindmarch, whose quirky sense of humour was again on display in her collection of coats and handbags. Think Pacman motifs, Space Invaders and pixelated throwbacks to old video games. 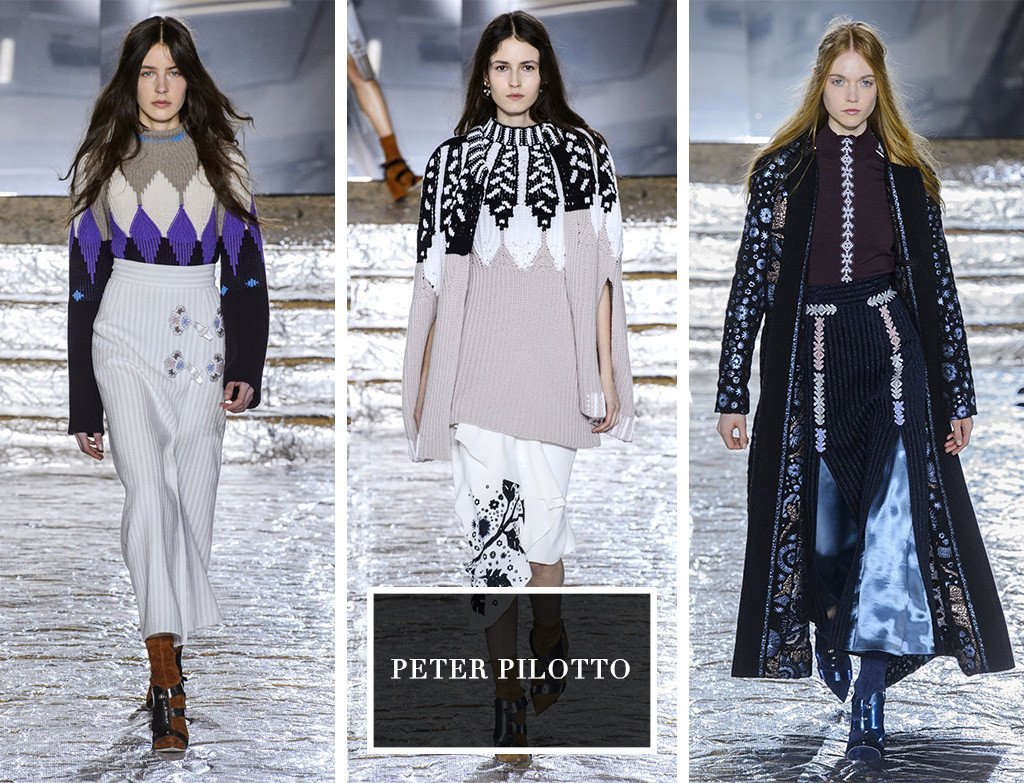 No fashion week would be complete without the customary after parties. Supermodel Natalia Vodianova upped the ante and used her party prowess for a good cause. In aid of her Naked Heart Foundation, the Russian beauty hosted the party of the week – a Carnival/Wheel of Fortune styled bash. The event raised over £600,000, with giveaways of Louis Vuitton bags and Repossi rings throughout the night.

Natalia Vodianova and friends at her Naked Heart Foundation Gala 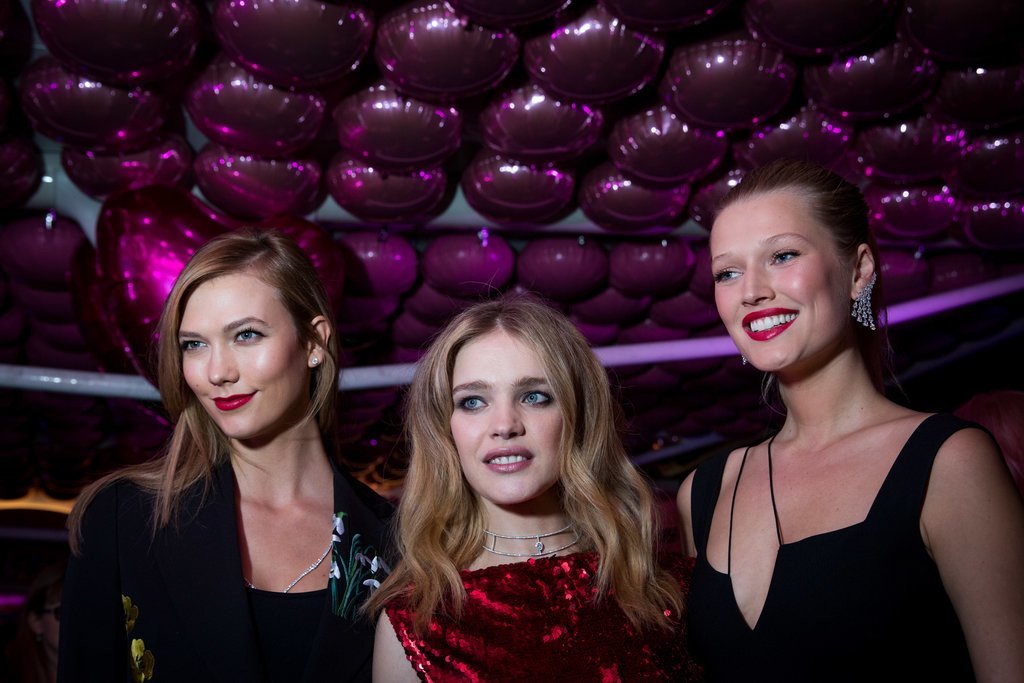