Marc Jacobs International wants to put an end to Nirvana’s copyright infringement law suit, arguing the band doesn’t have legal rights to the image at the center of the case.

“It is ironic how much trouble a smile can cause,” lawyers for Marc Jacobs told a California federal court on Monday. The designer’s legal team is pushing for a summary judgment in its favor, meaning a decision by the court before the case goes to trial.

Their argument largely rests on the claim that the smiley face at issue — with Xs for eyes and a crooked smile with a tongue sticking out, long seen on Nirvana T-shirts and merch — was never properly registered as a copyright of the group. Such errors in its copyright allegedly left it open for Marc Jacobs to use, with minor changes, on a T-shirt, sweater and socks.

But the other big part of Marc Jacobs’ argument is that Kurt Cobain, the late lead singer of Nirvana, did not design the logo as the copyright for the logo purportedly claims. 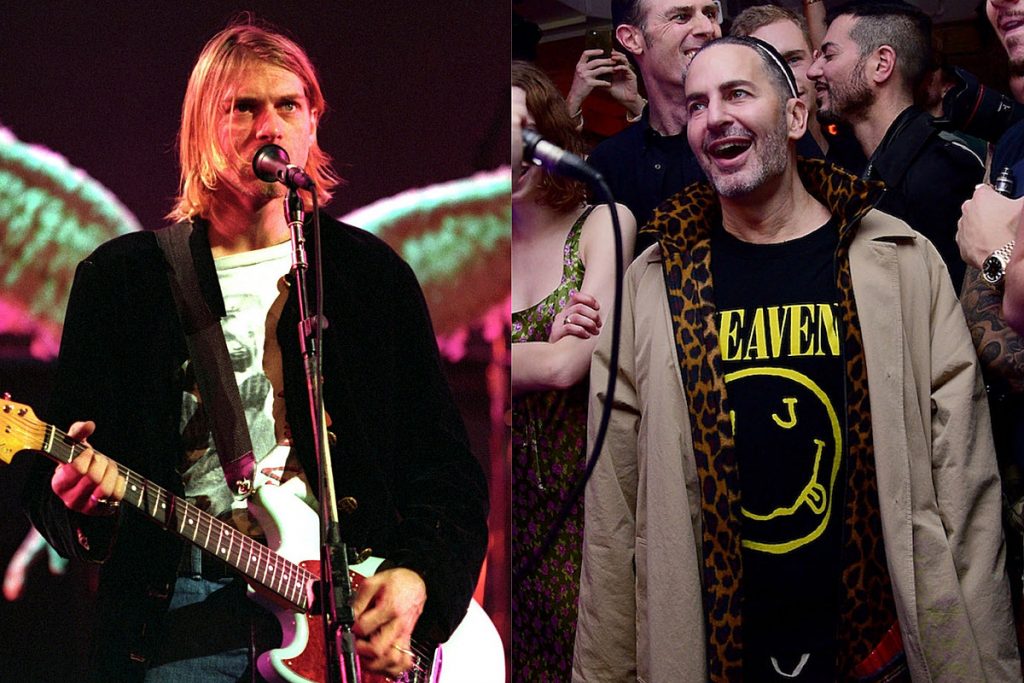 “The creator of the registered T-shirt design is art director Mr. Robert Fisher, who was not an employee of Nirvana Inc., the copyright claimant listed on the registration, and who has sworn that he did not transfer his rights to anyone,” lawyers wrote. “There is no written or oral agreement that says otherwise.”

Fisher is a graphic artist who worked for Geffen Records, Nirvana’s music label, according to Marc Jacobs. Fisher submitted testimony of his creation, including “documents evidencing the fruits of his labors on this project, including what he calls the original Xerox blow-up of the disputed smiley.”

Marc Jacobs’ team went on to argue that the designer’s version of the smiley face is not similar enough to the Nirvana logo anyway, as the eyes had been changed to an “M” and a “J,” although the rest of the face appears identical to Nirvana’s. It also claimed that “the disputed smiley is not protectable because it is a ubiquitous symbol that consumers do not associate it with plaintiff or a single anonymous source.”

“[Marc Jacobs] uses the disputed smiley as mere ornamentation, and the designation has no inherent or acquired distinctiveness,” lawyers claimed. “Even if the disputed smiley was protectable, there is no evidence of confusion, so there can be no finding of infringement.”

Lawyers asked the court to rule in its favor on all of Nirvana’s claims and in the designer’s countersuit, seeking an invalidation of the band’s current copyright.

Lawyers for Nirvana could not be reached for comment.

Nirvana sued Marc Jacobs in December 2018, claiming the band owned the smiley face logo through copyright. It claimed Cobain created the logo sometime around 1991, and that Nirvana has used it since then on licensed apparel including T-shirts, bags and hoodies. 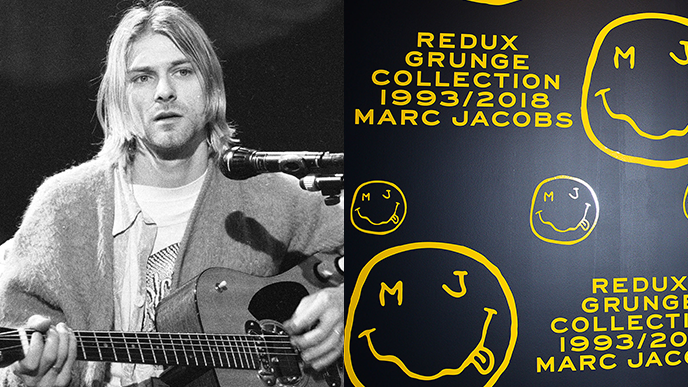 But Marc Jacobs’ legal team started poking holes in the ownership claim last year, saying that founding Nirvana drummer Dave Grohl testified “that he did not know who created the X-Eye Smiley Face.” Another founding member, Krist Novoselic, said the same, purportedly adding, “this image had been around.…It didn’t seem like a new idea.”

Nonetheless, Marc Jacobs acknowledged in a court filing at the time that the doodle was indeed “inspired by vintage Nirvana concert T-shirts from the 1990s — the era of ‘grunge’ fashion.”