RogerThat is a Florida-based fashion artist, rapper and a designer all in one that represents the blended visuals of art and illusion within his work. He has global recognition due to his advocacy on non-conformity as the essence of individuality, seeing individual expression as an odyssey free of gender, limits, judgement and conditioning. He also centers his vision and style on the theme of gender neutrality, proposing it as a new universal vision. Thus, elaborating these ideas through the media or architecture, paintings, photography, video and costumes. Through his own display of creativity, he is sketching a newer and freer ways to live by creating a sense of innocence and curiosity.

His self-modeled outfits became well known during the Miami Art Basel scene for their flashy colors, intricate designs, platform shoes and unique sunglasses, which has made many celebrity sources describe him as a “Fashion Icon of Miami”. As of now RogerThat curates and performs with Susanne Bartsch, a New York City fashion event producer, and co-owner of FashionArt magazine, creative director of multiple startups and board member of Hours Art Collective. By invoking a sense of thought with every visual, RogerThat is a timeless, anti-conformist, fashion rebel. 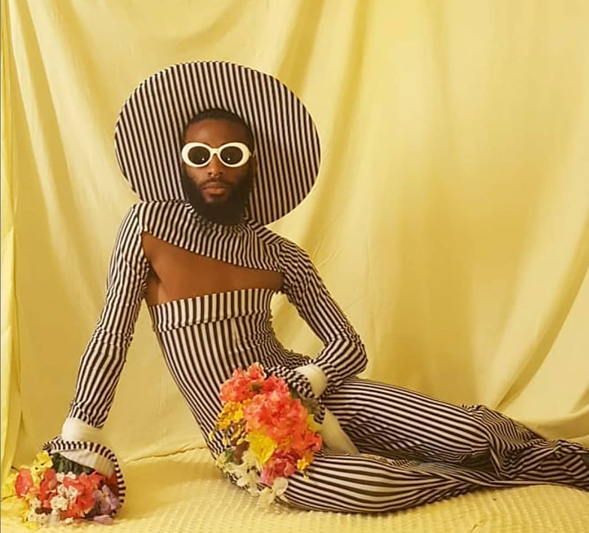