Zendaya has been named the 2021 recipient of the Council of Fashion Designers of America Fashion Icon Award.

The actress will be recognized by the organization on November 10 during its first in-person ceremony since 2019. She will be receiving this honor after many other notable names such as Rihanna, Beyoncé, and Prince. At only 25-years-old, Zendaya will be the youngest person ever to receive the esteemed award.

On Tuesday, The Council of Fashion Designers of America (CFDA) announced that the “Dune” star’s various iconic red carpet looks as well as her entrepreneurship within the industry inspired it to recognize her with the 2021 Fashion Icon award.

“Zendaya’s journey to Fashion Icon superstar happened at supersonic speed. Time and again, she has proven that she is unafraid to take risks – from betting on newer talents like Peter Do to working with established houses like Valentino and, as was the case at last night’s London premiere of Dune, Rick Owens,” the CFDA’s said in a statement. “She has given fans and fashion followers worldwide a seemingly countless number of glamourous red carpet looks to remember.” 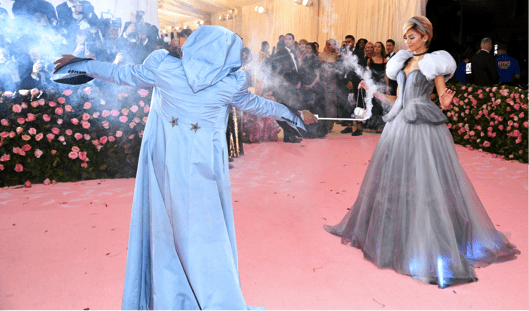 Zendaya has made headlines with nearly every red carpet appearance in her career, so many fans feel this honor is deserved and, if anything, overdue. The actress’ long-time stylist, Law Roach, said in a recent interview: “We like to create aspirational looks that people will talk about for a while… We have such a relationship that there’s no fear when it comes to fashion. There’s nothing she won’t try. She’s fearless, she has this really beautiful talent of going on the carpet and evoking whatever story we created in the background.”

Some other notable awards that will be given out on November 10 include the Environmental Sustainability Award to Patagonia, the Media Award to Nina Garcia, and the Geoffrey Benne Lifetime Achievement Award to Dapper Dan, among others.