Advertisements
At Planet Fashion we are always telling you what’s going to be hot before it’s hot. Way back in 2018 we told you about the interesting new men’s wear line Casablanca https://www.planetfashiontv.com/casablanca-menswear-by-charaf-tajer/ .
Then again last summer we kept up with their evolution.
https://www.planetfashiontv.com/how-hawaii-inspired-casablancas-spring-summer-2021-collection/

The brand’s 36 year old designer Charaf Tajer is well known in Parisian social scenes, although his Casablanca line is based in London. He is a partner in the Paris-based creative collective Pain O Chokolat, he co-founded the clothing label Pigalle and launched some of the city’s hottest night clubs, including Le Pompon. He debuted his Casablanca label in 2018.

Recently Donatella Versace reached out to Tajer to discuss the possibility of him designing men’s wear for Versace.

“It was a pleasure to meet her,” Tajer says,  “If one day I go to a house like this, what is important to me is to feel free. One of my dreams is to design for one of those houses, just for the symbolism of it, but we’ll see.”

In the meantime, the serial entrepreneur has big plans for his own brand, which was one of the shared winners of the LVMH Prize for Young Designers last year, and is one of six finalists contending for the 2021 International Woolmark Prize.

After launching a women’s capsule with Net-a-porter last August, Casablanca will present its first full coed collection on Jan. 23 during Paris Men’s Fashion Week, as well as teasing the next installment of the trendy Casablanca sneaker collaboration with New Balance.

Tajer’s dream is for Casablanca to be a well known French luxury brand.

Tajer was born in France, but his parents met working in a tailoring workshop in Casablanca, Morocco which inspired the label’s name. “Coming from immigrant parents, I fell in love with the French culture,” he says.

He would accompany his mother as she cleaned homes in the tony neighborhoods of Paris, absorbing the codes of the French wealthy along the way. As a result, the Casablanca mancan be cavalier and gender bending in ways wearing silk scarves and strings of pearls. The brand’s signature look is a retro-style, terry-cloth tracksuit. It’s a quirky funky streetwear meets disco vibe. They are attracting a young, diverse, Gen Z, hipster crowd. 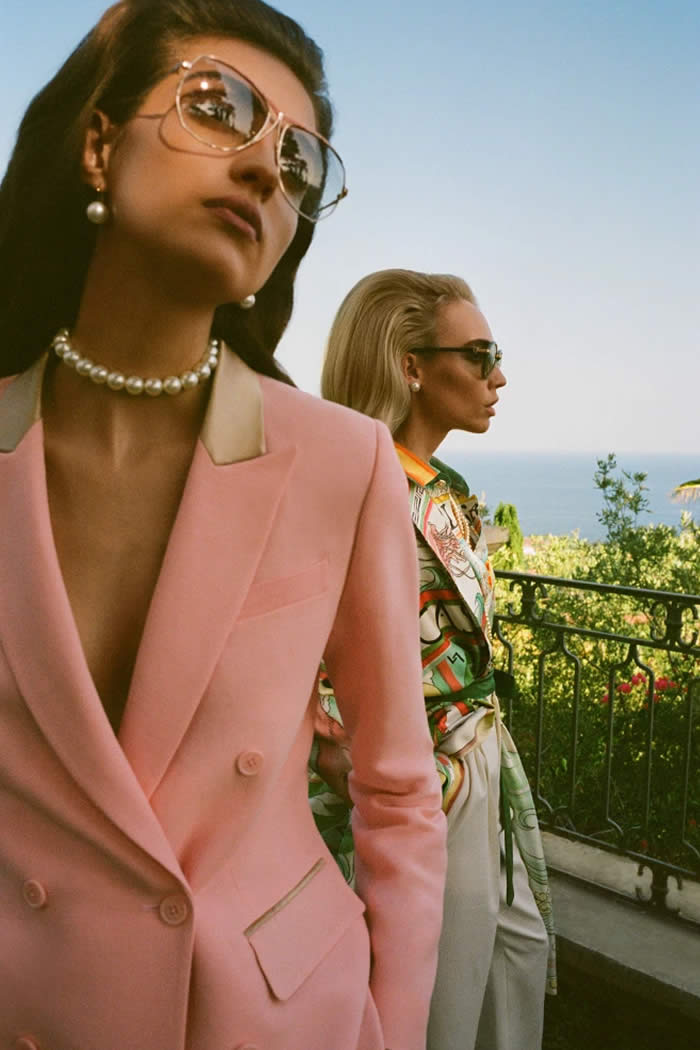 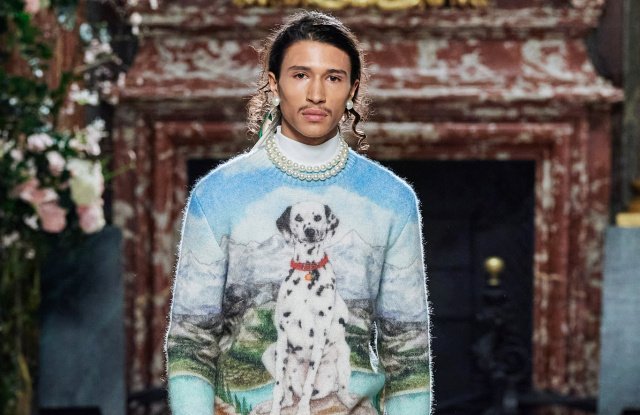 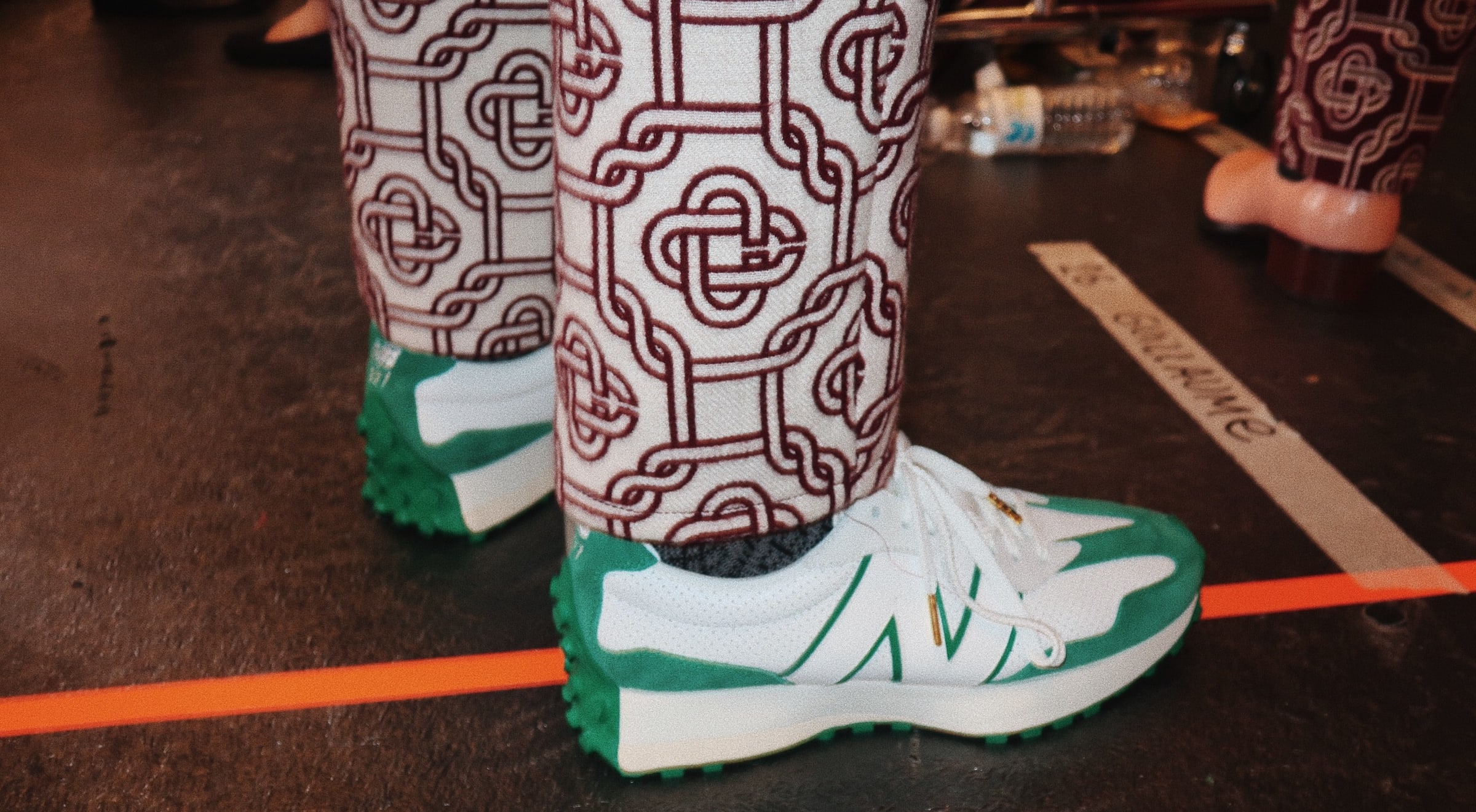 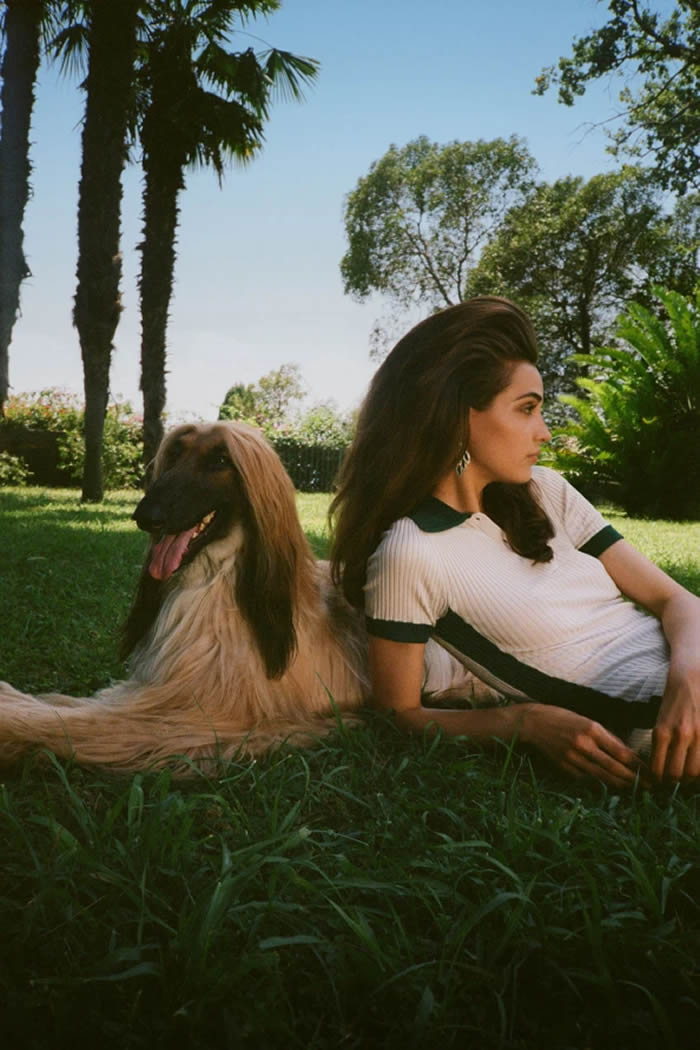 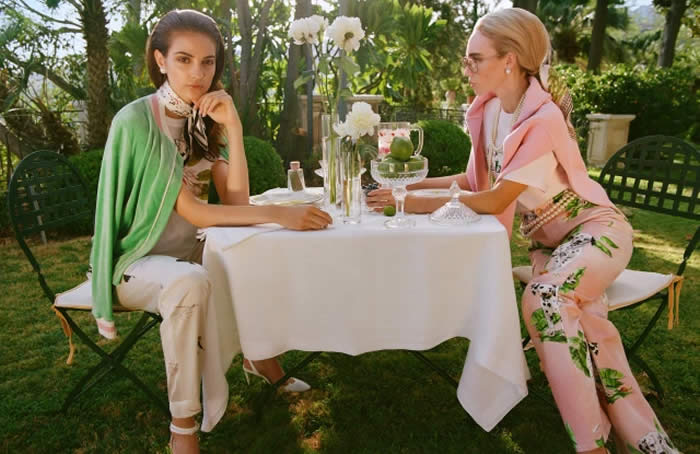 Capitalizing on his network of entertainment connections, Tajer has tapped rappers Gunna and Swae Lee to walk in his shows. Meanwhile, his flamboyant silk shirts have been adopted by celebrities including J Balvin, Travis Scott, Gigi Hadid and Hailey Bieber. He wanted to capitalize on the fact that women started wearing some of Casablanca menswear.

“We have a lot of women wearing the men’s line already so for me, it’s a continuation,” says Tajer, who hopes to expand into other categories like home wares. “I would love to, because for me, it’s a lifestyle that’s not exactly represented in other brands.”

Likewise, he would like to capitalize on the success of his collaboration with New Balance on the 327 sneaker, which sold out in less than a minute when it was initially launched last April. According to fashion search platform Lyst, the second drop in November sparked a 233 percent rise in searches.

From its first presentation, staged in his mother’s apartment, the brand has been carried by leading retailers. Today it is present in almost 150 points of sale worldwide, including Harrods, Galeries Lafayette, Maxfield, The Webster, Tsum, Isetan, United Arrows & Sons, and Lane Crawford and I.T in China.

Tajer hopes his upbeat vision resonates with a wide audience. Baseball caps sell for 95 euros, silk shirts for around 650 euros, while tailored jackets can go for up to 2,500 euros — though most are priced under 1,000 euros.

It is also very inspirational that interestingly, Tajer has Aspergers. He is high functioning on the Autistic Spectrum.  “I’m an Asperger, so I can tell you, what you can do with your brain is quite unique. It’s quite special to use your brain to focus but also to dream. It’s a fantastic tool,” he said, crediting the syndrome for making him perceive things in a heightened way. “I am a hypersensitive person as well, so the mix is interesting.”

We can expect big things in the future from Casablanca!