When she began thinking about Chanel’s fall 2021 haute couture, Virginie Viard was struck by a series of photographs of the arch modernist Gabrielle “Coco” Chanel dressed in throwback 19th-century bustles and crinolines for some of the society costume balls that were all the rage in the 1930s. In that menacing era, these parties might have been a form of escapism, but as we now look to a post-pandemic future, and as Paris couture week unfurls in a flurry of dinners and in-person gatherings, Viard’s gentle romanticism suggests optimism instead.

In a preview in the Chanel studio on the Rue Cambon, Viard also spoke of two women artists, the acclaimed Impressionist Berthe Morisot, sister-in-law of Manet, and the Cubist Marie Laurencin, a key figure in the cultural landscape of Jazz Age Paris, whose delicately colored works include a portrait of the young Coco Chanel herself. In the haute couture, God is in the details—even the exquisite buttons mimic artist’s palettes or Monet nympheas, crafted from mosaics of tiny colored rhinestones, while feathered blossoms bloom under the stiff brims of Maison Michel felt hats. 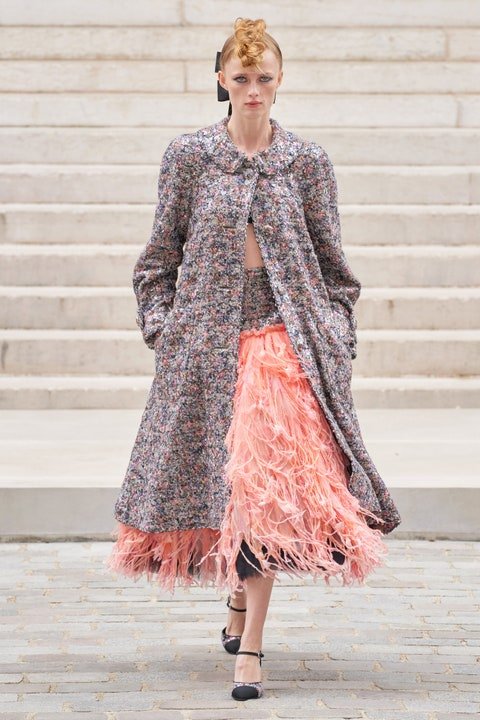 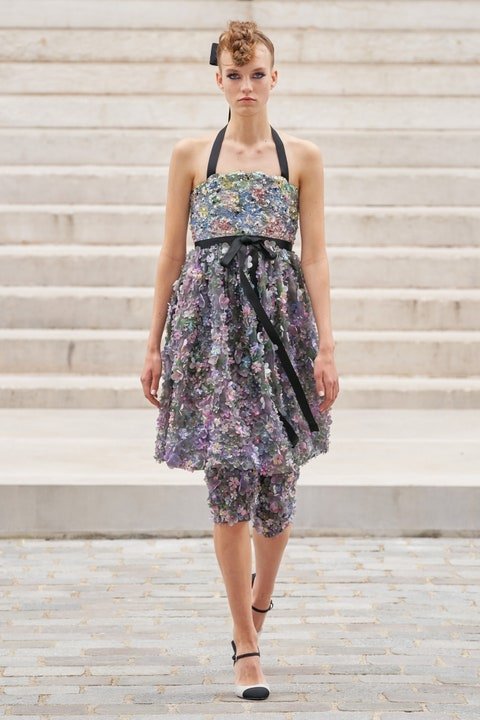 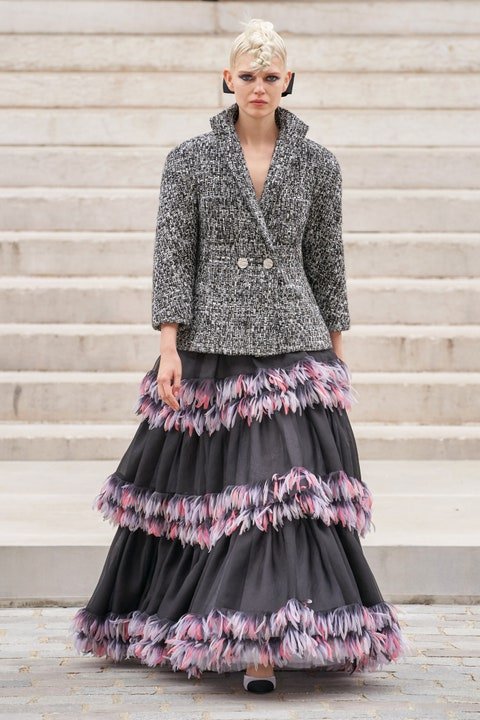 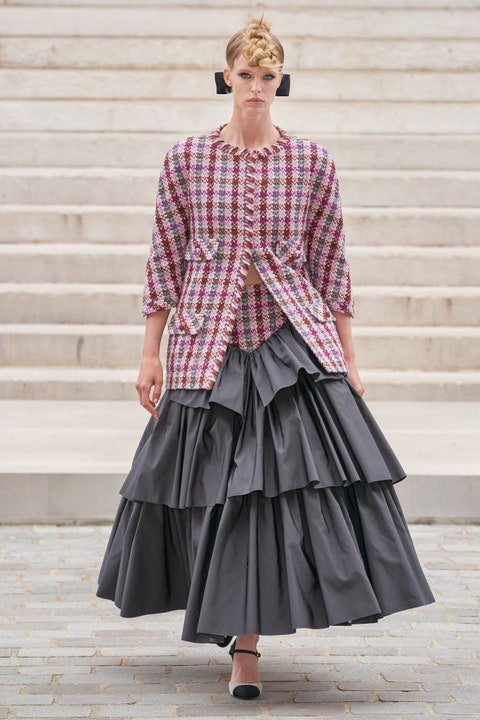 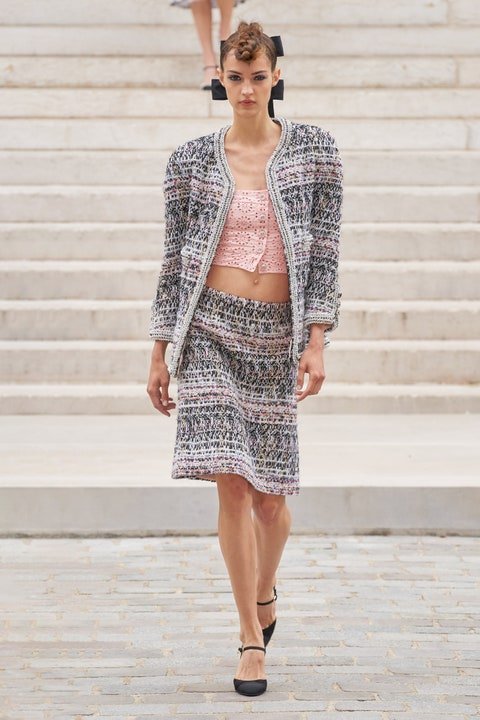 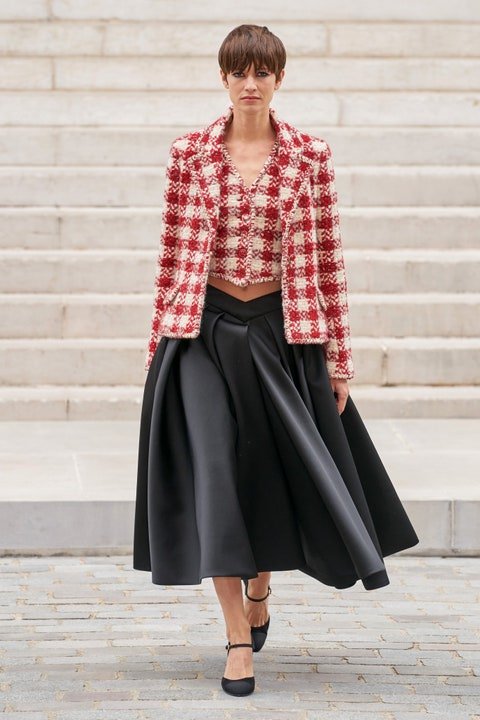 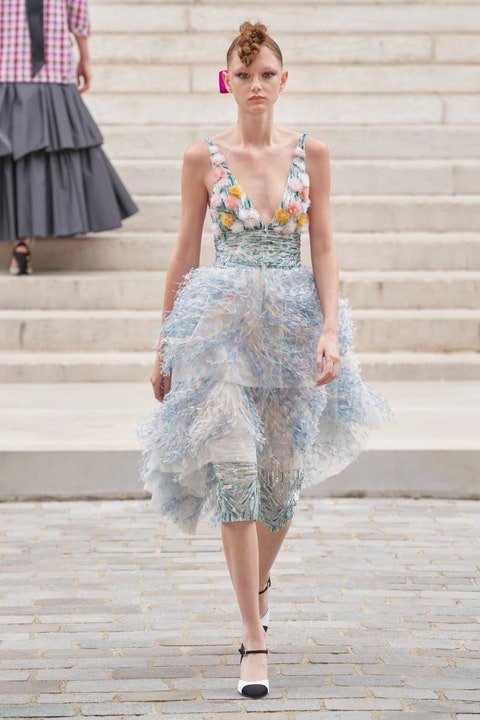 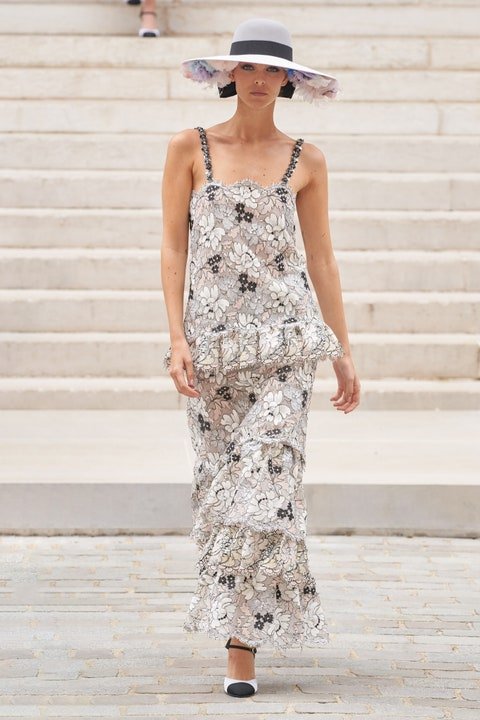 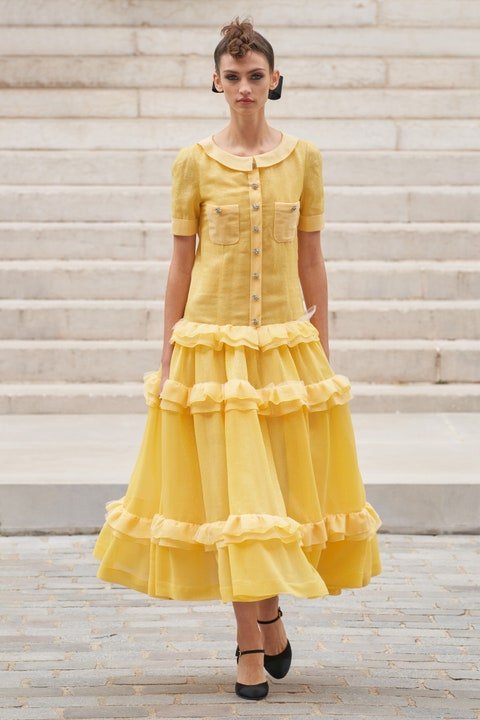 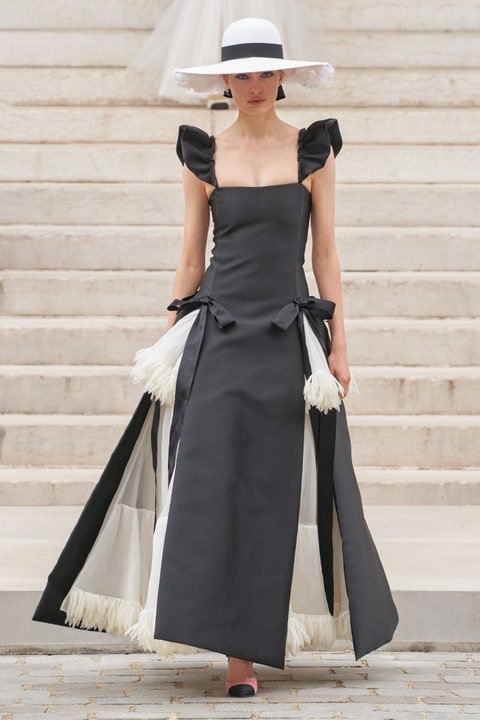