The City of Lights was recently taken over by fashion week, as designers showcased their spring and summer 2022 collections. Taking place from September 28th through October 6th, many stars made appearances at the events. 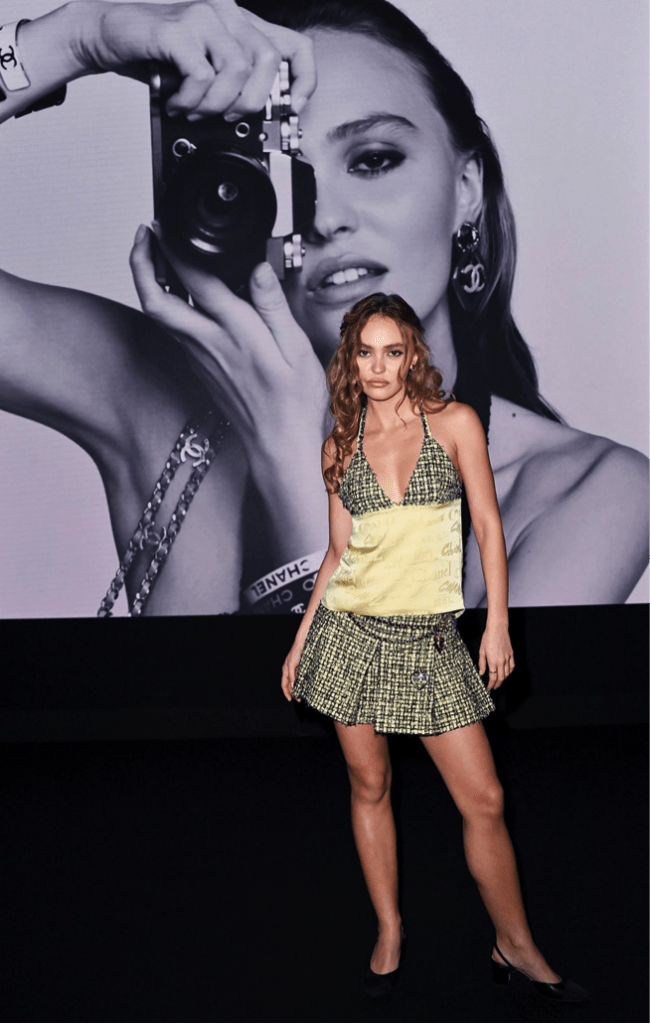 Honing in on her Parisian roots, Lily-Rose Depp made an appearance at the Chanel show on October 5th. Daughter of Vanessa Paradis, former muse for the brand, Depp carries on the family tradition as an ambassador and model for the fashion house. She wore a tweed and silk halterneck top with a matching skirt to the event. 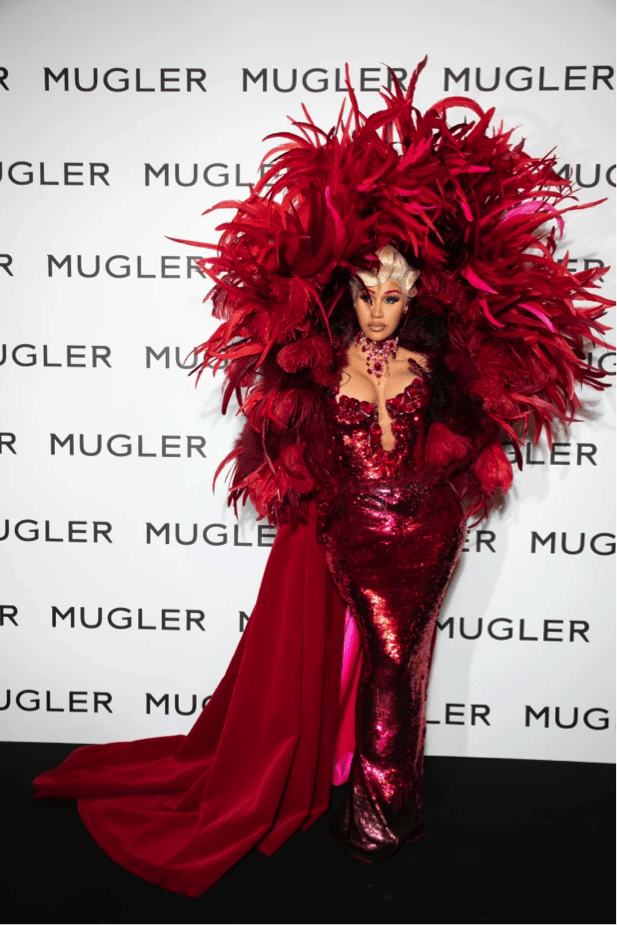 Singer and rapper Cardi B made several appearances throughout the week, eye catching and show stopping each time. Above, Cardi is seen in a Mugler gown at the Musée des Arts Décoratifs to celebrate the new “Thierry Mugler Couturissime” exhibition on September 28th. 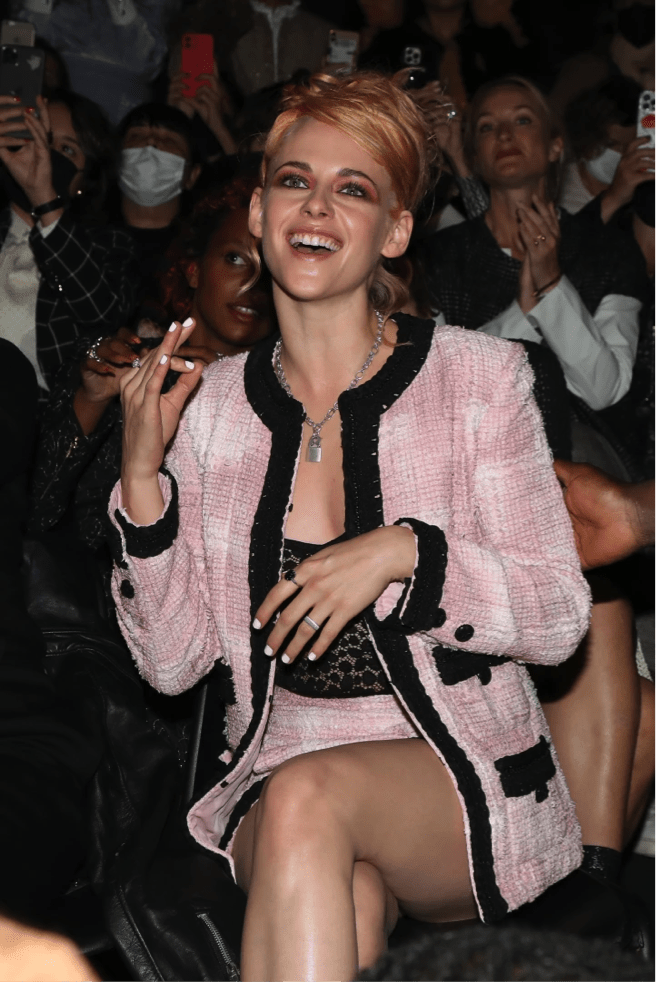 Kristen Stewart was spotted front row at the Chanel wearing a tweed black and pink suit and skirt set on October 5th. 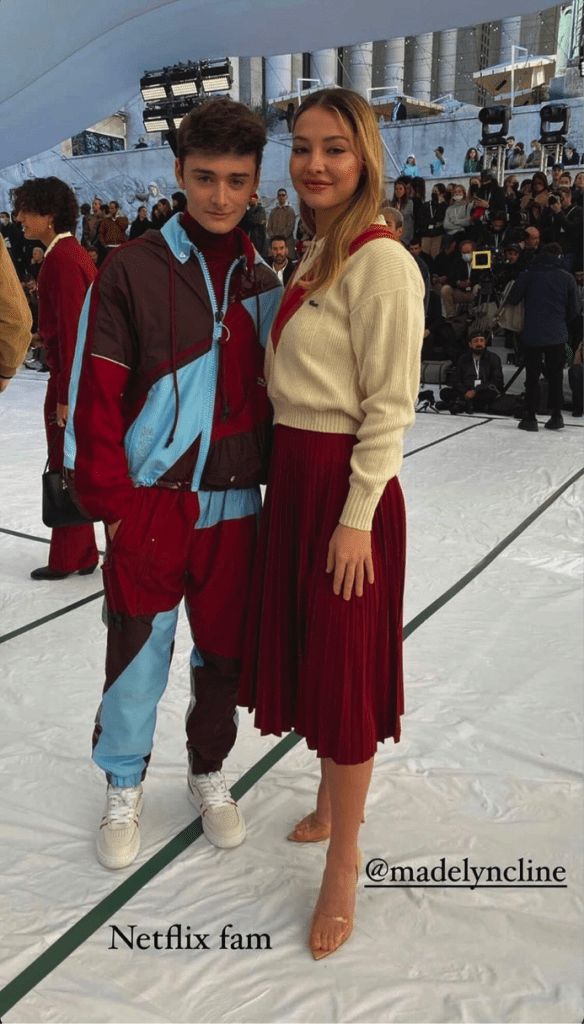 Stranger Things and TikTok star Noah Schnapp attended the Lacoste show on October 5th. He wore a multi-colored tracksuit and posed for a picture with Outer Banks star Madelyn Cline. 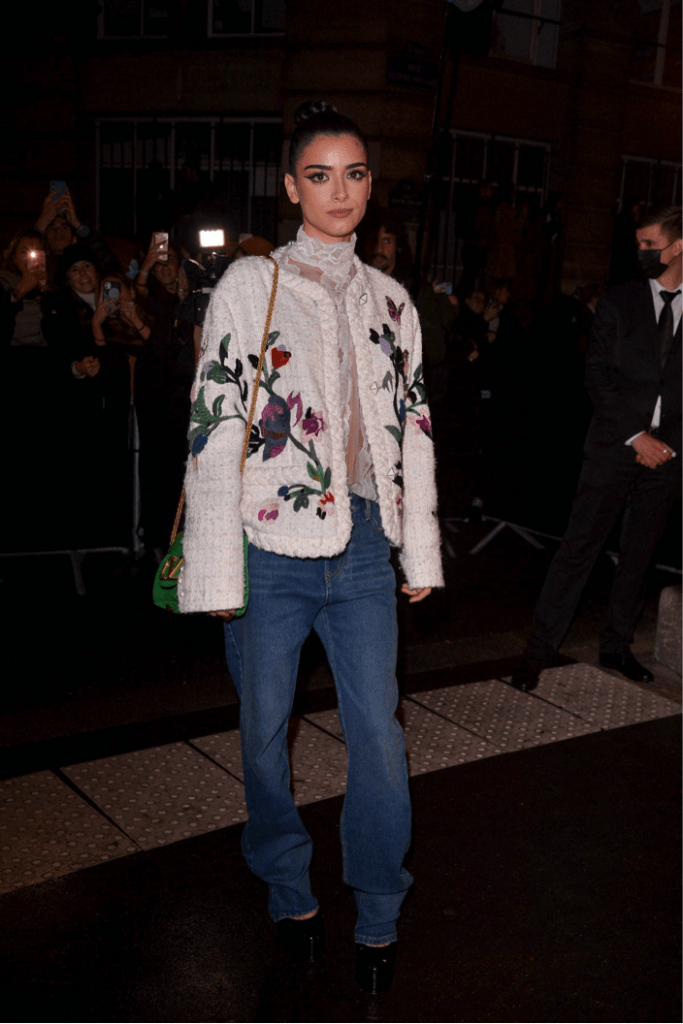 Who is your favorite celeb that attended Paris Fashion Week?