Chance The Rapper Is The Best New Artist Of The Year

Chance The Rapper has emerged as one of the most positive, original and best new artists out right now. Rolling Stone christened his mix-tap the best hip hop release of the year.

The 23 year old Chicago native is absolutely killing it on his live TV performances. Earlier this year, he gave a heartfelt tribute to Muhammad Ali at the ESPYs by performing a brand new song alongside a gospel choir.  On Ellen last week, he tore the house down when he destroyed a fake record label office while performing “No Problems” with 2 Chainz and Lil Wayne.

The absolute show stopping performance was when he performed “Blessings (Reprise)” on Jimmy Fallon with a star-studded cast of background singers, including Anthony Hamilton, Ty Dolla Sign, Raury, and Dram. It started out subdued, but by its conclusion, the impromptu supergroup was joined by a gospel choir, and the crowd lit up. 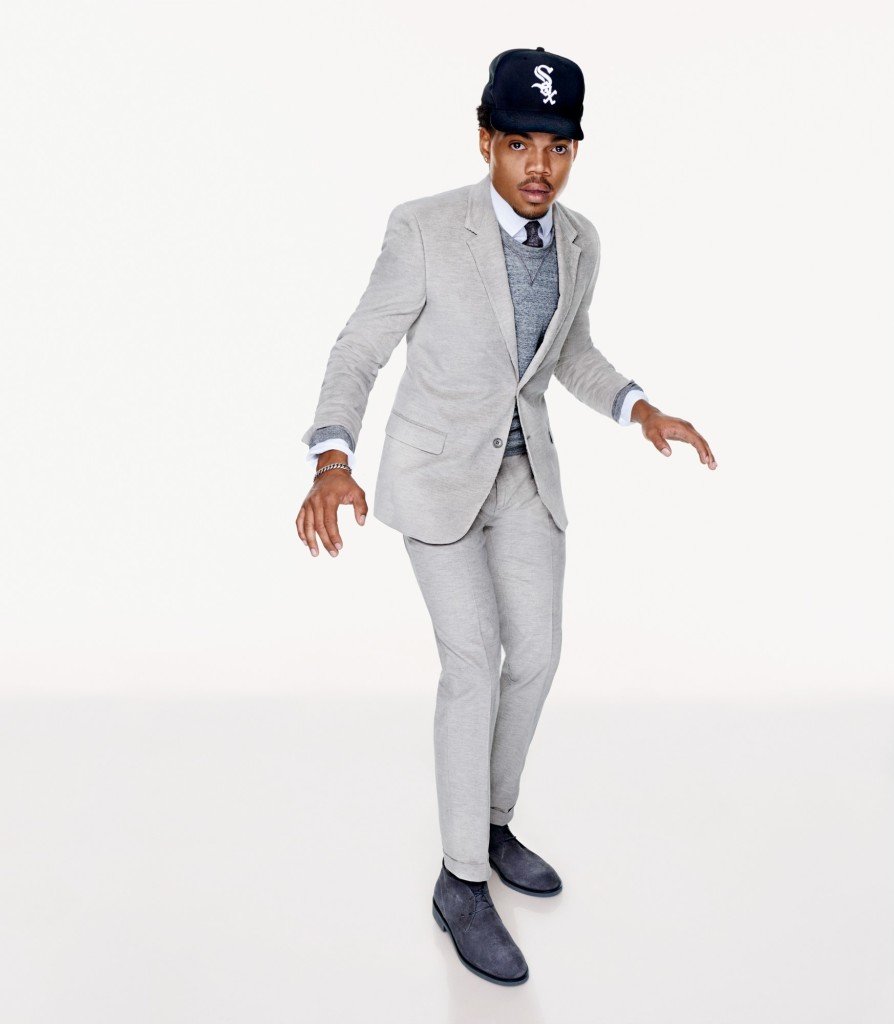 Prior to that he’d made 10 Day a cheerful mixtape he recorded while on suspension from high school for “weed-related activities,”  just before his next album Acid Rap, the bratty, beatific record that helped make him famous among rap fans and actual rappers like Kanye West. He notoriously turned down every major record label. He is anti-label and releases everything independently.

The Acid Rap album, was a reference to acid jazz, but also actual acid. “I was just doing a lot of drugs, just hanging out. I was gone all the time.”

He tells a story about his spiritual and musical progression that started one day when he went over to his grandmother’s house.

“And she looked me in the eyes and she said, ‘I don’t like what’s going on.’ She said, ‘I can see it in your eyes. I don’t like this.’ And she says, ‘We’re gonna pray.’ And she prayed for me all the time. Like, very positive things. But this time, she said, ‘Lord, I pray that all things that are not like You, You take away from Chance. Make sure that he fails at everything that is not like You. Take it away. Turn it into dust.’ ”

He appreciated it but also: “I’m thinking, like, damn, I don’t even know if God likes rap! You know what I’m saying? Is she praying that I fail at everything I’m trying to do?”

But then he decided to take it how she meant it, which was as a blessing. She meant that what he succeeded at would have God in it, somewhere. What he failed at would not. He embraced his own lack of control: “Things that you push so hard to get, and they don’t work out—I don’t dwell on them as much, because she said that. You know? Because it makes me feel like, you know…everything is mapped out.”

Chance The Rapper on Jimmy Fallon

Chance The Rapper on Ellen with Lil Wayne and 2 Chainz