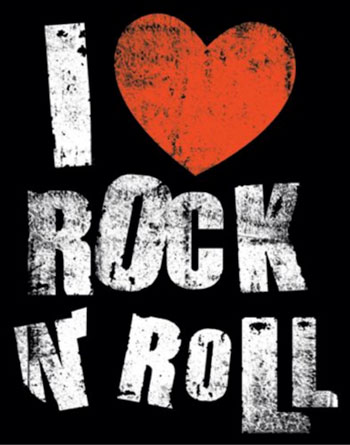 I don’t listen to a lot of rock. I grew up in the Midwest on classic rock and kind of overdosed on it long ago. Don’t get me wrong I will never get tired of Zeppelin, Hendrix, or Crosby Still and Nash, and I love all 90’s rock from Nirvana to the Afghan Wigs, but I don’t really buy Rock music now. Sure I go to Lollapalooza and Bonaroo and enjoy all the indie bands but I mostly find myself checking out the latest mix tape, which is generally Hip Hop. That said I was kind of bummed to learn that a lot of other people aren’t buying Rock either.

New York Times reports that the state of Rock music is so dire that the genre has not produced a single great album in the last few years, its music critic Jon Caramanica writes that instead of declaring the genre dead we should “call it zombified.”

Rock is, after all, still shambling around, but the best of the bunch are basically walking “in footprints laid out years, even decades, earlier.”

Possibly it is fact that it’s the old guard? U2 and Bruce Springsteen tours bring in huge numbers. Bon Jovi was one of the highest grossing live acts in the last couple of years bringing in $201.1m in world ticket sales. However, its front man is 48, and according to a report by Deloitte, 40% of the front men of the top 20 highest-grossing live Rock acts in the US will be 60 or over next year; almost one in five acts will be over 50.

I personally did love that new Chili Peppers album. Anyway what do you think is the reason that the new Rock bands aren’t blowing up? Is it lack of record label support, lack of radio support or just lack of younger fans?

Sure, there is good work on the fringes, and on independent labels, but “it wasn’t so long ago that major-label rock had bursts of vitality,” Carmanica laments. Now “it’s a living funeral.”    Last year the UK Guardian reported that Rock songs in the charts fall to lowest level in 50 years, with only three tracks appearing in the top 100 best-sellers. The percentage of rock songs plummeted from a sickly 13% in 2009 to a terminal 3% – far behind hip-hop/R’n’B at 47%, pop at 40% and dance 10%, according to figures from MusicWeek.