Angelina Jolie, who filed divorce from Brad Pitt in late September, has rented a large mansion in the celebrity saturated Hidden Hills. The house is in the guard-gated community in the affluent far western suburbs of Los Angeles. The house is currently owned by Charlie Sheen’s second ex-wife Denise Richards. The property was purchased by the former Playboy model /actress in 2007 for $4.395 million and given an extensive remodel and expansion, Richards put it up for sale in June 2015 at $7.7 million. Since then the price tag has dropped to $6.895 million and the property was additionally set out as a high-end rental at $30,000 per month. 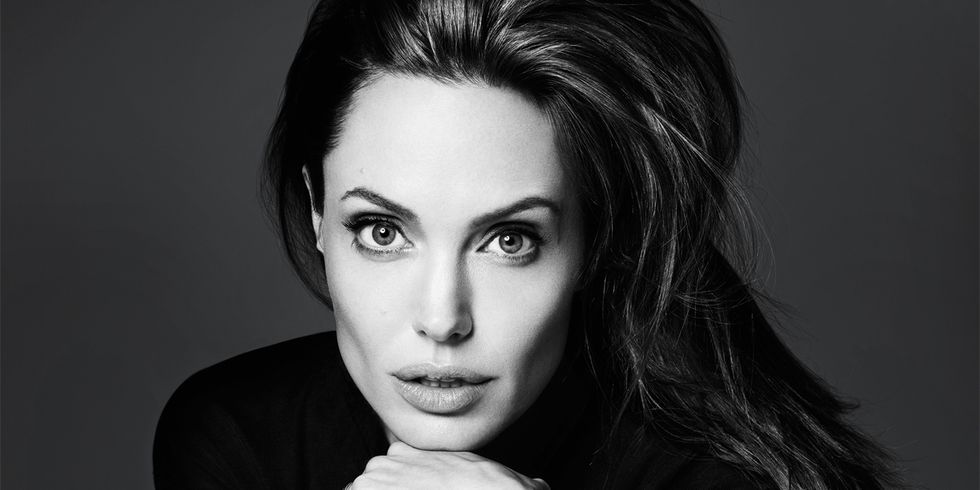 The 1.14-acre estate can provide enough room for Miz Jolie and her six children with six bedrooms, six full bathrooms and two half bathrooms in 8,284-square-feet.

The glam mansion offers a huge foyer, wine lounge with backlit floor-to-ceiling glass-fronted wine cabinets; two home offices, one upstairs and the other on the main floor; a colossal kitchen, including a pizza oven; a roomy family room that opens to the backyard; and a pet hotel with vaulted ceiling, multiple kennels and direct access to a grassy dog run. The lavishly landscaped grounds offer thick carpets of generously watered lawn surrounded by mature plants and an 800-square-foot open-air living/dining cabana with fireplace, built-in banquette seating and a fully equipped kitchen and barbecue area. Two side-by-side lagoon-style swimming pools backed by a man-made bluff-like tumble of boulders incorporate several waterfalls and a spa grotto with fire pit.

Hidden Hills is well known for its high-profile homeowners and some of the other estates and mansions inside the gates of the equestrian oriented enclave are owned by Drake, Jessica Simpson, LeeAnn Rimes, Miley Cyrus, Melissa Etheridge, Howie Mandel, and Jennifer Lopez, whose nearly 18,000-square-foot mansion is now listed at $12.5 million after she shelled out $28 to buy a roughly eight-acre park-like Bel Air estate from Sela Ward. And then, of course, there are all the Kardashian family members who own homes in Hidden Hills including Kris Jenner, 19-year old Kylie Jenner — she owns not one but three homes in the star-studded development including a 13,200-square-foot mansion she recently picked up for $12 million — and Kim Kardashian and Kanye West who have spent years and untold millions on renovations and alterations to a brand new mansion and multi-acre estate they bought in August 2014 for $19.8 million.

The Oscar-winning “Maleficent” star was granted full custody of the couple’s six children in a temporary three-week custody agreement and will reportedly seek full and permanent custody of the children in their divorce. Both Mister Pitt and Miz Jolie reportedly agreed to seek individual counseling as well as family therapy and, as a condition of visitation. After being thrown under the bus in the media by Jolie, Pitt agreed to submit to drug and alcohol testing and agreed to have at least his first visit with his children supervised by a therapist.